Accessibility links
Who Was Titian's 'Lady In White'?: A Mystery Masterpiece The elegant woman — wearing pearls, a long dress, and a slight smile — has captivated historians and art lovers for centuries. Was she a daughter? A wife? A lover? No one knows for sure. 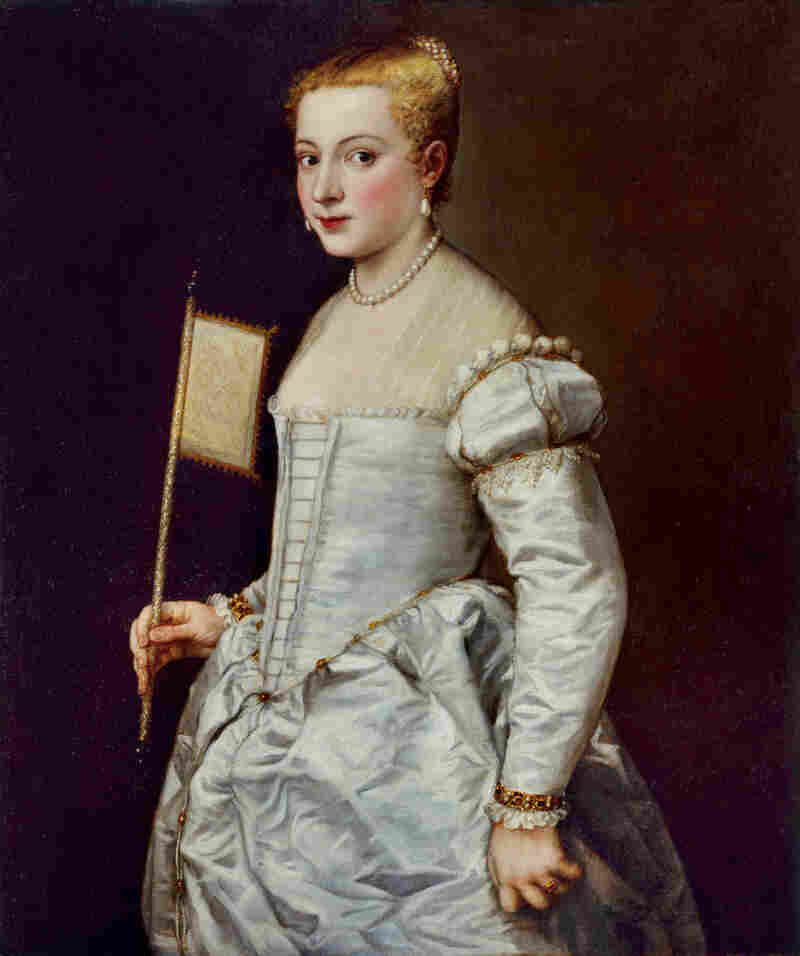 Titian painted Portrait of a Lady in White around 1561. She's captivated historians and art lovers for centuries — but nobody knows who she is. Elke Estel/Hans-Peter Klut/Gemäldegalerie Alte Meister hide caption 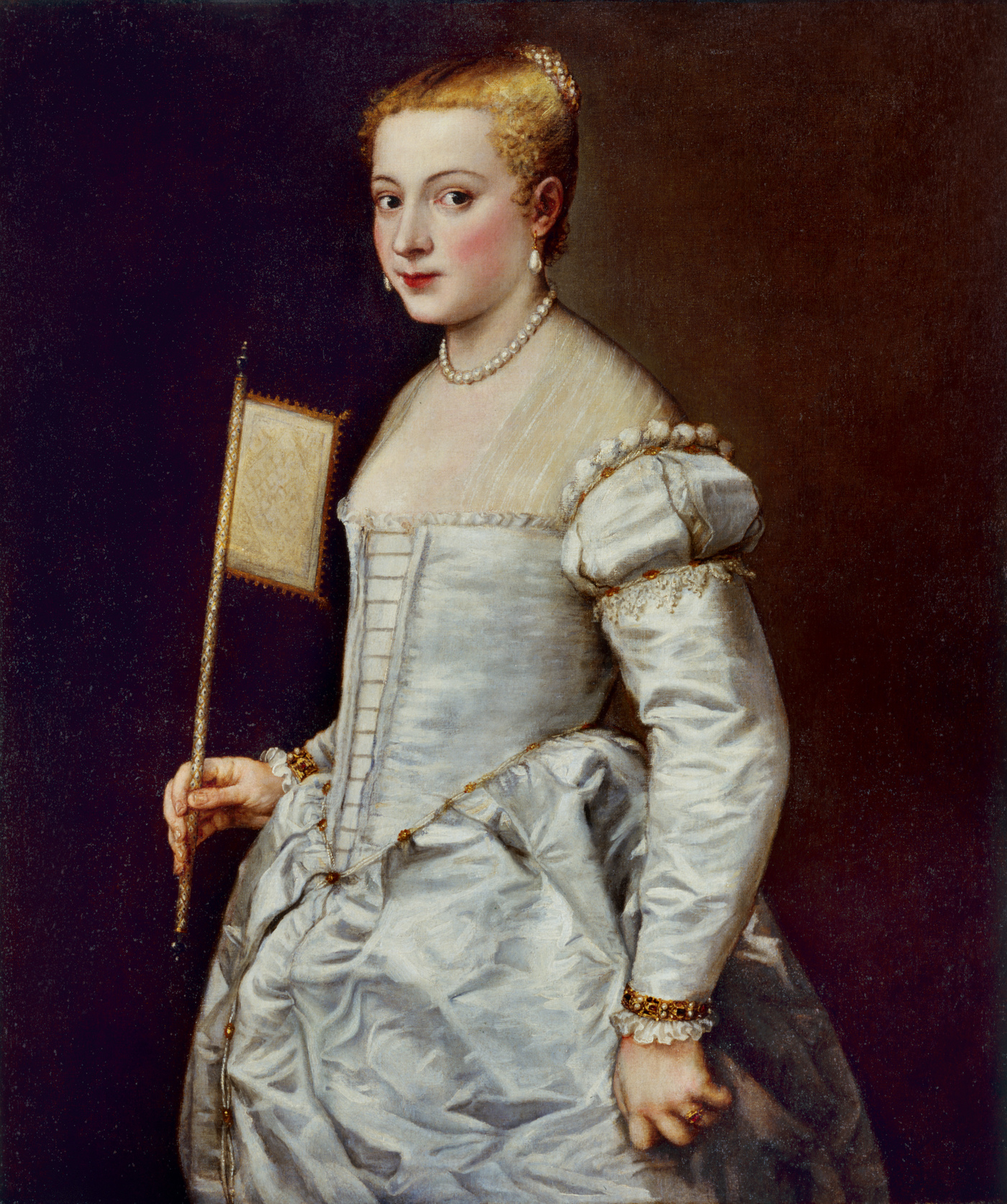 Titian painted Portrait of a Lady in White around 1561. She's captivated historians and art lovers for centuries — but nobody knows who she is.

A mysterious young woman has come from abroad and taken up residence in Pasadena, Calif. She wears a white satin dress, pearls and a ruby ring and has a slight smile — and nobody knows who she is.

In letters, the Venetian Renaissance master Titian referred to the elegant woman as his "most precious being" and the "mistress of my soul." But he never named the subject of his 1561 painting Portrait of a Lady in White.

The artwork is on loan from the Gemäldegalerie Alte Meister in Dresden. Carol Togneri, senior curator at the Norton Simon museum, where the painting is on view until the end of March, walks us through a few theories about who this captivating woman might have been.

Was she a romantic partner?

"If this is Titian's mistress, and he's in his mid 70s, there's a big age gap there," Togneri says. "While we know Titian loved his women, one would question whether Titian at the ripe old age of 75 would have such a beguiling mistress."

Perhaps there are clues in her jewels and clothes?

"Venetian women were known throughout the world as being well-dressed — sumptuously dressed — and taken care of," Togneri says.

But the Venetian state passed sumptuary laws that made extravagance a no-no.

"Women could not walk around showing all their jewelry," Togneri explains, and "certainly prostitutes were not allowed to wear any jewelry outside of the brothel."

So how does this young beauty get away with wearing these luxurious things?

Could she be a bride?

Possibly. There's been some speculation that the white dress is a bridal dress, but (and there's always a but!) Togneri says that's a puzzle because her blonde hair is fashioned into a bun.

"A bride generally wore her hair down," Togneri explains. "It's only as a married woman that her hair would be pulled back into a bun."

One thought is that she's a bride who just got married.

Was she a daughter? Or a wife?

It's possible that Titian's portrait depicts a daughter on her wedding day, but the timing doesn't quite make sense. The elder, Lavinia, had already been married for six years before the 1561 portrait was painted and Emilia didn't get married until 1568.

As for the wife theory, Togneri is skeptical. "His wives generally do not play a major part in Titian's life," she says.

So did he just make her up?

The Lady in White might not be a real person at all, but rather Titian's version of the 16th century ideal of beauty in Venice.

Togneri is always impressed by just how much people need to know who she is.

"It is remarkable to me how much we want to hang a name on this portrait — and any portrait that captures our hearts or our souls or our curiosity," she says. She is surprised by our need to link a personality to "paint on canvas."

The curator believes that this mystery will, someday, be solved. She says maybe in 50 years, maybe in 100 — someone will find a diary entry, or a payment record, or a letter, and the lady's identity will be revealed once and for all.