Accessibility links
Review: 'Birds Of Passage,' An Epic Film About The Drug Trade In Colombia An epic new film by Colombian director Ciro Guerra taps into the family versus business tension captured in great American mob sagas like The Godfather and The Sopranos. 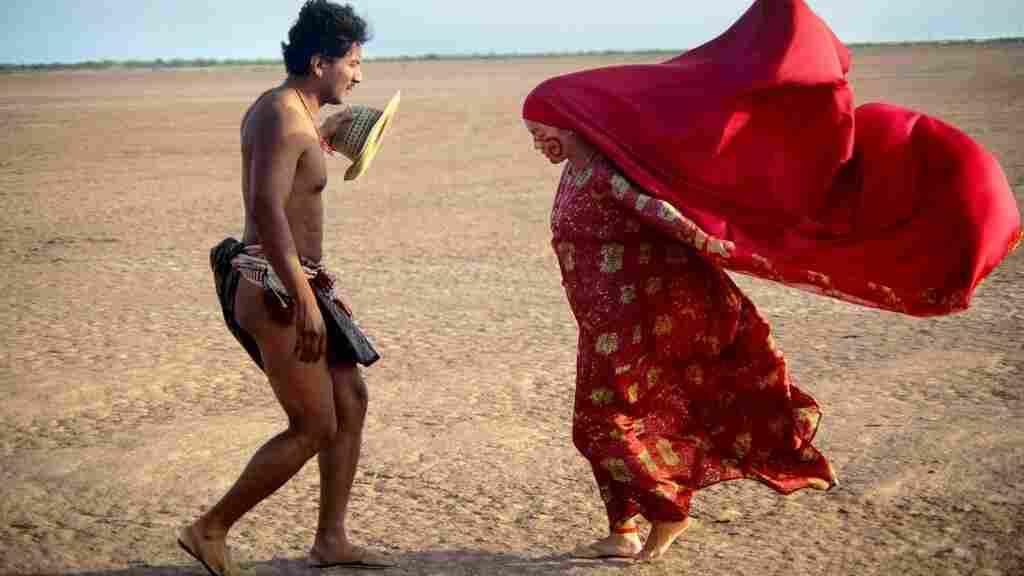 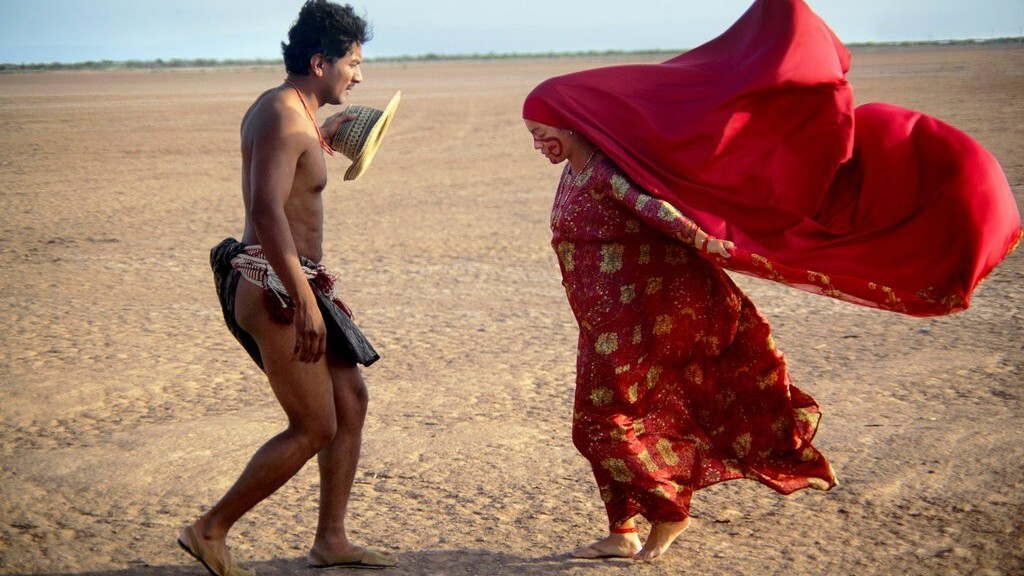 In 2016, the Colombian director Ciro Guerra received an Oscar nomination for best foreign language film for Embrace of the Serpent, a drama set in the Amazon jungle during the early 20th century. It was political filmmaking at its most poetic: starkly photographed in black-and-white and unflinching in its empathy for the indigenous cultures destroyed by white European and American settlers.

With his equally stunning new movie, Birds of Passage, directed with his longtime producer Cristina Gallego, Guerra wrings a variation on the same theme several decades later. This time, it's set against the vast, arid backdrop of the Guajira Desert in northern Colombia.

But unlike Embrace of the Serpent, Birds of Passage unfolds in gorgeous color, in staggering widescreen compositions where you can see miles of dust stretching out to the horizon. This is the home of the Wayúu people, a community governed by strict traditions and spiritual beliefs.

The Strange And Intoxicating 'Embrace Of The Serpent'

In a striking early sequence, a 14-year-old Wayúu girl named Zaida performs a public dance to celebrate her womanhood. A handsome older suitor named Rapayet approaches, and the two proceed to dance, surrounded by a circle of noisy onlookers. Their movements suggest a mating ritual between two birds.

Rapayet, played by José Acosta, is the nephew of a "Word Messenger," a respected elder in Wayúu culture. Still, Zaida's formidable mother, Úrsula, distrusts him and demands a near-impossible dowry that includes 30 goats, 20 cows and five necklaces.

But while Rapayet can't fulfill the dowry at first, he soon runs into some American hippies who are looking for marijuana — a demand that Rapayet and his live-wire friend, Moisés, are able to meet. Before long, Rapayet has married Zaida and become a successful drug dealer, establishing their family as one of the wealthiest and most powerful in the region. But while Rapayet himself is a peaceful, level-headed sort, it's clear that Moisés' hair-trigger temper and violent streak will soon bring chaos upon them.

Although it runs a swift, tightly plotted two hours, Birds of Passage is genuinely epic in scope. The story, which is told in a mix of Spanish and the indigenous Wayúu language, unfolds across five chapters set between 1968 and 1980. During those 12 years, we will witness the rise and fall of Rapayet, his family and the entire Wayúu community.

Even after the threat of Moisés has been neutralized, there's another frightening young sociopath in the family ready to take his place. Fatal clashes of ego and a bloody war with a rival clan will soon follow. Meanwhile, Rapayet and his family move into a big new house, a white-walled mansion that looks surreally out of place standing on the flat desert ground.

Like the great American mob sagas The Godfather and The Sopranos, Birds of Passage is about the eternal tension between business and family. With its striking landscapes and colorful costumes, it's also a ravishing visual showcase for a culture we rarely see in the movies.

But Guerra and Gallego refuse to sanctify or romanticize that culture, or to suggest that the Wayúu are too innocent and pure for this world. Although Rapayet and his family never dreamed they would command this much power or endure this much tragedy, they are very much the agents of their own destruction — as susceptible to the temptations of greed, cruelty and violence as anyone.

The most intriguing and complicated character is Úrsula, the family matriarch, who's played in a coolly transfixing performance by Carmiña Martínez. Úrsula often scolds her son-in-law Rapayet when he violates Wayúu protocol, saying, "This is not the way we do things."

There's a moving sense of loss in her words. Birds of Passage is about what happens when ancient practices and beliefs are subsumed by the cruel capitalist machinery of the drug trade — when a community that is already tribal in nature meets the much more vicious tribalism of organized crime. Úrsula knows the old ways will soon vanish, that her entire world will be gone and forgotten. But for at least two hours in Birds of Passage, it lives again on the screen, gloriously.