Accessibility links
Bill Weld Considers Republican Primary Challenge To President Trump Weld, the former governor of Massachusetts, told an audience in New Hampshire that he is launching a 2020 exploratory committee. 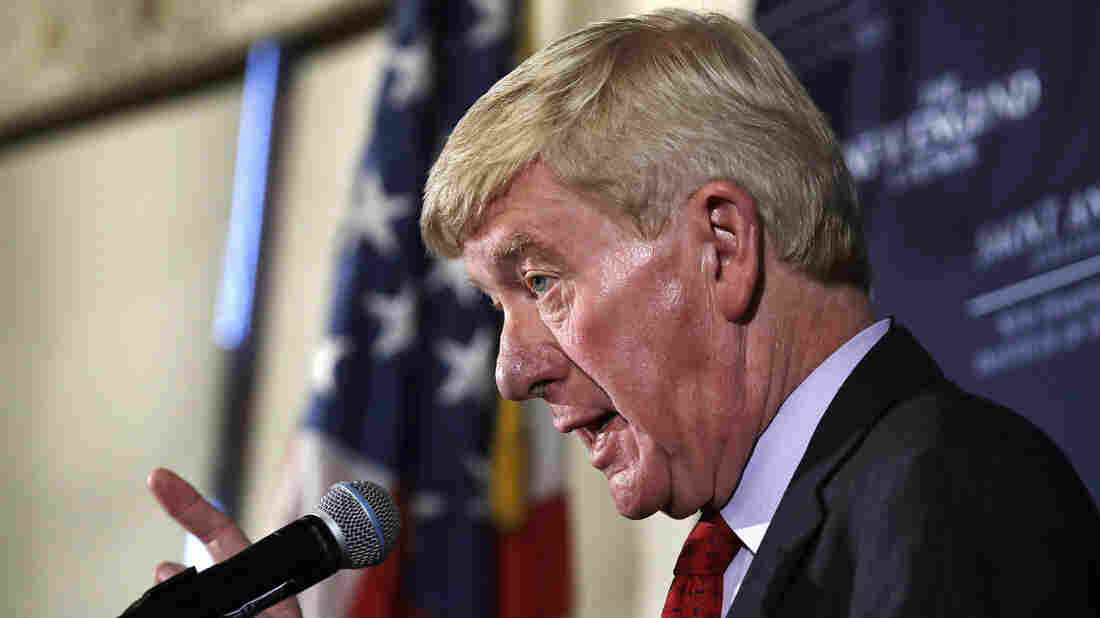 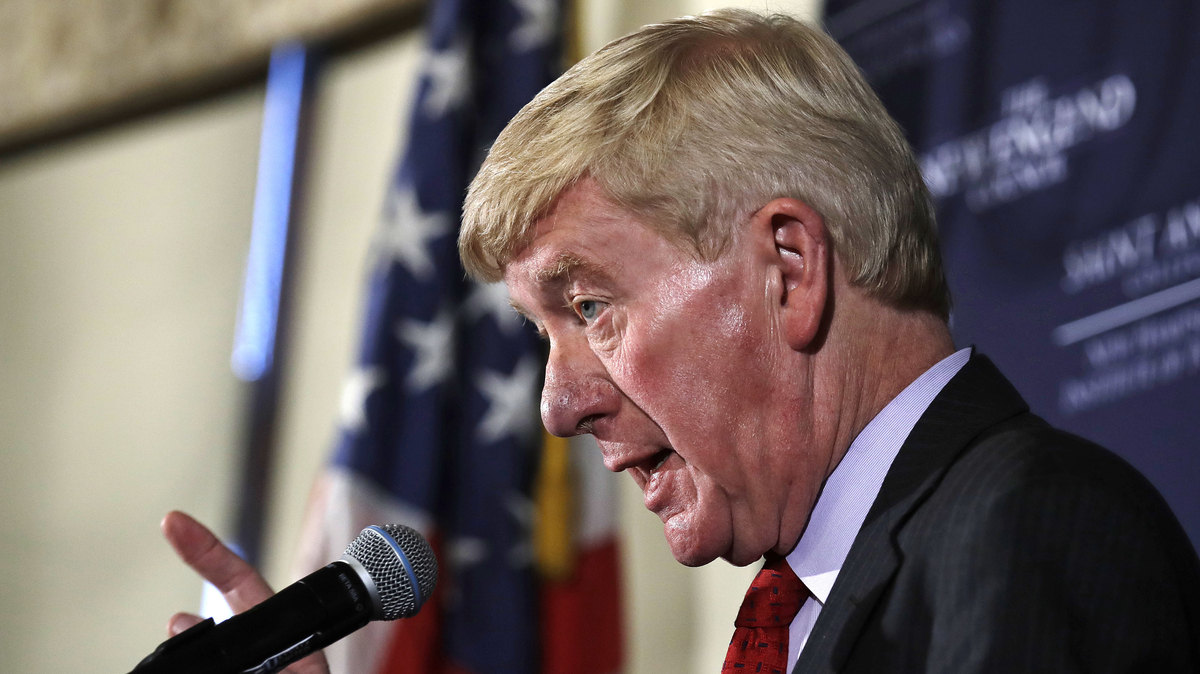 Former Massachusetts Gov. Bill Weld told an audience in New Hampshire that he is launching a 2020 exploratory committee.

Weld, a moderate Republican, was twice elected governor. He supports abortion rights and was an early proponent of gay rights.

He resigned his post as governor after being offered the ambassadorship to Mexico, but the nomination stalled in the Senate after opposition from other Republicans.

Weld then ran as the Libertarian Party's vice presidential nominee in 2016 on a ticket with former New Mexico Gov. Gary Johnson.

According to The Washington Post, Weld told the Politics & Eggs breakfast in Bedford, N.H., on Friday that Trump "acts like a schoolyard bully" and that Republicans in Washington who support him "exhibit all the symptoms of Stockholm syndrome."

"We don't need six more years of the antics we have seen," Weld said.

Weld faces an uphill battle in taking on Trump, who remains popular with Republican voters. He also isn't the only Republican who has mused about challenging the president.

But a primary challenge, even if unsuccessful, could conceivably weaken Trump, as past primary challenges hurt George H.W. Bush and Gerald Ford, both of whom fought primary opponents before losing the general election for another term.