Accessibility links
Americans Who Were Detained After Speaking Spanish In Montana Sue U.S. Border Agency "I saw that you guys are speaking Spanish, which is very unheard of up here," an agent told two women in a convenience store. The two friends were born in California and Texas.

Americans Who Were Detained After Speaking Spanish In Montana Sue U.S. Border Agency

Americans Who Were Detained After Speaking Spanish In Montana Sue U.S. Border Agency 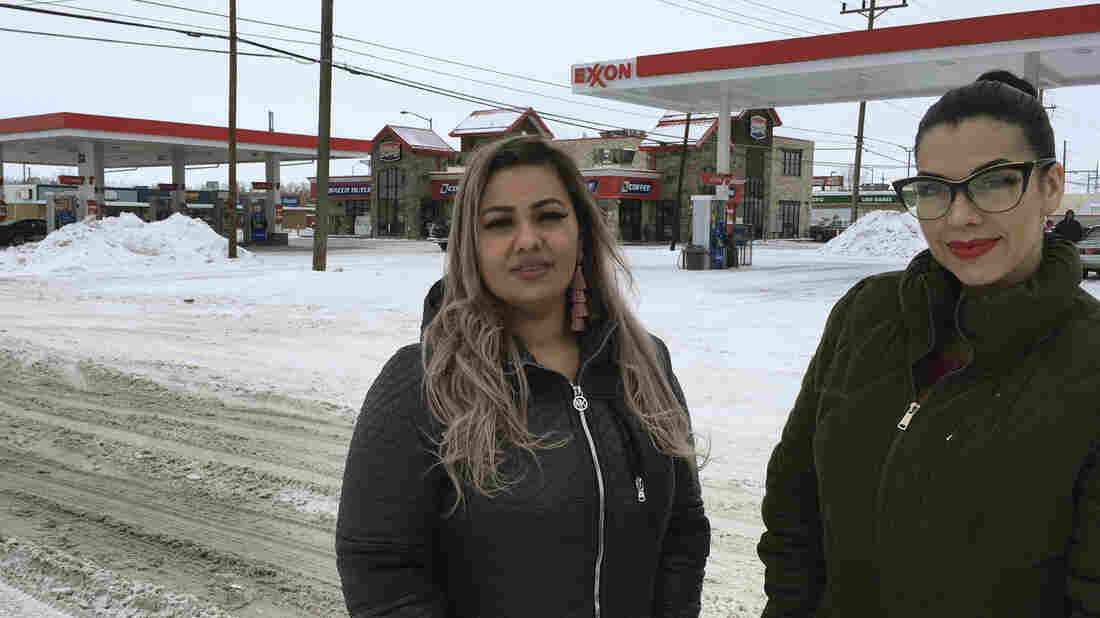 Martha Hernandez (left) and Ana Suda say they were interrupted and detained because they spoke Spanish while shopping at a convenience store in Havre, Mont. They've now filed a lawsuit. Brooke Swaney/ACLU of Montana via AP hide caption 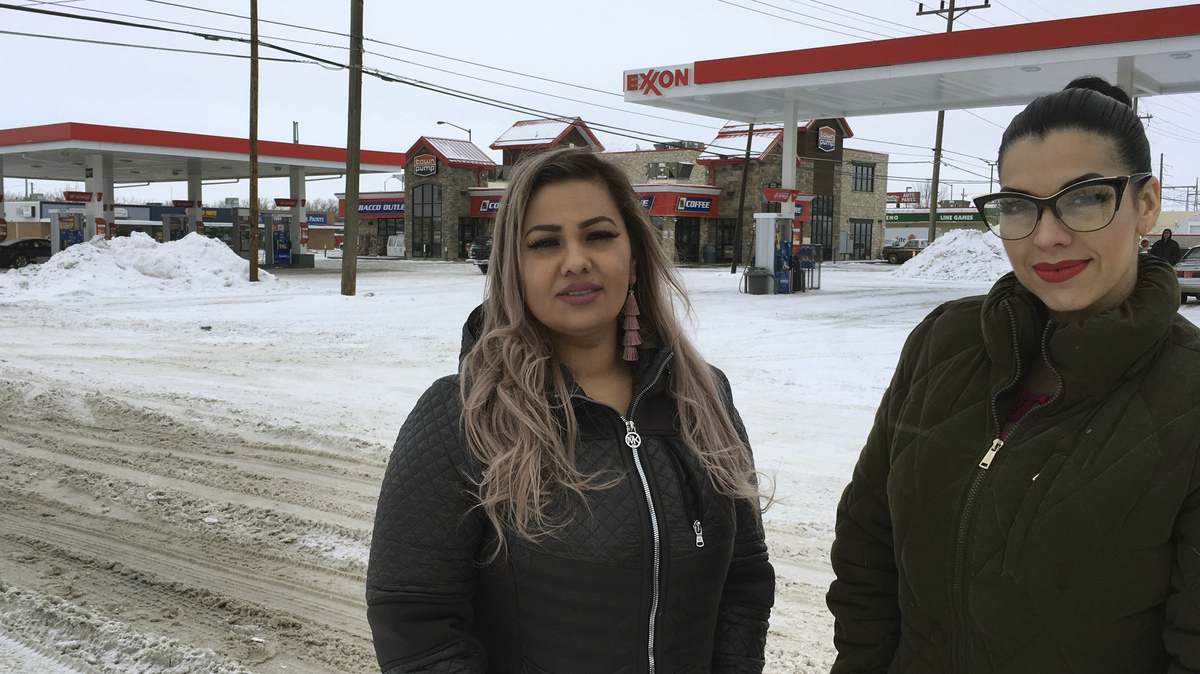 Martha Hernandez (left) and Ana Suda say they were interrupted and detained because they spoke Spanish while shopping at a convenience store in Havre, Mont. They've now filed a lawsuit.

Brooke Swaney/ACLU of Montana via AP

Ana Suda and Martha "Mimi" Hernandez — American citizens who were born in Texas and California, respectively — were questioned as they attempted to buy groceries in Havre, Mont., last May. They captured video of the encounter, which began inside the Town Pump gas station and convenience store. In all, they were detained for some 40 minutes.

In the footage, CBP Agent Paul O'Neal is seen telling one of the women, "Ma'am, the reason I asked you for your ID is because I came in here and I saw that you guys are speaking Spanish, which is very unheard of up here."

When it was posted last spring, the video raised new questions about the Trump administration's methods for carrying out a crackdown on people who have entered the U.S. illegally from the Southern border. Suda and Hernandez say the agent had no cause to detain them; they accuse the CBP of violating their rights against unreasonable seizure and equal protection under the law.

Suda and Hernandez filed suit with the help of the American Civil Liberties Union, along with its chapter in Montana and a local law firm.

The lawsuit asks a federal district court to order the CBP not to stop or detain anyone "on the basis of race, accent and/or speaking Spanish," unless those characteristics are tied to a specific and reliable suspect description. They also want the court to declare that someone's race or language isn't enough on its own to create suspicion to justify a seizure or detention. The suit also seeks unspecified compensation and punitive damages.

The two friends have lived in Havre for several years, working as certified nurse assistants at a local medical center and raising their children, according to their lawsuit. They say they had left work, gone to the gym and were waiting to pay for their milk and eggs when Hernandez said hello to O'Neal in the checkout line — and that he replied by saying she had a strong accent.

He then asked the pair where they had been born — leading Suda to ask, "Are you serious?"

"Dead serious," O'Neal responded, according to the suit.

Suda told the agent she had been born in El Paso, Texas; Hernandez said she was born in El Centro, Calif. But that didn't satisfy O'Neal, who "demanded that the two provide him with identification and refused to let them pay for their groceries" until they complied, the suit states.

O'Neal then took the women outside by his CBP jeep. At that point, the women started using their phones to film what was happening. As they did that, O'Neal radioed in their names and dates of birth.

When one of the women asked whether they were being detained "because of our profiles," O'Neal replied, "No, it has nothing to do with that. It's the fact that it has to do with you guys speaking Spanish in the store, in a state where it's predominantly English-speaking, OK?"

The women say they were detained for a total of around 40 minutes — spending much of it standing by the CBP car.

"So it is illegal to speak Spanish in Montana?" Suda asked O'Neal.

"Well, ma'am it's not illegal, it's just very unheard of up here," the agent said.

"The United States has no official language," the suit states, adding, "Many United States citizens, and many non-citizens who are in this country lawfully, are not fluent in English."

After O'Neal's supervisor arrived at the scene, Suda asked whether they would have been detained if they had been speaking French in the store. For reference, Havre is only about 20 miles from the U.S.-Canada border.

"No, we don't do that," the supervisor replied, according to the court document.

Suda and Hernandez's lawsuit describes the experience as one of humiliation that has inflicted emotional and psychological harm — and has stoked fears of speaking Spanish in public.

Alex Rate, one of the women's lawyers with the American Civil Liberties Union of Montana, tells member station MTPR that the plaintiffs have felt repercussions both from the incident and their decision to go public.

"This is a small town and so there have been confrontations around town amongst other people," Rate said, according to MTPR. "There have been issues at Ana and Mimi's (Martha's) place of employment. So it's just fair to say that folks know that this is out there, and they don't like the fact that Ana and Mimi are standing up for their rights."

The lawsuit also alleges that Suda and Hernandez had narrowly missed being detained earlier in 2018, when a CBP agent who saw them dancing one night took photos of them that he shared with other agents, along with a message: "There are two Mexicans at the bar."

The incident might have resulted in the pair being detained, the suit says, if another agent hadn't replied that he recognized the women — and that they were friends with his wife.

Contrary to the CBP agent's statement that Spanish isn't spoken often in Havre, the lawsuit states that a local radio station broadcasts in the language and that despite having a population of fewer than 10,000 people, the town is home to "a strong and vibrant Latinx community."

An earlier headline on this story incorrectly said the women are suing the Border Patrol. The suit names Customs and Border Protection.