Accessibility links
Senate Panel Launches Probe Of Think Tank Linked to Butina, Russian Agent Leaders of the Senate Finance Committee sent letters to the Center for Public Interest, the Federal Reserve and the Treasury Department asking for information about meetings with Russians in 2015. 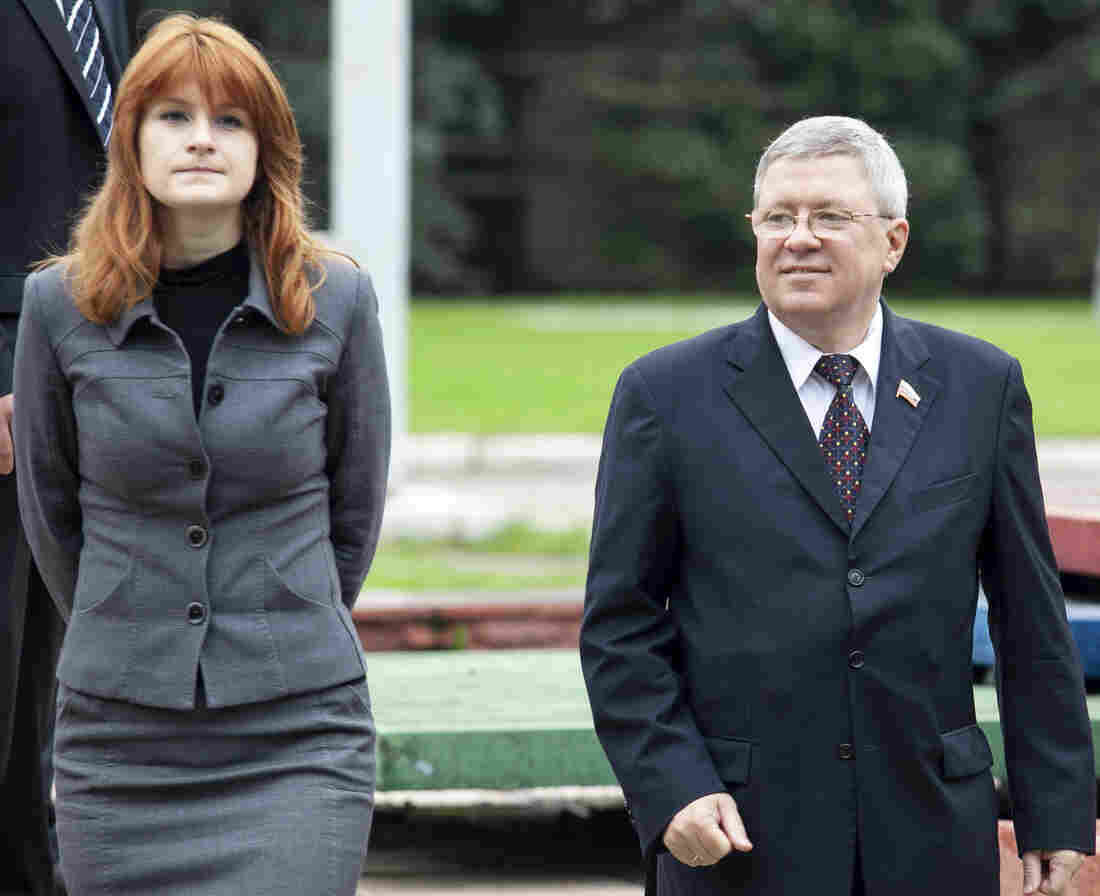 Maria Butina walks with Alexander Torshin, then a member of the Russian upper house of Parliament, in Moscow in 2012. The Senate Finance Committee is now investigating a think tank linked to both of them. Pavel Ptitsin/AP hide caption 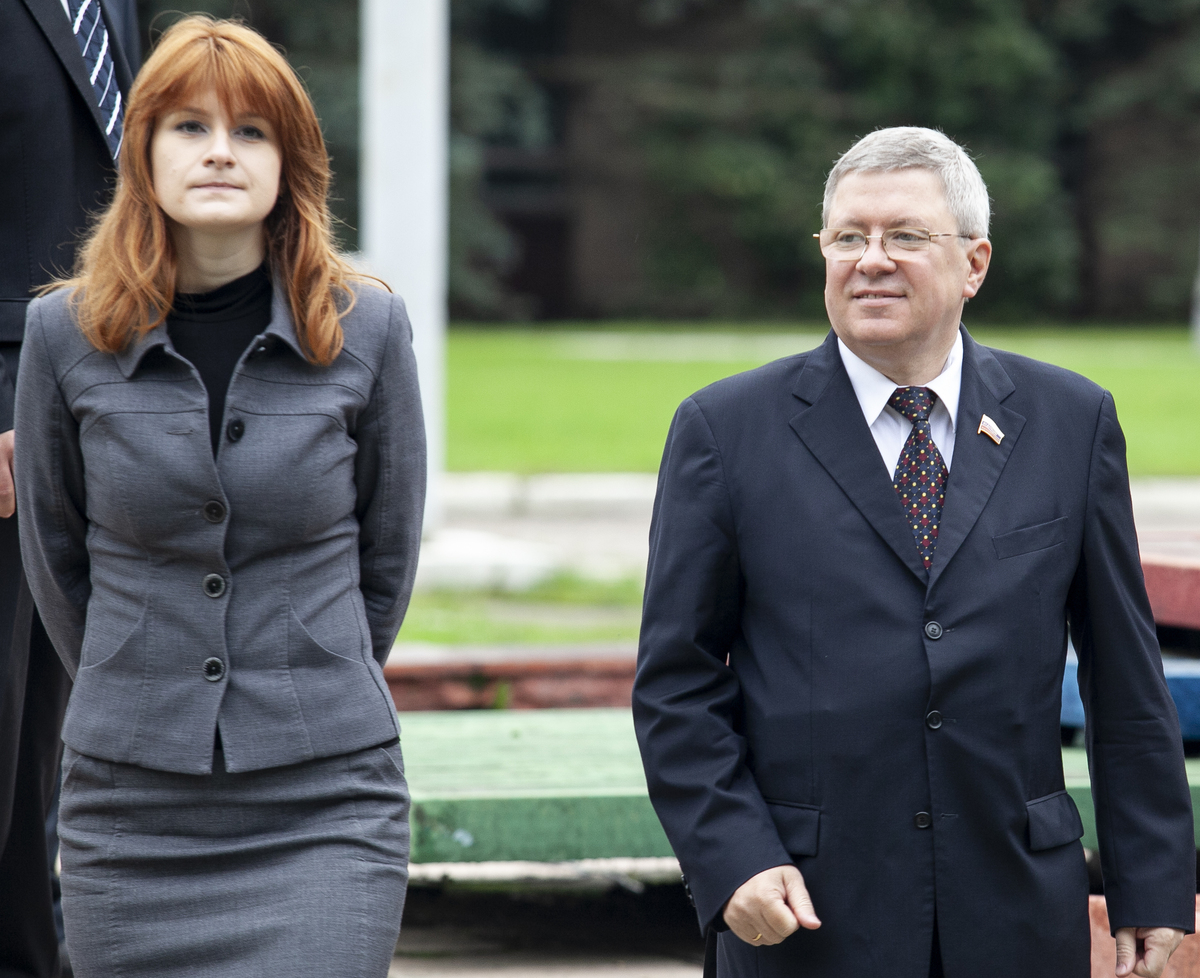 Maria Butina walks with Alexander Torshin, then a member of the Russian upper house of Parliament, in Moscow in 2012. The Senate Finance Committee is now investigating a think tank linked to both of them.

The Senate Finance Committee is launching a bipartisan investigation into how a conservative think tank aided Maria Butina, the admitted Russian agent who sought political influence through her ties with the National Rifle Association.

Butina pleaded guilty to acting as a foreign agent in the United States in December, and her alleged Russian government handler, Alexander Torshin, was sanctioned by the U.S. in April 2018.

In a letter to Dimitri Simes, the CEO of the Center for the National Interest think tank, the committee requested records related to meetings Torshin and Butina had in 2015 with the Federal Reserve vice chairman and the Treasury Department undersecretary for international affairs.

Republican Chairman Chuck Grassley of Iowa and Democratic ranking member Ron Wyden of Oregon also sent letters to the Treasury Department and Federal Reserve to find out more about these meetings and to receive more details about their policies regarding meeting with foreign officials.

A Freedom of Information Act request by NPR, which the Federal Reserve responded to the day before the Senate Finance Committee made public its intention to investigate, answers some of the questions being posed by the committee.

The documents reveal that Paul Saunders, then the executive director of the Center for the National Interest, reached out to the Federal Reserve to set up meetings for Torshin. "I am writing to request an appointment for Mr. Alexander Torshin," Saunders wrote, in a March 2015 email. "Mr. Torshin is in the United States on a private visit. ... He would like to discuss U.S.-Russia relations and international economic issues and can also share his perspective on Russia's financial situation and its impact on Russian politics."

The Center for the National Interest was established by former President Richard Nixon and is considered a conservative think tank with a reputation for following a foreign policy school of thought known as realism. Henry Kissinger is the honorary chairman of the board of directors, and many of the other directors are well-known conservative thinkers.

The memo reveals that back in spring 2015, both Torshin and Butina were already touting their relationships with the National Rifle Association — and that the meetings with senior officials were an offshoot of their primary trip purpose: to attend the yearly NRA conference.

"Butina ... served as translator during the meeting. She is Founding Chairman and Board Member of a Russian organization which promotes the right to bear arms. They are both life members of the National Rifle Association," the internal memo reads. "They are in the United States to attend the NRA's annual meeting."

The Senate Finance Committee's public announcement Friday of a bipartisan probe into this matter reveals a new element of the numerous congressional investigations into Russia.

"A critical issue facing the Committee and the country is the extent to which the Russian government engaged in efforts designed to undermine our political system and governmental policy through obfuscation and manipulation," the two senators wrote in their letters Friday.