Accessibility links
Not My Job: We Quiz Matt Smith, Prince Philip On 'The Crown,' On Prince The actor, who stars in Doctor Who, Mapplethorpe and Charlie Says, has also famously played a British prince. So we asked him to answer three questions about the Minnesota Prince. 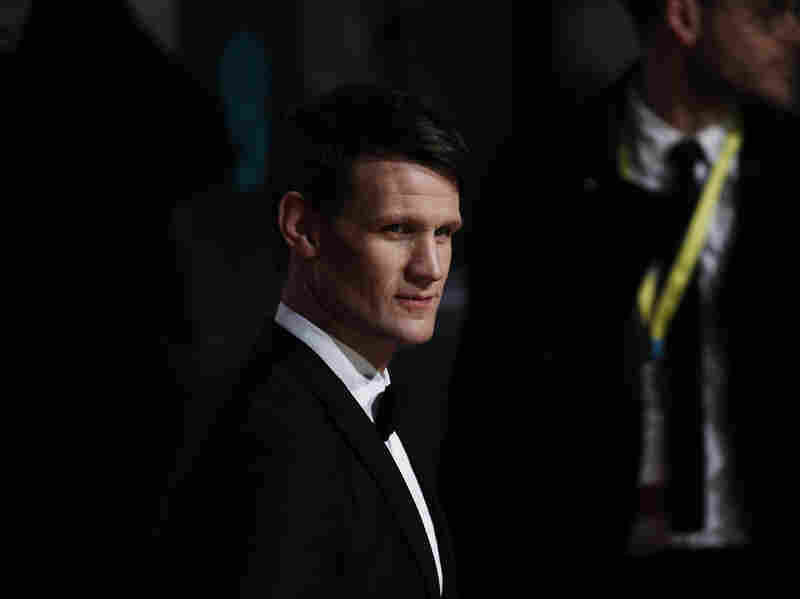 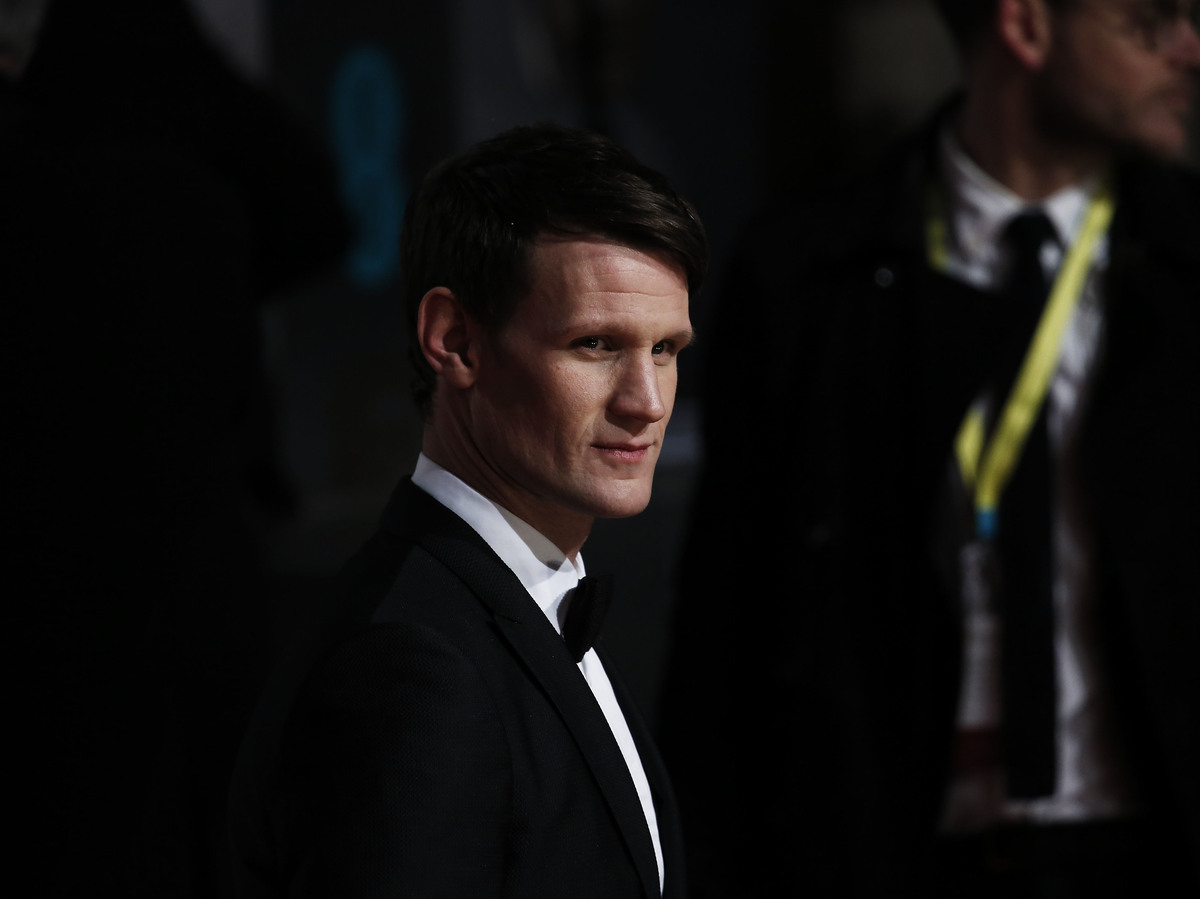 Matt Smith first became famous playing the Doctor on the iconic British TV show Doctor Who. Then he got more famous by playing Prince Philip on the Netflix series The Crown. Now he's playing the role of the famously transgressive photographer Robert Mapplethorpe (Mapplethorpe), before playing Charles Manson (Charlie Says). We're beginning to suspect he's not actually any of those people, but instead some kind of actor.

Since he plays Prince Philip, we asked him to answer three questions about the true prince: that is, the late great musician Prince.

Playing The Royals In Netflix's 'The Crown'

And now the game where people who've done an awful lot of things - well, they do something else. Matt Smith first became world-famous playing the iconic British TV character the Doctor on "Doctor Who." Then he got more famous by playing Prince Philip on the TV series "The Crown." Now he's playing the role of the famously transgressive photographer Robert Mapplethorpe before playing Charlie Manson. We're beginning to suspect he's not actually any of those people but instead some kind of actor.

MATT SMITH: Thank you very much.

SAGAL: So the place to start is, who are your more obsessive fans - are the fans of you as the Doctor or as Prince Philip on "The Crown" - both hugely popular shows?

SAGAL: You were, as I understand it, the youngest person to take over the role of the Doctor. It was about 2010 when you did that. And you're - for people who don't know, the Doctor has been played over the course of 50 years by a bunch of different actors, and there's a conceit that he regenerates, and he gets - he becomes a different person, obviously.

SAGAL: And your Doctor seemed to be having a lot of fun.

SMITH: Well, you know, he is. He's - you know, he's an alien. But that's what's so great about that, is it gives you carte blanche to be very inventive. Like, most other, like, characters - if you take Philip, for example, to get from A to Z, you've got to go through C, D. You've got to get to F, whatever. But with the Doctor, you can get go A, Z, back, you know, and it doesn't really matter.

SMITH: You can skip all the letters of the alphabet.

LUKE BURBANK: We lost a lot of those letters during the government shutdown.

SAGAL: Look, I'm just - before you get all high and mighty, your country is about to fall off the edge of Europe, so...

SAGAL: You know what's funny, of course, Matt? If Doctor Who were real, none of this ever would have happened.

SMITH: I know. He would have been - yeah.

SAGAL: He would have popped in. So you go from "Doctor Who," this incredibly popular pop culture thing...

SAGAL: ...To playing Prince Philip, who is a very real person.

SAGAL: So did you guys working in the show ever get anything back from the actual royal family about how they felt about how you were depicting them?

SMITH: I think that Philip was asked if he'd watched it, and he just turned round and said, don't be ridiculous, which I thought was very good.

SAGAL: Yes. So sadly, you've been phased out. I want to get to your movie, of course. You've been phased out of the crown because they're aging you out. You're going to be replaced by an older actor, Tobias Menzies. Did you argue with them to say, I can be old and decrepit?

SMITH: No. God, no. You know, two years is enough. You know, if I get that right and change it, like, every two years, I think it will be a marvelous achievement.

SAGAL: It'll be wonderful. I'm looking forward to the first season of the next episode when, of course, Prince Philip dies and regenerates as Tobias Menzies.

SAGAL: So - and then I just want to talk to you about your latest film, which is "Mapplethorpe" - that's out now - in which you play Robert Mapplethorpe - again, a very real person. He was an infamous photographer. Did you decide like, OK, I'm going to play this gay, promiscuous guy who did a hardcore sort of photography as art? Did you say, like, I will show all the people who love me as Prince Philip and Doctor Who - was this, like, distinctively trying to do something different?

SMITH: No. It wasn't that much of a considered choice, really. It was just, you know, the script was around, and I found him very interesting. I love New York in the '70s. And he had a propensity to be quite cruel and quite difficult, and I was interested in that.

SAGAL: And so after playing a very difficult and complicated figure like Robert Mapplethorpe, you decided to do something light and play Charlie Manson.

SMITH: He's the one, actually, out of all the people that I've played that are real, that having played them and sort of left them behind after it, he's the one that I go, I still can't really work out. You know, I've got a sense of Philip. I've got a sense of Robert. But Manson is someone I go, I don't really know where his truth lies. And the one thing I sort of took away for him was I just went, he's just really annoying.

SAGAL: No one's ever said that about him, I think. So it's a delight to talk to you. There's so many things to talk about. We have a game to play. But there is a question - and we ask this - I don't know if you know our show - we ask this of all our guests. It's sort of a tradition. Have you ever been stung in the testicles by a wasp?

SAGAL: Finally, we got one.

SAGAL: Tell us about it.

SMITH: Well, I mean, it's funny that you asked that question because yes, I have. I mean...

SMITH: ...Briefly. I was in a moment of passion in the outdoor arena, as it were.

SMITH: And in said moment of passion and ecstasy and joy and all that stuff, I was stung on the bollocks by a wasp.

SMITH: And I got up and ran around. And, you know, it was both uncomfortable and, with hindsight, funny. But (unintelligible).

SAGAL: Well, Matt Smith, we are all delighted to talk to you and could all day. But it is time to play a game, as we do with everyone.

SAGAL: And this time, we're calling the game...

BILL KURTIS: You don't have to be beautiful to turn me on.

SAGAL: So you play Prince Philip in "The Crown." But what do you know about the true prince, Prince? We're going to ask you three questions about the purple one, blessed be he. Get two right, and you'll win our prize for one of our listeners. Bill, who is Matt Smith playing for?

KURTIS: Cody Benjamin of Atlanta, Ga., this month's winner in the Wait Wait Quiz available on your smart speaker.

SAGAL: All right. Here we go. Now, Prince was Prince's real name. He was born Prince Rogers Nelson. But when he was very young, he preferred to be called by a nickname. What was it? A, sex monster...

SMITH: I'm going to go with B.

SAGAL: You're going to go with B. We should have anticipated you being British and not knowing about him.

SAGAL: No, I'm afraid the answer was Skipper. Prince...

SAGAL: ...Who was a child. Yeah, like, call me Skipper, he'd say. He later decided to be Prince again. Prince got an early break as a musician when he was hired to open for the Rolling Stones at a concert in LA in 1981, but it didn't go well. What happened? A, Mick Jagger looked at him and said, nobody goes on stage who's skinnier than I am...

SAGAL: ...B, fans chased him offstage by throwing garbage at him; or C, Prince announced his set by saying, sorry, but it all goes downhill after I'm finished.

SAGAL: ...He got his vengeance by becoming amazingly...

SAGAL: ...Successful and popular. All right.

SAGAL: Last question. If you get it right, you win. Prince once later in his life gave NBA star Carlos Boozer a check for half a million dollars just to apologize for something that Prince had done to him. What had Prince done? A, he once criticized Boozer's playing style on the basketball court by saying, more like Carlos Snoozer, am I right? B, when Prince rented Boozer's home, he turned Boozer's bedroom into a hair salon without asking; or C, at the 2007 NBA All-Star Weekend, Prince hooked up with Boozer's girlfriend, Boozer's ex-girlfriend and then Boozer's mom.

SAGAL: Boozer rented Prince his LA mansion. Prince totally redecorated it, made the bedroom into a hair salon. Boozer's, like, what'd you do? Prince said, oh, here. Here's half a million dollars. I'm sorry. But then Prince totally redid the house back to the way it was, and Boozer gave the half million back.

ALONZO BODDEN: Are we sure C didn't happen?

SAGAL: As far - we have no evidence of it, but it's entirely possible. Bill...

SAGAL: How did Matt Smith do on our quiz?

SAGAL: Matt Smith's new movie, "Mapplethorpe," is in theaters March 1. He's also, no matter what he tells you now, a time lord.

Matt Smith, thank you so much for joining us...

SAGAL: In just a minute, Bill reveals the secret to his youthful complexion in the Listener Limerick Challenge. Call 1-888-WAIT-WAIT to join us on the air. We'll be back in a minute with more of WAIT WAIT... DON'T TELL ME from NPR.