Accessibility links
7 U.K. Parliamentarians, In Protest Of Jeremy Corbyn, Leave Labour Party The seven politicians said that persisting anti-Semitism and leader Jeremy Corbyn's "complicit" role in Brexit led to their resignations. They say the party "has changed beyond recognition." 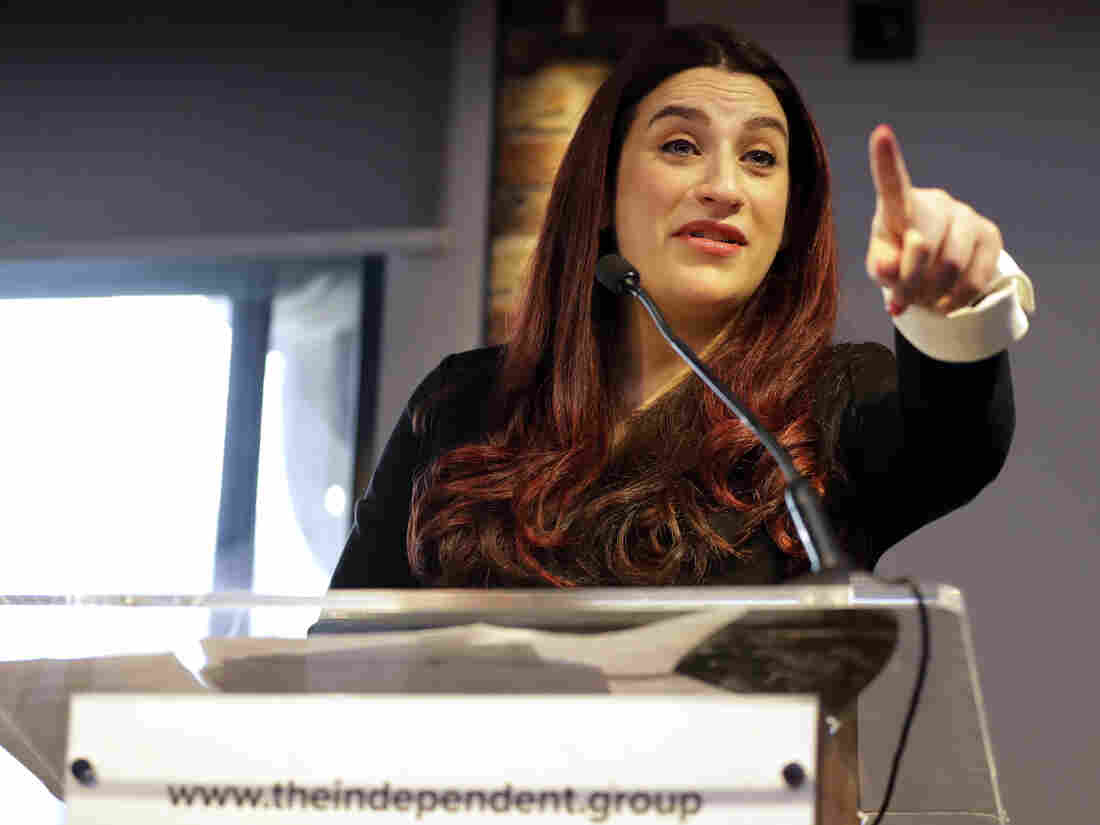 British politician Luciana Berger speaks Monday at a news conference to announce the formation of the Independent Group, as seven British members of Parliament quit the Labour Party because of its approach to Brexit and anti-Semitism. Kirsty Wigglesworth/AP hide caption 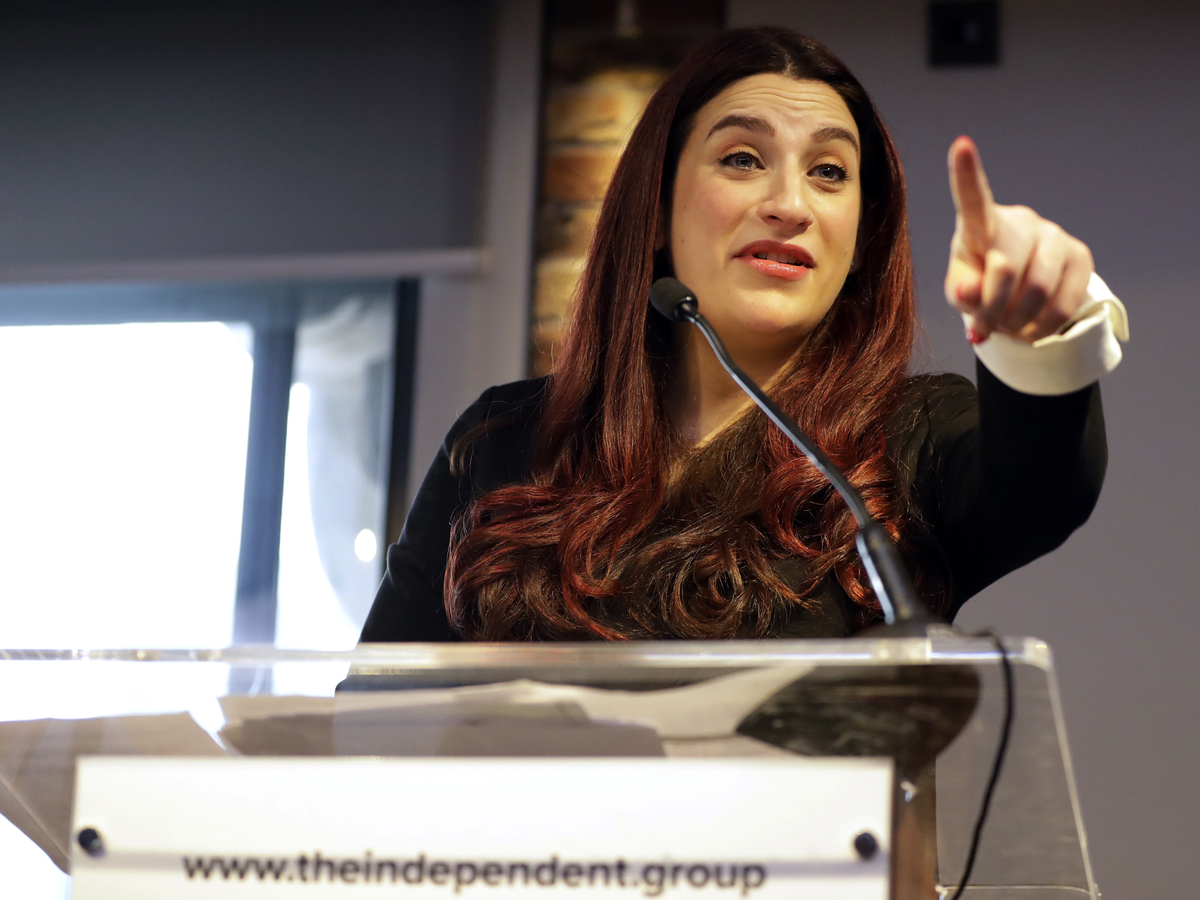 British politician Luciana Berger speaks Monday at a news conference to announce the formation of the Independent Group, as seven British members of Parliament quit the Labour Party because of its approach to Brexit and anti-Semitism.

Seven members of Britain's Parliament quit the main opposition Labour Party on Monday, accusing its leader, Jeremy Corbyn, of letting anti-Semitism flourish and failing to support a plan to hold another referendum on Brexit.

"This has been a very difficult, painful but necessary decision," Luciana Berger, one of the seven legislators who have resigned, told reporters at a press conference Monday.

British Parliament To Vote On Amendments To Brexit

British Parliament To Vote On Amendments To Brexit

"I am sickened that Labour is now perceived by many as a racist, anti-Semitic party," said parliamentarian Mike Gapes, adding that "prominent anti-Semites" were readmitted to the party.

The party's leader has long faced accusations of either being an anti-Semite or tolerating anti-Semitism. Berger said the party has failed to address a strain of anti-Semitism within its ranks and has become "institutionally anti-Semitic."

This morning I have resigned from the Labour Party after fifty years. It has been a great privilege and honour to serve my constituents for 27 years, I intend to continue to represent them as a member of the new Independent Group of Members of Parliament #ChangePolitics pic.twitter.com/wFhJTfO33M

Gapes also accuses the party's leadership of being "complicit in facilitating Brexit." The former Labour members have said the United Kingdom's imminent withdrawal from the European Union will trigger economic, political and social distress in the country.

"We've taken the first step in leaving the old tribal politics behind and we invite others who share our political values to do so too," said Chuka Umunna, another of the politicians ditching Labour. "We invite you to leave your parties and help us forge a new consensus on a way forward for Britain."

The seven lawmakers will remain in Parliament as the new, more centrist "Independent Group." They support a Final Say referendum — a second poll after citizens voted for Brexit in 2016 — which they say should take place days before the withdrawal from the E.U.

In a statement, the group said the Labour Party has abandoned its progressive values and now pursues policies that could weaken national security and destabilize the British economy for ideological objectives.

"For a Party that once committed to pursue a spirit of solidarity, tolerance and respect, it has changed beyond recognition," the group said. "Today, visceral hatreds of other people, views and opinions are commonplace in and around the Labour Party."

In response, Corbyn said he was dismayed the members of Parliament are leaving the party. "I am disappointed that these MPs have felt unable to continue to work together for the Labour policies that inspired millions at the last election and saw us increase our vote by the largest share since 1945."

He added, "The Tories are bungling Brexit while Labour has set out a unifying and credible alternative plan."

London Mayor Sadiq Khan called it a "desperately sad day," despite agreeing that the public should be allowed to relitigate Brexit and that anti-Semitism needed to be addressed within the party.

Khan and other members of the party worry that the split will lead to a Conservative government.

"We shouldn't splinter in this way," Shadow Chancellor John McDonnell told the BBC. "It is better to remain in the party, fight your corner."

But Conservatives used the announcement as a chance to denounce the Labour Party and Corbyn himself.

The resignations and speeches today confirm that the Labour Party has changed irreversibly under the leadership of Jeremy Corbyn.

Labour has become the Jeremy Corbyn Party – failing to take action on everything from tackling anti-Jewish racism to keeping our country safe.

Conservative Party Chairman Brandon Lewis accused Labour of becoming "the Jeremy Corbyn party." He said, "We must never let him do to our country what he is doing to the Labour Party today."

Nigel Farage, who helped lead the country's Brexit campaign, also weighed in on Twitter, saying, "This moment may not look very exciting but it is the beginning of something bigger in British politics #realignment."