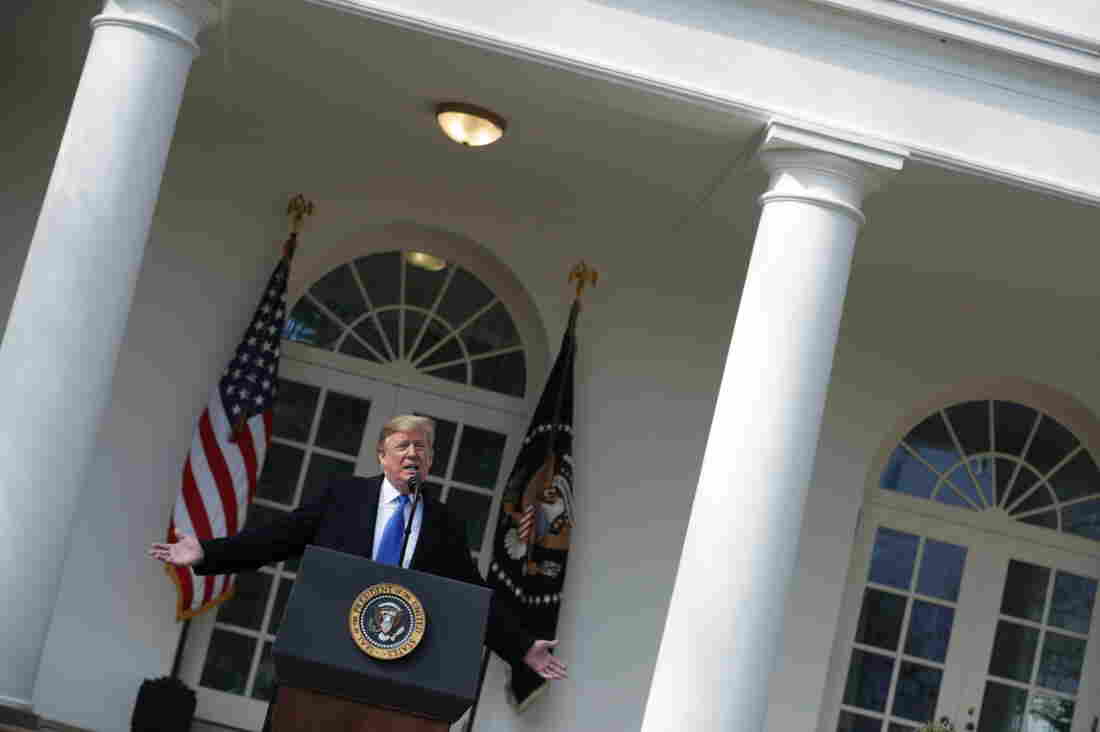 President Trump speaks Friday in the Rose Garden at the White House, where he declared a national emergency. A new NPR/PBS NewsHour/Marist poll finds most Americans don't think there is an emergency. Chip Somodevilla/Getty Images hide caption 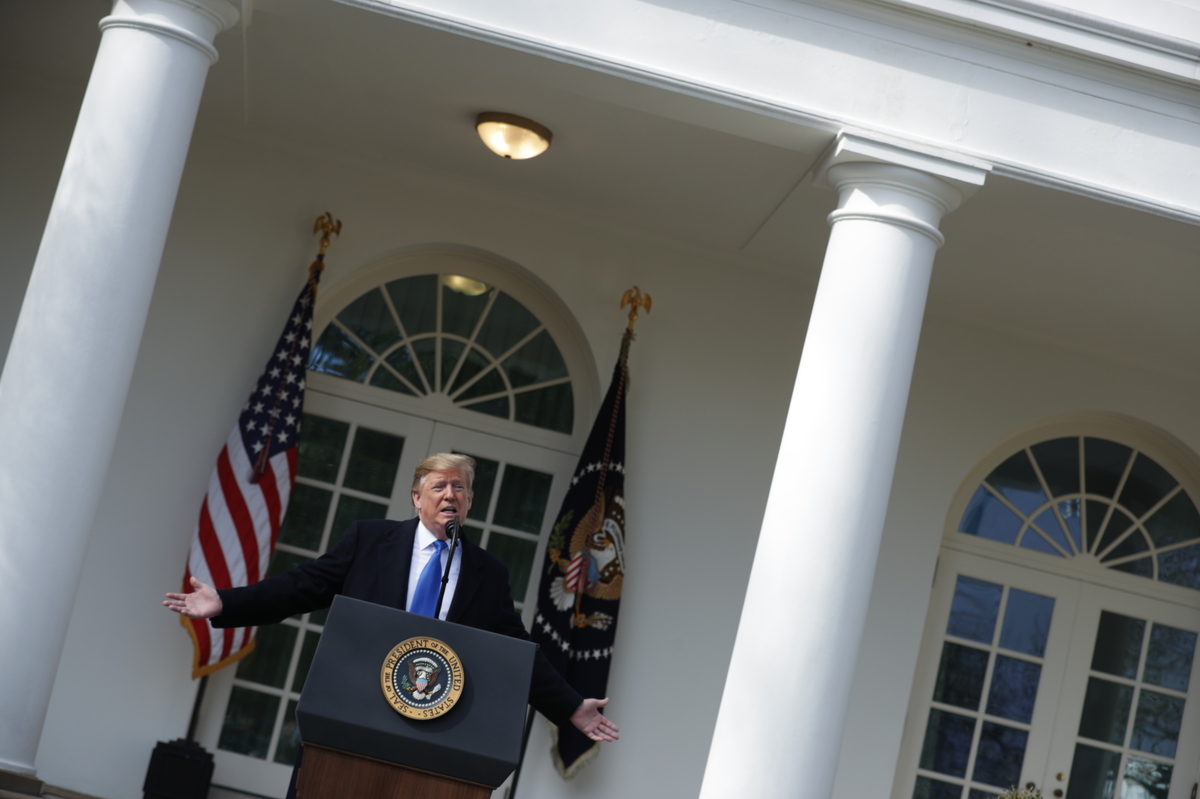 President Trump speaks Friday in the Rose Garden at the White House, where he declared a national emergency. A new NPR/PBS NewsHour/Marist poll finds most Americans don't think there is an emergency.

More than 6-in-10 Americans disapprove of President Trump's decision to declare a national emergency so he can build barriers along the U.S border with Mexico, a new NPR/PBS NewsHour/Marist poll finds.

Nearly 6-in-10 also don't believe there is an emergency at the southern border and that the president is misusing his presidential authority. They also believe that his decision should be challenged in court.

"All things related to the declaring of a national emergency, the president is striking out in the court of public opinion," said Lee Miringoff, director of the Marist Institute for Public Opinion, which conducted the survey. "He's maintaining his base and little else."

Republicans and Trump supporters are firmly with the president, while Democrats and independents disapprove. These numbers slightly outpace, but are largely reflective of, the president's overall approval rating.

So, to sum up: Not many beyond his base like this; it's unprecedented; and Americans are very polarized.

That's been the story of the Trump presidency so far. Trump has done little to move beyond his base, and that theory of politics – revving up the base and not winning over the middle – is going to be tested in 2020. It's part of what led to Democrats to winning 40 seats that were previously held by Republicans in the 2018 midterms.

Some key numbers from the poll:

--60 percent think his decision should be challenged in the courts, including 60 percent of independents

--57 percent think Trump is misusing his presidential power. (89 percent of Democrats and 61 percent of independents think he is, while 80 percent of Republicans don't).

--54 percent say this decision makes them less likely to vote for Trump in 2020, but for context, the president's disapproval rating in the January NPR/PBS NewsHour poll was 53 percent.

The NPR/PBS NewsHour/Marist poll was conducted Feb. 15 through Feb. 17, surveyed 807 adults and has a margin of error of +/- 4.6 percentage points.