Accessibility links
West Virginia's Education Bill Dies As Teachers Strike The bill was postponed indefinitely 53-45 in West Virginia's House of Delegates. Educators opposed charter schools and a new voucher system in a strike that came a year after the last walkout. 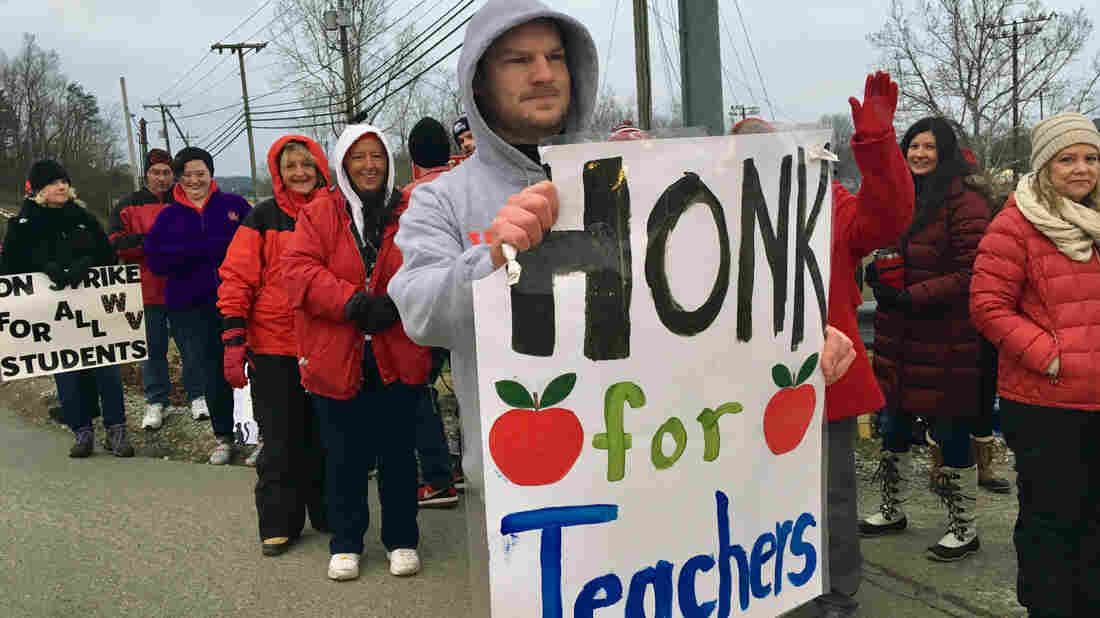 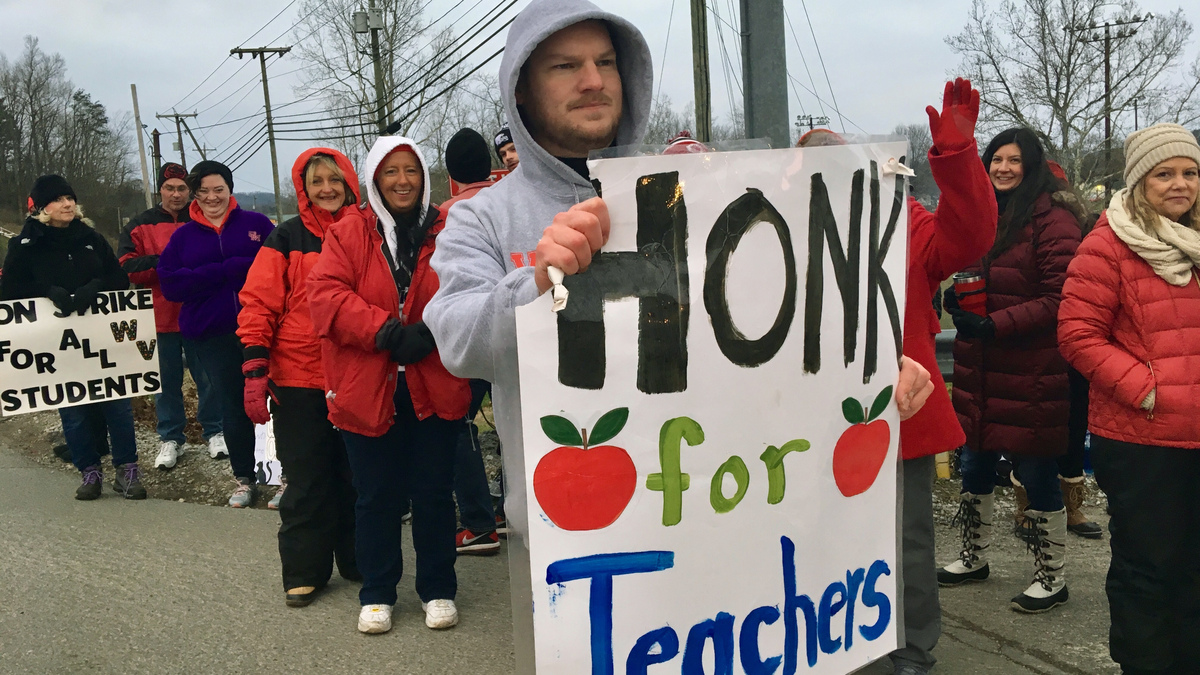 Teachers spent only a few hours striking before West Virginia's House of Delegates effectively killed a new bill that would pave the way for charter schools and private school vouchers in a state that relies primarily on public education.

Cheers came from the rooms in the Capitol where teachers on strike had assembled, and Fred Albert, president of West Virginia chapter of the American Federation of Teachers, told The Associated Press, "It was very clear today that the House heard our voice."

In anticipation of the strike, nearly all of the state's 55 public school systems canceled classes for Tuesday.

A motion to delay action until later in the day failed in the Republican-led House, and a motion to postpone the bill indefinitely prevailed. There were 53 lawmakers in favor, with 45 opposing the delay.

"I am disappointed, but let me be clear: I am not defeated," said West Virginia Senate President Mitch Carmichael.

The state's House of Delegates and Senate had gone back and forth on different versions of a bill that would overhaul West Virginia's educational system. According to the Charleston Gazette Mail, the education bill raised pay for teachers and would have increased funding for public schools, but also permitted the creation of charter schools in the state, which currently has none.

The bill also funneled public money into a voucher system, called educational savings accounts, that could be used for private and online schooling. The new proposals were unacceptable to the state's teachers unions, which called for the strike to begin Tuesday.

"We are left with no other choice," said Albert, according to the AP.

For those of you keeping score at home, Putnam Co. is the only one (as of now) left to call off school Tuesday: https://t.co/MF5oD4NpIt pic.twitter.com/yDHoiWGwTn

Democrats in the Senate complained Monday that they didn't have a chance to digest details in amendments to the bill, which local media said were revealed just 10 minutes before the floor session.

"Why are we pushing it through with about 10 minutes of advance notice?" said Democrat Michael Romano, the AP reported. "Here we are with no time to digest it." The Senate then adjourned for an hour to give lawmakers a chance to read the proposals.

In a statement, the president of the state Senate criticized the unions for their decision to strike for the second time in two school years.

"After years of ruining our state's public education system, the teacher union bosses have finally lost their grip on the Legislature and seemingly have lost their grip on reality," Republican Sen. Mitch Carmichael wrote Monday evening. "Locking our students out of schools because the teachers union bosses have lost is an embarrassment for our state."

In 2018, teachers across the state walked out in protest of what they called low teacher pay. The proposed 2 percent pay increase would have done little to offset insurance premium increases and cuts in benefits, teachers said. That strike, which lasted nine days, resulted in a 5 percent raise and inspired similar teacher strikes across the country.

Details of the controversial bill changed — sometimes dramatically — as it bounced between the two legislative chambers. At one point the Senate version of the bill would have allowed an unlimited number of charter schools. The House bill subsequently limited the number of charter schools to two and killed the voucher program; the Senate's amended version permitted seven charter schools and reinstated vouchers for up to 1,000 students who have been bullied or have special needs.

The state's three teachers unions were watching the developments carefully.

"They have made this bill so ugly in the Senate, and we've been told they have support in the House," Albert told the Gazette Mail. "We feel that we have no other measure but to send the message that we're following this hour by hour."

In Oakland, Calif., 3,000 teachers plan to walk off the job Thursday over teacher pay, class size and lack of support staff.