Accessibility links
What's Up, Documentary? An 'Undeniable Golden Age' For Filmmakers With a proliferation of streaming services to distribute their work, and a boom at the box office, budgets and opportunities are rising for documentary filmmakers. 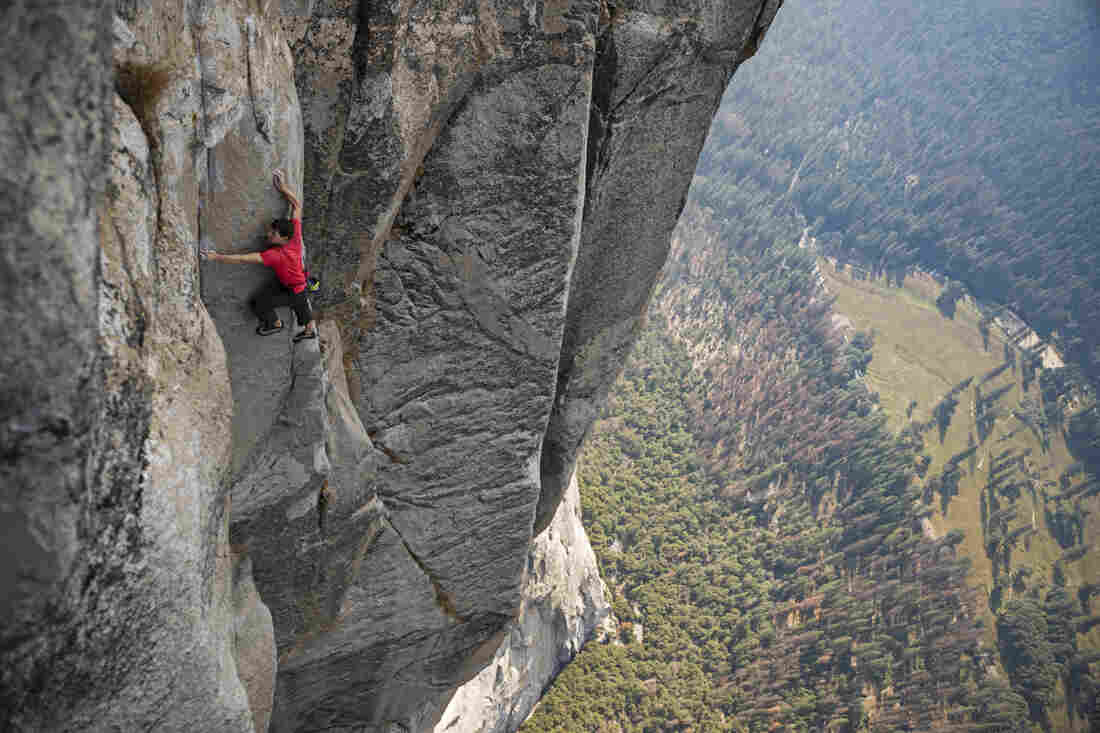 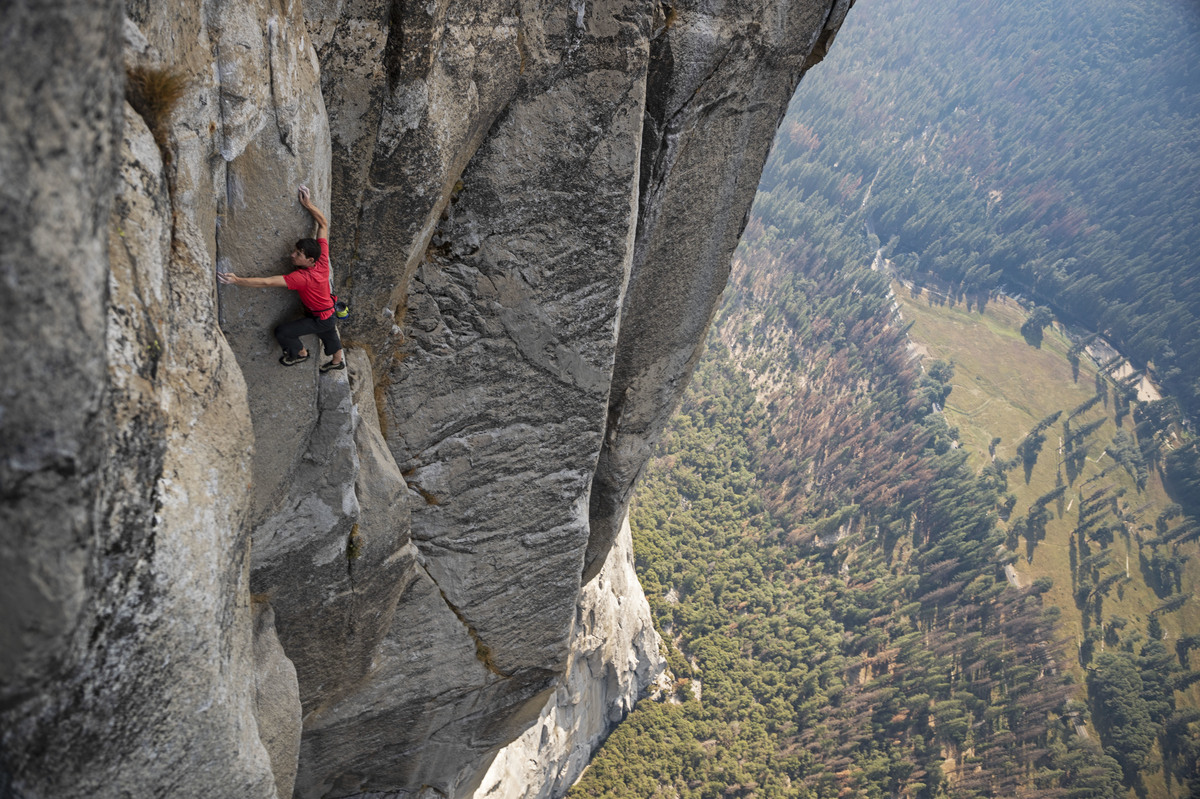 Alex Honnold's ascent of El Capitan in Yosemite National Park — without ropes or safety equipment — was the subject of the documentary film Free Solo.

Here's what's up with docs: They're doing great at the box office.

Biographical documentaries have recently grown in popularity, along with budgets and profits. That impresses producer Sheila Nevins, who ran HBO Documentary Films for 36 years and is considered one of the most influential people in the business.

"It was a real hot year for films making money," Nevins says. "I mean, money, money. Docu — when I say films, I mean docus — docus making real money. And docus got very hot."

Free Solo, the story of Alex Honnold's climb to the peak of Yosemite National Park's El Capitan without ropes, is still climbing at the box office. So far, it has earned almost $16 million. Box Office Mojo ranks it in the top 20 most profitable documentaries.

The National Geographic film is a front-runner for the documentary feature Oscar. So is RBG: a portrait of Supreme Court Justice Ruth Bader Ginsburg.

RBG has earned $14 million at the box office, putting it in the top 25 highest-earning docs. Directors Julie Cohen and Betsy West, both former TV journalists, see documentaries as a counternarrative to the media world of Twitter and social media.

"People actually, it turns out, will sit down for an hour and a half and really get engrossed in a true story film," Cohen says.

"We're very excited about that, especially the opportunity to tell stories that really have been ignored over the years," West says.

RBG is also nominated for the documentary feature Oscar against Minding the Gap, Hale County This Morning, This Evening and Of Fathers and Sons.

Thom Powers is host of the podcast Pure Nonfiction and a programmer for the Toronto International Film Festival. He says we're in "an undeniable golden age for documentary filmmaking."

Powers says all that has changed, especially with streaming platforms like Netflix and iTunes making documentaries more accessible. He watches as many as 500 documentaries a year and says the popularity has spurred streaming services to fund documentaries like never before.

That dream comes true for director Todd Douglas Miller — for one week in March, giant-screened IMAX theaters will present his film Apollo 11, a new documentary about the historic 1969 moon landing. NASA gave Miller access to hundreds of reels of never-before-seen 50-year-old footage, some in 70 mm film, plus 11,000 hours of audio from Apollo 11, which was painstakingly synced with the visuals.

"There's no narration, there's no talking heads, nothing that takes place modern day," Miller says. "It's an all-archival experience." 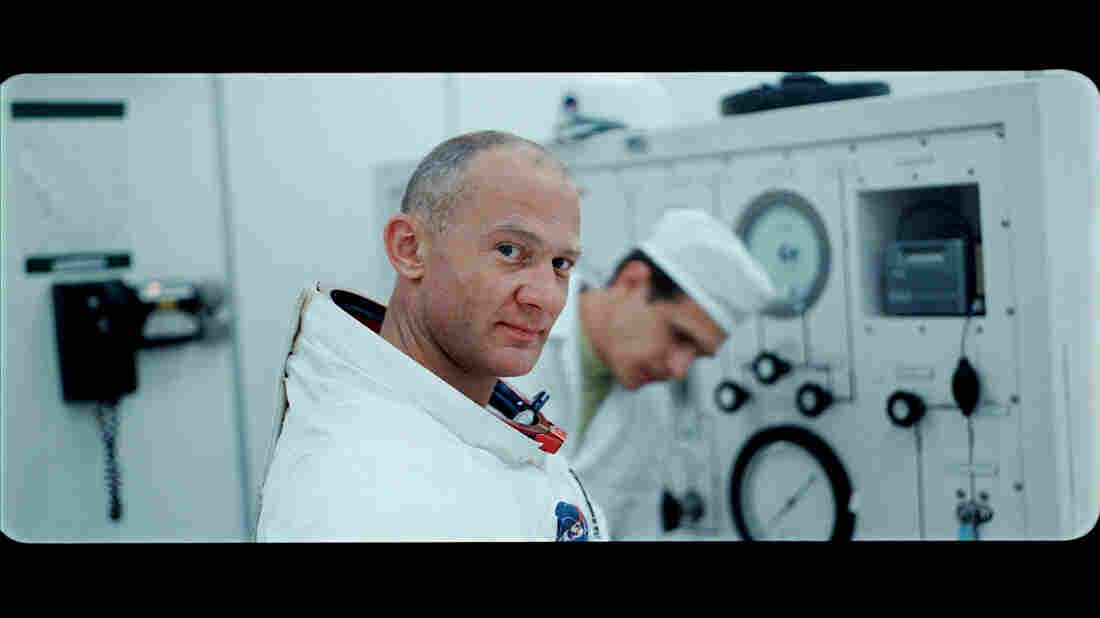 Buzz Aldrin is pictured in a still from Apollo 11, a new documentary that unearthed archival film and audio from the first moon landing. Neon/CNN Films/Courtesy of Sundance Institute hide caption 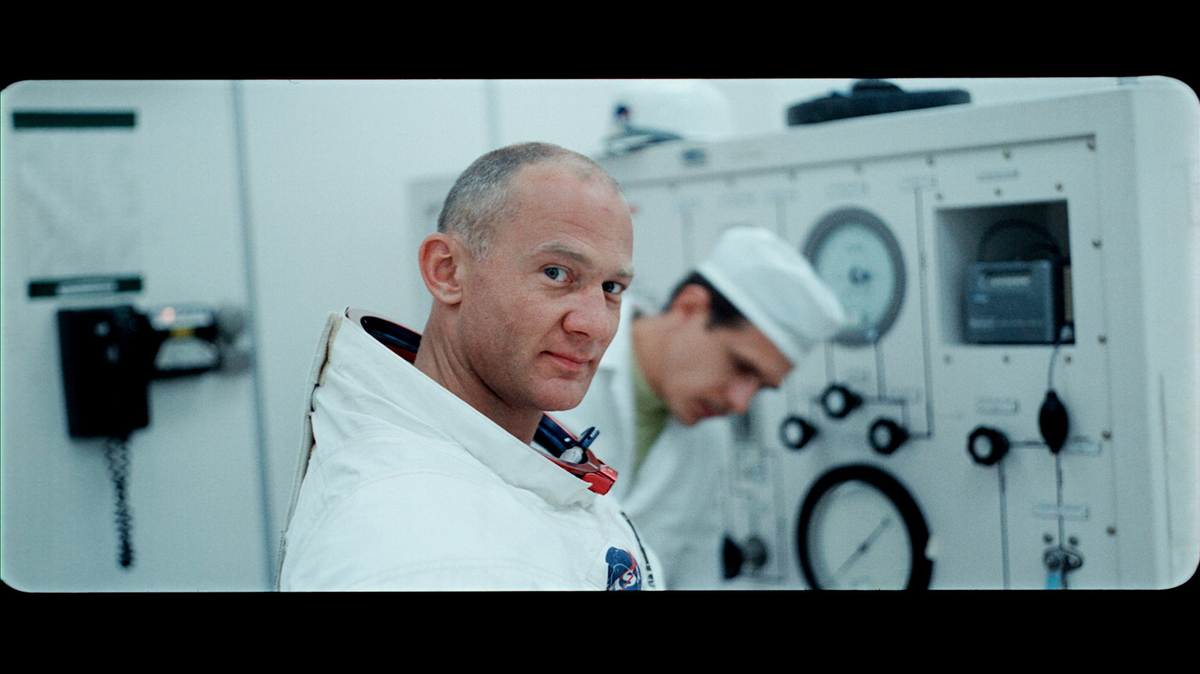 Buzz Aldrin is pictured in a still from Apollo 11, a new documentary that unearthed archival film and audio from the first moon landing.

"I would love for everybody to watch this on an IMAX screen," he says. "It's been calibrated that [this] will be the best place to watch it. But I'm a realist — I know where the industry is going, and it's amazing to see on a small screen too."

Director Ursula Macfarlane and producer Poppy Dixon are behind the documentary Untouchable. It's about the rise and fall of movie producer Harvey Weinstein, who denies all allegations of nonconsensual sex and criminality. The film includes testimonies of his alleged rape victims, such as Paz de la Huerta.

Dixon says they hope it will be shown in theaters.

"If you're sitting in a darkened cinema and you can't go anywhere, you can't look away from the testimony of these women," Dixon says. "And I think that that is a really powerful thing."

But in the end, "the thing is, you just want a maximum number of people to see it," Macfarlane says.

While filmmakers and audiences are showing enthusiasm for the cinematic experience, Nevins says this trend could change.

"I mean, Netflix is all over the place, playing with Monopoly money, buying up everything," Nevins says. "Every network is doing docus. Every docu person I know has more than one job. It's just a great year for docus. But you know, things are cyclical. I think there's too much product."

The real challenge remains finding time to watch it all.