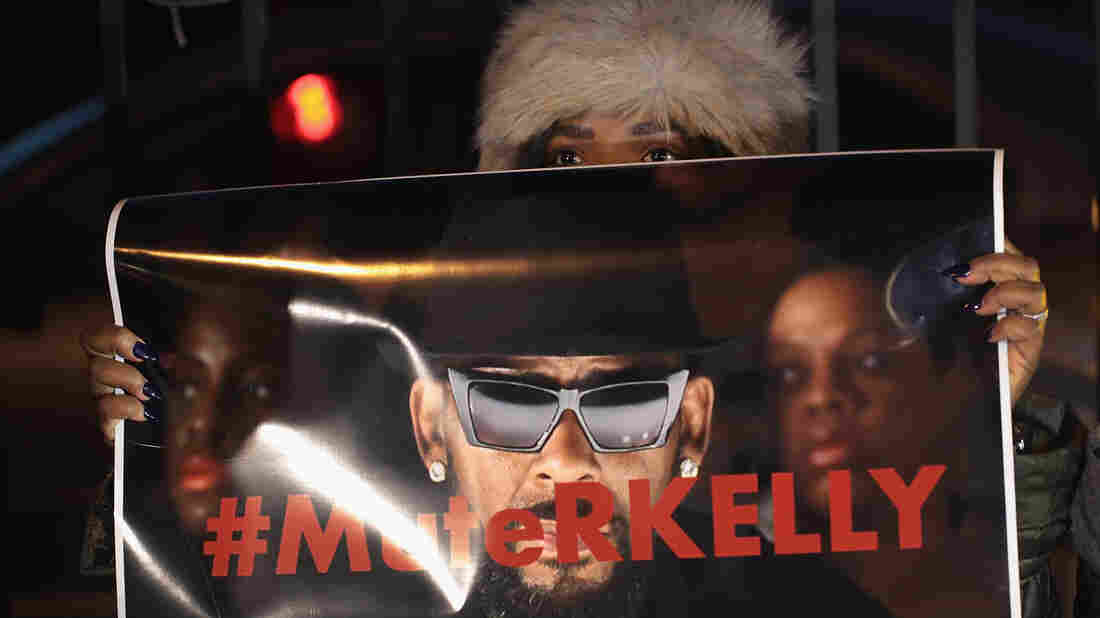 Demonstrators gather near the studio of singer R. Kelly to call for a boycott of his music on Jan. 9, 2019 after allegations of sexual abuse against young girls were raised on the Lifetime docuseries Surviving R. Kelly. Scott Olson/Getty Images hide caption 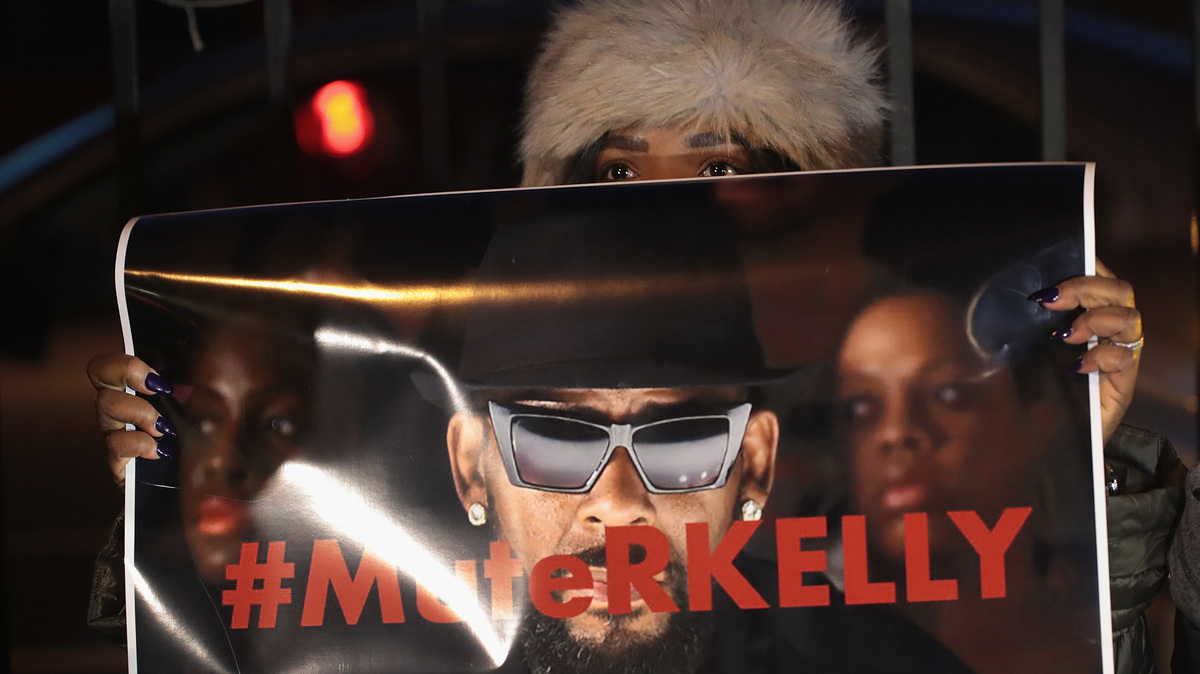 Demonstrators gather near the studio of singer R. Kelly to call for a boycott of his music on Jan. 9, 2019 after allegations of sexual abuse against young girls were raised on the Lifetime docuseries Surviving R. Kelly.

Until recently, the accusations did not seem to significantly impact Kelly's career. Though Kelly was indicted in 2002 on 21 counts of child pornography, a Chicago jury later acquitted him of all charges in 2008.

But activist, filmmaker and writer dream hampton isn't about to let Kelly off the hook. hampton executive produced Surviving R. Kelly, a six-part docuseries focusing on Kelly's alleged victims and their family members. hampton says the series, which first premiered on Lifetime on Jan. 3, is currently streaming on Lifetime's website and will re-air on Feb. 25, is about "centering the women."

hampton describes an "ecosystem" that has supported and enabled Kelly over the years — at the expense of black women. "There's a record industry that continued to do business with him in small and big ways," she says.

But hampton hopes that the tide is finally turning. She notes that the grassroots #muterkelly movement has raised awareness in the music industry and helped limit the radio play of Kelly's songs. Since the series aired, Sony Music dropped Kelly and Spotify downgraded him. Still, hampton says, "we've seen five million streams of his music happen directly after the docuseries aired, and we saw two of his songs re-chart."

On allegations against R. Kelly being well-known in his hometown of Chicago

It's really well-known in Chicago, for generations ... He would cruise McDonald's near high schools and have someone from his team go up to a girl, get her number and she didn't have to be anything. She didn't have to have long hair or short hair. [She could] be light skinned or dark skinned and have a great body or a bad one. All she had to be was young. And so, we have lots of evidence of him cruising not only McDonald's, but then also his old high school, Kenwood Academy, which was a kind of school that was renowned for its excellent music program and choir. Sometimes as a guest sometimes just as a drop-in, he would cruise girls at his high school.

She appears to be prepubescent, but we later learned that she was Sparkle's niece, and there was whole trial about that case. Sparkle was an R&B singer who lived in the studio. She was being mentored by R. Kelly. He was producing and writing her album. So, he met that victim because her aunt lived in the studio, as one does when one's recording an album, and her family, who were a family of musicians, would come by. He met her, Sparkle says, as early as 12.

On criticism that the survivors didn't go to the police

That confounds me, especially coming from black people. I really didn't know until I started reading these tweets directed at me and some of the survivors that we had some fantasy about there being some vice squad dedicated to kind of busting down doors for black girls and to save black girls.

Someone in the Chicago Police Department — likely someone who worked security on their off-duty hours — called him, and told him it was happening. And they got the studio ready and got the girls out of the studio before the police arrived.

We know that this system is unfair to black people — not just black men, but black people. We often rhetorically talk about black men being targeted and treated unfairly and abused in the criminal justice system — but it's black people.

We know what this system does to us, right? So to turn to that system for justice is itself an oxymoron. But at the same time, we have a knee-jerk reaction to protect black men, always at the expense of black women. People like bell hooks and black feminists before me have written about this and talked about this and done scholarship about this, but nothing has changed about this. ...

So this is something that we see generation after generation, and R. Kelly has a particular kind of love, which acts as a currency in the black community. He is singularly an R&B artist. He makes black music for black people ... and he has used that love as a cover.

R. Kelly has a particular kind of love, which acts as a currency in the black community. He is singularly an R&B artist. He makes black music for black people ... and he has used that love as a cover.

On R. Kelly being sexually abused himself as a child

What R. Kelly was as a child was raped and molested. He uses the word "molested." ... So he has some kind of understanding. ... [People on his team] knew that he was abused. Many of them there were Chicago-based people who knew that family members had been abusing him as a child. That's deep trauma that needs real healing. 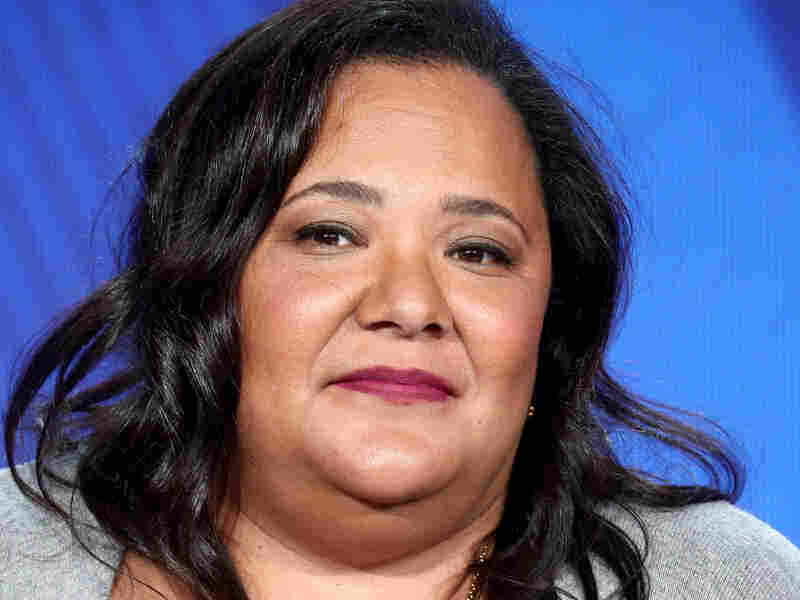 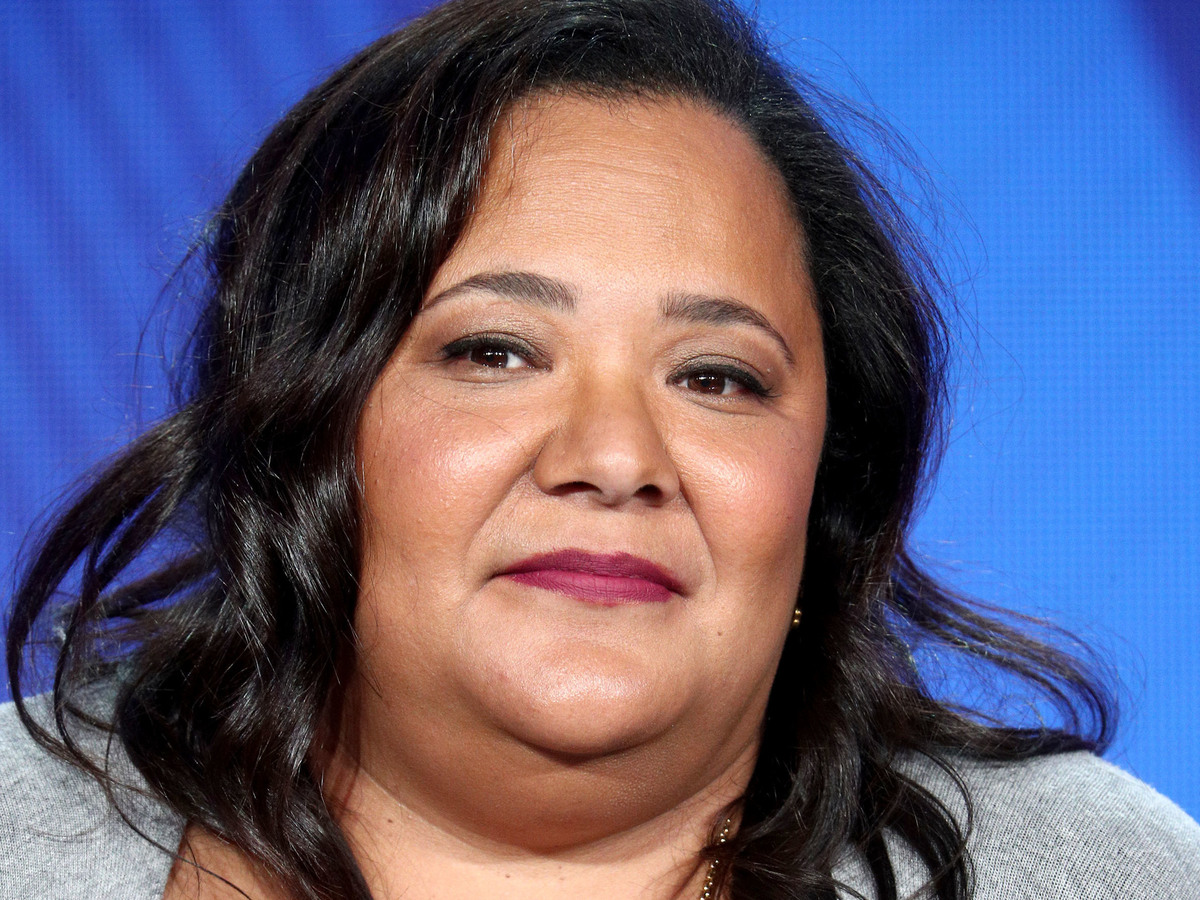 I'm not saying that at 52, which is the age R. Kelly is right now, when he has two very young women living with him, whose parents are looking for them, that there's some magical age when you are supposed to have a healing, because many people don't heal their entire lifetimes. I have childhood trauma that I'm still trying to heal and I'm five years younger than R. Kelly. ...

It's cliché to say, but almost all abusers have been abused, but not all people who have been abused become abusers. So there comes a time when R. Kelly is absolutely responsible for the harm that he's caused.

On why she wants to do this work

When I started writing about hip-hop as a 19-year-old film student in New York, I was calling out the misogyny and the violence against women. And I'm sad to say I don't feel that there's been too much progress made.

I come from all-black Detroit city and I live and breathe in black spaces. And I want them to be safe not just for my daughter and me, but [also for] black women who don't want that safety for themselves, who've internalized the misogyny and don't think that they deserve the safety and justice that they deserve.

Heidi Saman and Thea Chaloner produced and edited this interview for broadcast. Bridget Bentz, Molly Seavy-Nesper and Sidney Madden adapted it for the Web.

In the audio version of this story, dream hampton incorrectly refers to Kim Foxx as a district attorney. In fact, Foxx is the state's attorney for Cook County, Ill.