Accessibility links
Russia Intelligence Seeks To Extend Detention Of Ex-U.S. Marine Accused Of Spying Michigan resident Paul Whelan has been held in a Russian prison since he was arrested in December on suspicion of spying. His family says he was just attending a friend's wedding in Moscow. 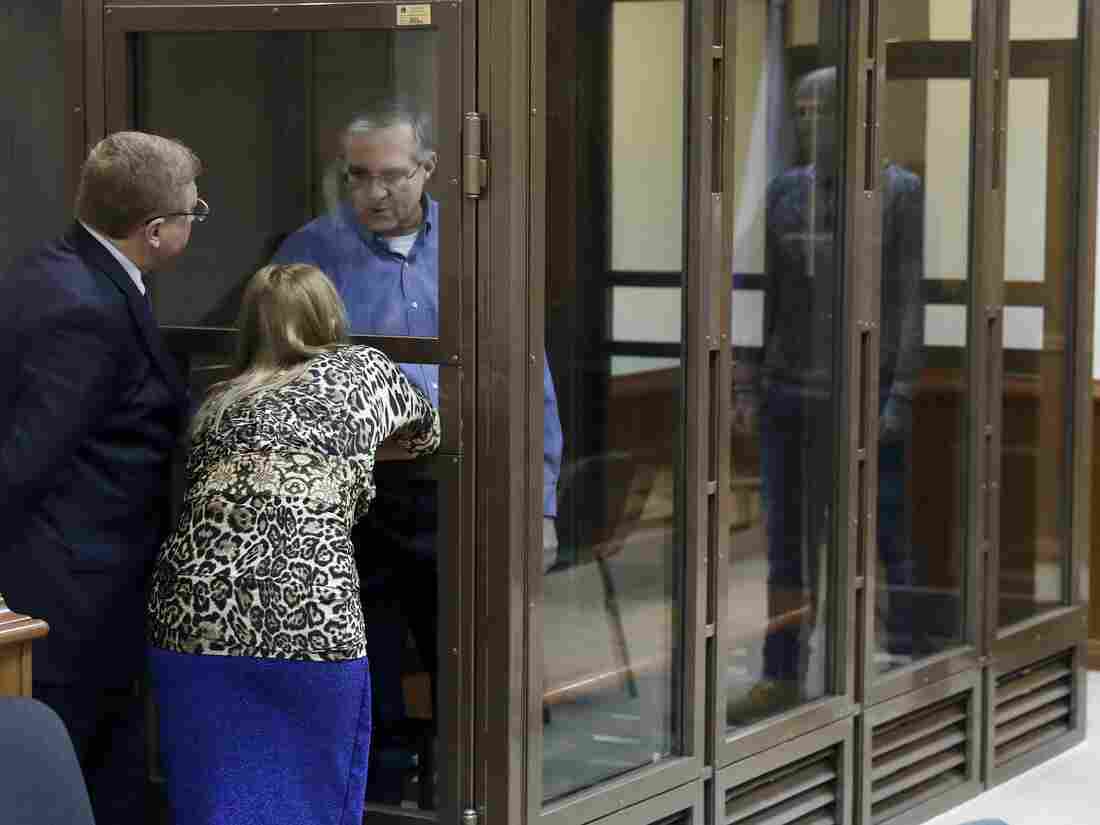 Paul Whelan, a former U.S. Marine arrested in Moscow at the end of last year, looks through a cage's glass as he speaks to his lawyers in a court room in Moscow, Russia, at a January hearing. Pavel Golovkin/AP hide caption 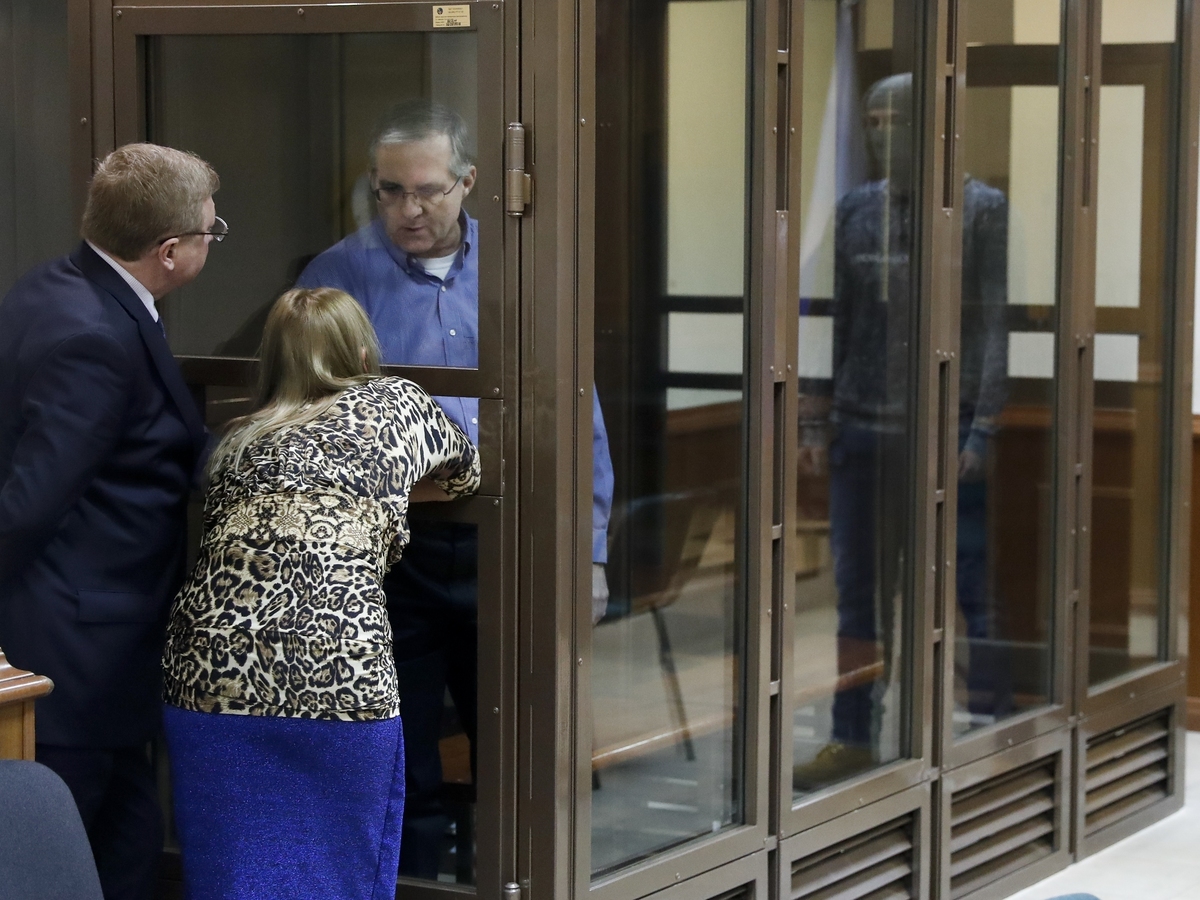 Paul Whelan, a former U.S. Marine arrested in Moscow at the end of last year, looks through a cage's glass as he speaks to his lawyers in a court room in Moscow, Russia, at a January hearing.

Russia's foreign intelligence service has asked a court to continue holding former U.S. Marine Paul Whelan, who has been detained since December on suspicion of spying.

A court in Moscow had wanted to hold Whelan until Feb. 28, but Russia's Foreign Security Service, or FSB, wants Whelan detained through May 28, the Interfax news agency said, according to Reuters.

The Russian government announced on New Year's Eve that it had detained Whelan on suspicion of receiving classified information in a Moscow hotel. His first public appearance came Jan. 22, when he stood inside a glass-enclosed defendants' cage during a court hearing in Moscow. The judge declined to release him on bail, and he was sent back to his prison cell, NPR's Moscow Correspondent Lucian Kim reported.

Whelan has been accused of accepting a flash drive from a Russian citizen that listed all the employees of a Russian security agency. Former CIA officer Dan Hoffman, who once served as Moscow station chief, told NPR's Greg Myre that the Russians are known to plant false evidence. "This has all the hallmarks of a Russian KGB-style setup," he said.

Whelan's family said he was in Russia to attend a friend's wedding. And Whelan's attorney has said his client thought the thumb drive he received contained photos of Russian churches.

"He was expecting to see on the flash drive some personal information like pictures or videos, something like that, about that person's previous trips around Russia," Vladimir Zherebenkov told reporters, including The Associated Press. "We don't know how the materials that contain state secrets ended up there."

Whelan works as head of global security for BorgWarner, a Michigan supplier of automotive parts. His twin brother, who serves as the family's de facto spokesperson, told NPR's Lucian Kim that relatives hadn't received any "official confirmation" from Russia about "why Paul was thought to be a spy and what happened." Russia has classified the case as "top secret."

Whelan, who was born in Canada to British parents, holds citizenship in the U.S., Britain, Ireland and Canada. Consular officials from each country have visited Whelan in prison. U.S. Secretary of State Mike Pompeo said in early January that "if the detention is not appropriate, we will demand his immediate return."

But Whelan's family has accused the U.S. government of not doing enough to secure his release. Whelan's brother David told USA Today that the State Department is neglecting Whelan's case and leaving him to "languish" in prison.

"I'm not aware that the State Department has taken any action to find out information about Paul's arrest nor whether, if they have, they've received anything," he said.

A State Department spokesman told reporters this month that officials were in contact with the Whelan family, and that U.S. embassy personnel in Russia had visited Whelan twice in prison and attended the Jan. 22 court hearing.