Accessibility links
Review: 'The Changeover' Doesn't Deliver A Change-Up An evocative setting and a chewily fun performance from Timothy Spall as a mysterious and malevolent figure can't keep this New Zealand film from trafficking in tired tropes.

Supernatural Thriller 'The Changeover' Doesn't Change Up Its Genre Cliches

Supernatural Thriller 'The Changeover' Doesn't Change Up Its Genre Cliches 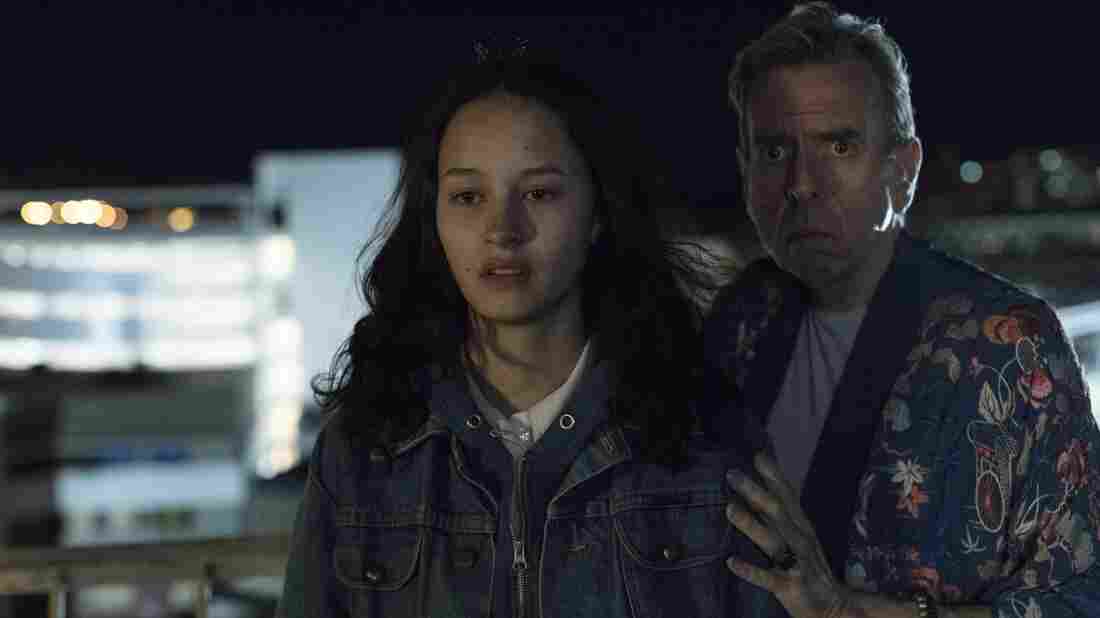 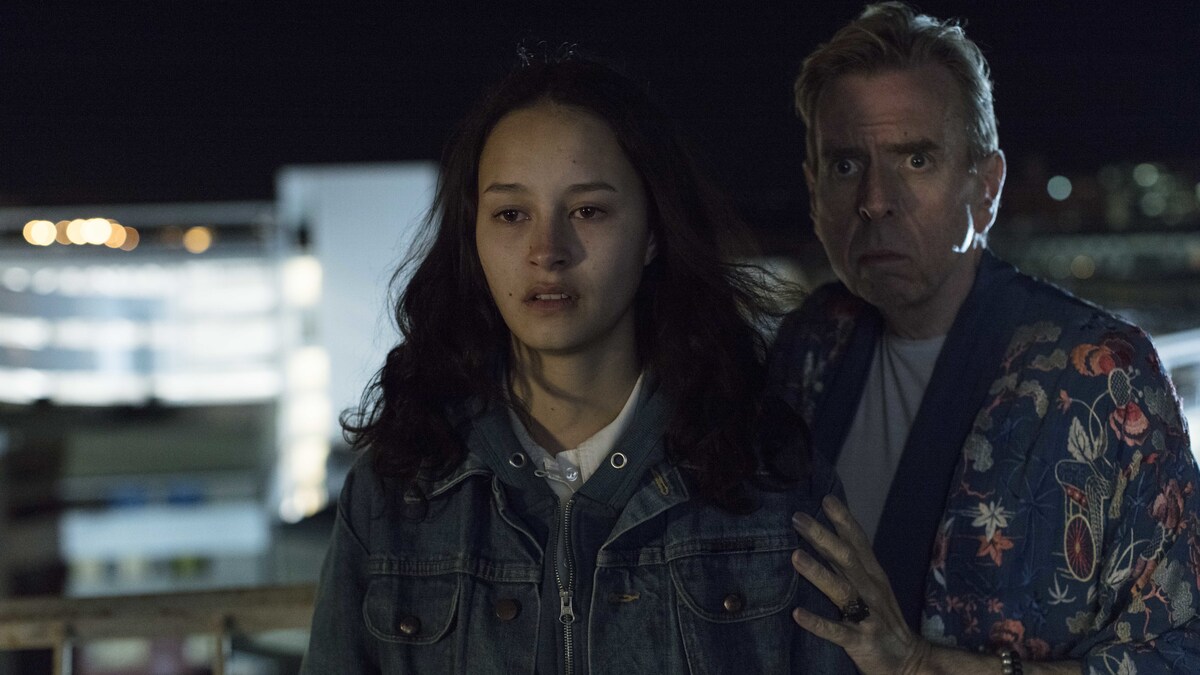 Based on the 1984 young adult novel by Margaret Mahy, a New Zealander who specialized in children's fantasy, The Changeover arrives at a particularly fertile time for coming-of-age stories rooted in the supernatural, which does this film adaptation no favors. The notion of magic or witchcraft as a dangerous, sexually charged rite-of-passage into womanhood isn't particularly fresh in the year 2019, and the filmmakers here seem intent on reproducing the mild lustiness of the Twilight series. Here again is the story of a sensitive loner with a single parent, a beautiful and mysterious new boy, an isolated setting, and a threat they summon the chemistry to fight together. The rest is left to the details.

The most evocative detail by far is the setting, a misbegotten scrap of territory outside Mahy's native Christchurch, which here has been devastated by an earthquake that, in its heroine's words, "broke our city and broke our family, too." This dreary graveyard of a suburb doesn't support the verdancy of youth, and Laura Chant (Erana James), a teenager of limited means and scant social outlets, is too burdened by the responsibilities of being a grown-up to experience its pleasures. The opening shot of Laura spinning in ecstasy on a merry-go-round recalls the swings in Jean Renoir's classic short "A Day in the Country," but the playfulness ends there. When the camera pulls out, Laura's world isn't a provincial paradise, but an arid, poverty-stricken stretch of chain-link fences, hollowed-out buildings, and abandoned neighborhoods.

Timothy Spall Takes On Painter J.M.W. Turner, A 'Master Of The Sublime'

Having lost her father under dubious circumstances, Laura is left to watch her four-year-old brother Jacko (Benji Purchase) as their mother Kate (Melanie Lynskey) slaps on a name tag and logs overtime at a low-wage job to support them. The two are easy pickings for Carmody Braque (Timothy Spall), a twinkly-eyed transient who sells magical wares out of an abandoned shipping container. One afternoon, when Laura isn't paying attention, Jacko wanders into Carmody's shop and walks away with a creepy hand stamp that, once the ink settles, leads to a drastic decline in health.

In order to save her brother, Laura unwraps a delectable piece of eye candy in Sorensen Carlisle (Nicholas Galitzine), a new student who can communicate with her telepathically. Sorensen belongs to a family of witches who recognize Laura's potential as a "sensitive" and offer to lead her on the internal journey necessary to tap into her powers and confront Carmody in the metaphysical realm. Not only does she risk mortal peril herself, Laura also has to take a leap of faith that removes her from her family at their time of need.

In a delightful heel turn, Spall plays Carmody as a malevolent twist on a character like Professor Marvel in The Wizard of Oz, a fly-by-night troublemaker who goes from town to town, stealing the souls of little children. His presence and his voice make a much deeper impression than that of his adversary, which has less to do with James' performance in the lead role than the generic spirit realm dreamed up by the film's directors, Miranda Harcourt and Stuart McKenzie. The Changeover is one of those supernatural thrillers where the rules are both abstract and arbitrary, rendering Laura's internal struggle as dull predestination rather than an act of intention and will. She wanders around her muddled subconscious for a while and poof, she's a witch.

Harcourt and McKenzie try to preserve the internal dynamics of Mahy's book through voiceover, some of it from the various people trying to get into Laura's head and some of it from Laura herself, who's trying to make sense of what is happening to her. But the voices are often a cacophonous jumble of competing influences and when they're not, it's usually because Laura is spelling out themes that are better left unsaid. ("If you change something, it changes you," for example, probably shouldn't be vocalized in a change-themed movie called The Changeover.) Her development should pop like a bloom against the slate-gray wastelands of Christchuch, but instead she's overwhelmed by it, disappearing into a backdrop that's more compelling than anything that happens in front of it.