Accessibility links
R. Kelly Accused Of Sexual Misconduct By 2 More Women Rochelle Washington and Latresa Scaff said the singer made sexual advances on them when they were underage in the mid-1990s. The claims come amid a flurry of renewed accusations against R. Kelly. 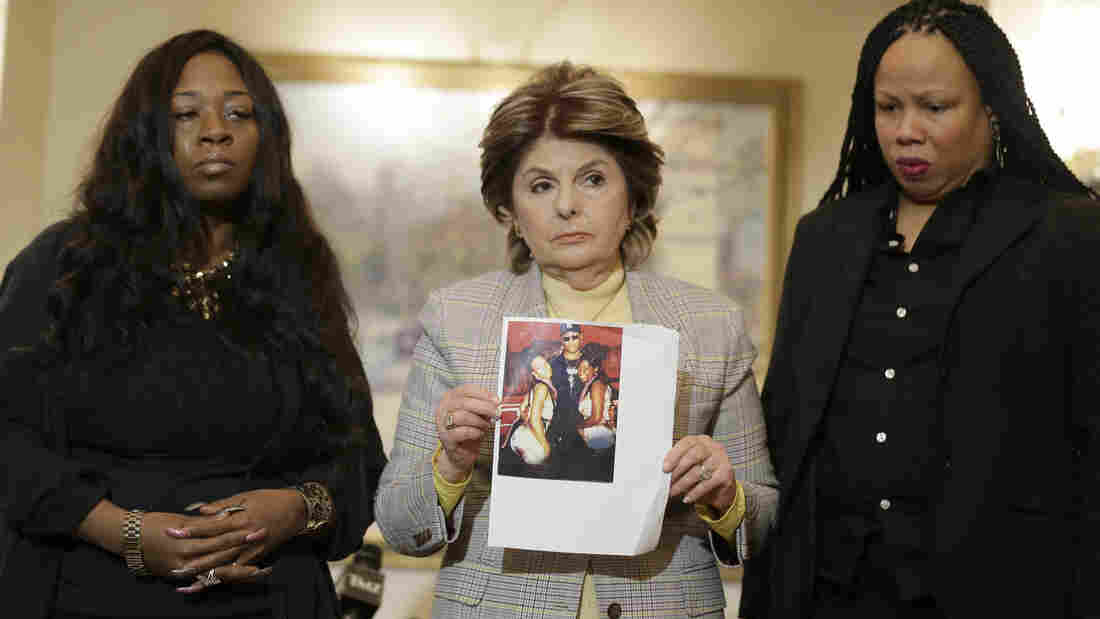 Rochelle Washington (left) and Latresa Scaff (right) look on Thursday in New York City, as attorney Gloria Allred holds up a picture of them as teenagers on the night R. Kelly allegedly made sexual advances on them. Seth Wenig/AP hide caption 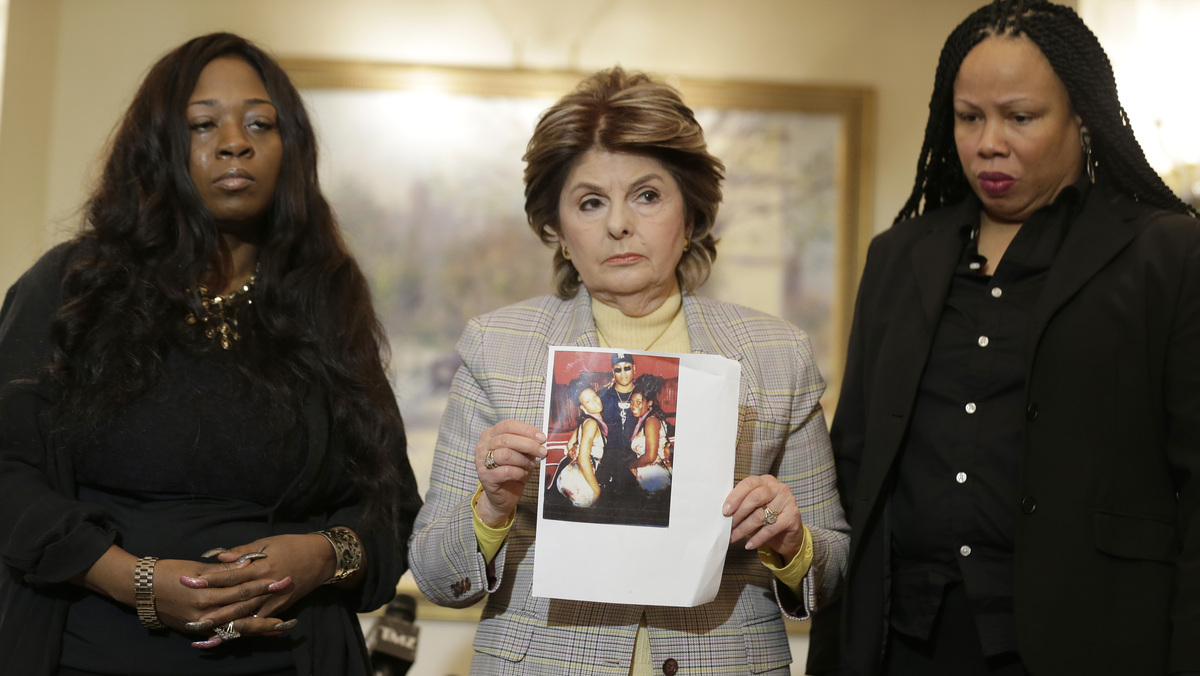 Rochelle Washington (left) and Latresa Scaff (right) look on Thursday in New York City, as attorney Gloria Allred holds up a picture of them as teenagers on the night R. Kelly allegedly made sexual advances on them.

Two new accusers have come forward against R. Kelly, claiming that the embattled singer sought to have sex with them when they were minors, more than two decades ago. At a news conference Thursday in New York City, Rochelle Washington and Latresa Scaff related the story of a traumatic encounter that allegedly occurred after one of Kelly's performances in the mid-1990s.

Washington and Scaff, now 39 and 40, respectively, claim that when they were 15 and 16 years old, they attended an after-party together in Baltimore in either 1995 or '96 — they could not recall which. There, they say they were offered alcohol, marijuana and cocaine — though they say they didn't consume the latter — and Kelly asked them to meet him in his hotel suite later.

Scaff says that Kelly had his genitals exposed when he eventually entered the room. And he allegedly propositioned both — but Washington, who says she had been recently raped in a separate incident, says she soon left the room.

"When Kelly was alone with me," Scaff told reporters, "he asked me to perform oral sex on him. I was under the influence of marijuana and alcohol and did it. He then had sexual intercourse with me even though I did not have the capacity to consent."

R. Kelly's legal team did not immediately respond to NPR's request for comment. But Kelly himself has repeatedly denied wrongdoing for years.

The new claims come amid a rising tide of allegations against the 52-year-old artist, who has been dogged for roughly a quarter-century by reports that he has abused underage girls. For nearly a decade after Kelly was cleared of child pornography charges in 2008, many of those questions quieted — only to be stirred to life again by a 2017 BuzzFeed investigation.

Since then, more women have come forward accusing the star of sexual misconduct and abuse, including Kelly's ex-wife, Andrea Kelly. And the new year has brought a popular docuseries from Lifetime on the allegations, a flurry of disavowals from former collaborators, protests from activist groups, and public pressure that led to his record label dropping him.

Gloria Allred, the attorney representing Scaff and Washington, also alleged last month that another client of hers, Faith Rodgers, suffered retaliation for speaking out against Kelly. 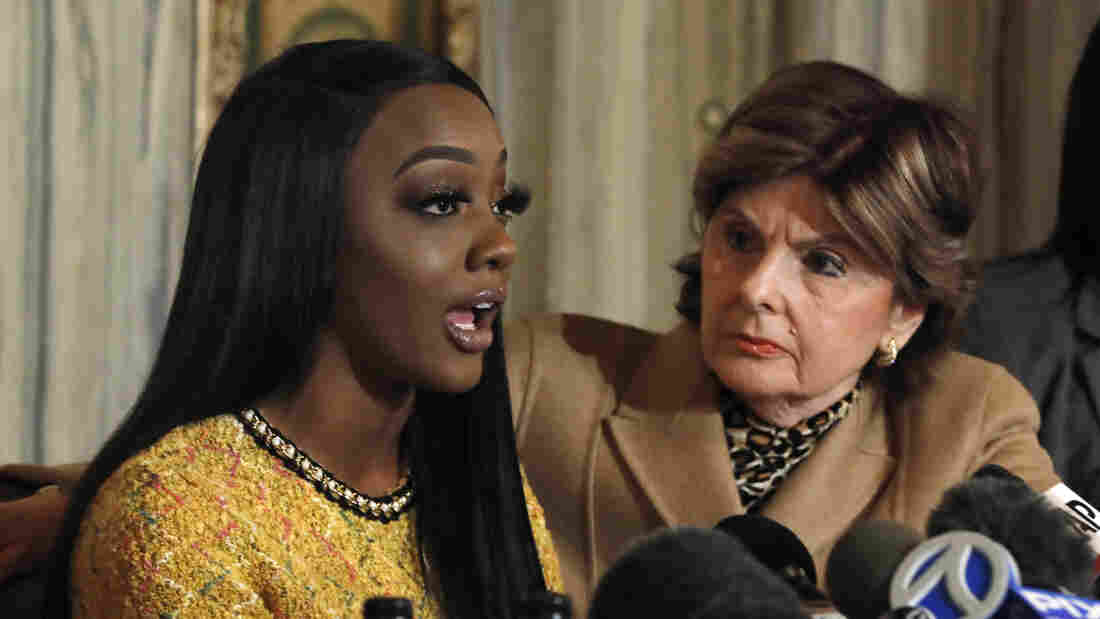 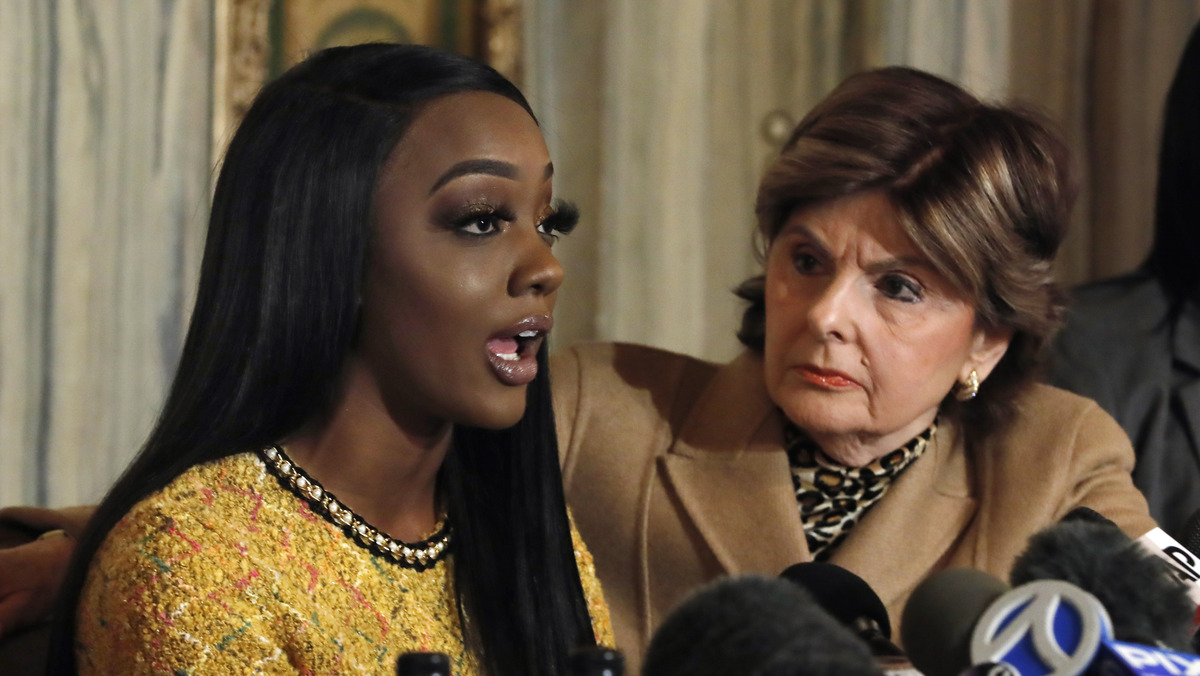 "While R. Kelly has rocketed to fame and fortune, he has used his celebrity status to victimize countless young women who were afraid to speak out until now," Allred said Thursday. "We applaud Latresa and Rochelle and the other accusers who have had the courage to come forward."

She added that both women planned to speak with the U.S. Attorney for the Eastern District of New York.

"I am speaking out because I want to encourage other victims who I know must be out there to come forward as well," Scaff said. "I want justice for anyone who is a victim of R. Kelly."