Accessibility links
Roger Stone Barred From Talking About His Case After Instagram Post Judge Amy Berman Jackson said she did not believe Stone's apologies on Thursday and ordered him to keep quiet about her and his case in public. If he doesn't, he could be locked up. 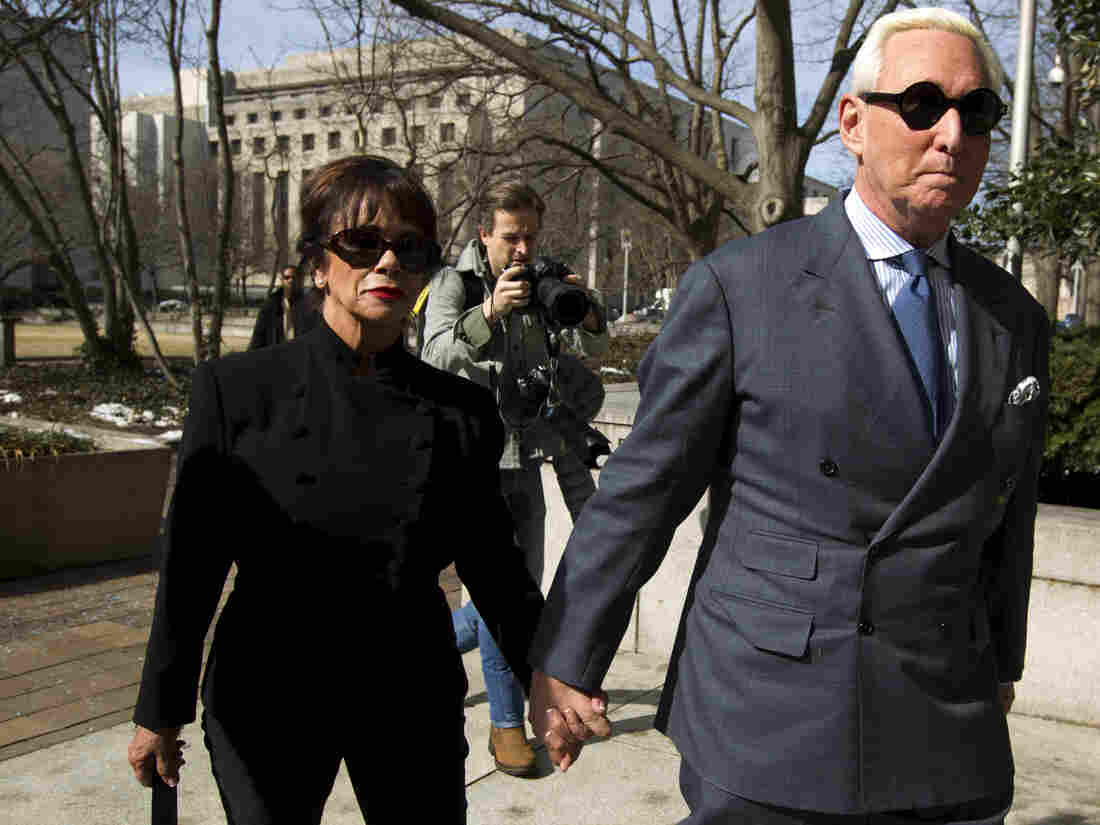 Roger Stone, accompanied by his wife, Nydia, arrives at federal court in Washington, D.C., on Thursday. The former campaign adviser for President Trump has been forbidden to speak publicly about his case. Jose Luis Magana/AP hide caption 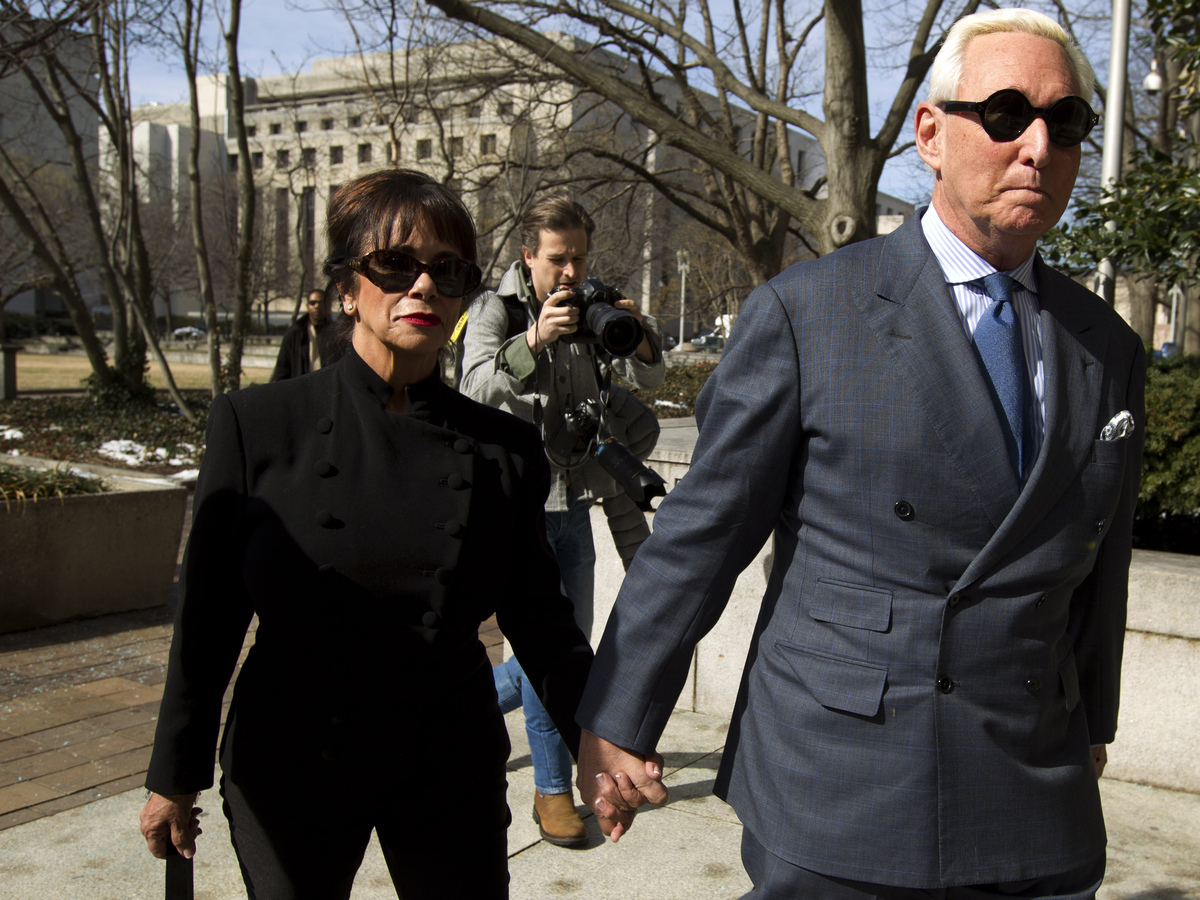 Roger Stone, accompanied by his wife, Nydia, arrives at federal court in Washington, D.C., on Thursday. The former campaign adviser for President Trump has been forbidden to speak publicly about his case.

A federal judge on Thursday barred Roger Stone from talking publicly about his case after an inflammatory photo was posted on his Instagram account of the judge that included what appeared to be a crosshairs.

Judge Amy Berman Jackson rejected apologies offered by Stone, both in writing and in person at a hearing in Washington, D.C. If Stone violates the order, Jackson warned him, she would be "compelled to adjust your environment."

She then spelled out what that meant — she would revoke his bond and order him to be detained ahead of his trial.

The judge's decision adds Stone to an existing gag order that prohibits attorneys from speaking about the case and bars any of the parties from talking about it in the vicinity of the courthouse.

Stone, 66, has been charged with obstruction, false statements and witness tampering as part of special counsel Robert Mueller's Russia investigation.

The obstruction and false statements charges relate to testimony he gave to Congress about the role he allegedly played in 2016 as an intermediary between Donald Trump's campaign and WikiLeaks.

Stone has pleaded not guilty and says he did nothing wrong. He and supporters also have leveled intense criticism at the government before and since his arrest, including of the FBI, the Justice Department and then Jackson herself.

Stone's Instagram post on Monday suggested that conspirators within the "deep state" had schemed to put his case before an ostensibly unfair Jackson so she could preside over a "show trial." A shape like the crosshairs of a rifle scope appeared in the backdrop of the photo.

Stone submitted a written apology, but Jackson ordered that he appear on Thursday to explain himself.

In a surprise move, Stone took the stand himself to testify under oath at Thursday's hearing. He apologized again, and called the post a "stupid lapse in judgement."

He said he was under an immense amount of pressure as well as emotional and financial stress.

Jackson, however, was unmoved. She noted that after Stone's initial apology was filed with the court this week, he appeared on TV defending the photograph and calling the uproar an unfair media attack on him.