Accessibility links
Bill Frisell And Thomas Morgan Finesse The Iconic Theme 'You Only Live Twice' Bill Frisell, an elite jazz guitarist, teams up with bassist Thomas Morgan to imagine a playful riff on this 007 theme. 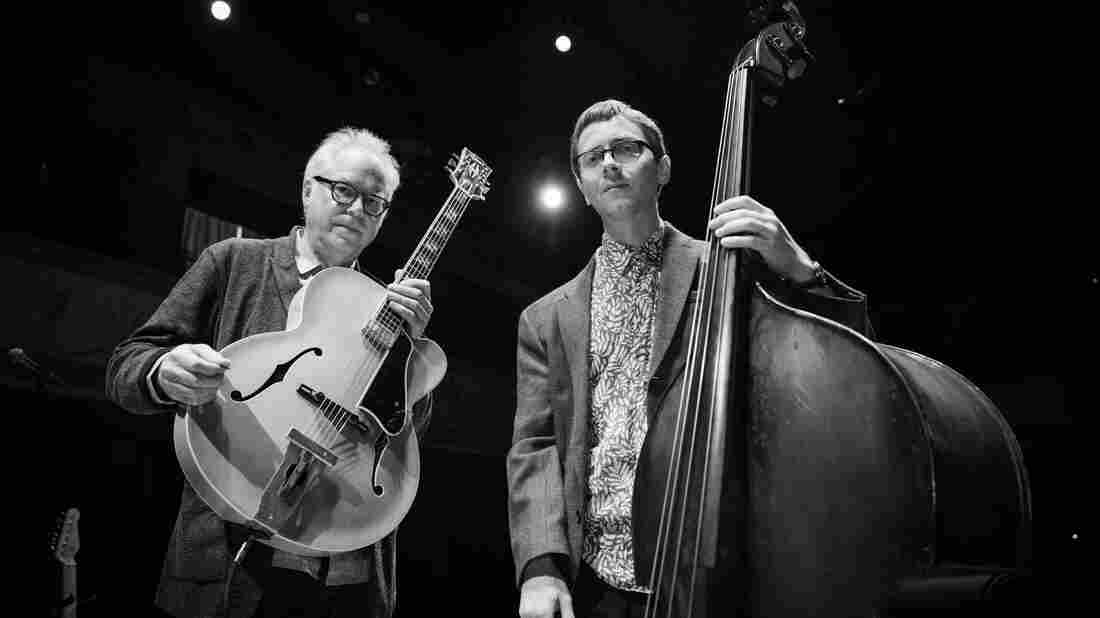 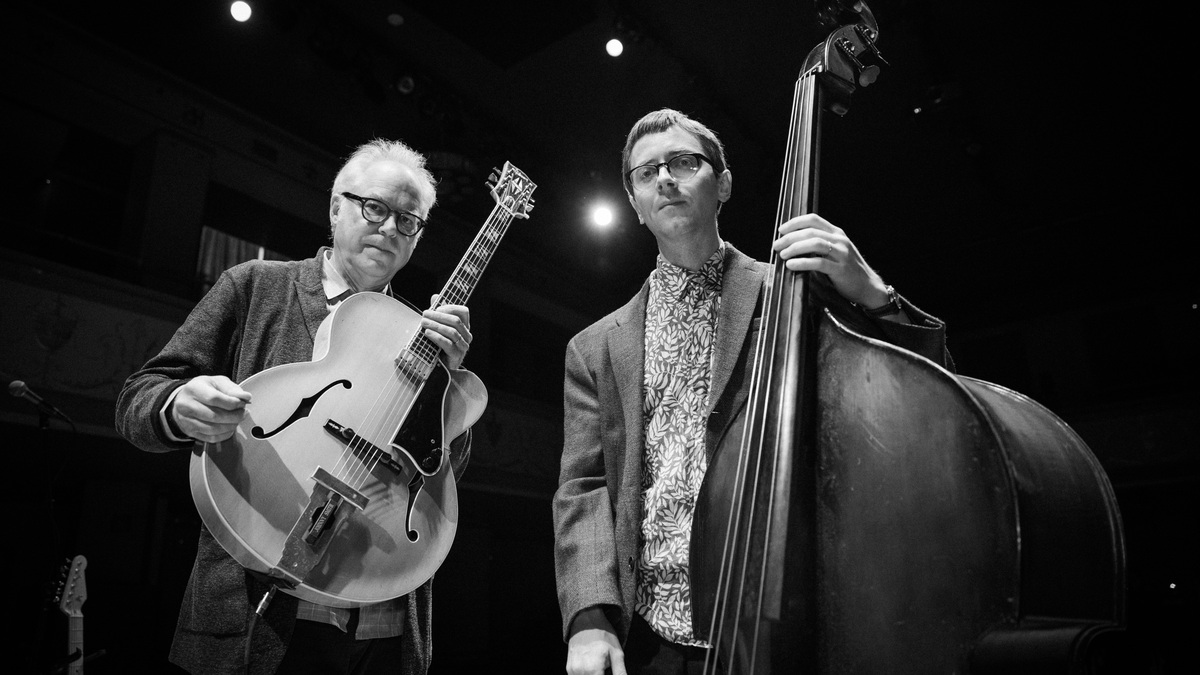 Monica Frisell/Courtesy of the artist

Bill Frisell has made no secret of his fondness for the music of James Bond films. An elite jazz guitarist with a gift for shadowy lyricism, he recorded the title theme to You Only Live Twice a few years ago for an album of movie music. Frisell then included the main Goldfinger theme on Small Town, his painterly duo effort with bassist Thomas Morgan.

Frisell and Morgan have another album on the near horizon: Epistrophy, which ECM will release on April 12. Like their previous release, it was recorded at The Village Vanguard in New York City, and features an eclectic bundle of compositions — including a Bond theme. In the case of this NPR Music premiere, it's another involving take on "You Only Live Twice," which was composed by John Barry, and originally served as a vocal showcase for Nancy Sinatra.

Epistrophy, which borrows its title from a Thelonious Monk composition on the album, suggests the latest in a series of intimate triumphs for Frisell, who will turn 68 in a few weeks. Last year he released a gorgeous solo guitar album, Music IS; received co-billing on Lebroba, an experimental outing with drummer Andrew Cyrille and trumpeter Wadada Leo Smith; and played a featured role on albums by Paul Simon, Mary Halvorson and Charles Lloyd.

But there's a particular delight in hearing Frisell and Morgan finesse this iconic Bond theme. The low-key confidence of the duo's performance invites a playful riff on 007's signature martini instruction: unshaken, but stirring.