Accessibility links
7.5 Magnitude Earthquake Strikes Near Ecuador's Border With Peru The earthquake's epicenter was far inland, away from the country's main highways that run along mountain ranges. 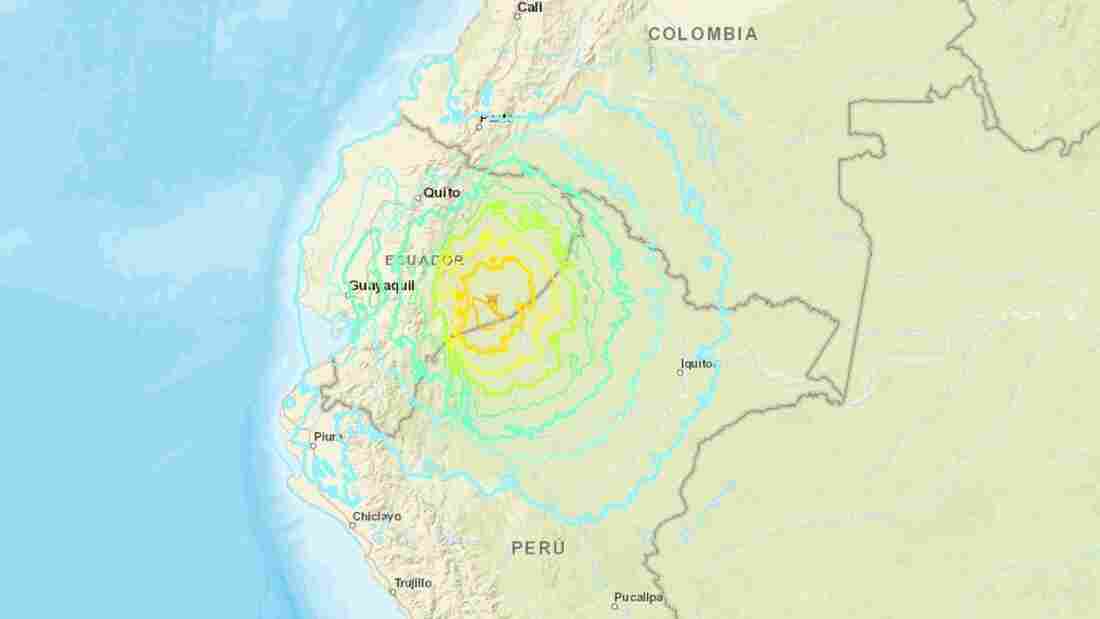 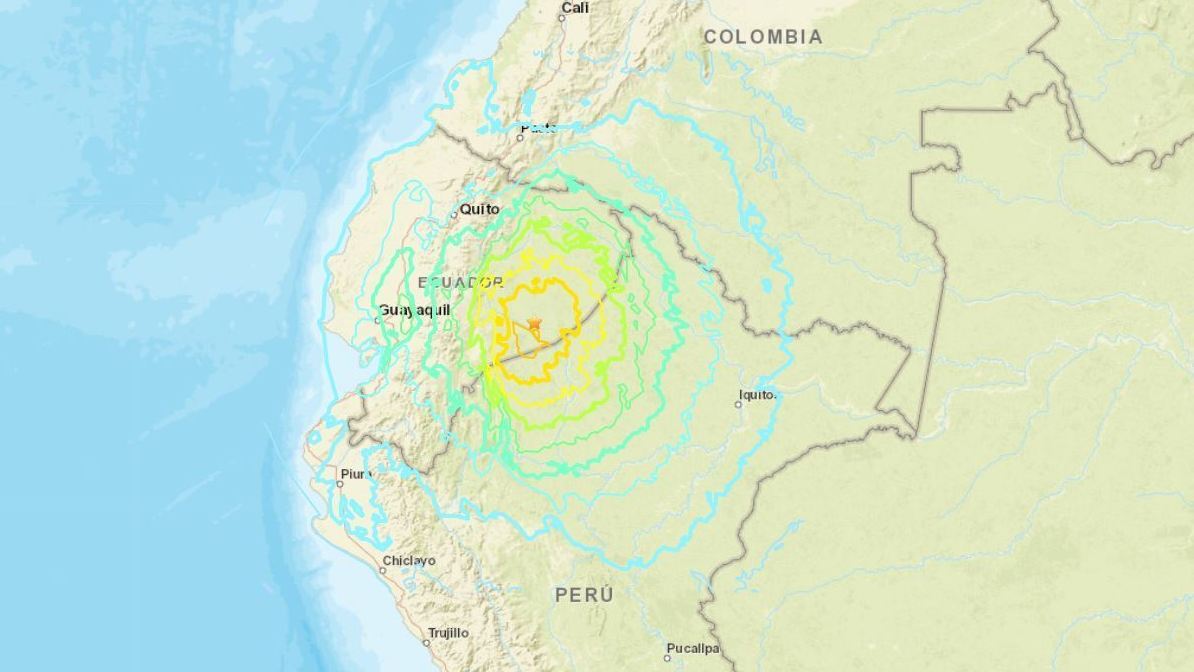 An earthquake struck early Friday morning at an intermediate depth of around 82 miles, the USGS said.

A powerful earthquake struck eastern Ecuador early Friday, sending tremors for miles through a sparsely populated area and into neighboring Peru and Colombia. The quake hit at an intermediate depth of about 82 miles, the U.S. Geological Survey said.

"The preliminary reports of the first earthquakes near Macas do not indicate major damages," Ecuadorian President Lenin Moreno said via Twitter. He added that the effects were felt in a large swath of the country and that regional emergency centers had been activated in case they're needed.

The earthquake struck at 5:17 a.m. local time. Its epicenter was 71 miles east-southeast of Palora, far inland and distant from Ecuador's main highways that run along its mountain ranges.

For an area ranging some 50 to 100 miles from the quake's center, the quake was felt at a magnitude of at least 5.5, according to the USGS.

"The Peru-Chile Trench is an area that hosts large earthquakes quite regularly," the USGS said. It added that 15 other intermediate-depth earthquakes have occurred within 310 miles of the epicenter in the past 100 years.

"Today's earthquake is the largest of these," the USGS said.

The earthquake isn't likely to trigger a tsunami, geologists said.

"A destructive Pacific-wide tsunami is not expected" because of the quake, the U.S. Tsunami Warning Center said in notices that were sent to Hawaii, Guam, American Samoa and other areas.