Accessibility links
Judge Rules Against State Department In Same-Sex Couple's Citizenship Lawsuit Andrew and Elad Dvash-Banks have twin sons, born four minutes apart. The State Department has maintained that one is a U.S. citizen and one is not. A judge sided with the couple. 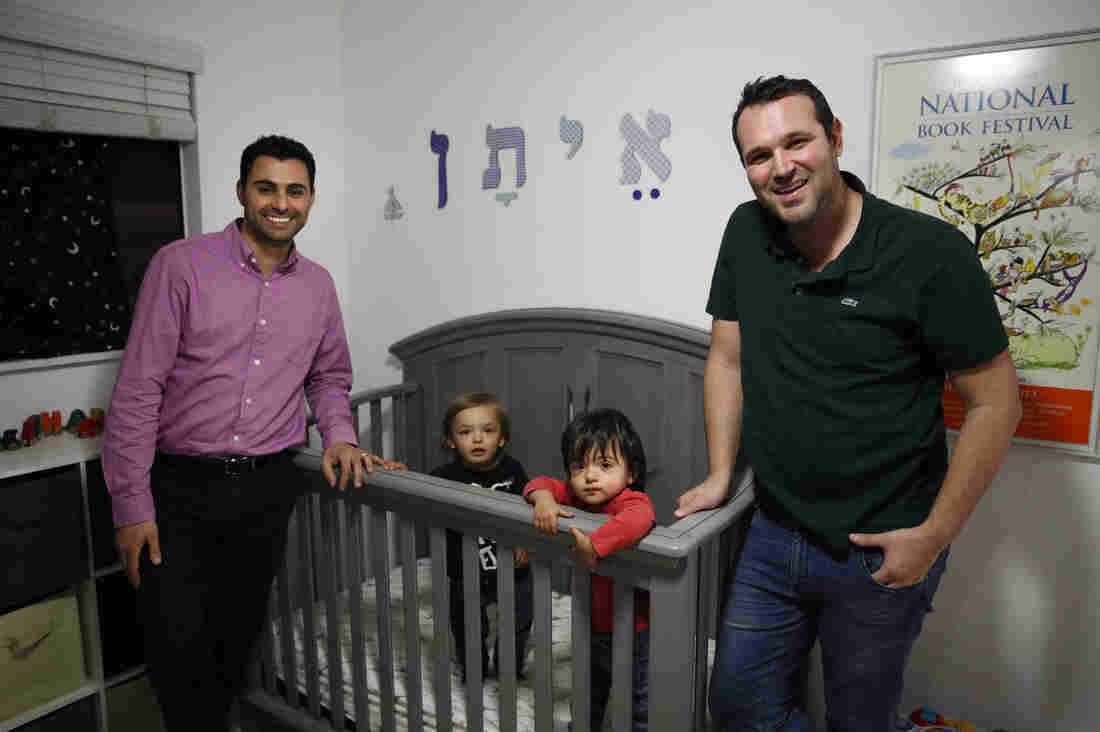 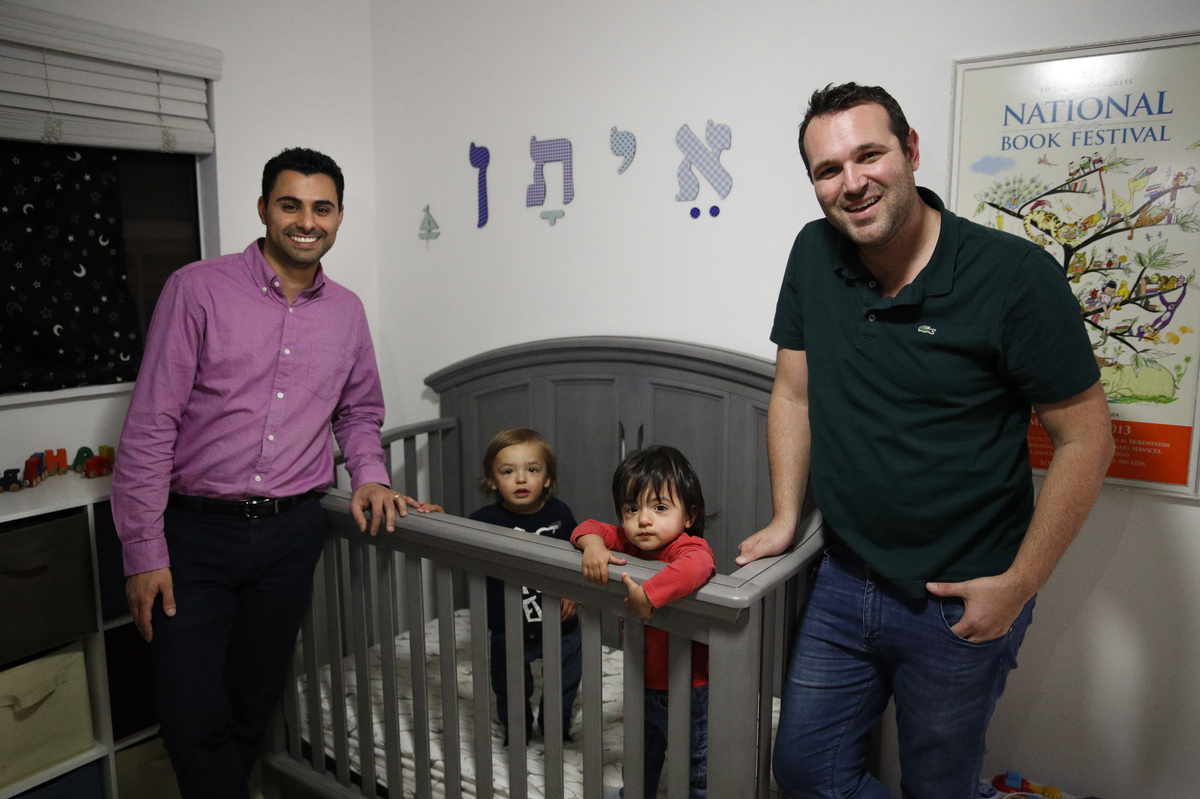 Elad Dvash-Banks (left) and his husband, Andrew, pose for photos with their twin sons, Ethan (center right), and Aiden in their apartment last year in Los Angeles.

Andrew and Elad Dvash-Banks have twin sons, born four minutes apart. The U.S. State Department has maintained that one is a U.S. citizen and one is not.

The same-sex couple has been fighting the U.S. government in federal court for citizenship rights for their young child. On Thursday, a judge ruled that the child, Ethan, is indeed a U.S. citizen because his parents were married at the time of his birth, and therefore the State Department misapplied the law.

"This two-year nightmare is finally coming to a close," Andrew Dvash-Banks told reporters. "Ethan has been recognized, as it should have always been, as a citizen at birth just like his twin brother."

The U.S. government had maintained that U.S. citizenship could only be passed along to a child that the U.S. citizen had a biological relationship with.

Andrew is a U.S. citizen, and Elad is Israeli. The two met in Israel, fell in love, and got married in Canada. There, they had children through a surrogate. Each father's genetic material had fertilized one egg from a donor. Ethan shared genetic material with Elad, and Aiden with Andrew.

The couple told NPR's Leila Fadel last year that they were shocked at the conversation they had at the U.S. Consulate in Toronto when they went to provide documents for each twin's U.S. citizenship.

"She started off with, 'Obviously the two of you had to use assisted reproduction in order to have your family,' " Andrew told Fadel. " 'Tell me more about that. Tell me about who is genetically related to who.' "

"It was literally black and white, on paper, your kids are different," he told Fadel. "That was something that any parent would have a hard time seeing, that the government is discriminating against their kids and treating them differently. It's terrible."

The couple later moved to California. "We've been living in a really precarious situation since then, with my son on an expired tourist visa and his twin brother with an American passport," Dvash-Banks said Friday. He described worrying about immigration showing up at their door, and the pain of not being able to visit relatives in Israel.

John F. Walter, the federal judge in California, has now ruled that the Immigration and Nationality Act, the law that determines whether a person is a U.S. citizen by birth, makes Ethan a citizen from birth. He said that the parents were married at the time of his birth, and the law "does not require a person born during their parents' marriage to demonstrate a biological relationship with both of their married parents."

A State Department spokesperson told NPR that the department is aware of the ruling and is reviewing it, together with the Department of Justice. Aaron Morris, the executive director of Immigration Equality and a lawyer for the family, called it a "remarkable victory."

But he says this issue could happen to others.

"The State Department's policies still exist," Morris said, and "it is likely that until they either dismantle it, change it or are ordered by a court to stop implementing the policy, that this will happen again to another couple."