Accessibility links
Jussie Smollett Out For The Rest Of This 'Empire' Season The actor was arrested Thursday for filing a false police report. Now, it appears the role that made him famous may be in doubt. Empire producers said they chose to "avoid further disruption on set." 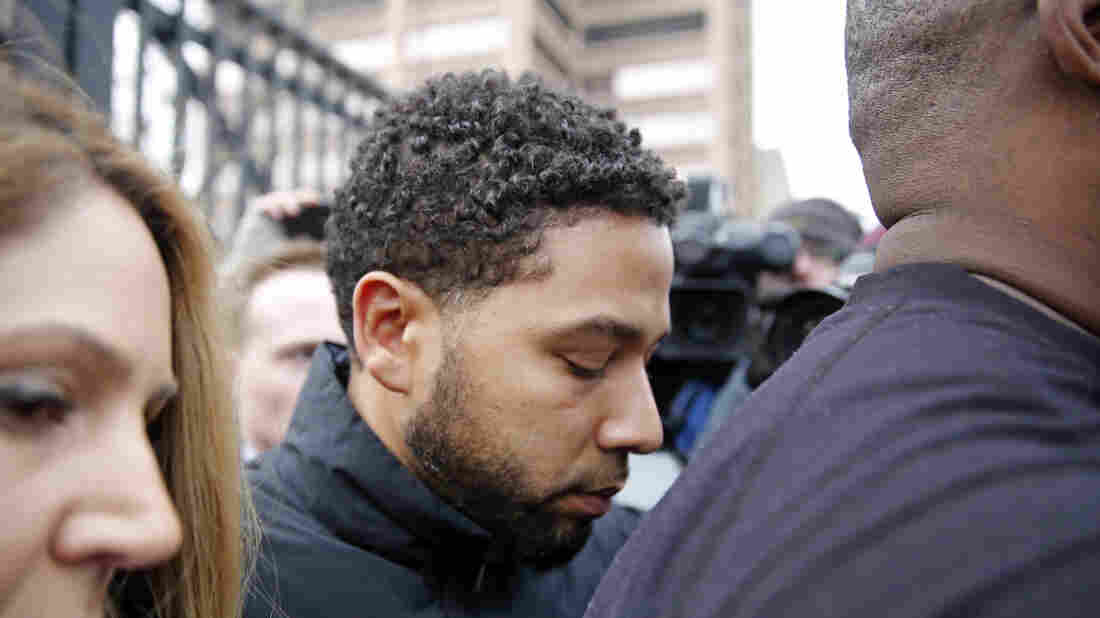 Empire actor Jussie Smollett leaves the Cook County Jail in Chicago Thursday after posting bond. On Friday, the show's producers announced that they would be removing his character from the final episodes of this season. Nuccio DiNuzzo/Getty Images hide caption 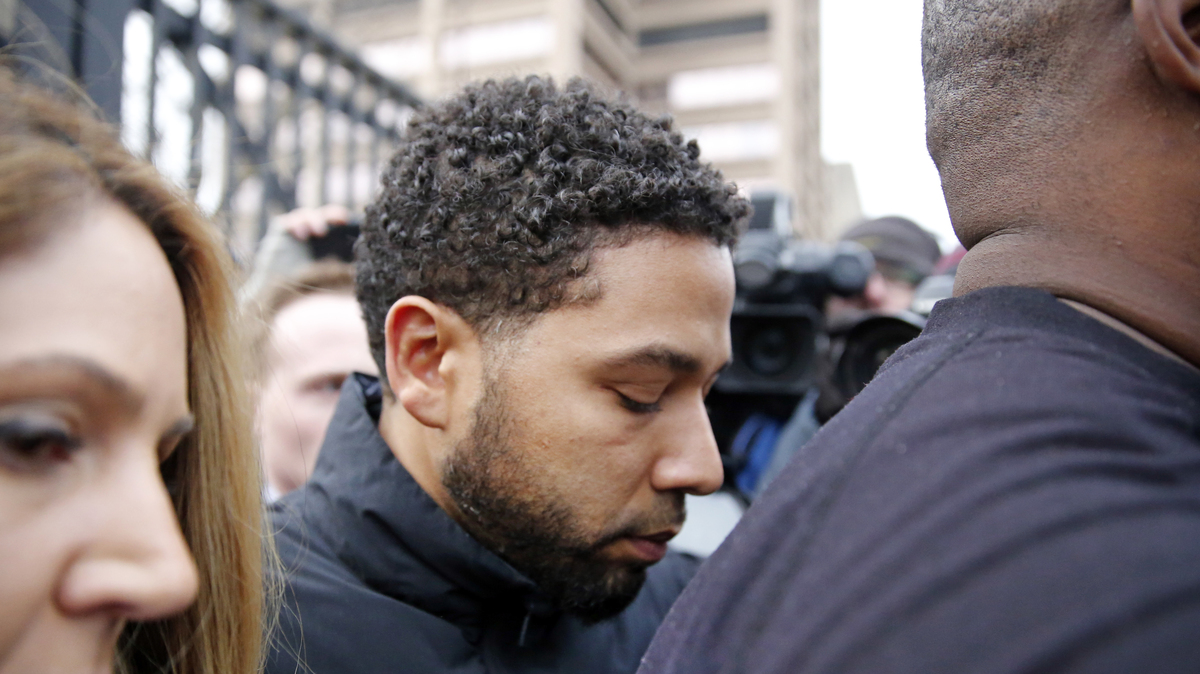 Empire actor Jussie Smollett leaves the Cook County Jail in Chicago Thursday after posting bond. On Friday, the show's producers announced that they would be removing his character from the final episodes of this season.

Just a day after Jussie Smollett found himself formally in legal jeopardy, arrested in Chicago for filing a false police report, the Empire actor's job appears to be in jeopardy as well. Executive producers of the Fox program announced Friday that his character, Jamal, would not appear in the final episodes of the current season.

"The events of the past few weeks have been incredibly emotional for all of us. Jussie has been an important member of our EMPIRE family for the past five years and we care about him deeply. While these allegations are very disturbing, we are placing our trust in the legal system as the process plays out," said a statement signed by Lee Daniels, Danny Strong and five other producers.

"We are also aware of the effects of this process on the cast and crew members who work on our show," they continued, "and to avoid further disruption on set, we have decided to remove the role of 'Jamal' from the final two episodes of the season."

The announcement follows a Thursday news conference in which Chicago Police Superintendent Eddie Johnson said that Smollett had staged the apparent hate crime he reported last month. The incident — which Smollett allegedly faked with the help of two brothers whom he paid $3,500 — was orchestrated "because he was dissatisfied with his salary," Johnson explained.

“The events of the past few weeks have been incredibly emotional for all of us...”

The police superintendent said Smollett carried out the "stunt" after a racist and homophobic letter he received a week earlier, which he allegedly also faked, had failed to get the attention he desired. "So," Johnson concluded, "he concocted a story about being attacked."

Smollett's legal team, meanwhile, has pushed back against the allegations, for which he faces up to three years in prison. And they chalked them up to politics.

"Today we witnessed an organized law enforcement spectacle that has no place in the American legal system. The presumption of innocence, a bedrock in the search for justice, was trampled upon at the expense of Mr. Smollett and notably, on the eve of a Mayoral election," his lawyers said in a statement Thursday.

"Mr. Smollett is a young man of impeccable character and integrity who fiercely and solemnly maintains his innocence and feels betrayed by a system that apparently wants to skip due process and proceed directly to sentencing."