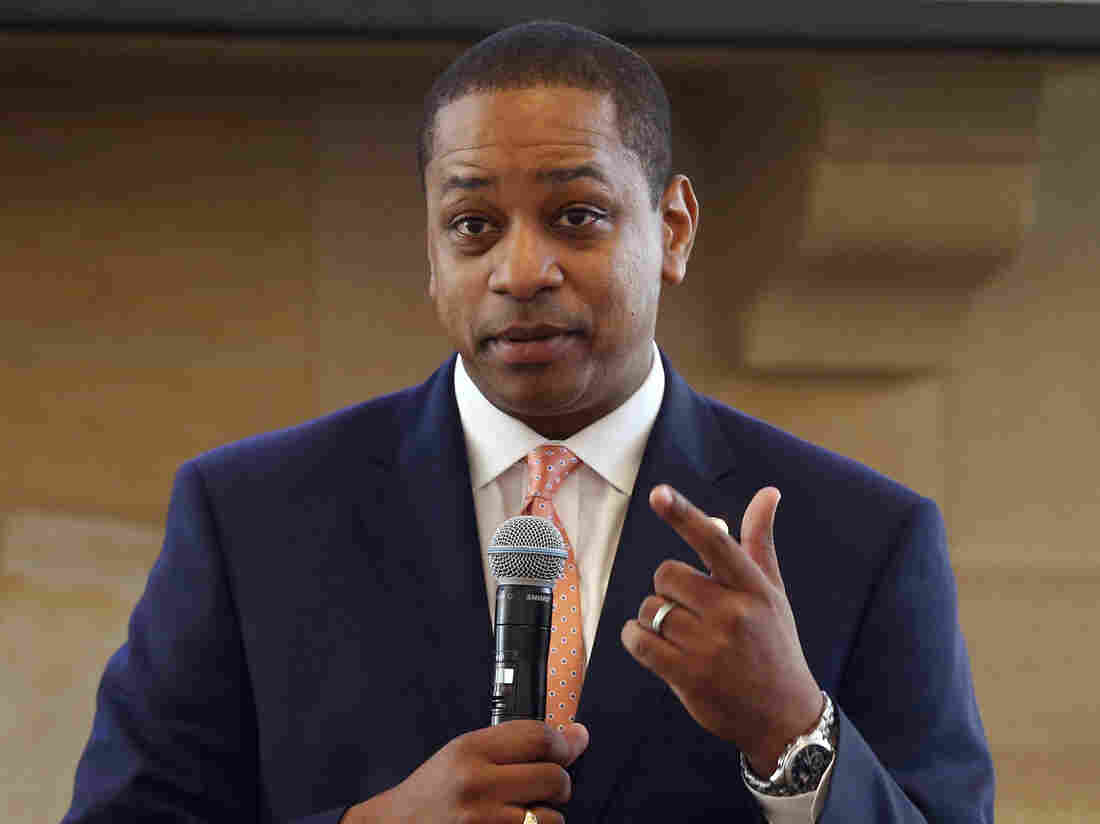 Virginia Lt. Gov. Justin Fairfax denies the sexual assault allegations made by two women. Fairfax and his accusers have been invited to testify at a hearing before a Virginia General Assembly panel. Steve Helber/AP hide caption 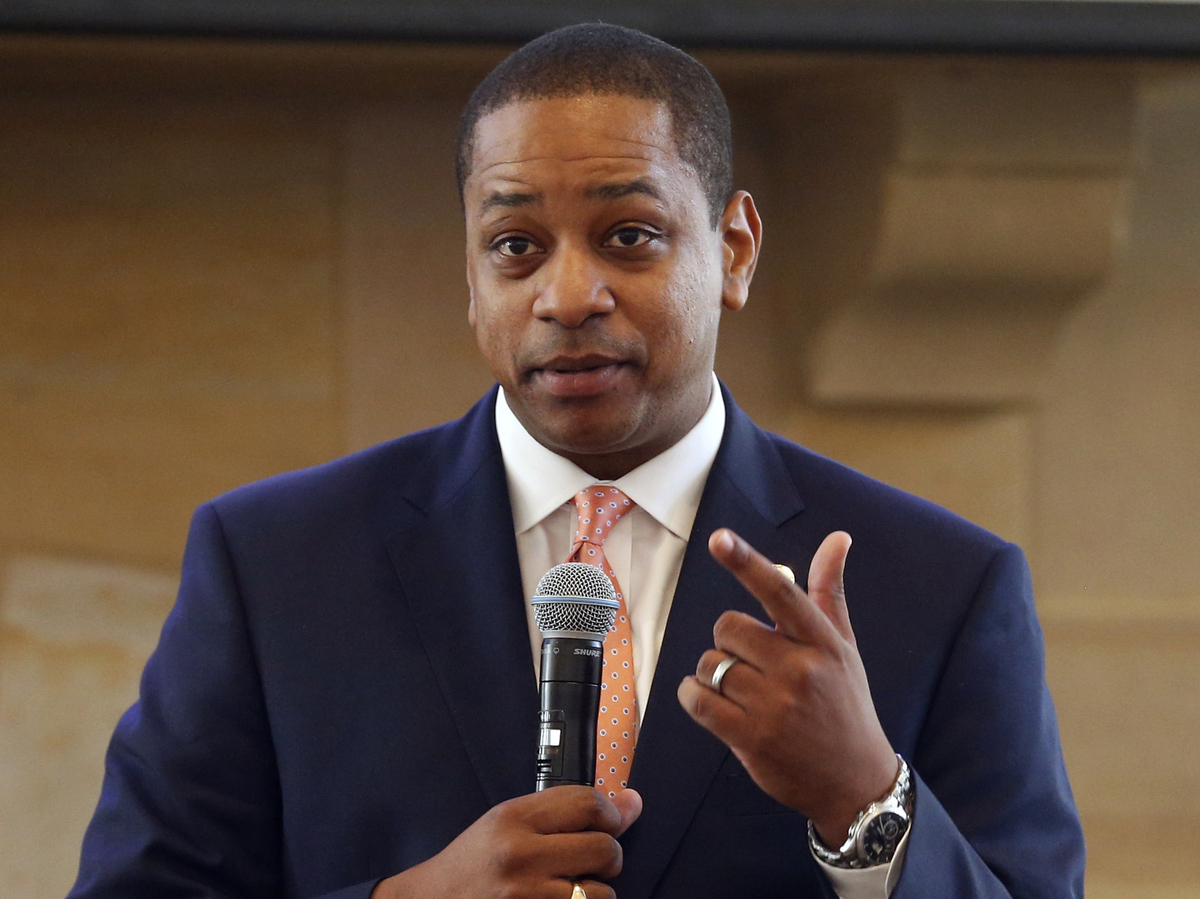 Virginia Lt. Gov. Justin Fairfax denies the sexual assault allegations made by two women. Fairfax and his accusers have been invited to testify at a hearing before a Virginia General Assembly panel.

A Republican lawmaker said he plans to invite two women who have accused Virginia Lt. Gov. Justin Fairfax of sexual assault to share their stories before a General Assembly panel.

Del. Rob Bell made the announcement from the floor of the House of Delegates Friday. The hearing will take place in the House Courts of Justice Committee, which Bell chairs. A date was not set.

Fairfax, a Democrat and only the second African-American to be elected to the lieutenant governor post, has vehemently denied the allegations brought forth by Meredith Watson and Vanessa Tyson.

In his remarks, Bell called the allegations "obviously extraordinary and extremely serious." He said that Fairfax will also be invited to testify.

"This will give all parties a chance to be heard," Bell said.

Fairfax has said the encounters with both women were consensual.

A spokesperson for Fairfax accused Republicans of "engaging in political theater."

"The Lt. Governor has consistently denied the unsubstantiated allegations against him and he has consistently requested a full, fair, independent, impartial, and non-political investigation by law enforcement. Obviously this House Republican-led effort is partisan," spokesperson Lauren Burke said in a statement.

Tyson, an associate professor of politics at Scripps College in California, accused Fairfax of forcing her to perform oral sex in a hotel room during the 2004 Democratic National Convention in Boston. Watson alleges Fairfax raped her while they were both undergrads in 2000 at Duke University.

Watson is "gratified" a hearing has been announced and "she looks forward to testifying at this forum," according to a statement by her attorney Nancy Erika Smith.

Earlier in the week, Watson wrote an op-ed for the Washington Post in which she blasted the Virginia General Assembly for failing to "take the simple and responsible step of arranging a thorough public hearing" that both she and Tyson said they'd be willing to appear before.

The hearing announcement comes after days of contentious back-and-forth between Republicans and Democrats over how best to handle the Fairfax allegations.

Republicans accused their Democratic counterparts of thwarting efforts to form a bipartisan subcommittee to investigate. For their part, Democrats have said they favored a law enforcement investigaton that "should proceed unencumbered and outside the political arena."

Ms. Watson & Dr. Tyson are courageous in coming forward to tell their stories. We respect all survivors and believe they should be fully heard. The allegations they have made against Lt Gov Fairfax are criminal in nature and we are treating them with the seriousness they deserve

Given the allegations, it is appropriate that the Suffolk County District Attorney in Massachusetts has offered to investigate. We would hope any other jurisdictions involved would follow Massachusetts’ lead.

The Fairfax allegations came to light earlier this month in the aftermath of Gov. Ralph Northam's blackface scandal. At the time it seemed Fairfax might be elevated to governor as calls grew for Northam to step down.

Both men have resisted calls to resign as has Attorney General Mark Herring, a Democrat and third in line to the governorship, who also admitted wearing blackface while in college in the 1980s.

Northam, who has kept a low profile in recent weeks, earlier Friday hosted members of the Richmond 34, a group of Virginia Union University students who were arrested for staging a sit-in at a whites-only lunch counter in Richmond in 1960.

The governor was supposed to attend a ceremony at the historically black university on Thursday but canceled after student leaders asked him to reschedule.

It had been slated as the first stop in the governor's "reconciliation tour" to try to move beyond revelations he donned blackface in 1984 and the discovery of a racist photo depicting a man in blackface and another in Ku Klux Klan uniform on Northam's medical school yearbook page. Northam initially said he was in the photo, before denying it a day later.

According to a Northam spokesperson, the governor offered no new policy proposals during his meeting with the Richmond 34, but they shared personal stories of what happened on that day — 59 years ago Friday — and that there is still racial progress that needs to be made.