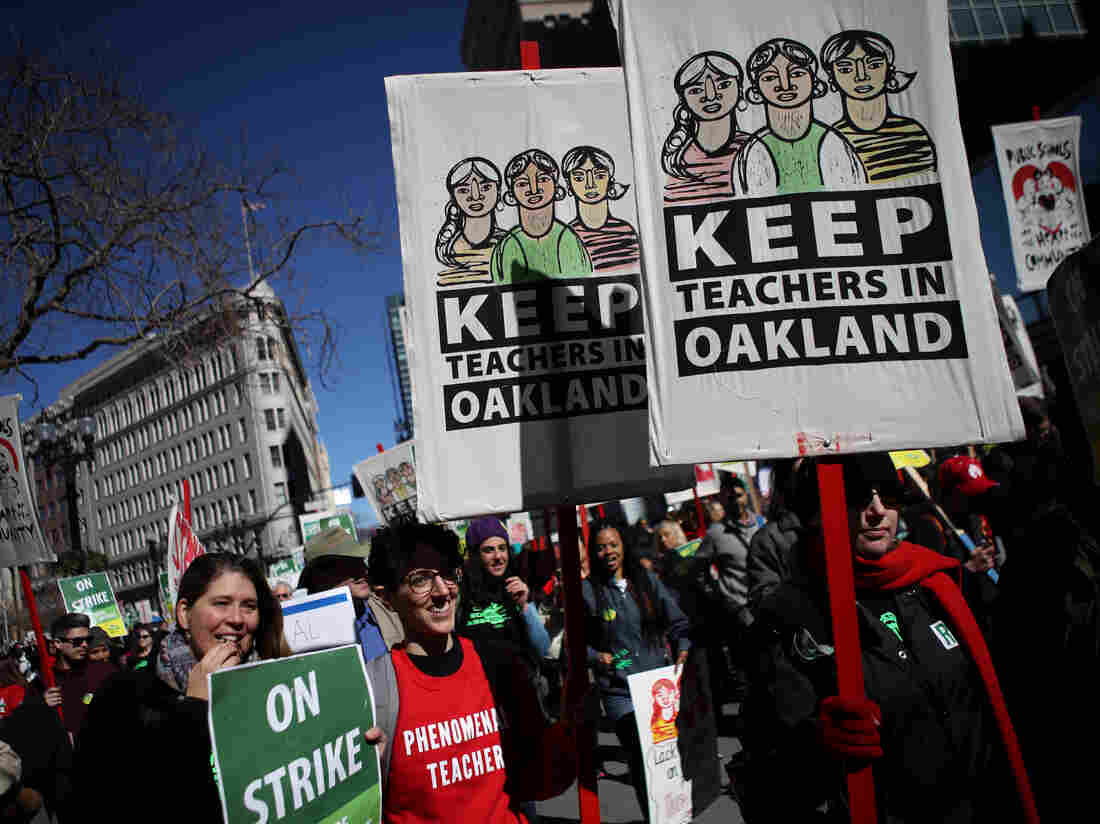 Oakland teachers and parents carry signs as they march to the Oakland Unified School District headquarters this week. Nearly 3,000 teachers in Oakland have gone on strike and are demanding a 12 percent retroactive raise. Justin Sullivan/Getty Images hide caption 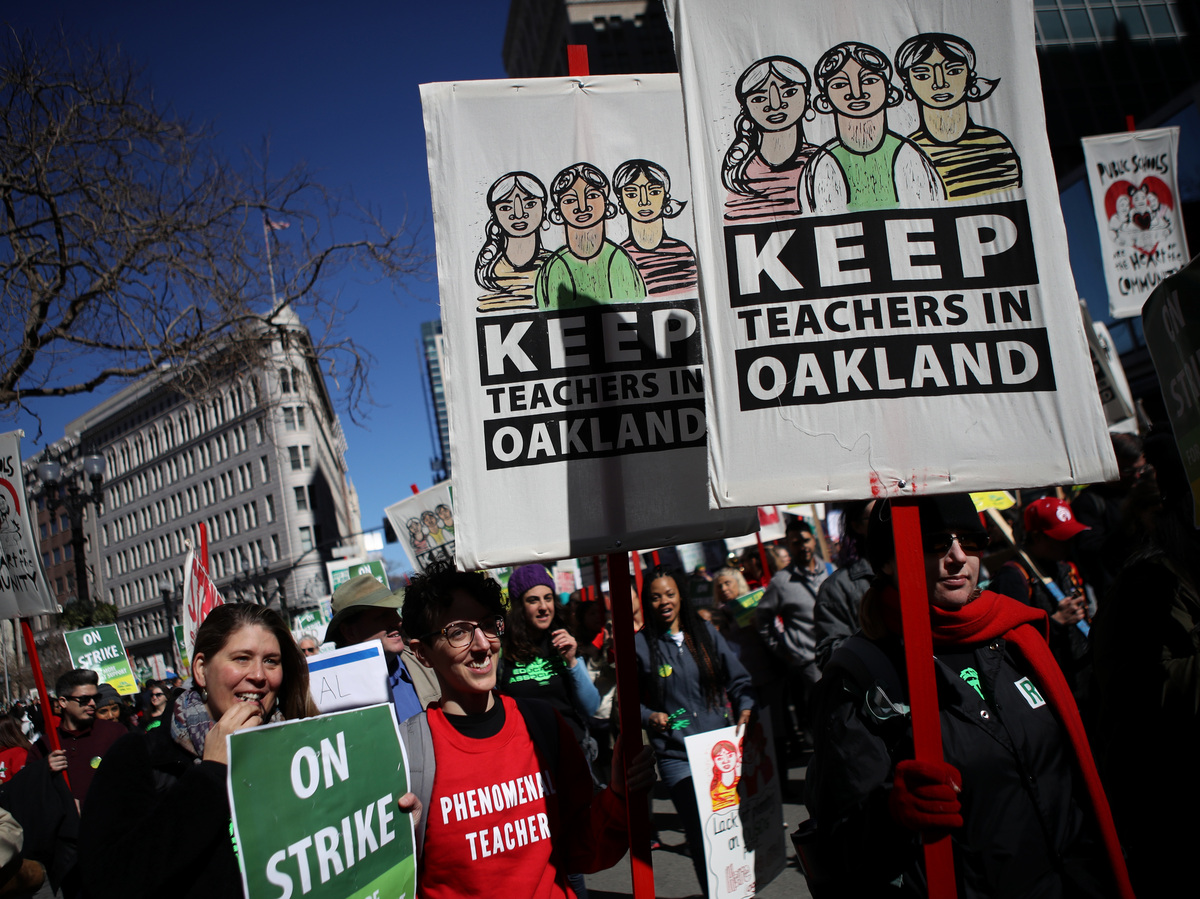 Oakland teachers and parents carry signs as they march to the Oakland Unified School District headquarters this week. Nearly 3,000 teachers in Oakland have gone on strike and are demanding a 12 percent retroactive raise.

Oakland teachers are the latest to strike

Teachers in Oakland, Calif., went on strike Thursday after the Oakland teachers union rejected a last-minute proposal from the district Wednesday. Teachers in the Oakland Unified School District have been working without a contract since July 2017.

The Oakland Education Association, which represents around 3,000 educators, is seeking a 12 percent pay raise, reductions in class sizes and more nurses and counselors in schools. The district's latest offer included a 7.5 percent raise over three years, plus a retroactive 1.5 percent bonus, KQED's Matthew Green reports.

Oakland schools remained open during the first two days of the strike, staffed by non-union employees and substitute teachers.

The district is also shouldering a $30 million budget deficit.

On Tuesday, teachers in West Virginia went on strike. But it only took a few hours for the state's House of Delegates to effectively kill the controversial education bill the state's teachers' unions were protesting.

Despite the legislature's action, union leaders called for the strike to continue on Wednesday, through the deadline when the bill could have technically been revived.

The education bill would have increased funding for public schools and also paved the way for the creation of charter schools as well as a voucher system, called education savings accounts.

Union leaders said Tuesday that, despite the bill not passing, their members articulated "trust" issues with lawmakers, according to West Virginia Public Radio's Dave Mistich.

"Carmichael said Wednesday he would have to look at a state employee pay raise bill moving through the House before deciding if he would try to incorporate the failed reform measures into the salary increases.

"Leaders of the three unions say their members are prepared to head back out on strike should anything else warrant such action."

Reform school has a hidden history of violence

An investigation published this week by the Philadelphia Inquirer found a "hidden history of abuse" at the Glen Mills Schools outside Philadelphia.

According to the Inquirer's Lisa Gartner, "serious violence is both an everyday occurrence and an open secret" at the reform school. She reports "counselors throw punches and break boys' bones to punish them for breaking school rules."

The paper obtained internal documents, court records and incident reports, and conducted over 40 interviews, with students, staff and others affiliated with the school.

According to the Inquirer, the school has formed a task force to examine reports of misconduct, and "promised sweeping changes to everything from hiring practices and staff training to school culture and student grievance procedures."