Accessibility links
Experiences With Racism In American South Inspired Gary Clark Jr.'s 'This Land' On his latest multigenre album, Clark is unapologetically angry. He tells NPR's Michel Martin what inspired it: "That's what came out as a result of ... life being black in this country." 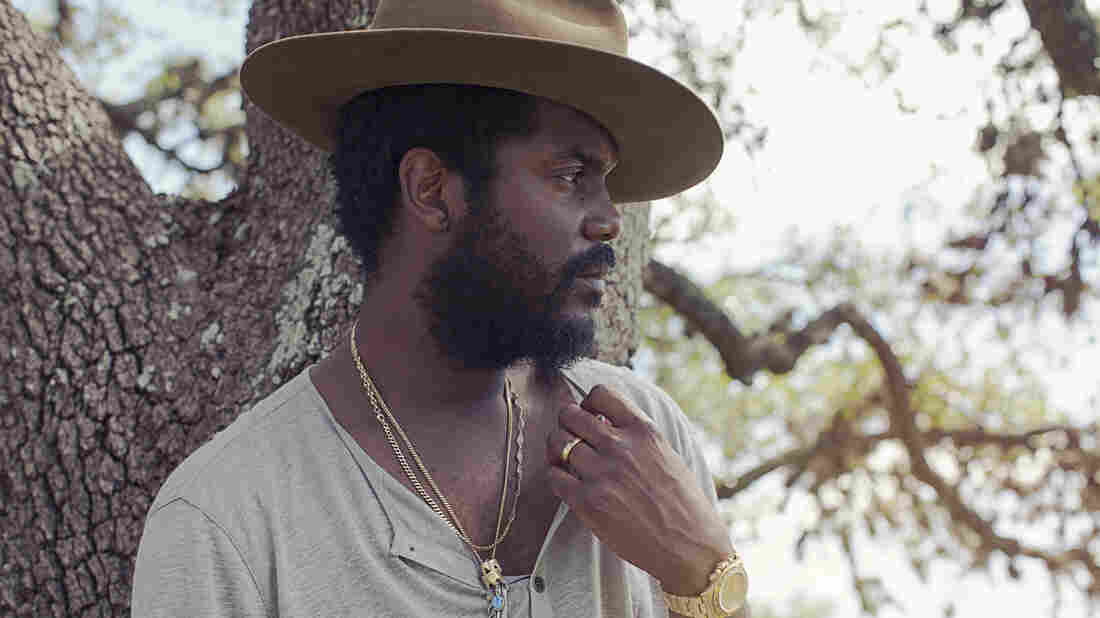 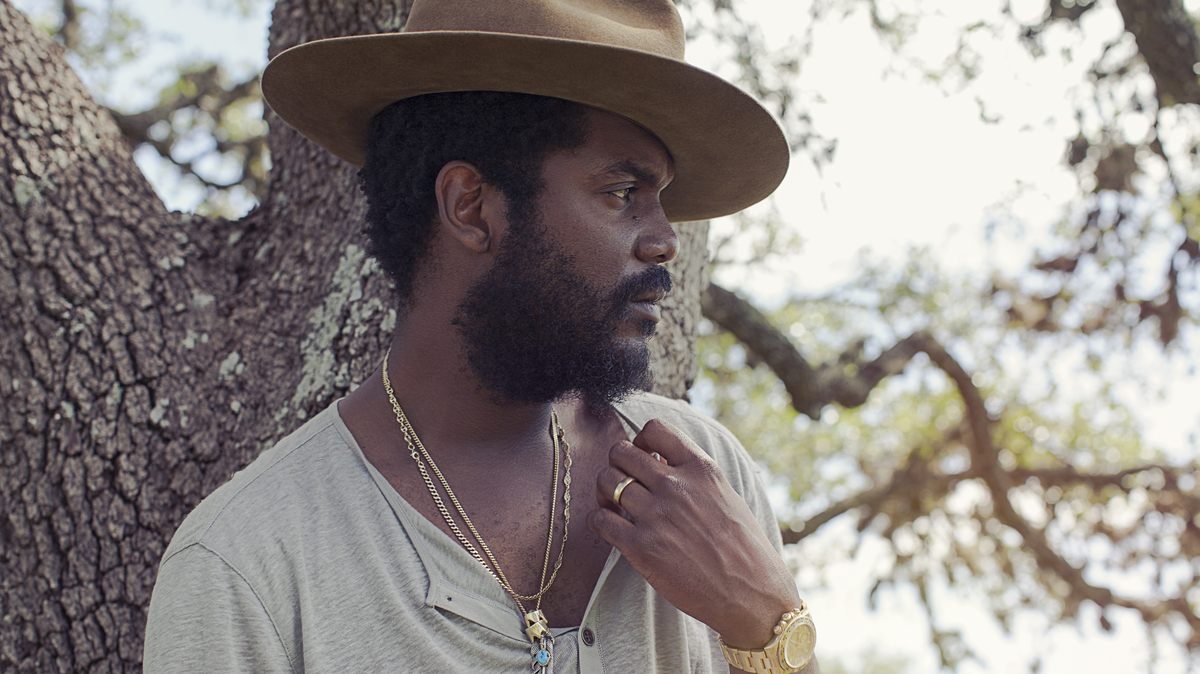 Gary Clark Jr.'s latest album, This Land, is out now.

The singer and guitar prodigy grew up in a place he describes as "right in the middle of Trump country," in Austin, Texas, where he experienced regular instances of racism. In an interview with Rolling Stone, Clark talks about instances of people writing the n-word on the fence outside his house, shoving dog feces in his mailbox, or putting the Confederate flag over his fence.

It wasn't until last year that his anger over how he was being treated hit a boiling point.

In an interview on All Things Considered, Clark told NPR's Michel Martin that a neighbor came up to him last year and asked who lived on the 50-acre property that Clark had bought in Austin with his wife Nicole Trunfio to raise their two children.

"I do," Clark responded.

"There's no way you can live here," the neighbor responded.

His neighbor didn't believe him, he said, and insisted on speaking with "the homeowner," despite Clark repeatedly insisting, "This is my house."

The whole time, Clark's 3-year old son was watching, and later asked, "Daddy, why is he so mad?"

Clark said he usually keeps his mouth shut in these types of situations, but his anger continued to bubble up, until it finally overflowed in the studio.

"I'm sitting in the booth and I didn't write it down. I just kind of freestyled and let this thing go," he said. "Everybody kind of took a breath after I'd done the take and I just sat on it."

The first reaction came from Jacob Sciba, Clark's engineer turned co-producer, who said, "It's angry, I don't like hearing you angry."

But in his latest album, This Land, he wanted to be honest about his feelings.

"That's what came out as a result of you know, life being black in this country, in this world, unfortunately," he said.

Racially charged headlines starting from the 2016 presidential election onward — such as Charlottesville, Colin Kaepernick, or police brutality — all festered in Clark's mind, he said, so the incident with his neighbor opened the floodgates to think about racism in America.

In response, Clark comes out swinging in his album's title song "This Land." The song starts with synthetic tones and raw guitar riffs, but quickly kicks off with a cantankerous beat as Clark talk-sings:

Paranoid and pissed off

Now that I got the money

Fifty acres and a model A

Right in the middle of Trump country

I told you, "There goes a neighborhood"

I see you looking out your window

Can't wait to call the police on me

Flames of anger lick the notes in the song and then full-out explode in a chorus of rage when Clark sings about people telling him to, "Go back where you come from."

In the song's music video, Clark's anguished face leans out of the shadows and he offers a defiant, in-your-face response.

"I'm America's son. This is where I come from."

The line has a gruff bite to it, contrasting with Clark's usual easygoing and relaxed voice. "This Land" is an outlier on an album of easy-to-swallow tunes that crisscross multiple genres like rock and roll, rhythm and blues, funk, reggae, and hip-hop.

For "This Land," Clark was concerned about portraying himself as the racist stereotype of an angry black man, but he felt it was important to keep it real.

"There's levels to me," he explained. "If I'm going to mix genres up I should be able to mix up emotions too."

Among the album's 16 songs is "Pearl Cadillac," in which Clark sings in a Prince-like falsetto about his gratitude toward his mother.

I remember when I left home in that pearl Cadillac

I was searching for some kinda way to pay you back

The Cadillac Clark sings about is his 1994 purple DeVille Cadillac, which he said he packed up to tour with American blues rock guitarist Jimmie Vaughn roughly 15 years ago.

Right before he left, Clark said his mother said to be careful and "make me proud." Her support inspired the powerful ballad, which Clark then performed on SNL.

Halfway through the song, Clark's soft, sweet voice singing "I don't wanna let you down. Oh, I only wanna make you proud," contrasts with the wailing of his guitar one beat later when Clark puts flesh to the strings. Never missing a beat, Clark sways and leans into the music.

It sounds as though he's bleeding himself out in notes; everything is left on the stage.

In This Land, it's easy to hear the connection to Clark's early soul music influences such Sly & the Family Stone, Curtis Mayfield, Luther Vandross, Whitney Houston and Stevie Wonder. Some of these influences came from his parents, but some came from his hometown music scene in Austin as well.

So, Clark decided he wanted to try it all.

He started collecting every single instrument he could — if it made noise, Clark loved it. He even owns bagpipes, though he doesn't know how to play them yet.

"I just want to figure it out and be a part of it. All these influences have sucked up into me," he said. "I just put it all in one big pot of gumbo and started stirring it around and see what happens."

The political and social commentary in This Land through songs like "Feed The Babies" and "The Governor" is nicely balanced with experiences from Clark's personal life. Though every track is different, sometimes dramatically so, Clark emblazons each one with searing guitar and the flavorful spirit of the blues.

Clark is currently on tour for the album, which will bring him across the U.S. and around the globe, far from his Texas roots.

"I'm singing like I never sang in my life before," he said. "I'm going to be exhausted after this but it's time to put it all out there on the table."

With career opportunities like these, Clark said he hopes to progress the fight for equality that those before him — such as Martin Luther King Jr. — took up.

After his tour, Clark will return to the 50-acre home for which he worked.

He earned it, and he's not leaving.