Accessibility links
The 2019 Oscars' Best Original Song Nominees, Cruelly Ranked It's wrong to use the Academy Awards' celebration of excellence as an excuse to nitpick others' creative output. So let's do this. 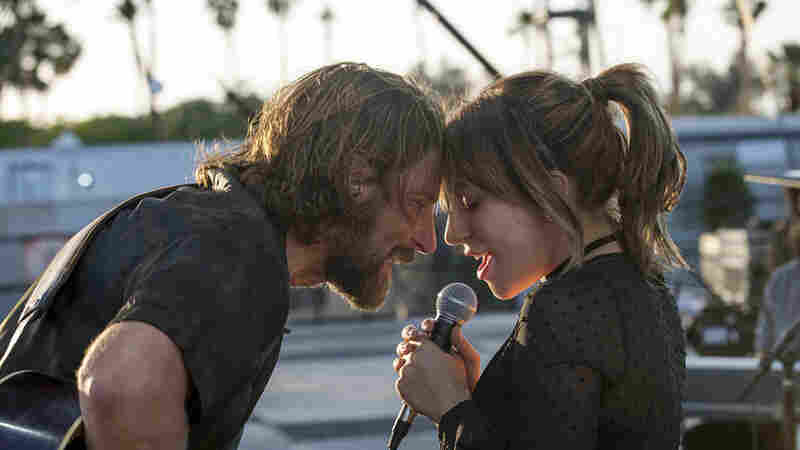 Bradley Cooper and Lady Gaga perform "Shallow" in A Star Is Born. It's likely to win Best Original Song at the Academy Awards this Sunday, but should it? Warner Bros. Pictures hide caption 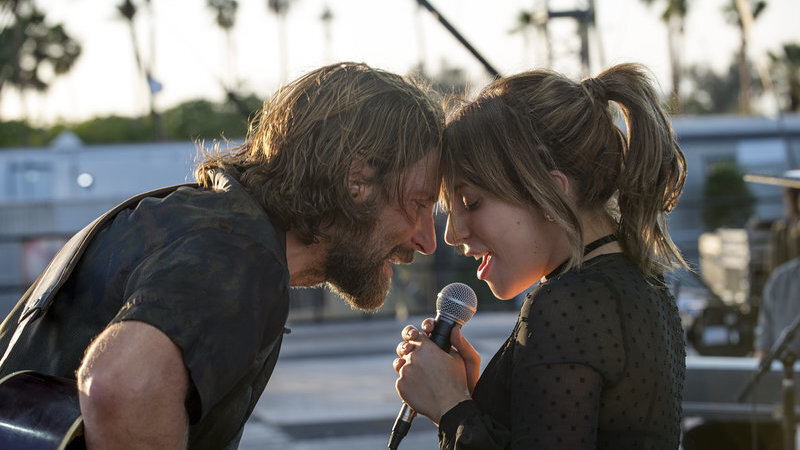 Bradley Cooper and Lady Gaga perform "Shallow" in A Star Is Born. It's likely to win Best Original Song at the Academy Awards this Sunday, but should it?

When you're filling out your Oscar pool, there are always a few boxes everyone checks. Maybe it's a performance that's swept every other awards show, or maybe it's a movie that seems to have every possible metric on its side. But when you check that box, you know you're virtually guaranteed to get at least one right.

Oscars Preview: We Talk Who Will, Who Should And Who Won't Win

A few of those picks dot the ballot this year. Strongly in the running for Best Picture, Roma would seem to have Best Foreign Language Film locked down. Spider-Man: Into the Spider-Verse seems like an awfully good bet to win Best Animated Feature. But no category seems more firmly decided than Best Original Song. "Shallow," the piece of music at the core of A Star Is Born, has every possible form of momentum: It won a Golden Globe and a pair of Grammy Awards, it's performed by huge stars (that'd be Lady Gaga and Bradley Cooper), it provides the biggest moment of a heavily decorated film and it's a radio hit. It's almost certainly going to win.

So it may seem unnecessary to rank this year's stacked field of Best Original Song nominees — and besides, it feels wrong to use the Academy Awards' celebration of excellence as an excuse to nitpick others' creative output. So let's do this!

There's nothing wrong with "I'll Fight," the stirring Jennifer Hudson anthem that rolls over the closing credits of RBG. It's certainly got an impressive-enough Oscars pedigree behind it: This is the 10th nomination (without a win!) for songwriter Diane Warren, singer Jennifer Hudson won an Oscar for her performance in Dreamgirls and RBG itself is nominated for Best Documentary Feature. But "I'll Fight" itself feels like it could have been written by an app; it hits all its marks (defiance, uplift) without evoking much personality.

It doesn't help that a cursory glance at this year's shortlisted songs shows you some of the superior material that was in the running, including songs by Sade, Jonsi & Troye Sivan, Sampha, Dolly Parton, Thom Yorke and The Coup, whose "OYAHYTT" could have fed the Oscars telecast a much-needed jolt of ferocity and joy.

For those of us who left Mary Poppins Returns wondering why it needed to exist, here's at least one answer: the sweet ballad "The Place Where Lost Things Go," in which Emily Blunt puts a terrible loss in perspective with characteristically useful wisdom. Where many of Mary Poppins Returns' songs felt weighted down with the sweaty effort of Disney Magic, this one got at something deeper: a spare and tunefully melancholy life lesson, dispensed with kindness and aided by an orchestra that knows just when to hang back and when to hit the gas pedal.

Okay, sure: "Shallow" is going to win. And it would truly deserve to win, if "Best Original Song" translated to "Best Moment When A String Of Ahh-Ahh-Ahhs Smashes Into A Massive Chorus." Because that moment is absolutely epic, especially as a scene within A Star Is Born itself. But it's preceded by a string of thudding, plodding verses — "Ain't it hard keepin' it so hardcore?" — that basically lie around for almost two minutes, waiting impatiently for the first chorus to land. Best song moment, though, for sure.

This one gets bonus points for shining the Oscars spotlight on the great Gillian Welch and David Rawlings, who'll perform the song on Sunday night's telecast. What could have been a corny old-time lament — it's literally a song about a cowboy going to the Great Beyond — reads as plainspoken poetry, with a subtle radiance to it that's only enhanced when Welch and Rawlings perform it themselves. (That said, it speaks to their distinct songwriting voices that it's recognizably their composition even when Willie Watson and Tim Blake Nelson perform it.)