Accessibility links
The Chicken Is Local, But Was It Happy? GPS Now Tells The Life Story Of Your Poultry GPS bracelets attached to chickens might soon allow you to know exactly how many steps your entrée took and what it ate. 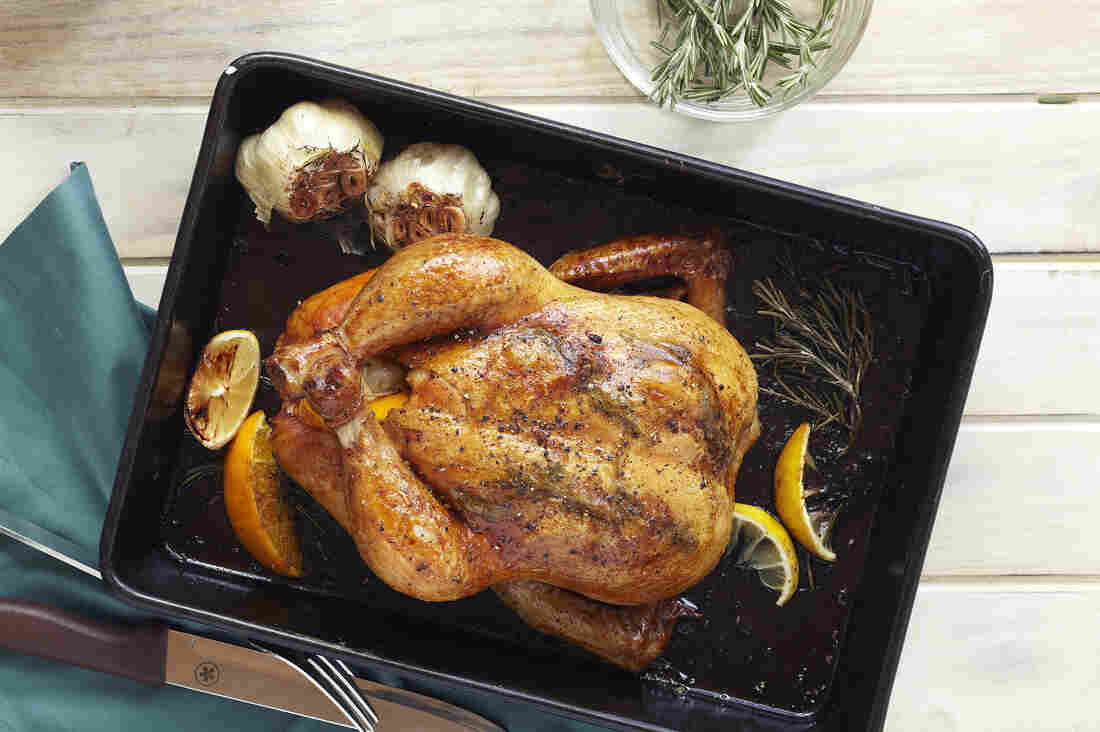 A GPS tracker strapped to the leg of a chicken means "that people who potentially will buy that chicken will know every step that that chicken has taken," says food historian Robyn Metcalfe. Jodi Pudge/Radius Images/Getty Images hide caption 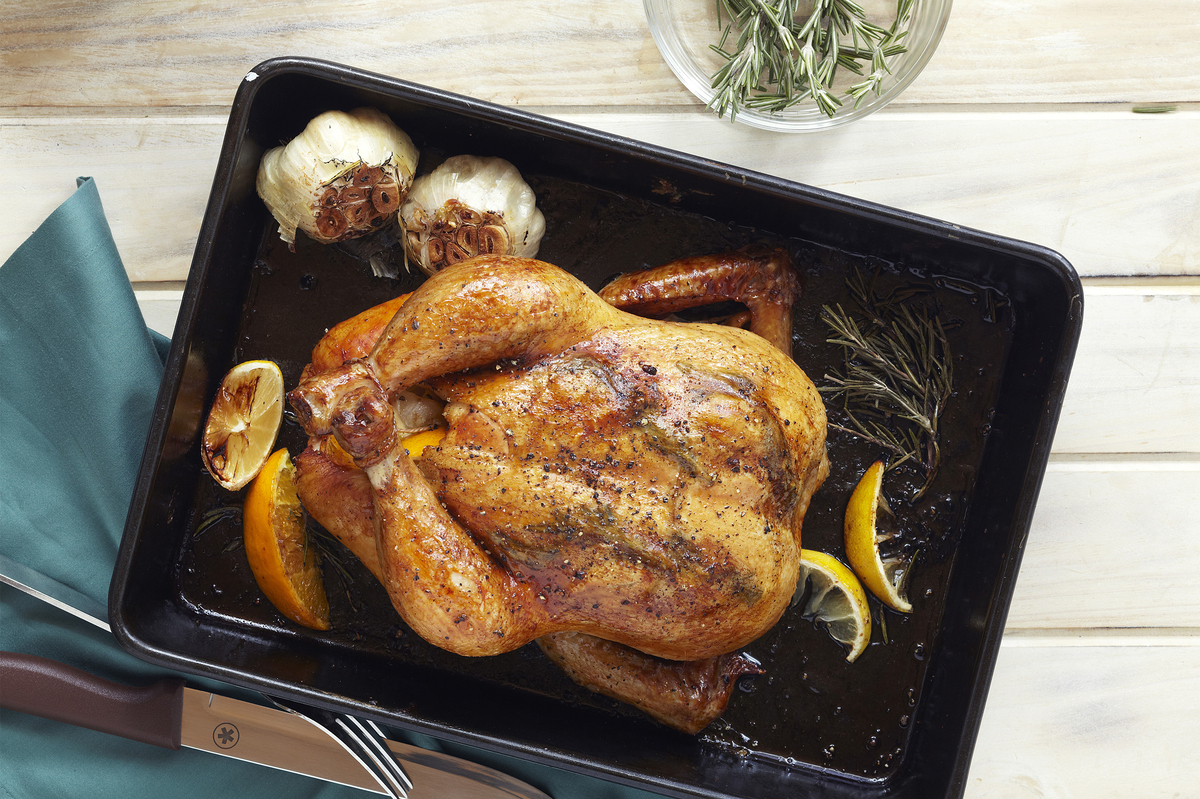 A GPS tracker strapped to the leg of a chicken means "that people who potentially will buy that chicken will know every step that that chicken has taken," says food historian Robyn Metcalfe.

Shoppers are willing to pay a premium for ingredients that are cage-free, organic or wild caught. But how do you really know if the chicken you are eating spent its life happily pecking for corn or if your blackberries were grown locally and are pesticide free?

Simple. Put a tracking device on it.

It's not as absurd as it sounds, says Robyn Metcalfe, a food historian who teaches at the University of Texas at Austin. A GPS tracker strapped to the leg of a chicken, says Metcalfe, means "that people who potentially will buy that chicken will know every step that that chicken has taken."

ZhongAn Online, a Chinese insurance company, has already outfitted more than a 100,000 chickens with trackers. The sensors upload information, such as how much exercise each chicken gets and what it ate. The company says the technology will be on 2,500 farms in China by next year.

They are also working on facial-recognition technology so that consumers can one day make sure the organic chicken they saw on the farm is the same one that ends up on their plate.

The desire for a more personal relationship with your entrée was once just fodder for television humor. In Portlandia's pilot episode, two diners question their server about the organic bona fides of the chicken. To reassure them that their entrée was not only healthy but happy, their server provides them with the chicken's bio and photo. His name was Colin.

Metcalfe tells NPR's Lulu Garcia-Navarro that in real life, plenty of consumers are genuinely interested in knowing where their food comes from, and are willing to pay for it. It's part of the farm to table movement.

Tracking technology is already being used by California-based Driscoll's, the largest berry distributor to monitor shipments in real time. Metcalfe writes in her book, Food Routes: Growing Bananas in Iceland and Other Tales from the Logistics of Eating, that consumers can hold their phones up to a QR code on the packaging of their berries to see the smiling faces of the family that grew them.

The real push, however, is from the industrial sector.

"Obviously they're trying to look at technology for ways to lower risk," says Metcalfe. Suppliers want to validate the safety of food going through the system. It helps them avoid costly recalls and public relations nightmares.

Tracking devices can pinpoint exactly which farm was affected by the bird flu or which one produced E. coli-tainted lettuce. They can also tell you how long produce was in transit and whether it was exposed to warm temperatures.

Metcalfe says one major food seller, Walmart, is testing the technology on leafy green vegetables, such as spinach and lettuce. The idea is that once the source of contamination is found, that produce can be recalled and destroyed, as opposed to recalling millions of pounds of meat.

"So if you have a food borne illness breakout like we just saw or outbreak like we just saw with romaine lettuce or raw turkey meat, you can use this technology moving through the supply chain to really be much more responsive about where it happened and why it happened."

Metcalfe says it's not yet clear how many producers would embrace this technology. Those who raise animals on an industrial scale aren't exactly eager to let the public see what happens on their farms.

"How you move food through the supply chain is, in effect, your intellectual property," says Metcalfe. "And so you may not be so willing to sign on to this technology."

Metcalfe describes this brave new world as a mixed bag. "The food system could be open to hacking," she warns.

"I'm a technology optimist," says Metcalfe. "I see it's coming. It's already here. But how do we navigate through this sort of tension between open and sharing and safe and trusted. It'll will be really interesting to watch."