Accessibility links
Pope Calls For 'All-Out-Battle' On Clergy Sex Abuse, With Few Specifics At the end of his four-day summit, Pope Francis called priests who had abused minors "instruments of Satan." But critics said his address did not offer a strong enough message against clergy abuse. 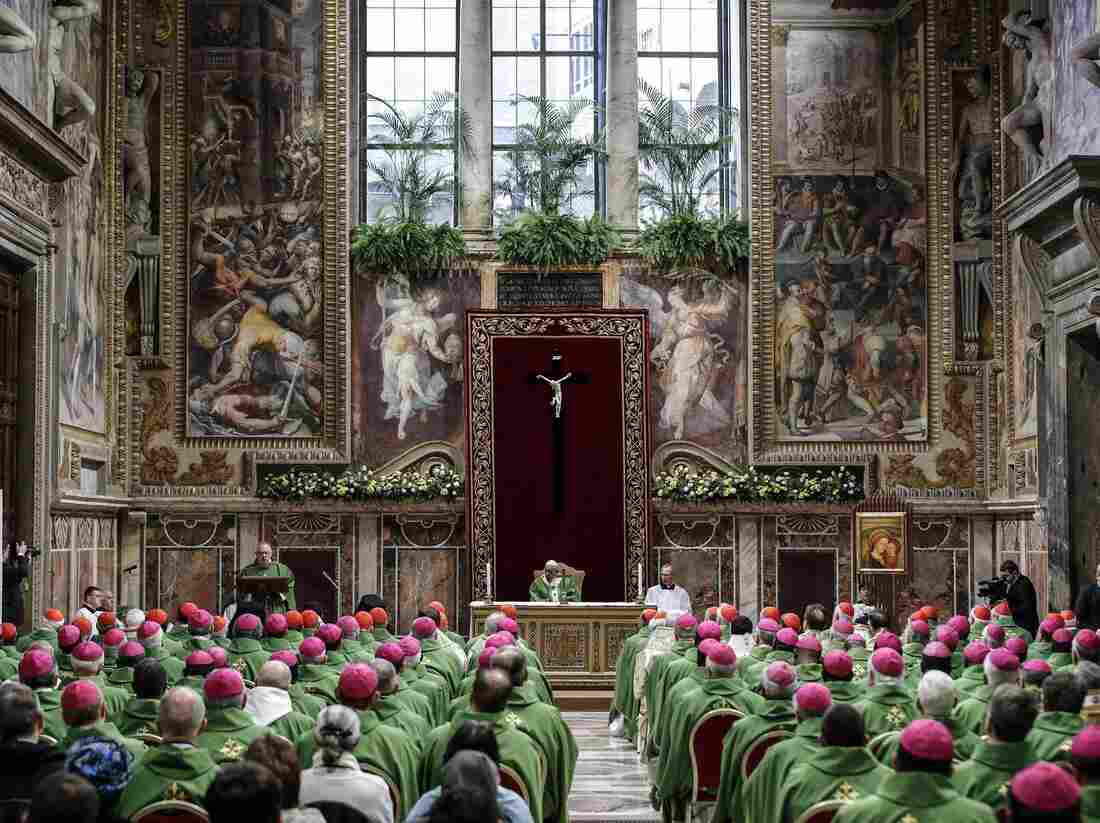 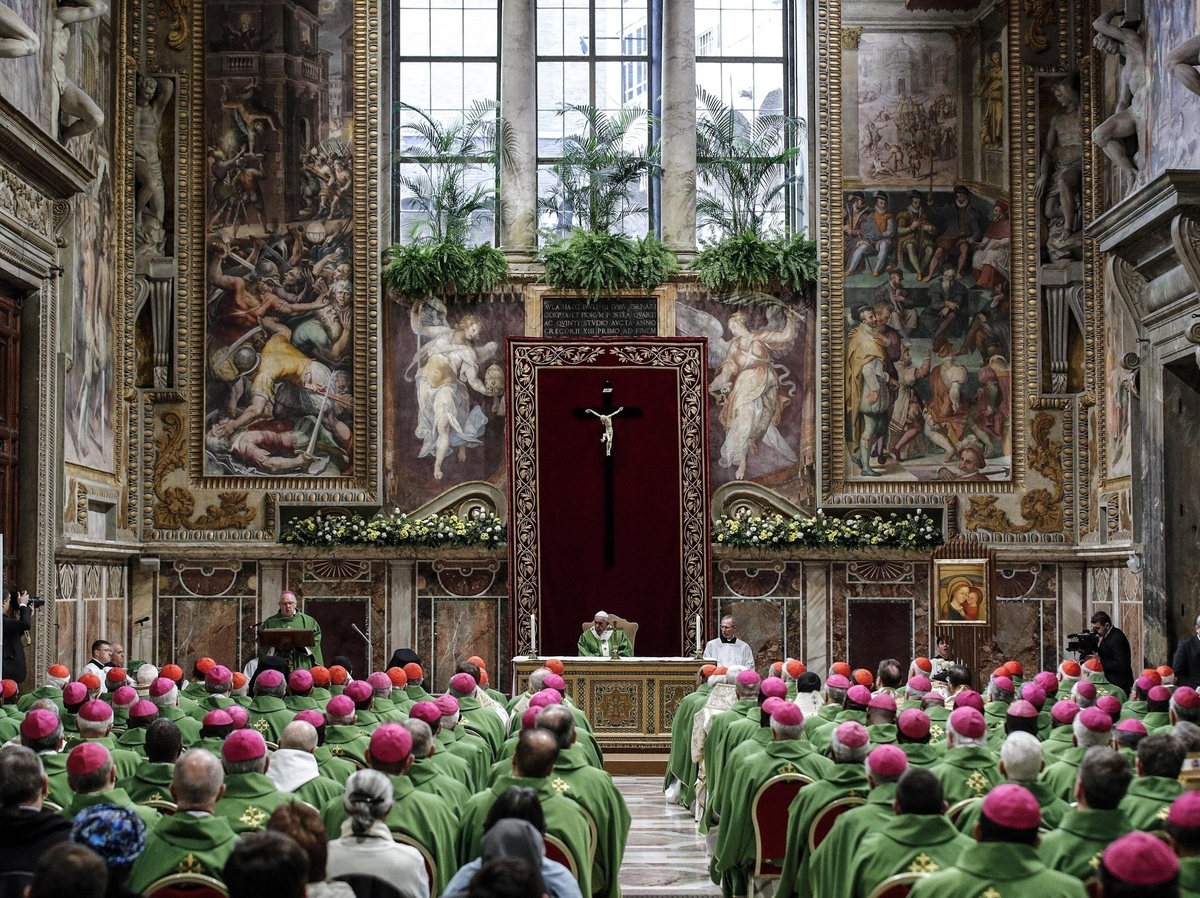 Pope Francis celebrated a final Mass on Sunday to conclude his unprecedented summit of Catholic leaders on clergy sexual abuse.

Wrapping up an unprecedented Vatican summit, Pope Francis denounced the abuse of minors and called for an end to the Catholic Church's long history of covering up the scandal.

In a Mass on Sunday, he made an appeal for an "all-out battle" on clergy sex abuse but offered few specifications, reflecting broader criticisms that the four-day meeting had not produced concrete actions to hold church leaders accountable.

Francis told church leaders that most sexual abuse of minors occurs in the family and talked about abuse in relation to online pornography and sex tourism across the world.

But he added that the universality of abuse "does not diminish" the harm done within the church, and he called those who had abused children "instruments of Satan" and "ravenous wolves." The presence of abuse within the church, Francis said, is more scandalous because of its incompatibility with the Church's "moral authority and ethical credibility."

"Indeed, in the people's justified anger, the Church sees the reflection of the wrath of God, betrayed and insulted by these deceitful consecrated persons," the pope said.

Critics called the speech lukewarm, saying that it brought no new intensity or specificity to the issue. Becky Ianni, who was sexually violated by her family priest as a child, says the pope just reiterated points he had previously put forward before.

"He talked about prayer and penance," Ianni, a board member of Survivors' Network of Those Abused by Priests, told NPR. "While those are nice sentiments, none of those things are going to protect children right now. And that's my number one concern as a victim of clergy abuse."

She says SNAP has asked the pope to take specific actions, including firing bishops or cardinals who cover up abuse and turning over church records to secular authorities.

Anne Barrett Doyle, co-director of BishopAccountability.org, told The New York Times that the pope's Mass was a "catastrophic misreading" of the grief and anger within the Church.

"As the world's Catholics cry out for concrete change, the pope instead provides tepid promises, all of which we've heard before," she said.

Francis had invited 190 Catholic bishops and religious superiors for a summit to discuss how the institution would address the clergy sex abuse crisis. It was the first time the pontiff had gathered church leaders from around the world for such a purpose, raising hopes that it might mark a turning point in the institution's slow track record of responding to the issue. But the Vatican dampened expectations early on, calling the summit a "meeting characterized by prayer and discernment."

On Sunday, the Vatican announced that it would publish an edict from the pope and rule book on the protection of minors, in addition to forming a task force. Rev. Federico Lombardi, the moderator of the summit, said Vatican leaders would meet Monday to reflect on propositions and needs brought up at the gathering.

Rev. James Martin, a Jesuit priest and editor-at-large of America Magazine, said the summit was a necessary step for the Catholic Church.

"The concrete actions will come later in what's called a 'motu proprio,' which is a document that they said the pope is going to issue later on," he told NPR. "That will spell out, from what I understand, more rules and regulations. I think this was more of a reflection on what happened, and a kind of encouragement for a change of culture."

In one concrete step, Francis said he wanted to change church law on child pornography, so that the act would be considered a "grave delict" if it involved children under the age of 18, not just those under 14. That means all cases involving minors would be handled by the Vatican office that processes sex abuse cases.

Archbishop Charles Scicluna of Malta, a top Vatican sex crimes investigator, said the pope had expressed the need for a "change of heart."

"This is obviously theological language, but it is a very important language for us," Scicluna told NPR's Weekend Edition. "The pope actually put the abuse of kids and the cover-up of that abuse on the same level of gravity."