Accessibility links
R. Kelly Out On Bail In Sexual Abuse Case The R&B singer appeared in court in Chicago on Monday morning. He has been charged with 10 counts of aggravated criminal sexual abuse. A judge had set his bond at $1 million on Saturday.

R. Kelly Out On Bail In Sexual Abuse Case

R. Kelly Out On Bail In Sexual Abuse Case 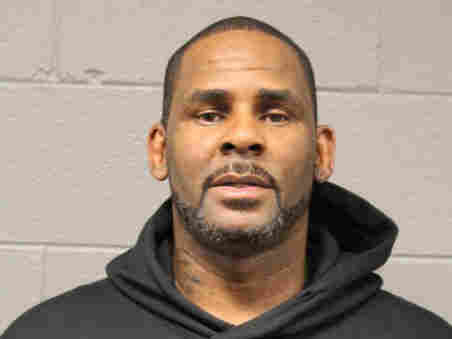 R&B star R. Kelly has been released from jail after posting the required bail of $100,000 — 10 percent of the bond. He entered a not-guilty plea Monday in response to being charged with 10 counts of aggravated criminal sexual abuse.

The singer was indicted last Friday in Cook County, Ill. Three of the alleged victims were under age 17 at the time of the alleged incidents, which prosecutors say span 1998 to 2010.

On Saturday afternoon, a judge set bond at $1 million.

On Saturday afternoon, Kelly's attorney, Steven Greenberg, told reporters that his client's finances are "a mess" and that "he really doesn't have any money." Multiple press outlets have also reported that according to court documents, Kelly owes more than $160,000 in unpaid child support.

On Friday, Greenberg asserted to reporters that all of Kelly's accusers "are lying ... everyone's trying to profit off of R. Kelly." Greenberg also argued that Cook County State's Attorney Kimberly Foxx indicted Kelly because she was "succumbing to public pressure."

Greenberg also told reporters on Friday that he believes that Cook County prosecutors are indulging in "double jeopardy" and a "rehash" of Kelly's 2008 trial, in which Kelly faced 21 charges of child pornography. Kelly was acquitted of all charges in that case; neither the alleged victim, a teenager, nor her parents testified in that trial, though other family members and friends did identify her.

Celebrity lawyer Michael Avenatti says that he represents six clients related to the allegations against Kelly, including two women, and that he has already submitted one videotape to the Cook County State's Attorney's Office. On Monday morning, Avenatti tweeted that he will be turning over a second video on Monday to prosecutors.

On Saturday, Avenatti emphatically asserted to reporters that the video he has already submitted to Cook County prosecutors — and which appears to be evidence in one set of the current charges against Kelly — is not the same as the videotape used as evidence in the 2008 trial.