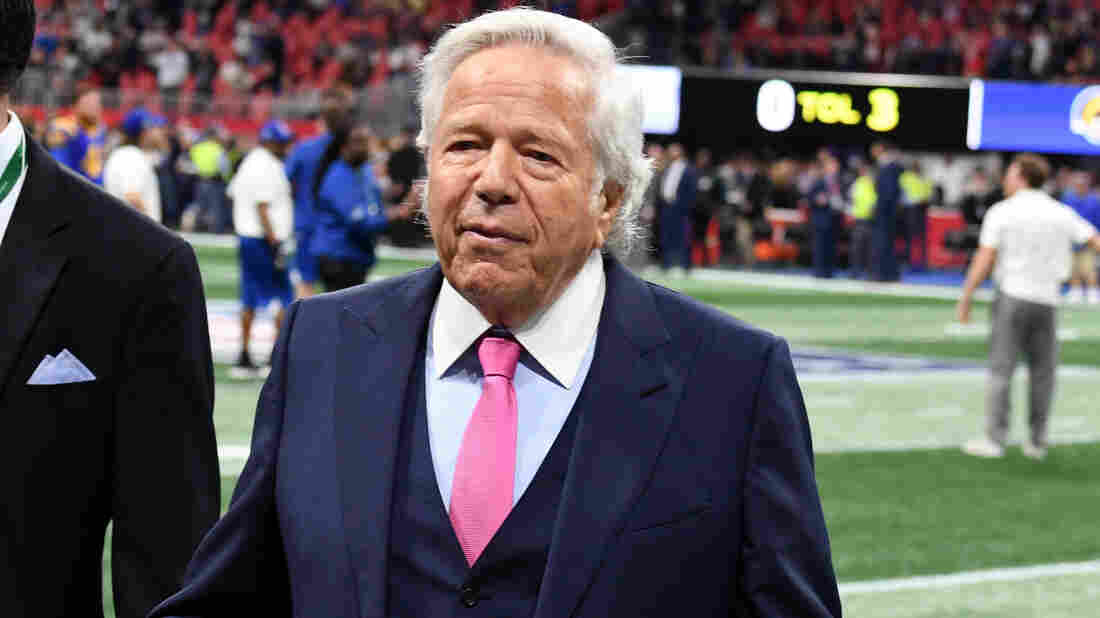 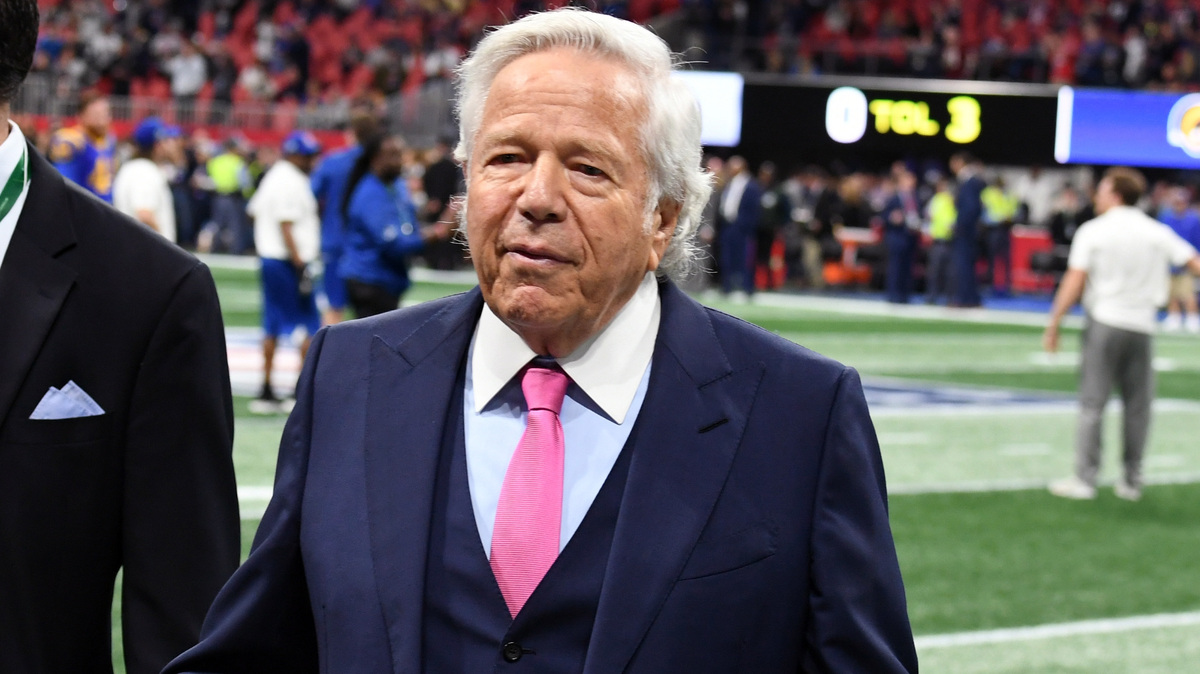 State Attorney Dave Aronberg said at a news conference Monday that Kraft, a resident of Massachusetts who also has a home in Palm Beach, is among 25 people facing first-degree misdemeanor charges of soliciting another to commit prostitution.

As for potential penalties, Aronberg said the charge potentially carries a prison sentence of up to one year, along with "mandatory 100 hours of community service, a mandatory $5,000 fine, and a mandatory class on the dangers of prostitution and human trafficking."

The police investigation into the spa was aimed at stopping human trafficking, which Aronberg equated to "modern day slavery" and called an "evil in our midst."

Officials will send Kraft a summons about the charge, the state attorney said. He also said all of the cases will be handled in the same way.

"No one gets any special justice in Palm Beach County," Aronberg said. He later added that none of the alleged "johns" were targeted, saying they come from "all walks of life — there's rich [and] poor, there's young and old."

The women who worked at the spa were victims of a criminal enterprise who deserve the government's help, Aronberg said. While he didn't provide new details about how the women who worked at the Jupiter spa arrived in the U.S., the state attorney described how human traffickers often lure women to come to the U.S. for the promise of a better life, but instead force them into becoming sex workers.

Kraft and the other men, including former Citigroup President and COO John Havens, and Wall Street financier John Childs, were snared in a sting operation that targeted the strip-mall massage parlor and spa — part of a broader investigation into what officials allege is a system of human trafficking and money-laundering.

Martin County Sheriff William Snyder, whose office opened the investigation that led to more than 300 arrest warrants across Florida counties, told NPR's All Things Considered the sting was launched after receiving a tip about one of the illicit businesses.

A health care worker visiting one of the day spas noticed suitcases in one of the massage parlors and other indicators that some of the women might be living in the storefront business, Snyder said. Eventually, officials discovered that six to eight women were living in the small commercial space at any given time.

"They were staying inside the massage parlor for 24 hours a day, seven days a week," Snyder explained, adding that the women, most of whom do not speak English, "were working seven days a week."

He said the women cooked food on hot plates and slept on the same massage tables where they were forced to provide sexual services for eight to 15 men per day.

A Chinese woman currently in protective custody has provided grim details about how some of the women ended up working there.

She told investigators she was offered a job "making a lot of money" in an American nail salon, Snyder said. "And before she knew it she came here and found herself in the sex trafficking industry in massage parlors."

She did not speak out because she feared her family in China would be put at risk if she cooperated with law enforcement.

In other cases, he said, women are trafficked into the country with their children and forced into making a horrible bargain with their captors: Engage in sex work in exchange for the well-being of their children.

"There are coercion points that keep them in bondage and the person with the key is not the trafficker. It's the men who go into these parlors and avail themselves of this human misery," Snyder told NPR. "I think they are monsters."

The Martin County probe quickly led to a multi-jurisdictional investigation in Indian River County — where billionaire Childs and three law enforcement officers were snagged — and Palm Beach County, where Kraft and Havens were charged.

Jupiter Police Chief Daniel Kerr said in a press conference on Friday that there is video evidence of the criminal acts "for all of the individuals being charged," including Kraft.

"We categorically deny that Mr. Kraft engaged in any illegal activity," a spokesman for The Kraft Group told NPR Friday in a statement about the case. "Because it is a judicial matter, we will not be commenting further."

"We're as equally stunned as everybody else," Kerr said of the high-profile suspects who now faced solicitation charges.

Kraft's is not the only boldface name among the spa's alleged clients. Also on the list is Citigroup's former president and chief operation officer John Havens.

The spa charges $59 for a half-hour treatment and $79 for a full hour, Detective Andrew Sharp said on Friday. When Sharp was asked if there is video evidence of Kraft in the massage parlor room receiving alleged sex acts, he replied, "The answer to that is yes."

In addition to seeking charges against men who visited the spa, Jupiter police also arrested its owner, Hua Zhang, and its manager, Lei Wang.

Kraft, 77, has a net worth that's estimated at some $6.6 billion. He was recently ranked No. 79 on Forbes magazine's list of the wealthiest people in the U.S. Most famously, Kraft has turned the Patriots into a dynasty, winning multiple Super Bowl titles since its first championship in 2002. He acquired the franchise in 1994.

Childs, founder of private equity firm J.W. Childs Associates, was among 165 people charged by the Vero Beach Police Department and whose photo was released on the police website.

"I have received no contact by the police department about this charge," he told Bloomberg on Friday. "The accusation of solicitation of prostitution is totally false. I have retained a lawyer."

A man who answered the listed phone number for Havens told the news outlet: "I have no idea what you are talking about," when asked about the charges.

In addition to the criminal charge in Florida, Kraft also faces the possibility that the NFL could take action against him.

League spokesman Brian McCarthy said on Friday that the NFL is "aware" of the allegations and is monitoring the case. The NFL's personal conduct policy explicitly prohibits sex offenses — and the rules apply to everyone in the league, McCarthy said.

The policy also seeks to impose a higher order of responsibility for one's actions than simply avoiding being found guilty by the justice system.

On Monday, the NFL issued an updated statement saying that it is "seeking a full understanding of the facts," and pledging to "take appropriate action as warranted based on the facts."