Accessibility links
CEOs Urge Congress To Expand Gun Background Checks The heads of four U.S. companies are lobbying for a law requiring background checks on all gun purchases. One of them, the founder of TOMS shoes, concedes his company will lose business as a result. 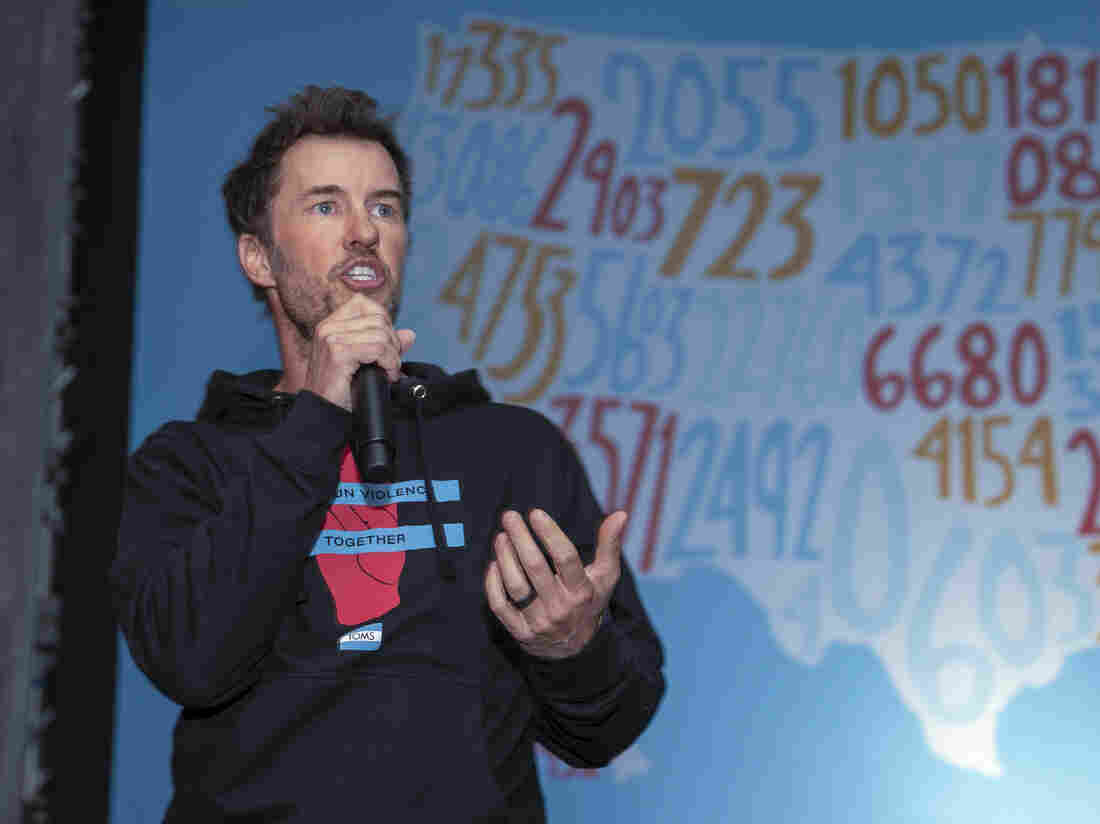 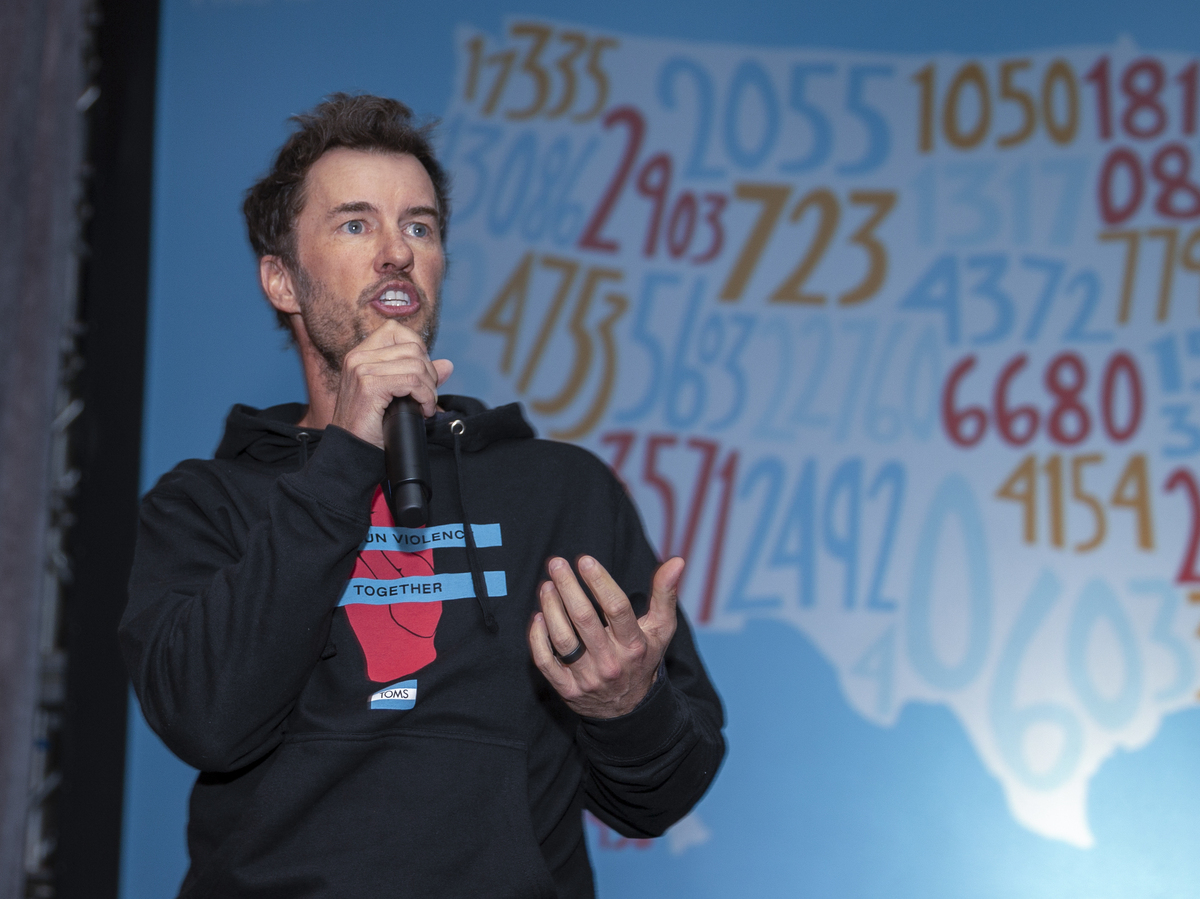 Blake Mycoskie attends the TOMS' End Gun Violence Together Rally, Feb. 11, 2019 in Washington, D.C. Mycoskie, the founder of TOMS shoes, is one of four business leaders asking Congress to pass a bill requiring background checks on all gun sales.

The House is slated to vote Wednesday on a bill that would require background checks on all gun sales — including those that occur online or at gun shows. On Monday, a group of four CEOs sent a letter urging Congress to pass the proposal.

Blake Mycoskie, founder of TOMS shoes, supports causes like access to clean water and eye care in poor countries. But embracing something as controversial as gun control is different. He says his board of directors debated whether he should engage on a political issue unrelated to their business.

"Everyone was very concerned about us doing something like this," he says. "But ultimately we recognized that this is an opportunity for us to really be a leader in business and to show our customers that we are engaged in the issues that matter most to them."

He, along with the CEOs of Levi Strauss, Dick's Sporting Goods and RXR Realty signed the letter calling on the House to pass stricter background checks on gun purchasers.

They wrote: "... we are writing to you because we have a responsibility and obligation to stand up for the safety of our employees, customers and all Americans in the communities we serve across the country. ...

"Gun violence in America is not inevitable; it's preventable. There are steps Congress can, and must, take to prevent and reduce gun violence."

Mycoskie says about 12 percent of his customers say they won't buy his company's shoes anymore as a result of his stance on guns. But he says today's CEOs need to accept that some customers will leave, but those who remain will be more loyal.

"Yeah, we lost some customers by doing this, but I think we also strengthened our relationship in a way that was far greater than whatever we lost," Mycoskie says.

Scott Rechler is CEO of RXR Realty, a developer in the New York area. He has also become a vocal advocate for gun safety — even though the issue has nothing to do with his business.

"I find it important for CEOs to take a greater level of social responsibility," Rechler says.

But the decision to sound off comes with substantial risk and Paul Argenti, a business professor at Dartmouth College, says CEOs should be careful.

"You're basically speaking out on something out of passion, not out of logic," he says. "And businesses have shareholders and it's really not worth taking a risk unless it's absolutely important to you."

That may be why the number of executives who signed the letter is still small — and they're largely executives who've already spoken out on gun violence.

John Feinblatt is president of Everytown for Gun Safety, a gun control advocacy group. He points to banks and other retailers that have adopted their own policies on gun control over the last year.

"This is a key moment, very much like the moment when corporations supported marriage equality, which was often seen as a turning point for that movement," Feinblatt says.

He says he hopes to see growing business support for gun control. But he also acknowledges that even if the bill passes the House, it faces stiffer opposition in the Republican-controlled Senate.