Accessibility links
High-Ranking Catholic Cardinal George Pell Convicted of Child Sex Abuse Once a top adviser to Pope Francis, Pell's conviction had been under seal in Australia pending a separate trial on other abuse charges. There will be no second trial, so the gag order has been lifted. 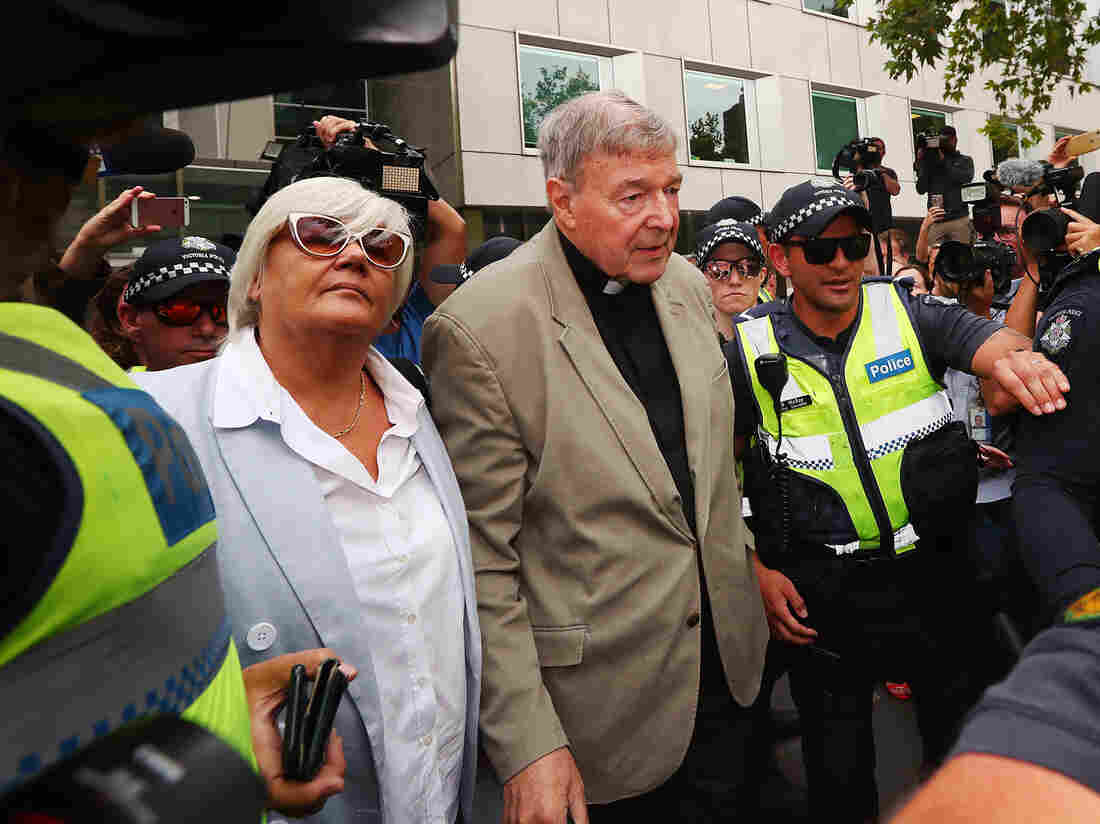 Cardinal George Pell leaves the court in Melbourne, Australia. Pell was convicted on five counts of child sexual assault in December 2018 but that verdict has just been released in Australia. Michael Dodge/Getty Images hide caption 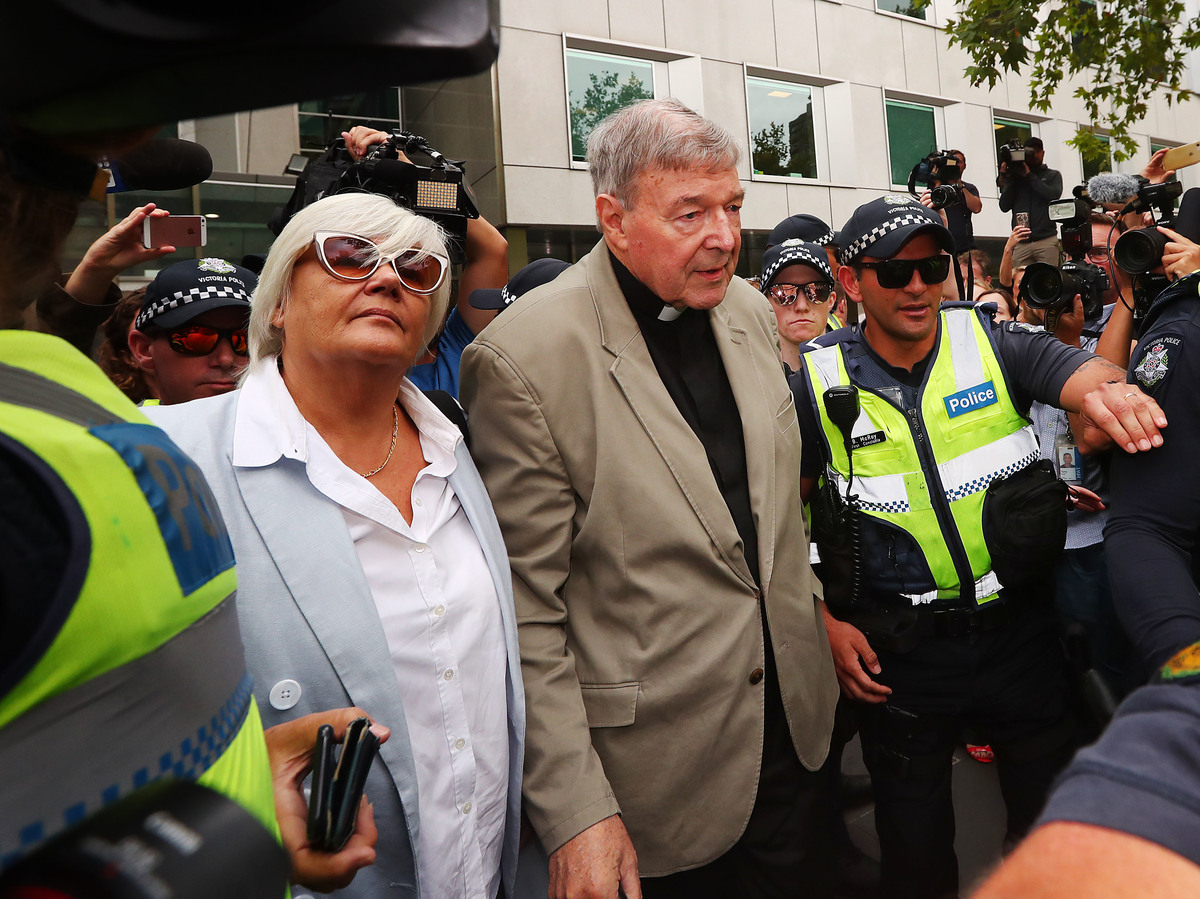 Cardinal George Pell leaves the court in Melbourne, Australia. Pell was convicted on five counts of child sexual assault in December 2018 but that verdict has just been released in Australia.

A high-ranking Catholic official has been convicted of child sex abuse and is due to be sentenced Wednesday. Australian Cardinal George Pell, a top adviser to Pope Francis who was in charge of Vatican finances until he was accused, was found guilty of five charges of "historical child sexual offenses" that go back decades.

A jury in the County Court of Victoria in Melbourne where Pell, 77, was once archbishop, found the cardinal guilty after two days of deliberation in December. The judge had imposed a gag order on the case forbidding journalists from reporting on the conviction. The gag order applied to coverage that was available in Australia. The order was lifted Tuesday.

The gag order was imposed because Pell was to have faced a second trial on charges of assault at a swimming pool in the 1970s. Prosecutors have dropped those charges.

A day after his conviction in December, a Vatican office announced that Cardinal Pell had been removed from the Council of Cardinals, a papal advisory group, back in October.

Pell was arrested in June 2017 at which time he held a news conference and proclaimed his innocence: "There's been relentless character assassination. I'm looking forward finally to having my day in court. I'm innocent of these charges. They are false. The whole idea of sexual abuse is abhorrent to me." He took a leave of absence from his post to defend himself.

One of Pell's victims issued a statement through his lawyers.

"Like many survivors it has taken me years to understand the impact upon on my life," he said as quoted by The Washington Post. "At some point we realize that we trusted someone we should have feared and we fear those genuine relationships that we should trust."

News of Pell's conviction comes days after a historic four-day summit at the Vatican about sex abuse during which Pope Francis called "for an all-out battle against the abuse of minors." But critics said the pontiff's statements lacked specificity and had offered only "tepid promises."