Accessibility links
Ahead Of Trump-Kim Summit, Here's Where The U.S. Stands On North Korea President Trump hopes to make progress in his meeting with North Korea's Kim Jong Un this week, but he has resisted pressure to set firm timelines for the regime to give up its nuclear weapons. 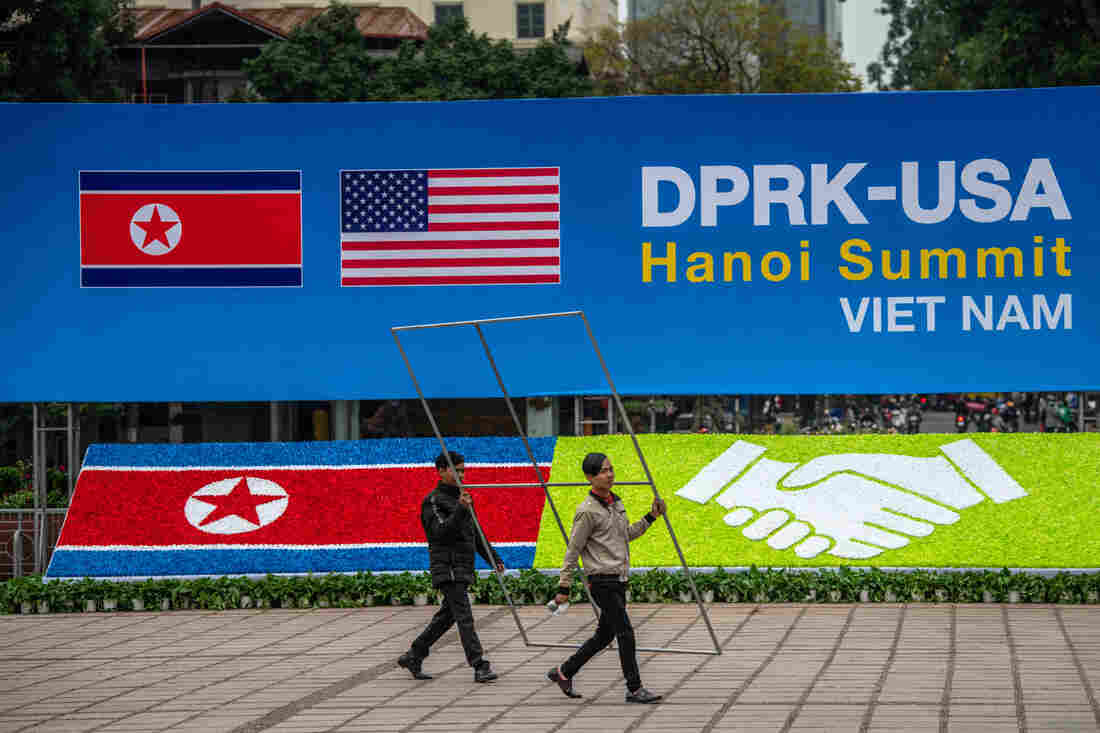 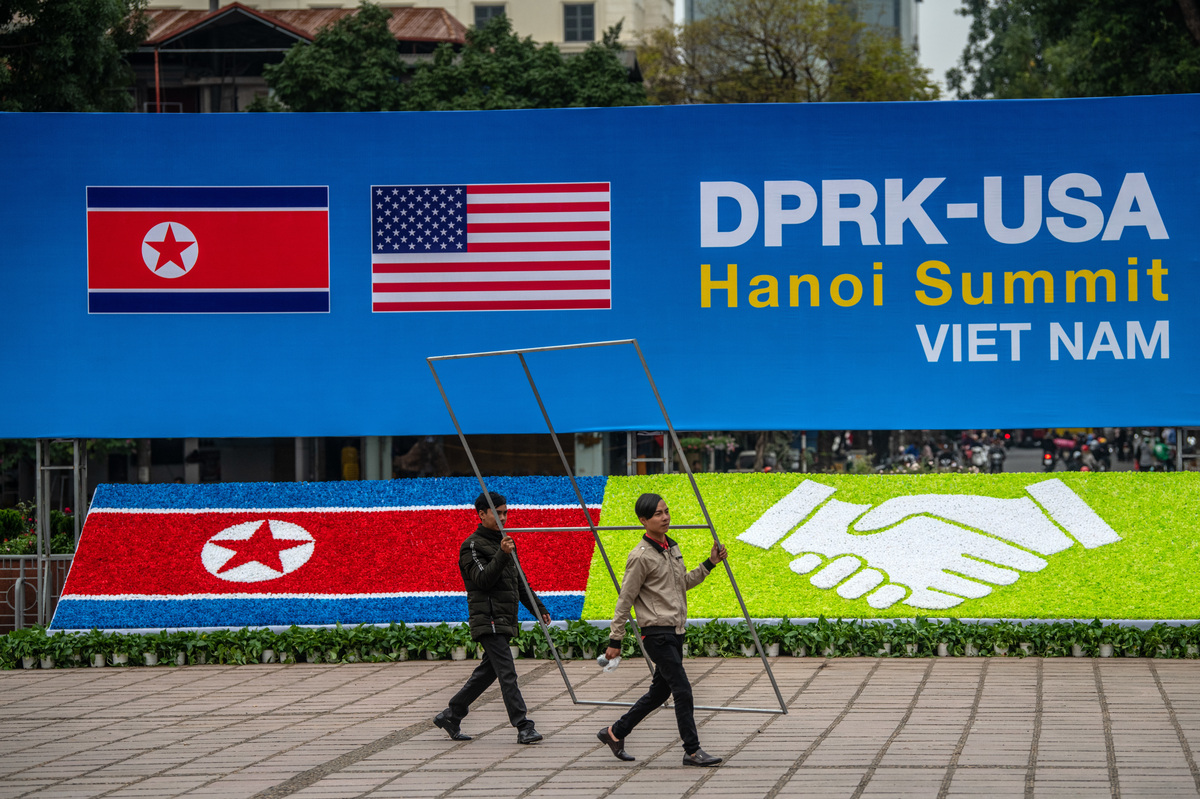 President Trump will meet with North Korea's leader Kim Jong Un this week in Vietnam, as he attempts to get Pyongyang to move toward what has been an elusive goal: complete denuclearization.

Trump has maintained that his ultimate goal is to get Kim to relinquish the regime's nuclear program. But, in the lead up to this second summit, he has repeatedly stressed that he's not setting a deadline for North Korea to act.

"I think a lot can come from it — at least, I hope so — the denuclearization, ultimately," Trump said at a White House event last week. "I'm in no particular rush. The sanctions are on; the relationships are very strong, and a lot of good things have happened."

This was not always the case. After Trump's historic meeting with Kim in June 2018, Secretary of State Mike Pompeo floated a goal of getting North Korea to give up its weapons by January 2021.

Trump put a stop to that talk, however. In September of last year, Trump told reporters that he had directed Pompeo to not "get into the time game."

"If it takes two years, three years, or five months, it doesn't matter. There's no nuclear testing and there's not testing of rockets," Trump said.

Despite Trump's insistence that he's not in a hurry, administration officials say he's urged his negotiators to try to get North Korea to agree to concrete steps.

The administration has offered few details ahead of the summit, which officially takes place Feb. 27 and 28, but the format will be similar to the talks held in Singapore in June 2018.

Trump and Kim are expected to meet with each other one-on-one and to participate in sessions with expanded bilateral delegations, and Trump has now arrived in Vietnam.

What does denuclearization mean?

A major point of dispute over the years between the U.S. and North Korea has been that the two sides have different perceptions of what denuclearization would actually mean.

In the past, North Korea has argued that the U.S. should also remove any nuclear weapons it has deployed in the region.

Officials participating in lower-level negotiations in preparation for the summit say they are working to reach a "shared understanding" on this point.

One criticism of Trump and Kim's initial meeting was that it only produced a vague agreement, with little in the way of specifics.

But Jessica Lee, a senior director of the Council of Korean Americans, says there may be some benefit to lowering expectations about quick results.

"Both the United States and North Korea have to be a little bit less ambitious and more realistic when it comes to outcome, knowing that the eventual goal of eliminating nuclear weapons in North Korea is going to be something that takes years, if not decades," Lee said.

After years of basically no diplomatic ties and rising tensions, Lee said it's important to establish a dialogue.

"Given the kind of country we're dealing with in terms of their nuclear and missile capability, it's absolutely prudent to develop channels of communication and to talk rather than pursue other means of resolving our differences," she added.

Some experts have raised concerns that Trump may bargain away too much in search of a pact with North Korea. There had been some worry that Trump might agree to remove U.S. troops from the peninsula in exchange for action from Pyongyang.

But, Trump said Friday that troop draw downs are not "on the table."

Fred Fleitz, a former chief of staff to national security adviser John Bolton, says he does not think Trump will agree to any easing of sanctions at the Vietnam meeting. Before that happens, Fleitz believes North Korea will have to take substantial steps toward giving up its weapons.

Fleitz said it's possible that the administration might be willing to open an official liaison office in North Korea, which would open the door to diplomatic relations.

"It's such a minor concession, but for the North Koreans it might be important," he said.

The White House acknowledges that eventually North Korea's Kim will have to make a decision about whether he's serious about abandoning his country's nuclear program.

While talks may hold off the immediate threat of a military conflict, they also give North Korea time to continue to develop its arsenal.

If North Korea wants to change its status with the U.S., Frank Aum, of the U.S. Institute of Peace, says the country cannot keep its weapons.

"I don't think the U.S. would agree to have normalized relations and accept North Korea back into the fold as a responsible member of the international community until North Korea denuclearizes," Aum said.