Accessibility links
German Firefighters Work To Free Rotund Rat Stuck In Manhole Cover Like a square peg in a round hole, a fat rat learned the hard way about squeezing through a too-tight space in Germany over the weekend. Luckily, the fire department had its back. 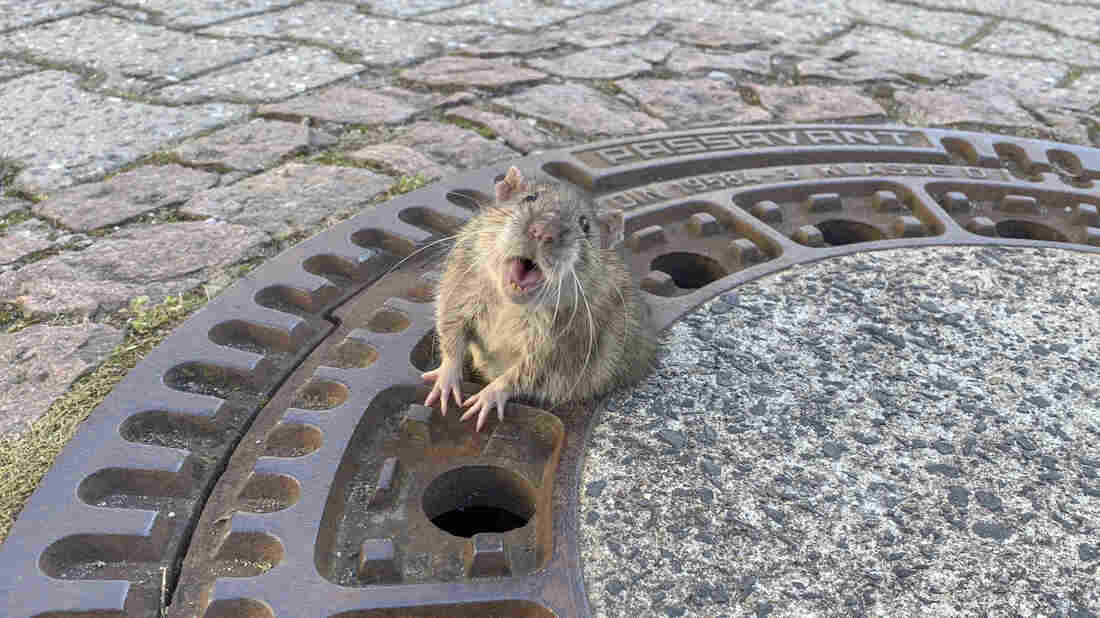 A plump rat stuck in a manhole cover spurred volunteer firefighters and animal rescue workers to act in Bensheim, Germany, over the weekend. Berufstierrettung-Rhein-Neckar/AP hide caption 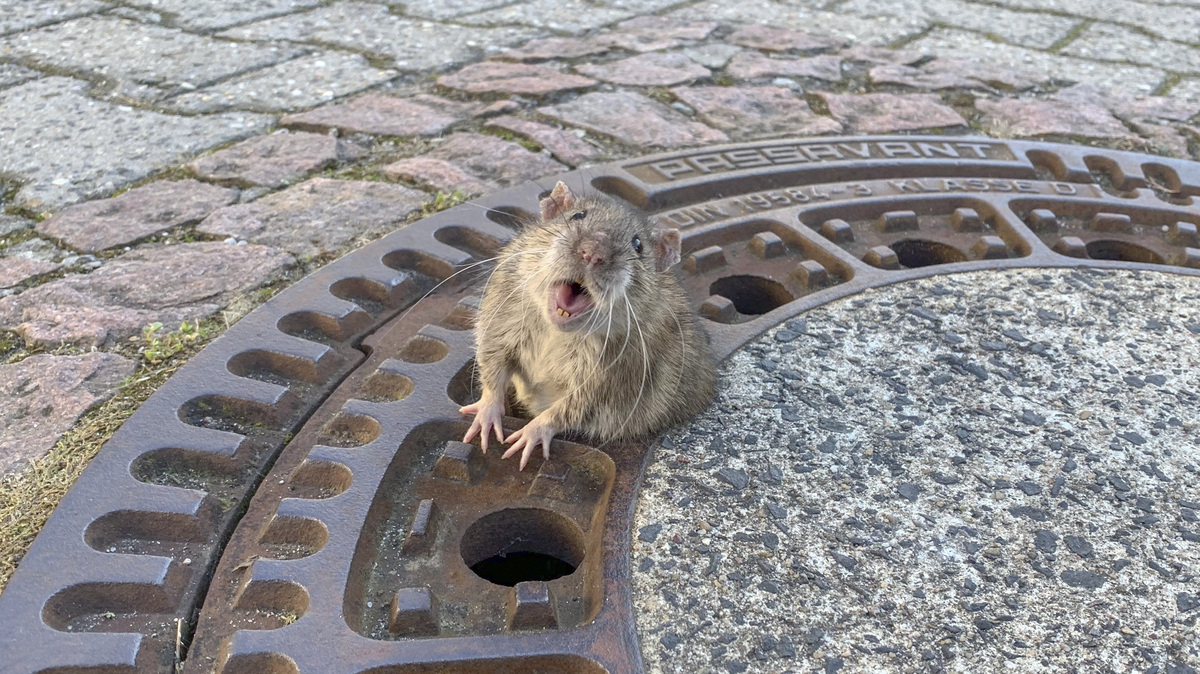 A plump rat stuck in a manhole cover spurred volunteer firefighters and animal rescue workers to act in Bensheim, Germany, over the weekend.

Sometimes the lowly sewer rat is the target of shrieks, kicks and extermination attempts. And sometimes yesterday's vermin becomes today's vaunted victim, inspiring a phalanx of rescuers to come to its aid.

At least that is what happened over the weekend in Germany, where a firefighter-cum-corpulent-critter rescue crew worked to free the animal in a pinch with a manhole cover.

An employee with the animal rescue group Rhein-Neckar had tried and failed to save the rat in the town of Bensheim on Sunday, the Auerbach Volunteer Fire Department said in a statement. Realizing reinforcements were needed, firefighters were called in. No matter that they were responding to a "small animal" rescue call — they arrived aboard their firetruck, armed with equipment and decked out in full gear.

At least eight firefighters encircled the manhole, taking in the animal's pitiful plight. The rat was secured with a loop at the end of the pole, then the crew propped up the cover, held aloft with wedges. The suspended rodent wiggled as a firefighter worked a glove underneath in an effort to gently pop it out. It took some maneuvering, but finally the rat was released.

In what may have been a sense of optimism that the rat had learned a lesson, its rescuers placed it back inside the sewer hole. Or maybe there is no other logical place for a sewer rat.

Whether it will be avoiding wee apertures or knocking off the knockwurst remains to be seen.

But for now the rat, which Rhein-Neckar says was unharmed, has lived to see another day and, along with the good work of its rescuers, has been lighting up the Internet. Variations of "bravo" and "thank you" appeared in hundreds of comments and in myriad languages under Rhein-Neckar's Facebook post about the incident. And a YouTube video of the rescue has racked up more than 1 million views.