Accessibility links
SpaceX Readies For Key Test Of Capsule Built To Carry Astronauts Into Space For years, NASA has had to rely on Russian vehicles to get astronauts to the International Space Station. That could soon change if the flight test of SpaceX's Crew Dragon capsule succeeds. 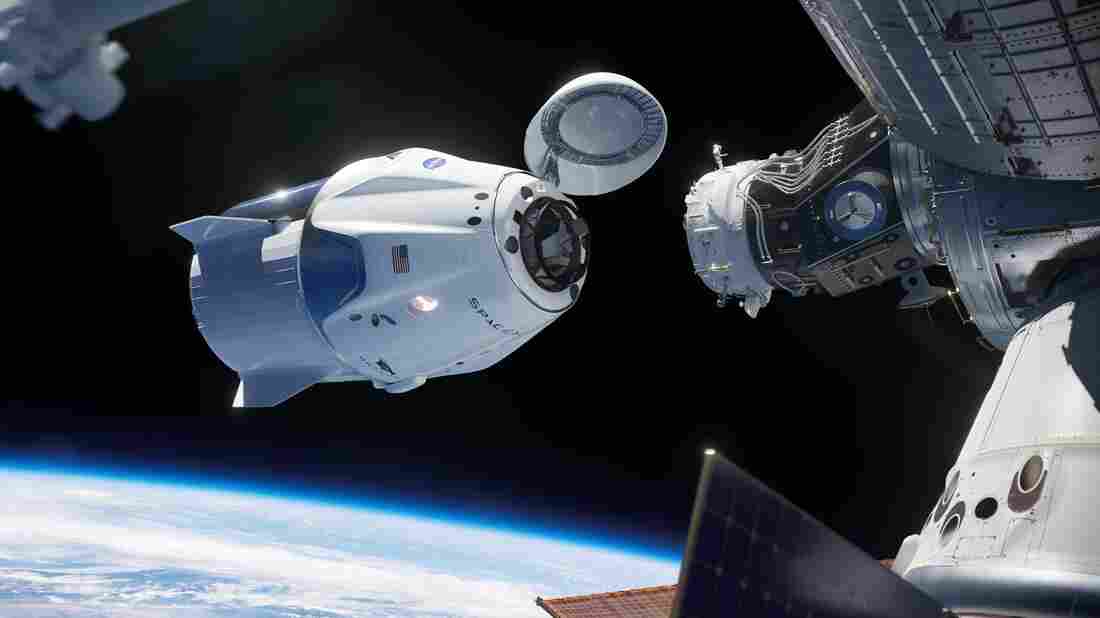 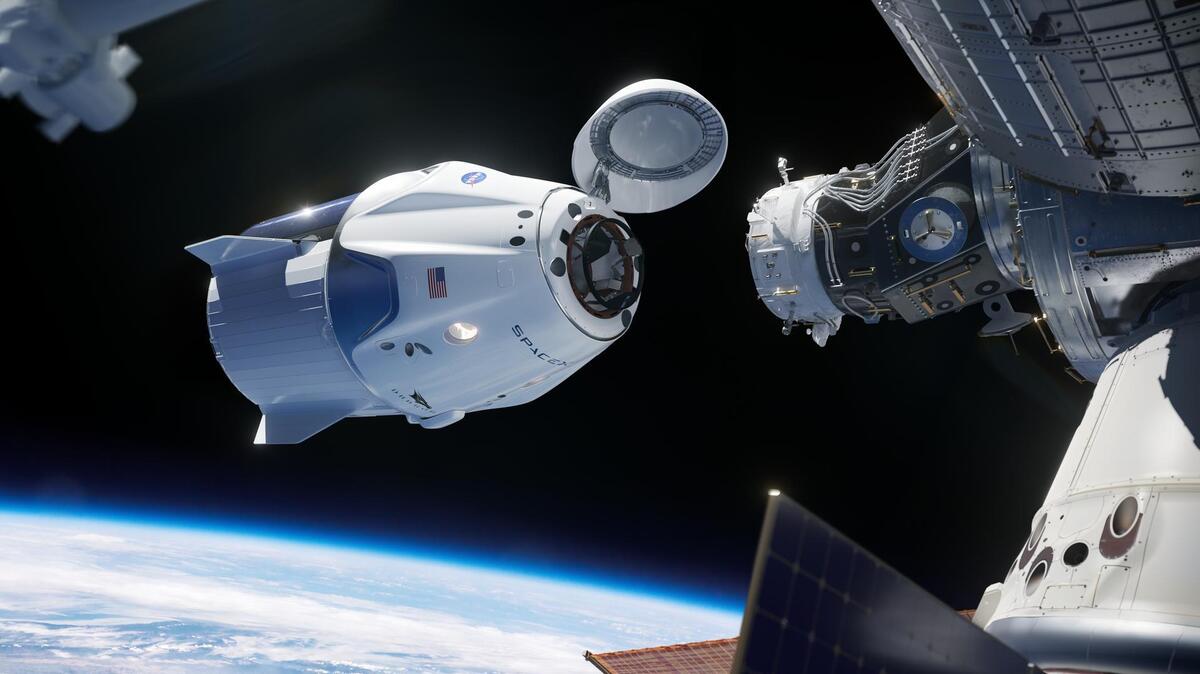 In this illustration, SpaceX's Crew Dragon approaches the International Space Station for docking. The capsule has room to carry seven astronauts.

On a launch pad in Florida, SpaceX is getting ready for the first flight test of its new space capsule designed to carry astronauts.

Even though the Crew Dragon capsule won't have any people on board when SpaceX's Falcon 9 rocket blasts off Saturday morning, assuming the schedule doesn't slip, it's still a huge deal for U.S. spaceflight.

That's because ever since NASA retired the space shuttles in 2011, the agency has had to rely on Russian space vehicles to get astronauts to the International Space Station. John Logsdon, a space historian with George Washington University, says this SpaceX flight test will be the first step toward restoring the nation's ability to put people in orbit.

"And because it is that first step," Logsdon says, "it has a kind of transcendent significance beyond the event itself."

The last time SpaceX did a major flight test, the company tested its big new Falcon Heavy rocket by launching a cherry red convertible Tesla on a celestial joyride — images beamed back showed a space-suited mannequin named Starman at the wheel, cruising out into the universe accompanied by a David Bowie soundtrack. So hopes are high that the upcoming launch will be an entertaining show.

After all, the founder of SpaceX is a well-known showman who is rarely boring. Elon Musk is on a mission to colonize Mars, and his company has spent the past decade and a half methodically marching toward that goal. It started by offering satellite launch services at rock-bottom prices, then moved to ferrying cargo back and forth to the International Space Station for NASA. Now it's flight-testing its first crew vehicle.

"Human spaceflight is basically the core mission of SpaceX," company executive Hans Koenigsmann told reporters in a preflight briefing. "So we are really excited to do this. There's nothing more important for us than this endeavor."

For the latest test, another mannequin will be on board. This one is named Ripley, for the heroine in the Alien movies, and it will have all kinds of sensors to see how a real human would experience the trip. "We measure the responses on the human body, obviously, and measure the environment," Koenigsmann says. "We want to make sure that everything is perfect." 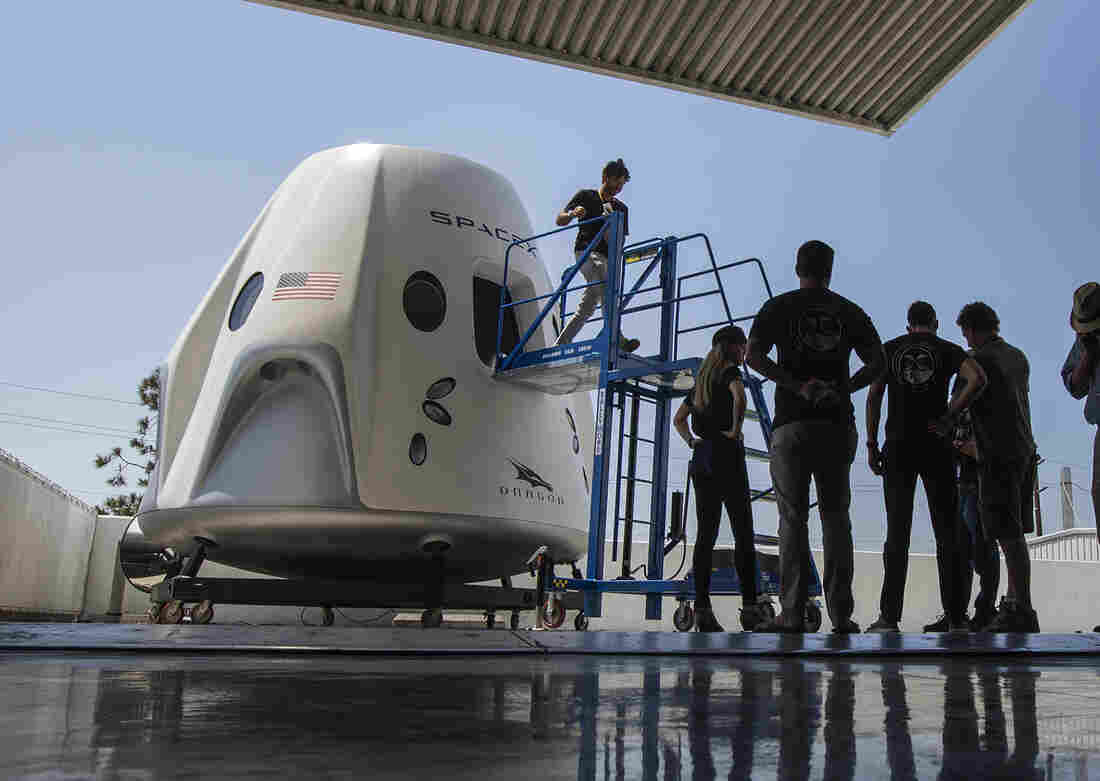 A mockup of the Crew Dragon spacecraft was on display during a 2018 media tour of SpaceX's headquarters and rocket factory in Hawthorne, Calif. David McNew/Getty Images hide caption 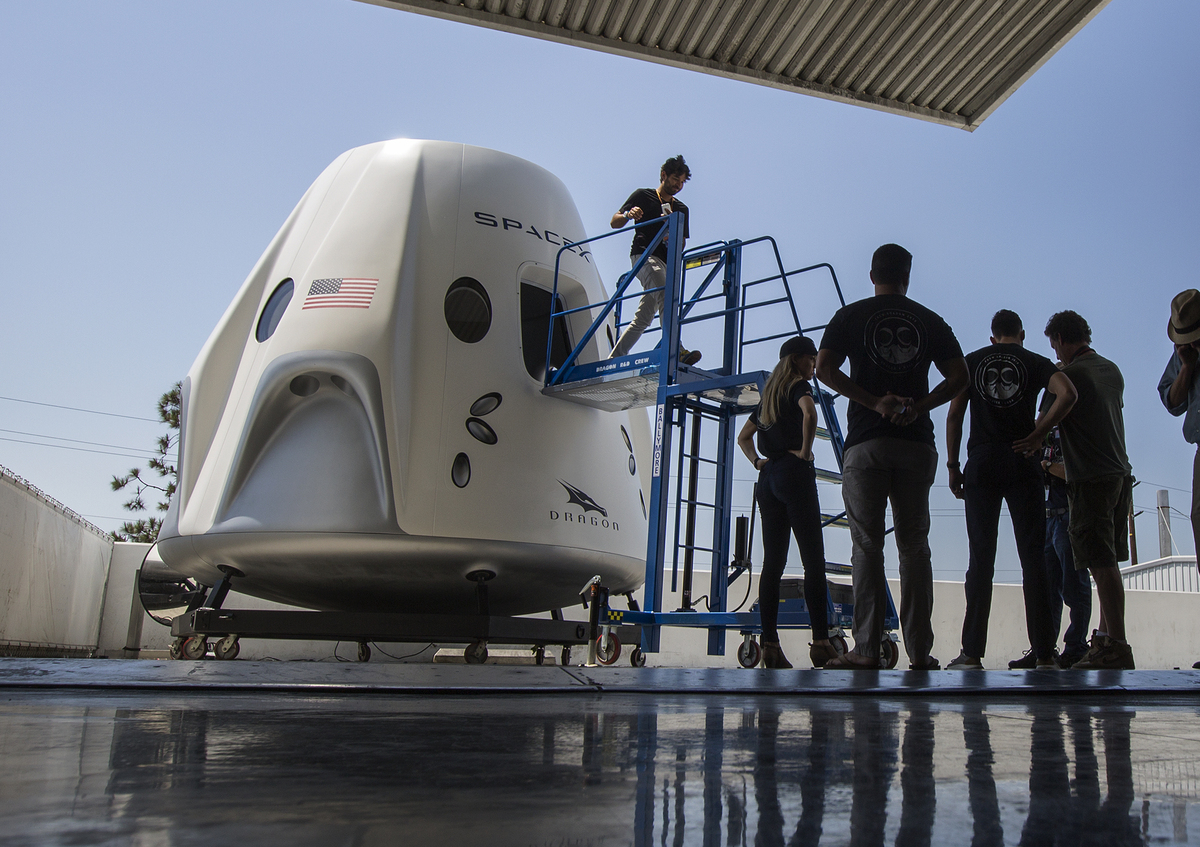 A mockup of the Crew Dragon spacecraft was on display during a 2018 media tour of SpaceX's headquarters and rocket factory in Hawthorne, Calif.

There's room for seven astronauts in the white, bell-shaped Crew Dragon, which is basically a souped-up version of the SpaceX robotic cargo ship. If the capsule blasts off as planned and everything checks out, it will travel to the space station and dock there. The three astronauts currently living in the outpost will be able to open the hatch and go inside to load and unload cargo before the capsule returns to Earth and splashes down in the Atlantic Ocean.

That means this mission does involve people, and NASA and SpaceX have been super-focused on safety. "We're doing things that are really risky, that most normal human beings don't do," says NASA's Bill Gerstenmaier, who notes that his agency and SpaceX do have different cultures. He thinks that's been a good thing as they've collaborated on creating a kind of private taxi service to space that NASA can use to get astronauts to the space station, freeing up NASA to focus on building a massive rocket for deep-space exploration.

"It's fun working with a new partner that approaches the problem in a slightly different way. They don't carry the same background that we did in NASA, and they don't approach the design exactly the same way we do," Gerstenmaier says. "And that's cool. I mean, that's really neat."

NASA has already picked a pair of veteran space travelers to be the first to take off in the Crew Dragon, assuming Saturday's test and others go well. 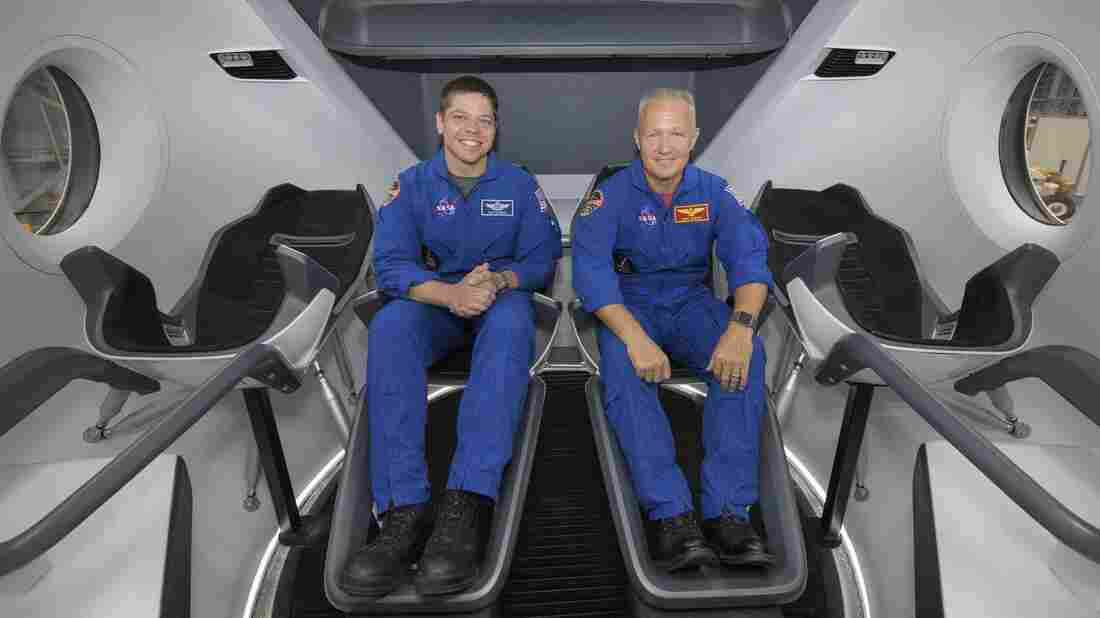 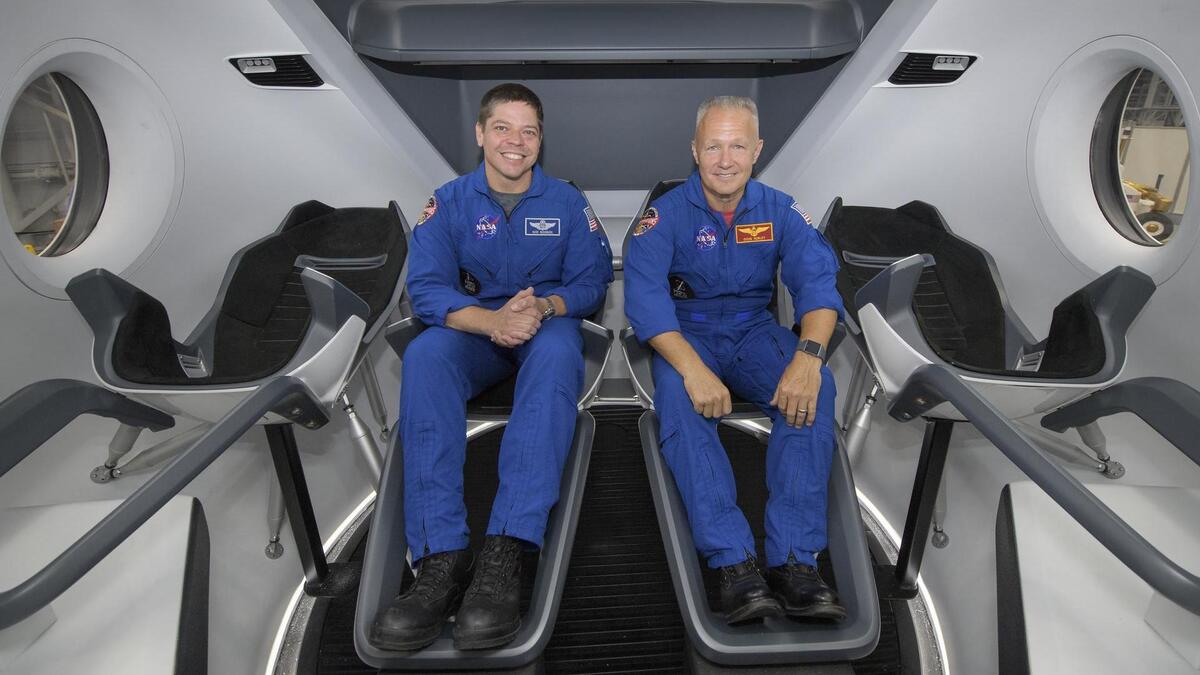 Kathy Lueders, the manager of what NASA calls its Commercial Crew Program, says she recently accompanied those two astronauts when they went out to a launch pad at Florida's Kennedy Space Center to see the SpaceX vehicle that's about to go up.

"And it really gave us a sense of getting ready, and realizing that the next vehicle that we're going to be walking up to on the pad is going to be their crewed flight test," Lueders says.

That piloted flight test could happen as soon as July.

Boeing, another company that's collaborating with NASA, is also working toward the first flight of its new astronaut ride. It's called the Starliner, and an uncrewed flight test is expected no earlier than April.