Accessibility links
With 'This Is How You Smile', Helado Negro Transforms Familial Relations Into Beauty Ecuadorian-American producer Robert Carlos Lange builds his sound on ambient electronics, Latin American rhythms and instrumentation that allows each element to bounce and reverberate.

With 'This Is How You Smile', Helado Negro Transforms Familial Relations Into Beauty

With 'This Is How You Smile', Helado Negro Transforms Familial Relations Into Beauty 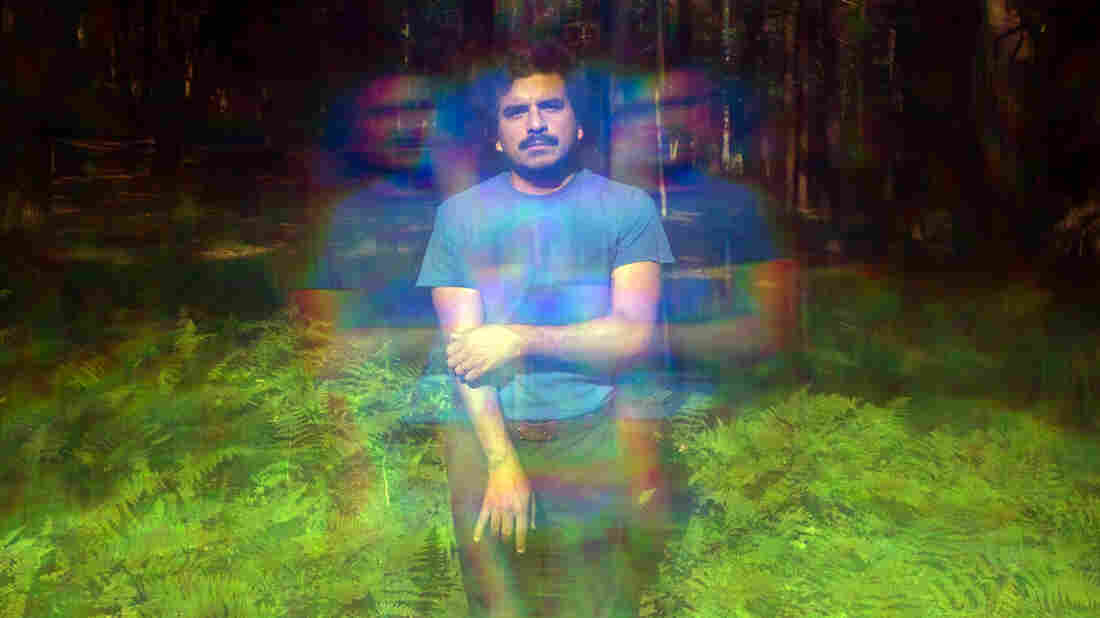 Helado Negro's This Is How You Smile drops March 8 on RVNG Intl. Anna Groth-Shive/Courtesy of the artist hide caption 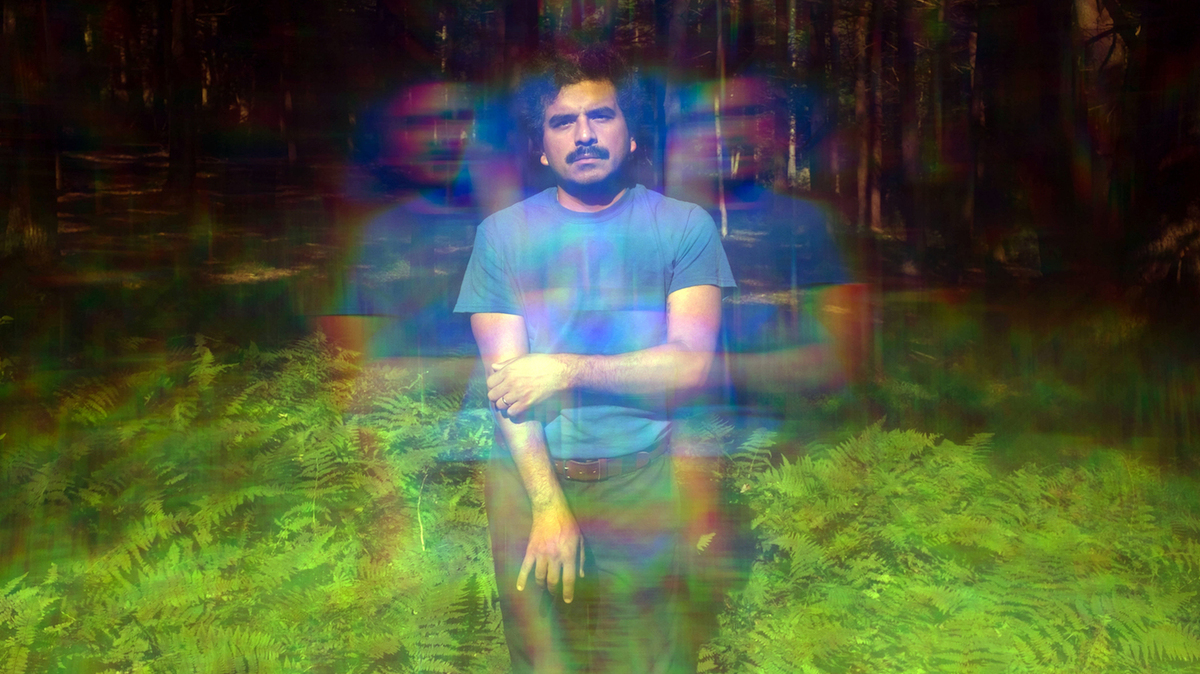 Helado Negro's This Is How You Smile drops March 8 on RVNG Intl.

Anna Groth-Shive/Courtesy of the artist

Roberto Carlos Lange is a crosser of distances — between selves, countries and memories. Working under the name Helado Negro, the Ecuadorian-American producer built his sound on ambient electronics, Latin American rhythms and instrumentation that allows each element to bounce and reverberate, remembering the sound as it happens. On 2016's Private Energy, Lange pointed this sound into a mission statement (and the art installation he calls "tinsel mammals"). Whether in the quiet anthemic affirmation of "Young, Latin & Proud" or the private benediction of "It's My Brown Skin," Lange has traveled far in his journey to the hyperpersonal. 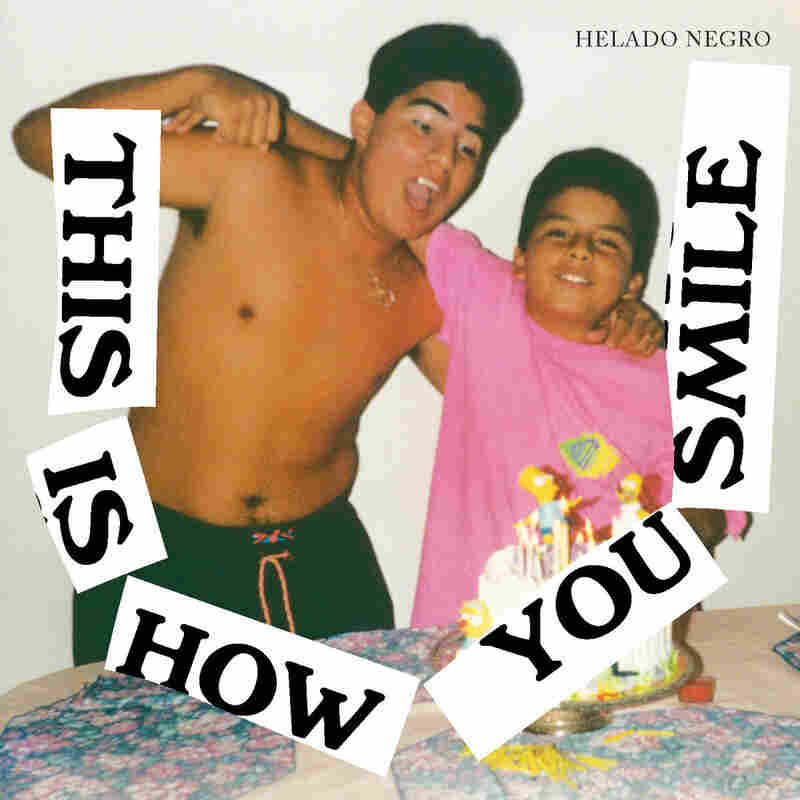 Helado Negro, This Is How You Smile hide caption

His sixth album, This Is How You Smile, takes Jamaica Kincaid's short story "Girl," a series of directives from an immigrant mother to her daughter, as its title and starting point. "This is how to sew on a button," the mother says. "This is how to make a buttonhole for the button you have just sewn on." Lange similarly threads memories of childhood through the album in fits and starts, with his own maxims to offer — "Brown won't go / Brown just glows," he sings in "Please Won't Please." This back-and-forth mines the blissful and often irreconcilable spaces of growing up as the child of immigrants.

"Pais Nublado" resolves to inhabit this cognitive dissonance of hard work for distant gain and living in clouded lands of opportunity that are less inviting than our native ones. The bilingual verses build and converse with each other like a parent who speaks to a child in Spanish: "Despacio te digo / Porque nos falta un tiempo más / Para pasear este país nublado." And the child's automatic English response: "And we'll take our turn / And we'll take our time / Knowing that we'll be here long after you," Lange sings of the way children of immigrants become prone to miss someone right in front of us.

The same clouds pervade "Imagining What to Do," which opens with an image of childhood restlessness: "It's cold / And hard to remember what the sun feels like," Lange sings, at once in the voice of a child and of the parent or sibling providing comfort. The verse gives way to a grown melancholy: "And it's okay to cry / When it feels like it won't ever come back."

As a producer, Lange is a master of pacing. He knows when to let acoustic instruments and manufactured snags and beats weave together and when to isolate a just slightly out-of-tune guitar over steel drum ("Sabana de Luz") or a melting synth ("Echo for Camperdown Curio").

Lange articulates these meetings in surprising, blink-and-you'll-miss-them sound phrases. "November 7" begins with a young boy calling "Mooom!" over what sounds like a jittering tape recording of a small guitar played in reverse. The stretched-out plinking reverb in "Todo Lo Que Me Falta" ripples like rain on water. "Fantasma Vaga" kicks off with a primordial drone seeping in from the low end as a voice repeats its titular phrase.

The album closes with "My Name Is For My Friends," a track titled to recall Kincaid-esque parental advice. It's filled with the ambient sound of a birthday party — maybe the one depicted on the album's cover featuring a young Lange and his brother. "This is how you smile to someone you like completely," Kincaid wrote.

Most of the time, there's no easy forgiveness or resolution for our parents, grandparents and brothers in the body of the immigrant family. To cross a distance is not to close it.

"Who are we to explain this history?" Lange asks in "Two Lucky," channeling the uncertainty that pervades This Is How You Smile. Lange's best guess is to "take care of people today" — to hold the difficult, escaping present without extinguishing it too purposefully.