Accessibility links
Review: In 'Climax,' Gaspar Noé Choreographs A Familiar Freakout A French dance troupe drinks sangria spiked with LSD and descends into carnal violence in a film that turns into "just another Noé freakout, familiar in tone and stylistic tics." 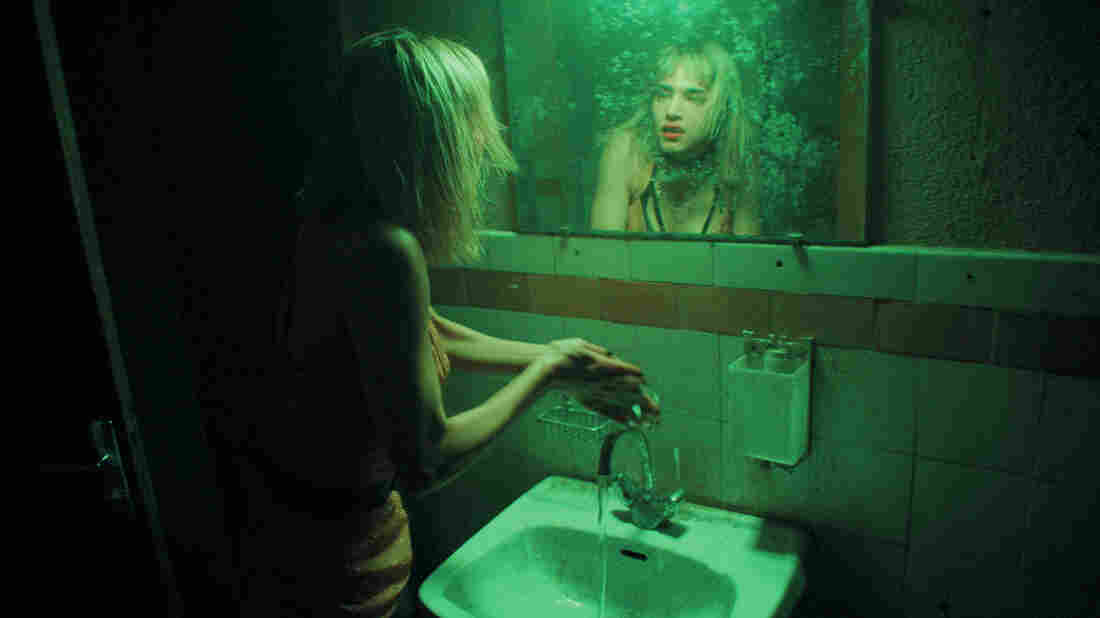 Red Shoes, Brown Acid: Selva (Sofia Boutella) and her troupe have a bad night after their sangria is laced with LSD in Gaspar Noé's Climax. A24 hide caption 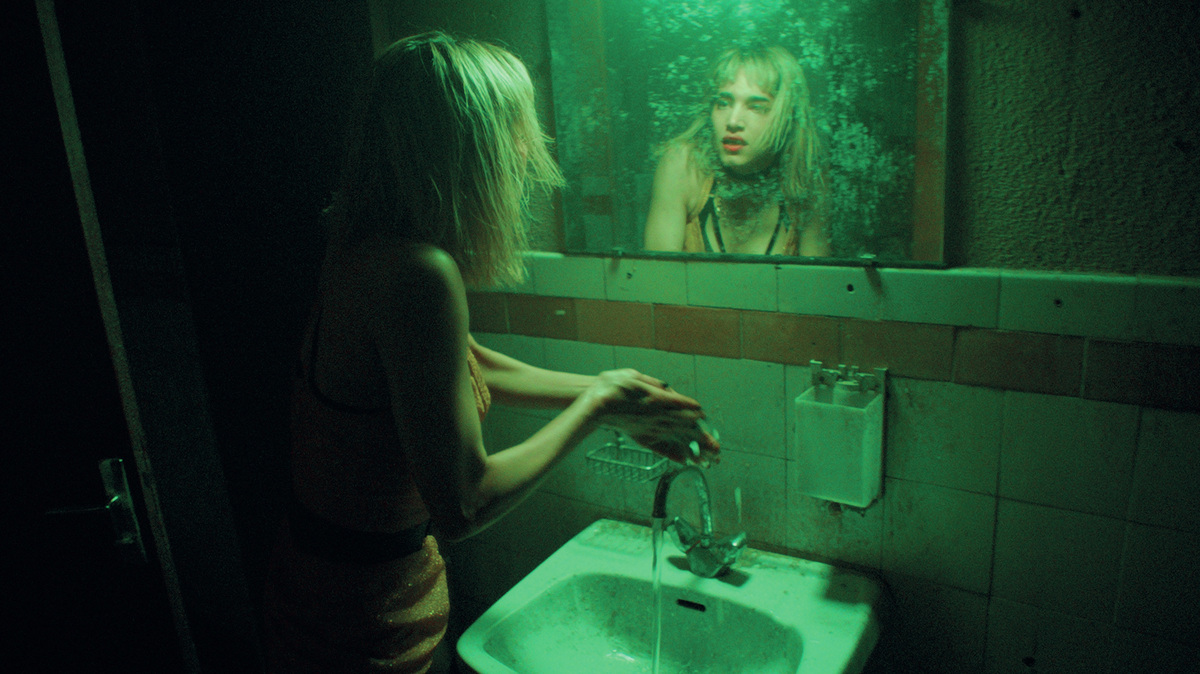 Red Shoes, Brown Acid: Selva (Sofia Boutella) and her troupe have a bad night after their sangria is laced with LSD in Gaspar Noé's Climax.

What happens when more than a dozen professional dancers, pulsing with lust and resentment, get dosed with LSD?

Their lives turn into a Gaspar Noé movie.

Technically, of course, Climax is a Gaspar Noé movie from its opening: an ominous flash-forward that quickly yields to a rush of credits, including the small-print ones that usually run at a film's end. But this bad-trip drama's first half is uncharacteristically benign for the Argentina-born French writer-director, who's best known for Irreversible, his assaultive 2002 rape drama-in-reverse.

While Climax doesn't spin backwards as that movie did, it's hardly straightforward. Noé's goals are, as usual, to generate an intense visceral experience and, in the process, shatter traditional cinematic form. The director cites Stanley Kubrick as his great inspiration, but in spirit he's closer to Antonin Artaud, inventor of the "theater of cruelty."

A Cinematic 'Void' That's Anything But Featureless

Noé's script is supposedly based on an actual 1996 incident, but Climax is no docudrama. The director favors ostentatious camera placement — often overhead — and subjective viewpoints. He wants the audience to both float above the action and inhabit his characters' heads as they're overcome by sensation.

The results can be fascinating, refreshing, and sometimes funny, as when Noé smashes the movie's already-bruised verisimilitude by flashing text on the screen in the manner of Jean-Luc Godard. One insert exults: "A French film and proud of it."

The drawback, as Noé veterans will anticipate, is that his style trumps — no, obliterates — the scenario. Climax becomes steadily less thrilling as it approaches its, you know ... peak.

After the prologue, the filmmaker introduces his players via videotapes of their auditions for an international tour. The characters are diverse in background, ethnicity, sexuality, and even language; most speak French, but a few resort to English. Their video statements are seen on an old TV that's flanked by books and videotapes whose titles provide a study guide to Noé's career.

When the highly gymnastic practice concludes, the party begins, fueled by the sangria made by the troupe's manager (Claude Gajan Maull). She's the mother of a young boy (Vince Galliot Cumant) whose potential victimization eventually serves as one of the story's major provocations.

Dancing resumes, this time more informally. So does flirting, often ambisexual and, in one case, incestuous. Then the acid kicks in, and with it paranoia. Submerged racial animosity surfaces, and the two members of the group who haven't drunk the punch are accused, separately, of spiking it. Some of the dancers slink off or pair up in the building, an abandoned school whose corridors recall the warren-like interiors of Noé's Tokyo-set Enter the Void.

Mass slaughter is not on the agenda, but there are disturbing scenes of violence, some of it self-inflicted. (There's also a racial aspect to the brutality that Noé should have given more rigorous consideration.) By the time the cavalry arrives, the movie has becomes just another Noé freakout, familiar in tone and stylistic tics.

This is what happens, the director wants to us to believe, when people's true natures are unleashed. But the film is too stylized, and too sensationalized, to be credited as social commentary. Climax doesn't reveal the human condition. It just reveals Noé's.