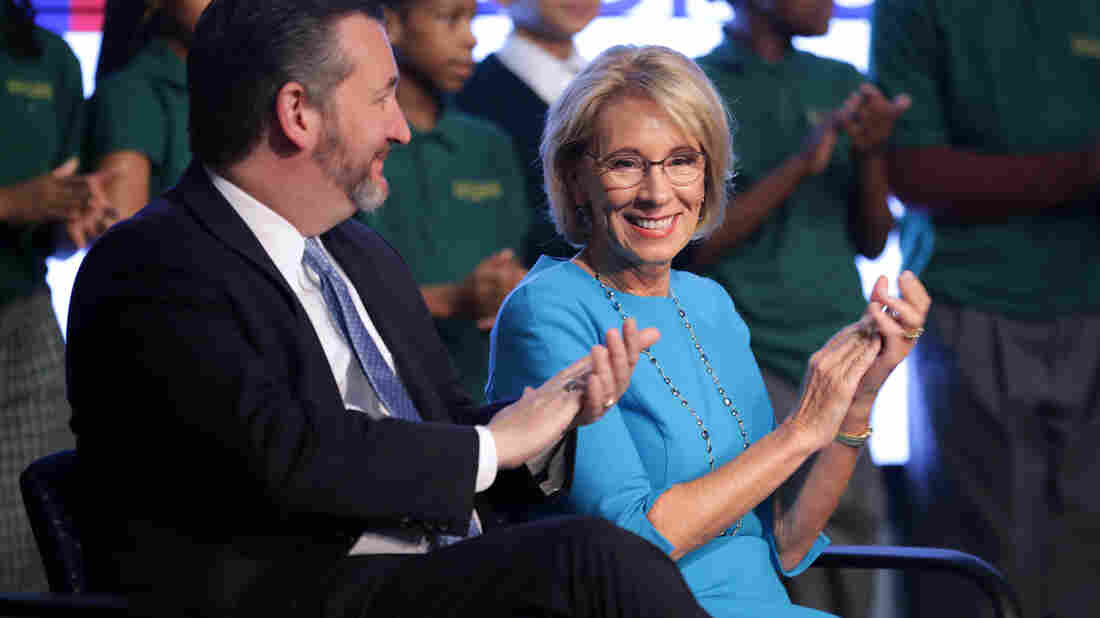 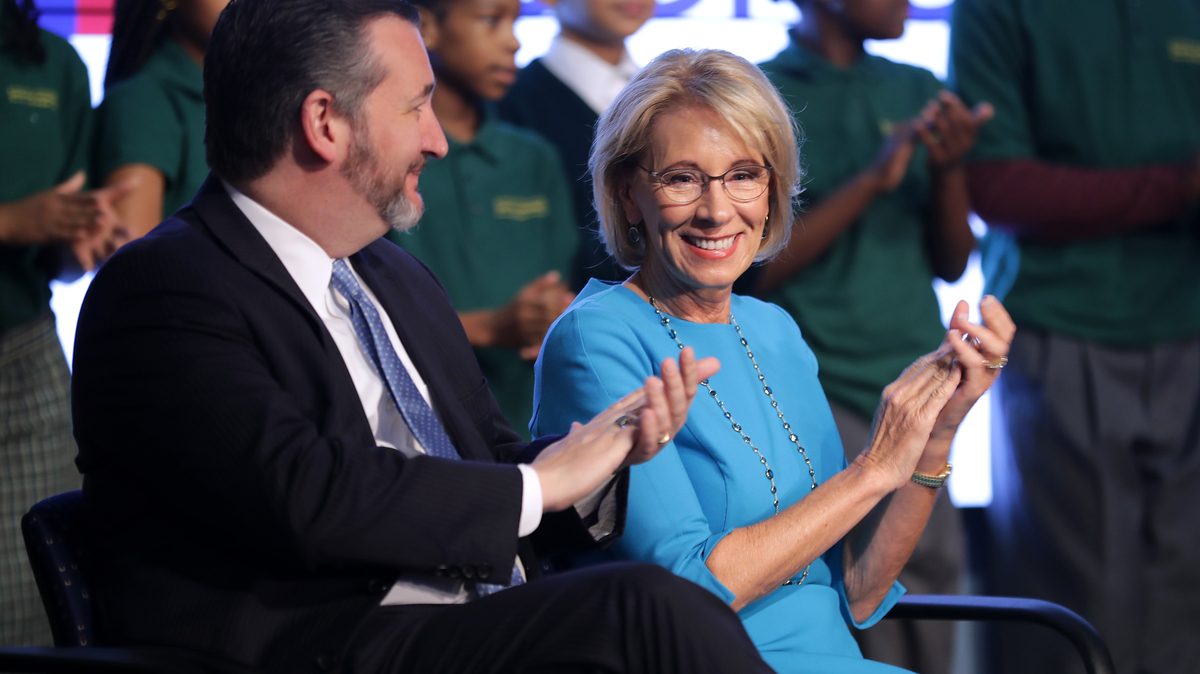 Education Secretary Betsy DeVos and Sen. Ted Cruz announced their proposal for Education Freedom Scholarships on Thursday. The scholarships would allow students to attend private schools or take part in apprenticeships, among other things.

Education Secretary Betsy DeVos and Republican lawmakers have announced a proposed tax credit that would go toward donations to private school scholarships and other school choice initiatives.

"A great education shouldn't be determined by luck or by address or by family income," DeVos said Thursday at a news conference.

She appeared alongside Sen. Ted Cruz, R-Texas, and Rep. Bradley Byrne, R-Ala., who said they plan to introduce the tax credit in Congress.

According to DeVos, states could choose whether or not they want to participate. (Many states already have programs on the books that grant tax breaks to residents who donate to scholarship programs.)

DeVos has long been a staunch supporter of school choice initiatives, including charter schools and vouchers to help families pay for private schools. She previously led the American Federation for Children, an organization that advocates for school choice.

President Trump is also a supporter. In his State of the Union address earlier this year, he said, "The time has come to pass school choice for American children." It was his only mention of education besides a passing reference to "overburdened schools."

DeVos Seeks To Rewrite The Rules On Higher Ed

This isn't the first time federal tax credits for scholarship donations have come up. It seems unlikely this new legislation will make it through the now Democrat-controlled House of Representatives.

Critics of school choice say the programs funnel money and students away from public schools.

"Secretary DeVos keeps pushing her anti-public school agenda despite a clear lack of support from parents, students, teachers, and even within her own party," Sen. Patty Murray, D-Wash., said in a Thursday statement. "Congress has repeatedly rejected her privatization efforts and she should expect nothing less here."

Thomas Gentzel, executive director and CEO of the National School Boards Association, said Thursday that, unlike private schools, public schools are fully accountable for the public funds they receive. "School board officials support choice, and employ a lot of creative ideas to provide it, but sending tax dollars to schools that lack local supervision is not an appropriate use of taxpayer funds."

Over the past year, many striking teachers have expressed concern over charter school growth. In Los Angeles, where teachers picketed for six days in January, strikers said they were tired of competing with charter schools for students and funding.

It's also an issue in West Virginia, where teachers went on strike in mid-February to protest a bill that could have paved the way for charter schools and private school vouchers in the state.

On Thursday, teachers in Oakland, Calif., began their sixth day of a strike; they're asking for more restrictions on charter schools, among other things.