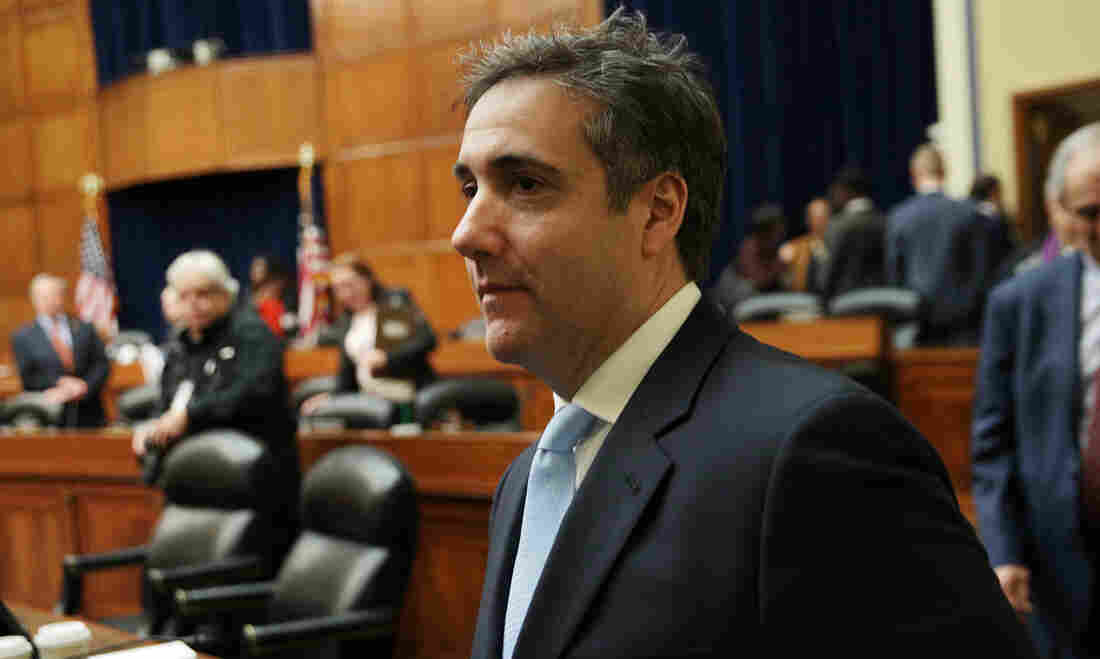 Michael Cohen, former attorney and fixer for President Trump, is not the only Trump associate whom lawmakers probably want to interview. Alex Wong/Getty Images hide caption 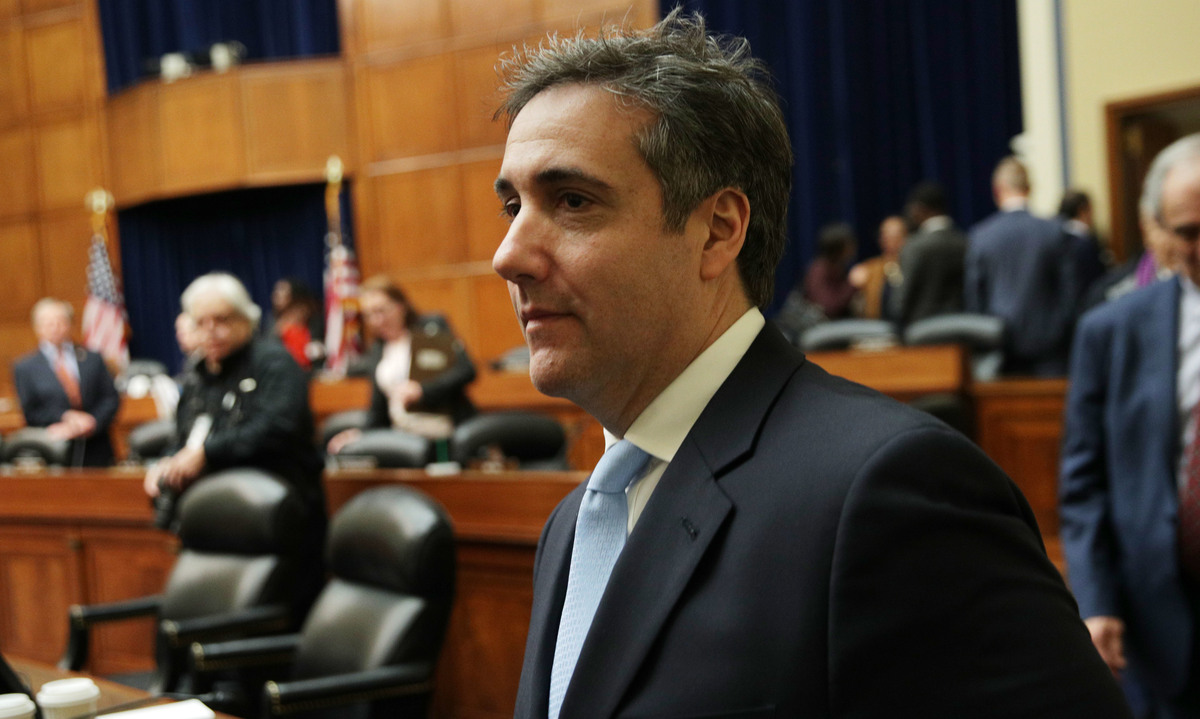 Michael Cohen, former attorney and fixer for President Trump, is not the only Trump associate whom lawmakers probably want to interview.

Michael Cohen was just the beginning.

President Trump's former personal lawyer named names when he testified before the House oversight committee on Wednesday. He told the panel about Trump Organization personnel with knowledge of what Cohen alleged are criminal or questionable actions within the business.

Cohen's knowledge about the inner workings of the Trump Organization is expansive. The former lawyer, now disbarred in the state of New York, once maintained an office close to Trump's in New York City's Trump Tower.

Now congressional Democrats are turning their attention to other figures in the Trump Organization. Here are the names you need to know. 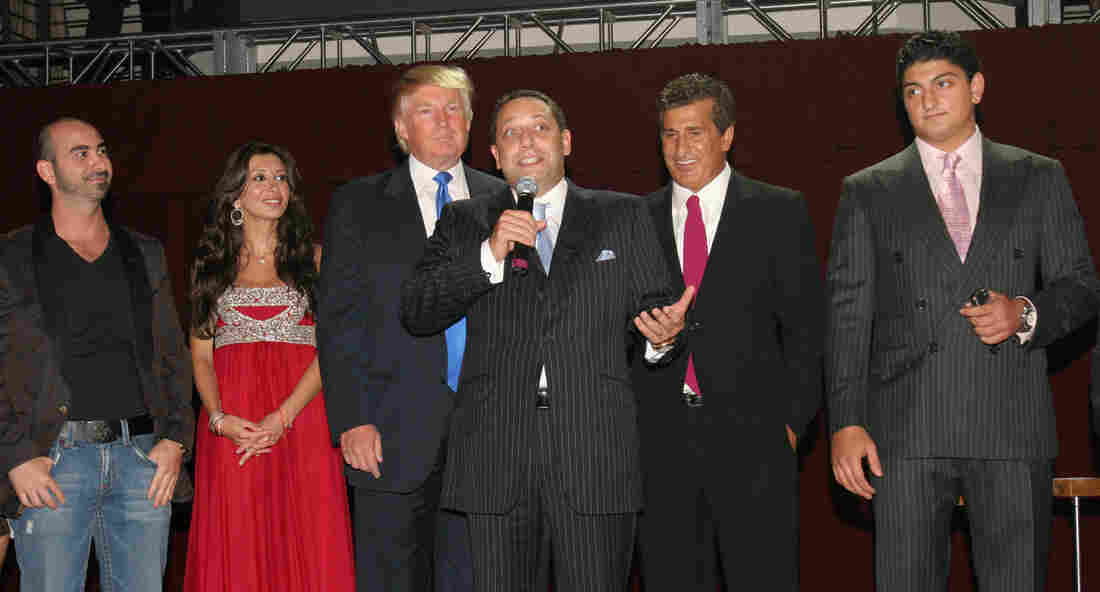 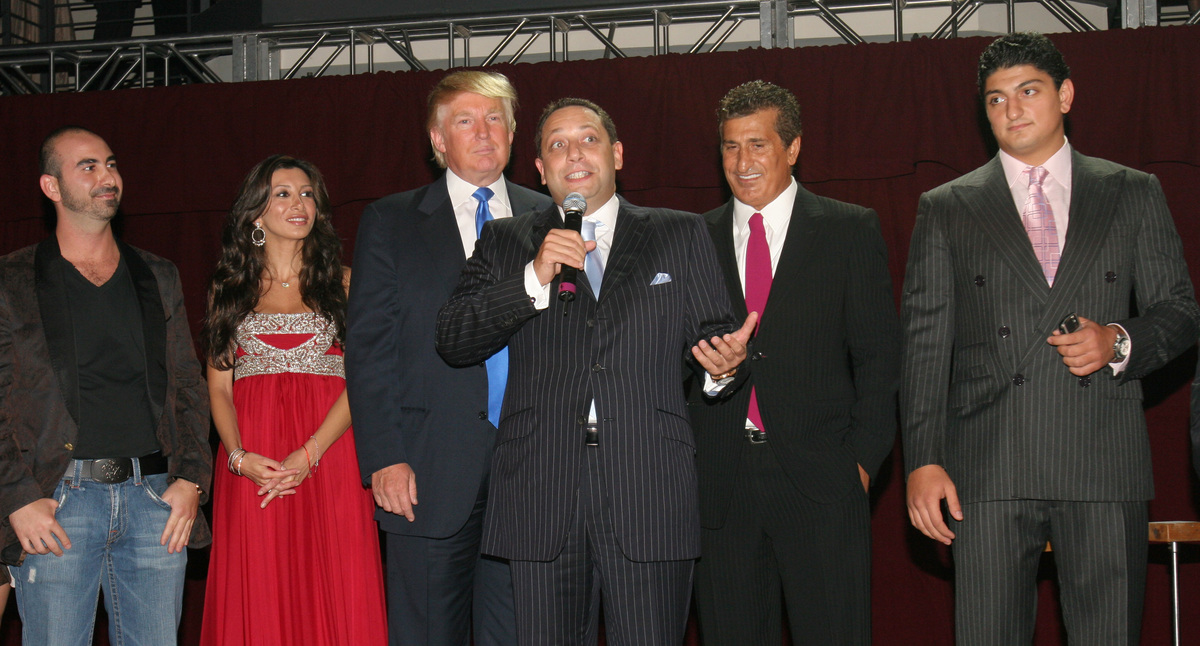 Will Ragozzino/Patrick McMullan via Getty Images

Sater is a real estate developer and longtime Trump business associate who was involved in the Trump Organization's efforts to build a Trump Tower project in Moscow. He is scheduled to testify in an open hearing before the House intelligence committee on March 14.

Sater is notable for his previous connections to organized crime and the work he also has reportedly done on behalf of the U.S. government as an undercover informant.

It was Sater who suggested to Cohen and Trump that one way to clear the way for Trump Tower in Moscow might be to offer Russian President Vladimir Putin a free penthouse, according to Cohen.

Republicans battered Cohen over his credibility, and they are likely to do the same with Sater, a man from whom Trump has tried in the past to distance himself. 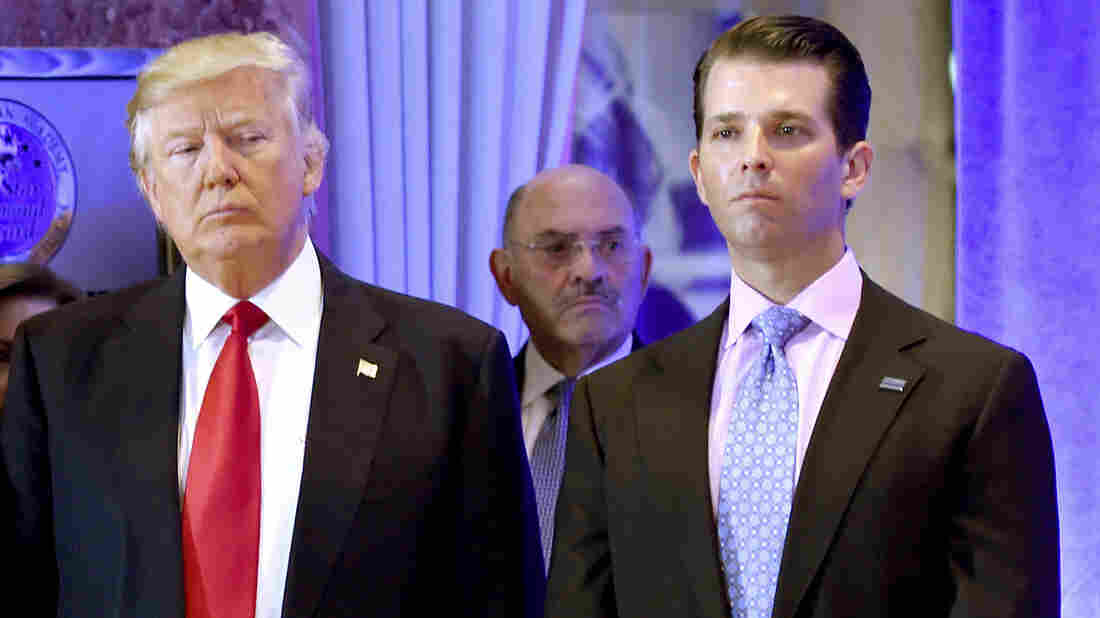 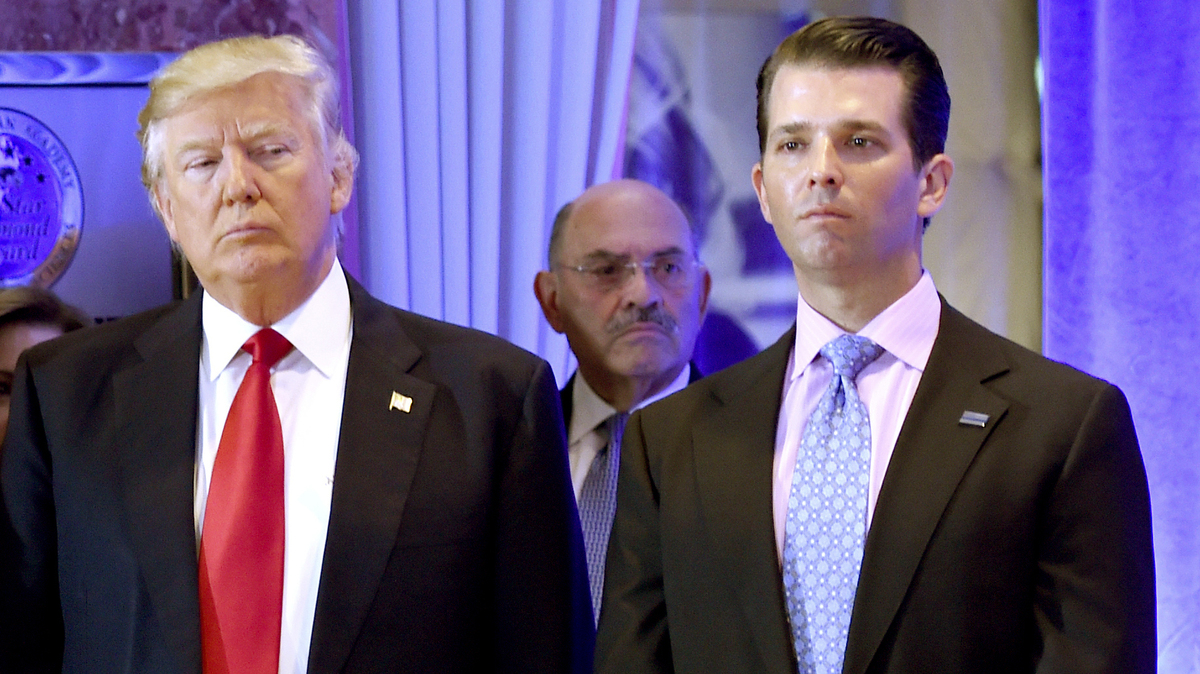 The chief financial officer of the Trump Organization has been a key player in all of Trump's business and other dealings. Weisselberg and Donald Trump Jr., for example, signed one of the checks repaying Cohen for the money Cohen paid adult film actress Stormy Daniels to keep her quiet ahead of Election Day in 2016.

Weisselberg is so important to the investigations of Trump that prosecutors in Manhattan have reportedly offered him immunity in order to get his cooperation with their efforts.

So it may be some time before the Justice Department could authorize him to talk to Congress — but that isn't stopping lawmakers from asking for him.

Rep. Eric Swalwell: 'There Is At Least One Indictment Waiting For President Trump'

Rep. Eric Swalwell: 'There Is At Least One Indictment Waiting For President Trump'

"Mr. Weisselberg is a relevant witness for many committees — he knows where the money in the Trump Organization went to, and, you know, money that came in," Rep. Eric Swalwell, a California Democrat on the House intelligence committee, told NPR.

"We have a Trump Organization that, for a very long time, has wanted to do business in Russia and has also had Russians invest in Trump Tower in the United States. ... So it's to really find out if this president is financially compromised by the Russians." 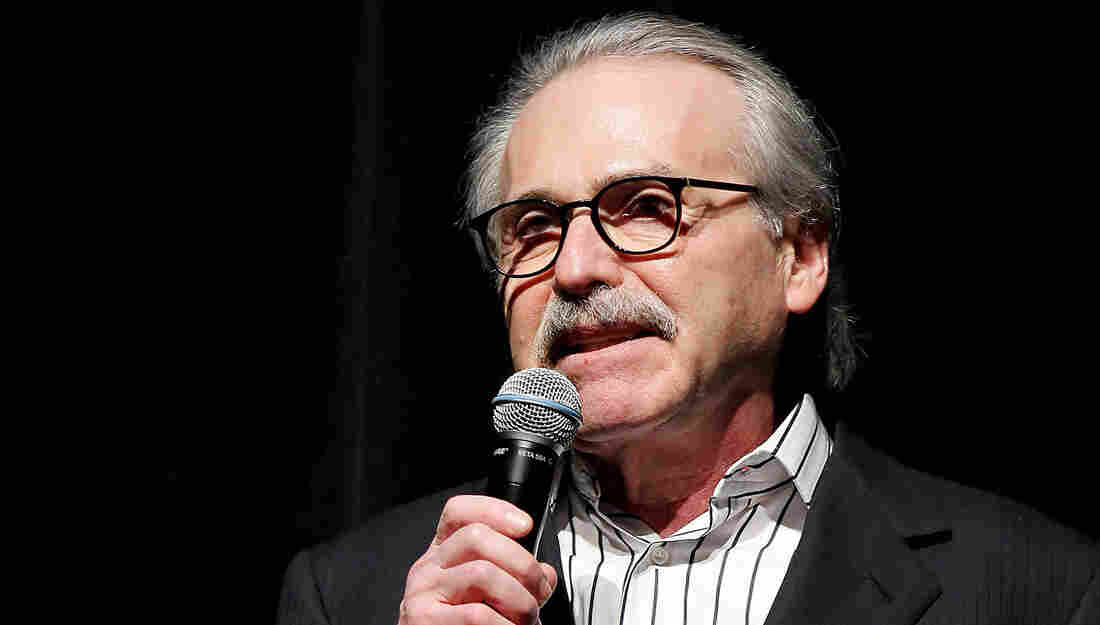 David Pecker, chairman and CEO of American Media, would have AMI "catch and kill" stories that might be embarrassing for Donald Trump. Marion Curtis/AP hide caption

Trump is said to have enlisted a number of people to help with his alleged dirty work, including those who didn't work directly for him, Cohen said.

Trump's friend David Pecker, for example, CEO of American Media Inc., which publishes the National Enquirer, would have AMI "catch and kill" stories that might be embarrassing for Trump by paying people involved for the exclusive rights to them — but never publishing them.

That's what happened with former Playboy model Karen McDougal before Election Day in 2016, when Trump's camp feared she might talk publicly about the sexual relationship she said she had had with Trump. (Trump has denied ever having any such relationship with McDougal or with Daniels.)

AMI bought McDougal's "life rights." AMI later entered into an agreement with prosecutors in New York in which it escaped charges in exchange for cooperating with the investigation.

But there was evidently a great deal more to the relationship between Trump and Pecker/AMI than the McDougal case, Cohen said. Pecker's company worked many times to buy embarrassing stories about Trump, even ones that weren't true, which enabled AMI to compile a "treasure trove" of potentially damaging material.

Cohen was so interested in what AMI had accumulated that when Pecker was negotiating to potentially take another important publishing job, Cohen wanted to buy the Trump archive on behalf of his client to ensure it was kept safe.

Who else would know about the "treasure trove" and these practices? Former National Enquirer editor Barry Levine would, Cohen said, as well as a vice president of AMI, Dylan Howard. 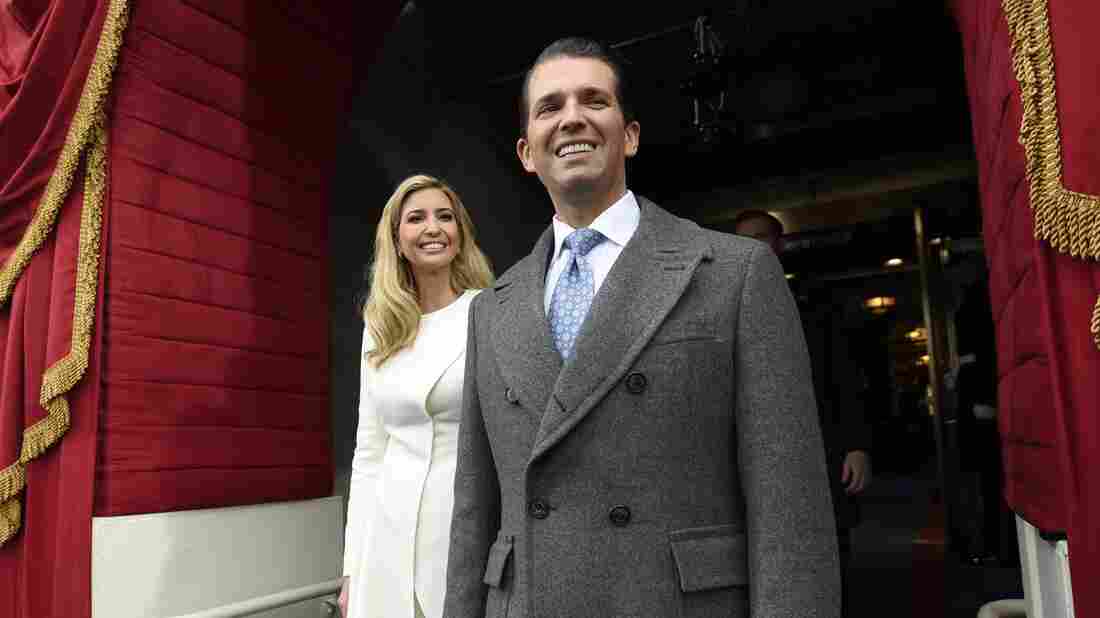 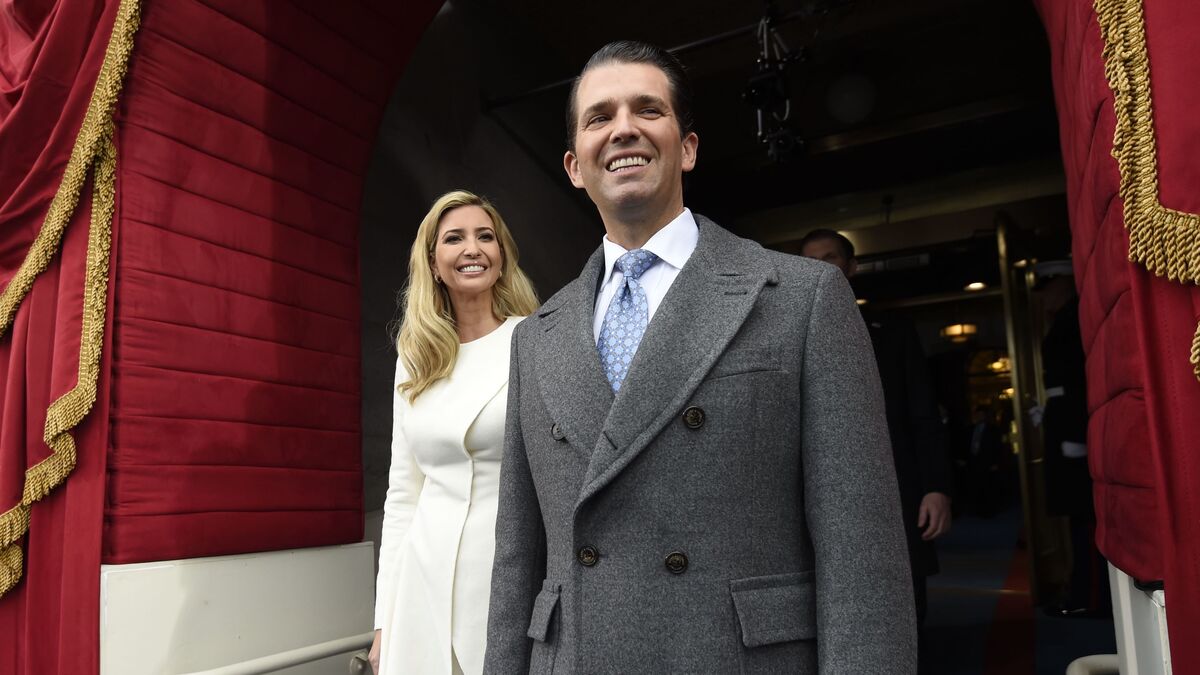 The president's three oldest children are among his top advisers and have been a part of all the family's major business dealings, Cohen told lawmakers.

That includes the potential Trump Tower Moscow real estate project. Ivanka Trump and her brother Donald Trump Jr. both were briefed about it repeatedly, Cohen said.

The chairman of the House oversight committee, Rep. Elijah Cummings, D-Md., said that Americans following these investigations should follow the names Cohen gave and also that his panel would be interested in interviewing them.

It isn't clear whether Cummings actually has requested to hear from Ivanka or Donald Trump Jr., but the oversight committee chairman did complain on Friday that other requests for interviews and documents from the White House have received only silence. 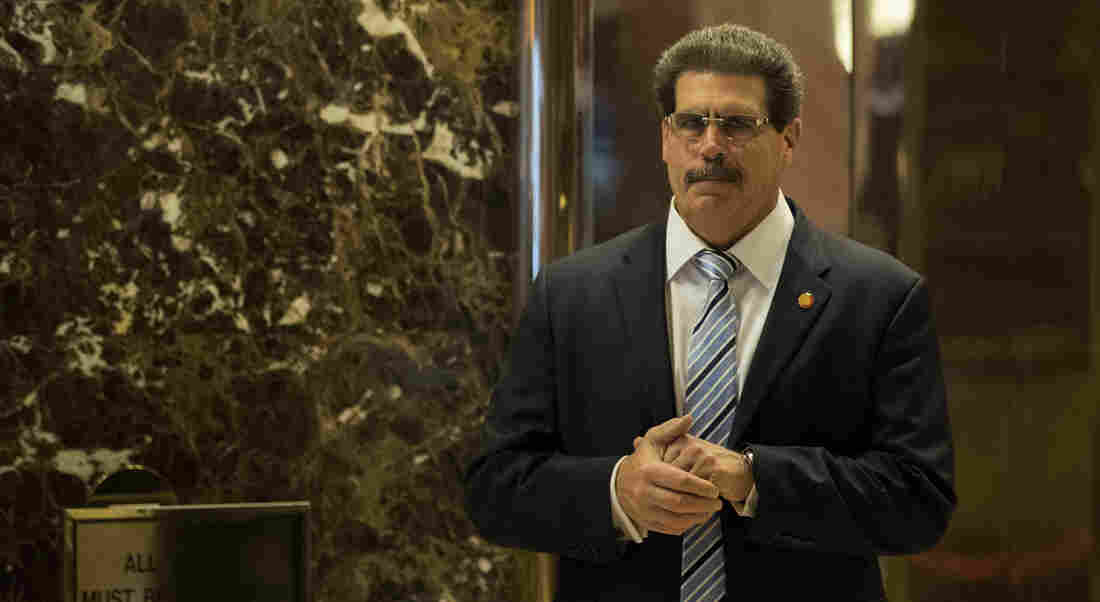 Matthew Calamari, an executive vice president with the Trump Organization, was among those named who could speak to the alleged inflation of the value of assets held by Trump or his companies. Drew Angerer/Getty Images hide caption

Lieberman is an executive vice president in Trump's company who's responsible for managing many of its subsidiary enterprises, according to his Bloomberg bio.

That includes modeling agencies, real estate and golf courses, and it was in discussing these operations that his name came up in Cohen's testimony, along with that of chief operating officer Calamari.

Rep. Alexandria Ocasio-Cortez, D-N.Y., asked Cohen about practices he had described involved with inflating the value of assets held by Trump or his companies.

Sometimes Trump overstated the value of his properties to make them appear more valuable and himself seem more wealthy, Cohen said. Sometimes, Cohen said, Trump submitted information to authorities that made his properties seem much less valuable than they actually were, reducing the amount in taxes he would have to pay.

So did Trump ever give inflated information about his assets to an insurance company, Ocasio-Cortez asked — something that could violate the law?

Yes, Cohen said. When asked who could give the committee more information, he recommended Weisselberg, Lieberman and Calamari.

If Cummings' comments were any indication, they may all soon have their time under the spotlight.