Accessibility links
Getting Out Of The Commercial Sex Industry — With Help From Women Who've Been There Not all women in the commercial sex industry have been victims of sex trafficking. But that's where many victims of trafficking end up. One woman who got out has begun a program to help others. 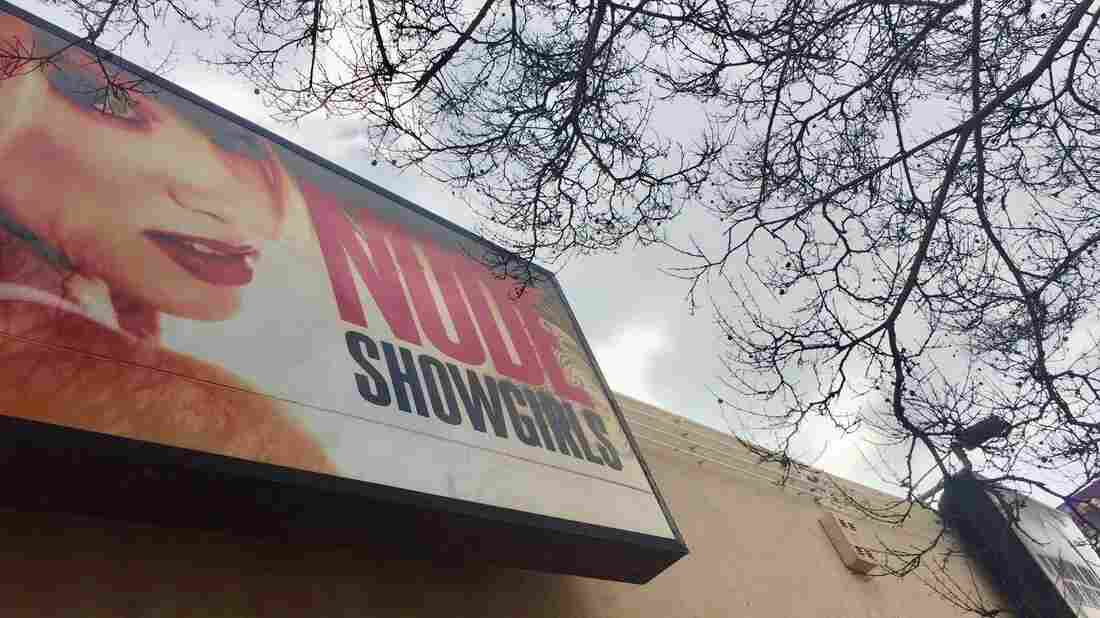 Outreach workers from the organization Treasures visit strip clubs to let the women working there know that help is available if they want to get out of the commercial sex industry. Gloria Hillard/NPR hide caption 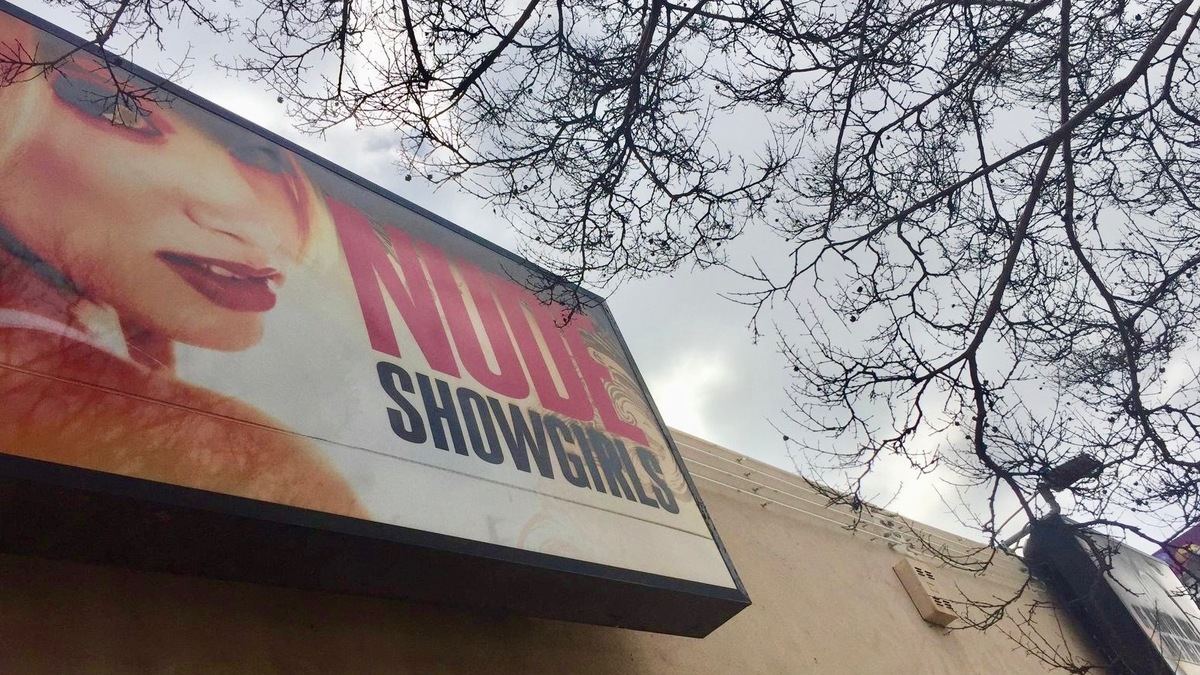 Outreach workers from the organization Treasures visit strip clubs to let the women working there know that help is available if they want to get out of the commercial sex industry.

Many workers in the commercial sex industry have trouble getting out because they enter at a young age, have no family support and have been traumatized on the job. An organization based in LA called Treasures provides these women with a safety net that includes support groups, peer mentoring, education, job counseling, and sometimes even child care.

"This is definitely an epicenter of the commercial sex industry," says Grillo from the driver's seat of her car.

Grillo, wearing jeans and a leather jacket, lightly drums her fingers on the steering wheel. She sees and points out what others might miss, right under their noses. "Another motel, another motel. Lots and lots of motels," she says.

And adjacent to those motels are strip clubs, open for business. Most clubs are open seven days a week. And they have customers, Grillo says. "During the day, it tends to be men by themselves, you know. Maybe they're on a lunch break?"

When we started going up to the strip clubs at first it was like, what are you doing here? Why do you care?

Grillo was just 19 when she walked into a strip club for the first time to audition as a dancer. She was accompanied by an abusive boyfriend who later became her pimp.

"Unfortunately, like many women who find themselves in the commercial sex industry, I was sexually abused as a young girl and then raped as a teen," she says. "I had been, you know, contemplating suicide since I was 8 years old; had several attempts and literally didn't think I would live to see 21."

Today, at the age of 42, Grillo is the founder of an organization called Treasures, which is funded by private donations, grants and churches. It's led by women who've walked in the shoes of the women they're trying to help. In addition to its work in LA, Treasures says it has done training in 120 cities across nine countries.

"When we started going up to the strip clubs at first it was like, 'What are you doing here? Why do you care?' " she says. "Many of us have been in the industry. We know what it's like. And you can just watch the walls come down."

Treasures' San Fernando Valley office has no signage on the door for a reason. Security is important to the women who work here, volunteer here and come here for help. One of them is Alex. She has a criminal protective order against a former abuser and has asked that we only use her first name because she fears for her safety.

As Alex shares her story, deep breaths punctuate her sentences. "I've seen most of America from the inside of a Motel 6," she says.

I've seen most of America from the inside of a Motel 6.

Alex, who asked that we not use her last name, was forced into pornography and prostitution at age 17.

At the age of 17, she was driven from Los Angeles to Florida where she was forced into prostitution and pornography. At the age of 19, she escaped her trafficker and made her way back to LA. "I had no ID, no place to live," she says. "The only thing I knew how to do, right, was to be a sex worker."

It was two years later when she was 21 and sitting on a park bench that she met two women who told her about Treasures. Alex's face lights up remembering the day she met Grillo. "It was like glitter magic! But a lot of crying also."

We've had women so many times tell us they've carried our card in their wallet for seven years before they finally reached out. So, we keep planting the seeds and letting them know that when they're ready, we'll be there for them.

Alex has finished two years of college and now has a part-time job.

Stories such as Alex's aren't rare. According to the National Center for Missing and Exploited Children, of the more than 23,500 runaways reported to them in 2018, one in seven were likely the victims of child sex trafficking. Not all women in the commercial sex industry have been victims of sex trafficking. But the industry is where many victims end up.

Grillo of Treasures admits that sometimes it's hard re-entering the world she escaped. "Obviously, my heart is tender towards the women and hearing their stories," she says. "But when I really find myself triggered, it's often because of the way I'm looked at by a customer. Or sometimes, there might be something as little as a smell when I walk into a dressing room." 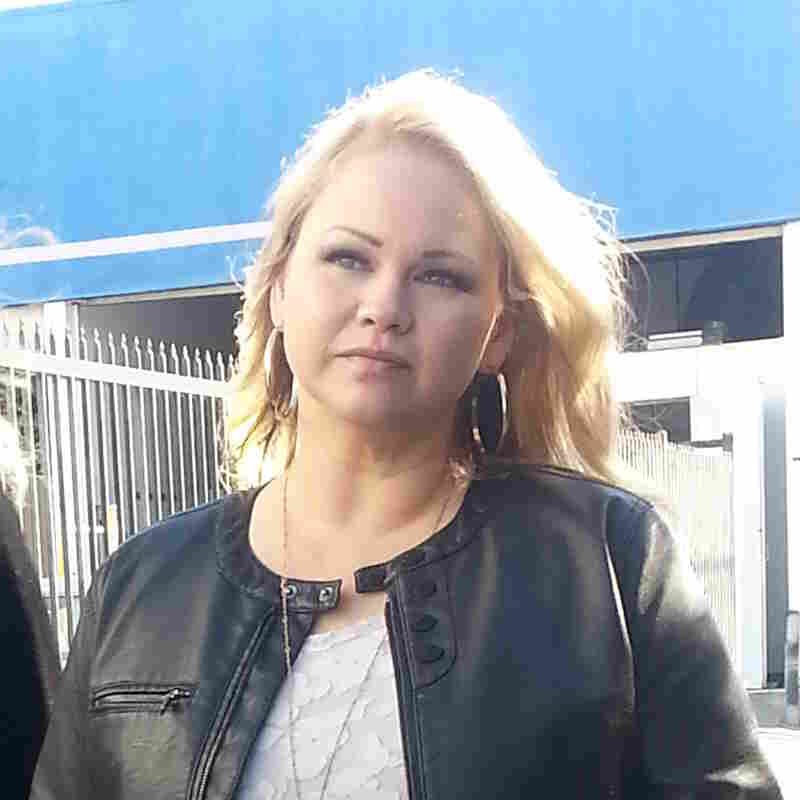 Back on the boulevard, Grillo pulls up in front of a strip club that advertises "Nude Exotic Entertainment." This is the fourth club she has visited today.

Grillo and her assistant grab small pink gift bags stuffed with lip gloss, a necklace, a book of inspiring words and a business card with Treasures' phone number.

In order to gain access, Grillo explains to club owners that she's not there to persuade the women to leave, only to let them know that Treasures is there if they need help with their lives. She says many club managers understand that the women working there are damaged and could use the kind of support her organization offers.

Fifteen minutes after entering the club, they return to the car. Grillo is again behind the wheel. "That club was actually busier even though it's still tiny. There were nine women working."

One of the dancers remembered Grillo and her assistant from a previous visit. And this time the dancer asked about a Treasures support group. Grillo is hopeful the young woman will show up.

"We've had women so many times tell us they've carried our card in their wallet for seven years before they finally reached out," she says. "So, we keep planting the seeds and letting them know that when they're ready, we'll be there for them."