Accessibility links
2020 Democratic Candidates Look To Reverse 2016 Loss In Wisconsin Democrats were stunned to lose the state to Donald Trump in 2016. This time around, presidential candidates are treating the previously blue state like a battleground. 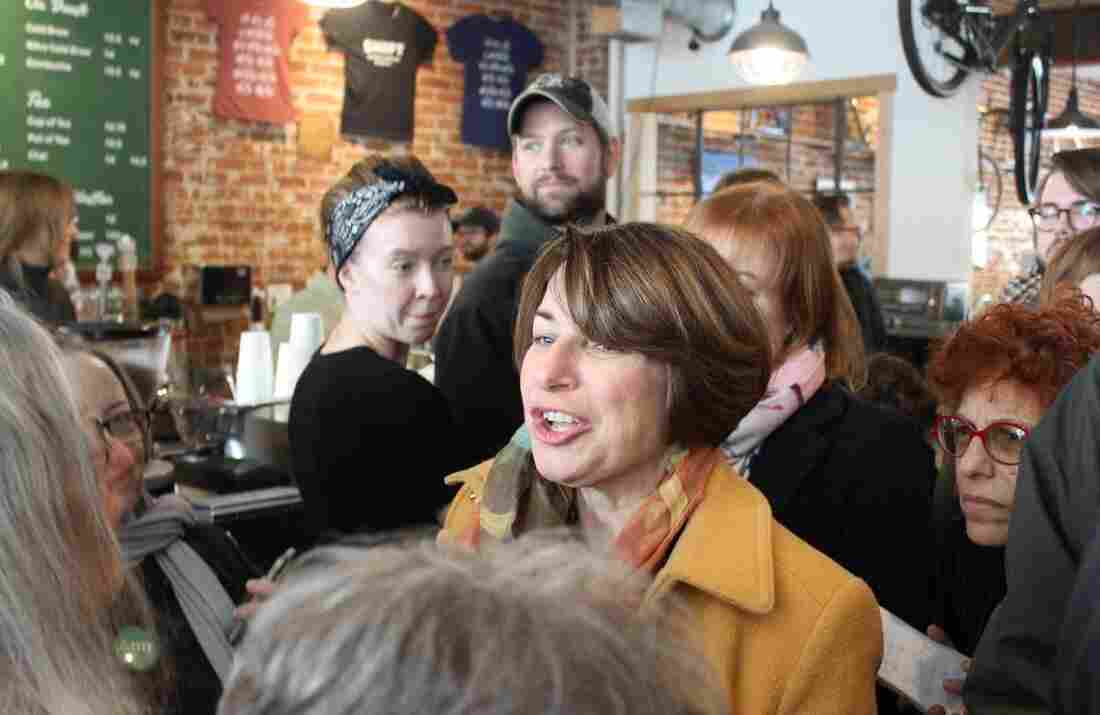 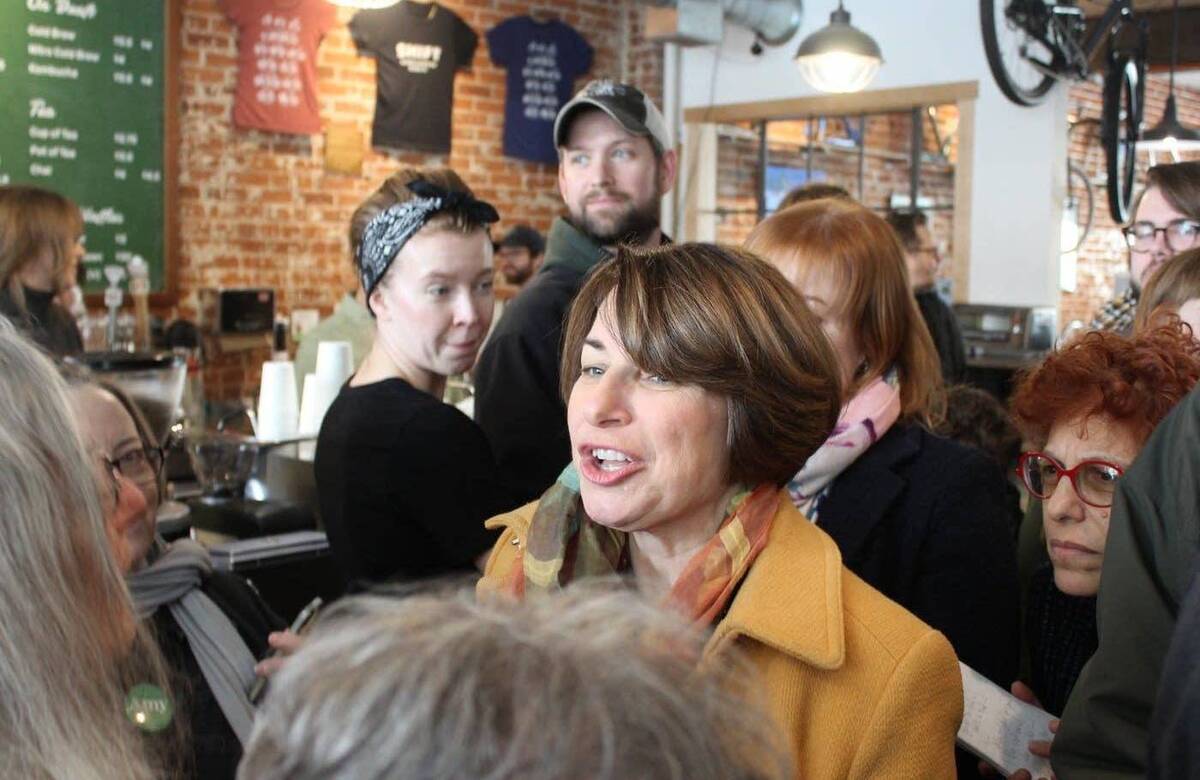 Sen. Amy Klobuchar holds an event at Shift Cyclery & Coffee Bar in Eau Claire, Wis., on Feb. 16. Klobuchar is among the Democratic presidential hopefuls paying attention to Wisconsin in this election cycle.

Here's something Democrats thought they knew during the last presidential campaign: Wisconsin was safe. It was a lock for Democratic nominee Hillary Clinton. But when the votes were counted, it was a stunning upset for Republican Donald Trump.

In 2020, Democrats apparently aren't taking the state for granted.

Even though the first nominating contests in Iowa and New Hampshire are some 11 months away, and with Wisconsin's primary not until April 7 of next year, the campaign stops have already begun.

Sen. Amy Klobuchar spoke to a packed bicycle shop and coffee house in Eau Claire two weeks ago. It was the first stop on her very first campaign trip since declaring her candidacy a week earlier. Klobuchar highlighted a family history in the Midwest, including Wisconsin.

"I do not come from money," the candidate began. "My mom was a teacher. My dad was a newspaperman. My grandpa was an iron ore miner, and those relatives in Wisconsin, during the Depression, my grandpa worked in a pie shop."

Heading to Eau Claire was a practical choice — it's not far from the Wisconsin border with Minnesota, Klobuchar's home state. Iowa is right next door as well.

There was also symbolism in the form of the message it sent to Democrats everywhere that a traditionally blue battleground won't be ignored this time.

In the 2016 election, the Clinton campaign had a relaxed approach to Wisconsin. From the time she accepted the nomination in late July right up to Election Day, Clinton never campaigned in the state in person. She made zero visits to the state in those crucial final months, leaving that task to surrogates. 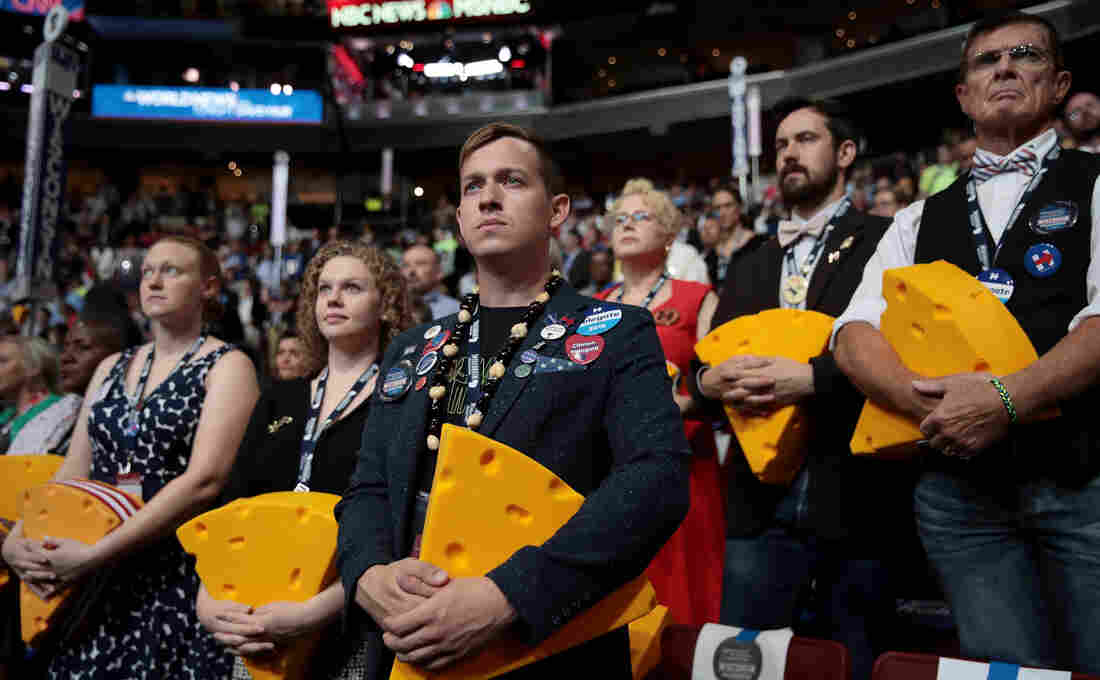 The Democrats had pretty good reason to take that approach. After all, the last Republican to capture the state's electoral votes was President Ronald Reagan in '84 — and in 2016 the polls in the state pointed to that trend continuing.

"My poll and all 33 other polls in the state showed Clinton leading by an average of about 6 points," says pollster Charles Franklin of Marquette University Law School.

Still, Trump's campaign treated Wisconsin like a hotly contested battleground. He made repeated visits there in the final 100 days of the campaign. At a rally in the city Eau Claire in the western, more rural part of the state, he predicted, "In just one week we are going to win the great state of Wisconsin. And we are going to win back the White House. It's going to happen, folks."

Ultimately, Trump carried Wisconsin by just 22,177 votes — a winning margin of less than 1 percent. It was part of a trio of upsets in previously blue states that included Michigan and Pennsylvania — giving him the margin he needed to win the White House. 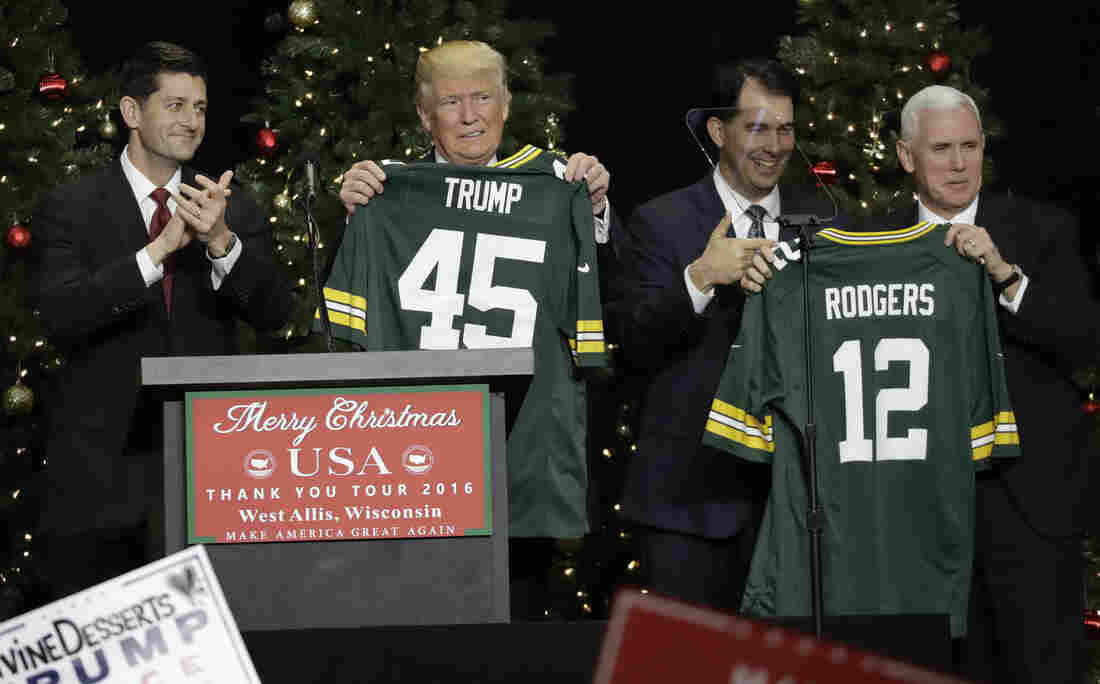 There are a lot of things factoring into that result, of course, but pollster Charles Franklin says two things happened. Trump did well in the rural western side of the state, a more Republican area, but one that Barack Obama had managed to carry. Plus, Franklin adds, turnout in the state's largest urban area, the Democratic stronghold of Milwaukee, was significantly lower than expected. That resulted in fewer votes overall for Clinton in a big city where she needed to run up the score.

Talk to everybody, everywhere

Democrats have been taking notes. Klobuchar hardly has Wisconsin to herself this time around. Another potential Democratic presidential hopeful dropped in recently, former Rep. Beto O'Rourke. At a tour of the Milwaukee Area Technical College, he said it's good that the state is getting attention. "Wisconsin — perhaps like other parts of the country, perhaps even including where I'm from in far west Texas — too often is overlooked," he said. O'Rourke said he's still deciding whether to enter the presidential race.

Meanwhile, Wisconsin Democratic Party Chairperson Martha Laning says she's been hearing from other candidates about early visits to the state as well.

"It sends a message to the whole nation," Laning tells NPR. Of the candidates, she adds that it's evident that after what happened in 2016, "they're not going to take anything for granted and they're stopping by Wisconsin right now."

But Laning stresses that candidate visits are only part of it. Yes, there are lessons from Clinton's absence last time, but she acknowledges that the Wisconsin Democrats need to be better at reaching voters in every part of the state — urban and rural, blue and red. 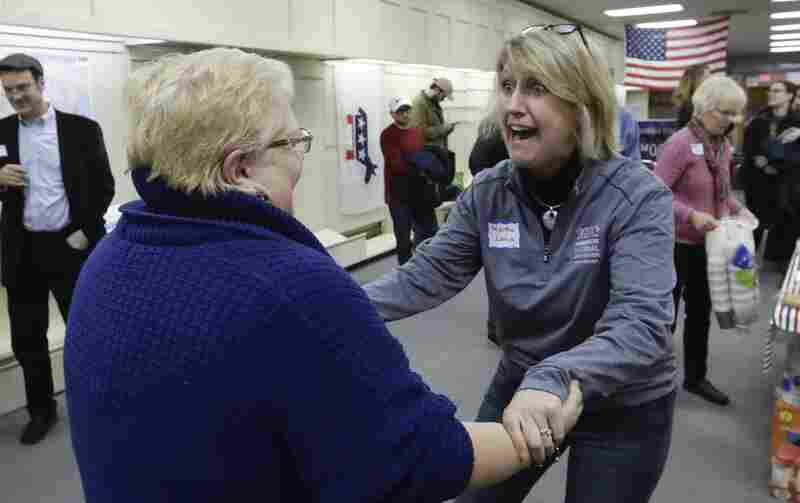 She says the 2018 midterms were a good start, as it was a very strong Democratic year in Wisconsin. They easily re-elected Democratic Sen. Tammy Baldwin, and they defeated Republican Gov. Scott Walker, who had been seeking a third term in office.

Laning says the lesson of 2016's defeat is that you need to talk to voters everywhere, and if you pick up an unexpected vote here or a vote there, it can make the difference when there's another election with a razor-thin margin.