Accessibility links
Gridiron Dinner: Being Trump's Daughter Is The 'Hardest Job In the World' Sen. Amy Klobuchar made jokes about a report of her eating salad with a comb while Ivanka Trump made fun of Democrats' Green New Deal at the Gridiron dinner for Washington journalists and politicians.

Being Trump's Daughter Is The 'Hardest Job In the World,' Ivanka Jokes At Dinner

Being Trump's Daughter Is The 'Hardest Job In the World,' Ivanka Jokes At Dinner 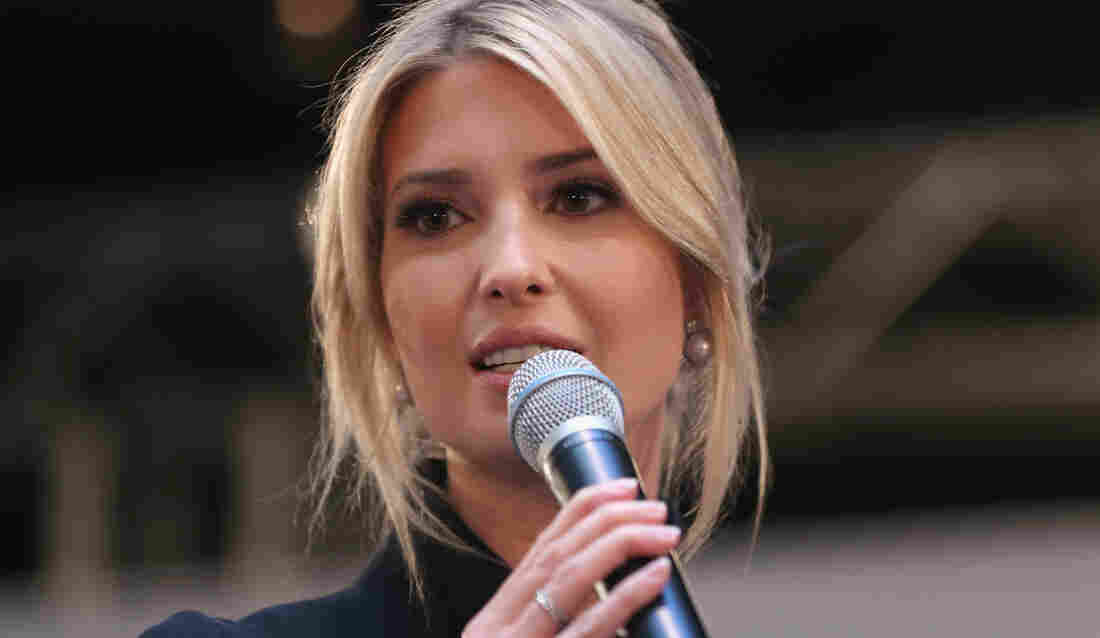 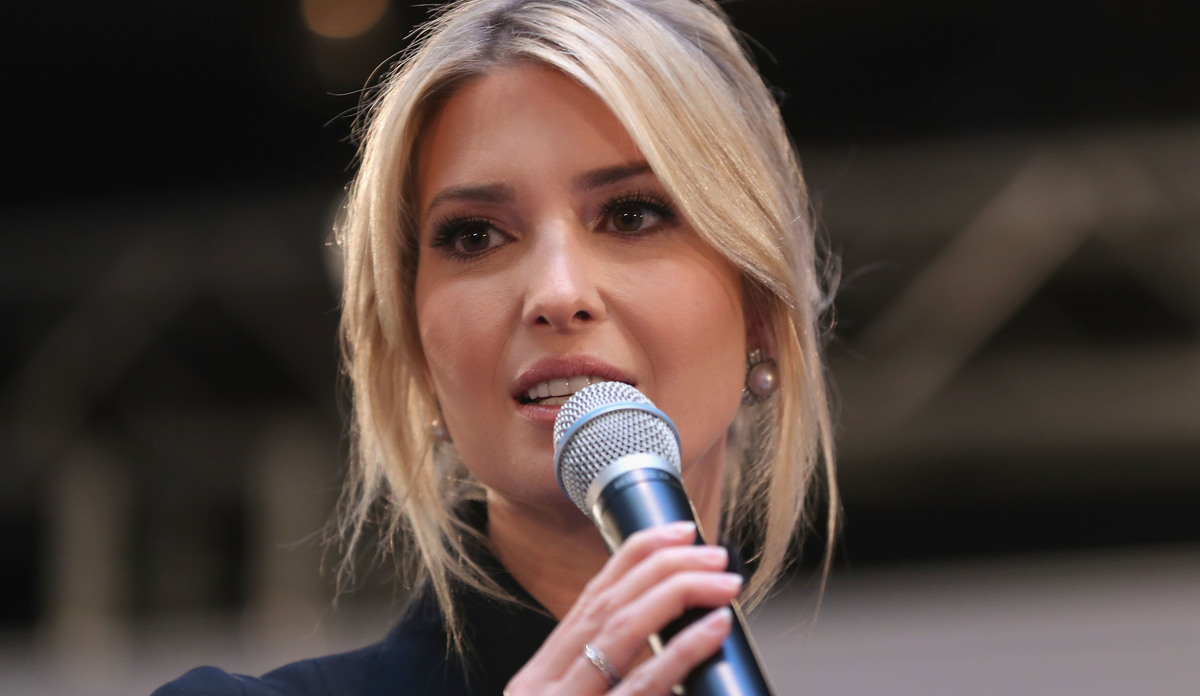 Ivanka Trump is pictured in Munich, Germany in February. She spoke in Washington Saturday night at the annual Gridiron dinner of Washington's elite.

With greens on the menu and Minnesota Sen. Amy Klobuchar on the speakers' list, there was no way salad wasn't going to be the punchline of at least one joke at the annual Gridiron dinner in Washington, D.C. on Saturday.

Klobuchar, Sen. John Kennedy of Louisiana and Ivanka Trump were among the speakers at the annual white-tie dinner hosted by the Gridiron Club and Foundation, an exclusive group for top Washington journalists. The 134-year-old tradition is a chance for reporters, politicians and other movers-and-shakers to mingle and roast one another and the absurdities of the Washington political scene.

At a moment when she's facing scrutiny over reports of poor treatment of her staff, Klobuchar, a 2020 Democratic presidential hopeful, made several self-deprecating jokes referring to her reputation as a tough boss — including a reference to what's quickly become an infamous anecdote.

"How did everyone like the salad?" Klobuchar joked, alluding to the report that she'd once eaten a salad with a comb and then told a staffer to clean it after berating the aide for failing to bring her a fork. "I thought it was OK, but it needed just a little scalp oil and a pinch of dandruff."

Klobuchar also joked that before speaking, she was asked if she wanted a microphone or if she preferred to yell. (For the record, she spoke through a microphone to the crowd seated at tables in a Washington, D.C. hotel.)

Klobuchar also took aim at President Trump, noting one advantage to her being a Minnesotan running for president: "The Russians won't try to meet with me because Minneapolis is even too cold for them."

On her presidential aspirations, Klobuchar said she's confident she has what it takes to win, in part thanks to a track record of mining her networks to raise money — including from ex-boyfriends, a group she said her husband has noted "is not an expanding base."

Poking fun across the political spectrum, Klobuchar promised her campaign will combine "the short, peppy speeches of Joe Biden; the common touch of Michael Bloomberg; the collegiality of Ted Cruz; and the chipper, upbeat personality of Bernie Sanders."

The Republican speaker for the evening, Sen. John Kennedy of Louisiana, set the tone for his speech with this opening line: "I am nervous as a pregnant nun."

Kennedy, known for his colorful sense of humor, fired off a series of edgy jokes that left the audience alternately laughing and cringing. Very little, including Southern stereotypes, seemed to be off limits.

On some of the media networks where he's appeared as a guest: "They call me folksy. I think that means they're surprised I have a college degree."

Kennedy told the room filled with journalists that he loves newspapers, joking, "We made learning to read mandatory in Louisiana about 10 years ago."

Kennedy went on with another joke aimed at the South: "You know why Alabama raised the drinking age to 32? They wanted to keep alcohol out of the high schools."

On the Super Bowl: "If I had wanted to watch guys failing to score for three hours, I'd have taken Ted Cruz and Bernie Sanders to a singles bar."

In one joke, he alluded to the blackface scandals plaguing Virginia Gov. Ralph Northam and Virginia Attorney General Mark Herring, suggesting, "A modest new tax on Virginia Democrats in blackface would raise billions."

He also urged the members of the media not to jump to conclusions in their reporting on the investigation into possible collusion between President Trump's 2016 campaign and Russia. "Not a single member of the Trump administration has been found to be secretly working for the United States," Kennedy joked.

The Venn diagram overlap between former theater nerds and journalists being, one could guess, substantial, the speeches and dinner courses are traditionally interspersed with musical skits and song parodies roasting figures across the political spectrum.

Among the highlights was a skit alluding to President Trump's recent anticlimactic summit in Hanoi with North Korean Leader Kim Jong Un. In that performance, a prominent member of the NPR Politics team (who shall remain nameless as a professional courtesy) made an appearance dressed from head to toe as a nuclear warhead. As the show wrapped up, CNN's Jake Tapper and Bret Baier of Fox News wore powdered wigs (though it was unclear from a distance if they were, in reality, truly powdered) and made a valiant effort at a number from the hit musical Hamilton.

President Trump, well-known for his distaste for the press, was not in attendance — though he did make an appearance last year, referring to reporters as the "opposition party." Vice President Mike Pence represented the administration in 2017.

Several members of the administration were present this year, including economic adviser Larry Kudlow, who, according to The Washington Post, arrived in the same Brooks Brothers suit he wore in 1986 (disclosure, after an unforeseen wardrobe challenge, your correspondent attended the dinner in the same black dress she wore to the Gridiron dinner two years ago, and to her wedding rehearsal dinner in 2003).

In Trump's place was his daughter Ivanka Trump and her husband and Trump adviser Jared Kushner. Ivanka spoke briefly, saying that her father had asked her to appear "just this afternoon," eliciting laughter.

Ivanka said she didn't have time to write jokes, "so I figured the funniest thing I could do was read excerpts from the Green New Deal," a jab at legislation promoted by Democrats including New York Rep. Alexandria Ocasio-Cortez. The policy package designed to stimulate the economy and curb climate change has been heavily criticized by many Republicans as impractical and expensive.

Ivanka Trump joked that she's been criticized for wanting others to work despite being born into privilege, "as if being Donald Trump's daughter isn't the hardest job in the world."

On her father's absence from the dinner, Ivanka said, "The opportunity to poke fun at the media isn't something he passes up lightly."

In some ways, she added, "for my father, every day is a Gridiron dinner."