Accessibility links
Paid Family Leave Bills Advance in Several Swing States Paid time off for illness and family caregivers has substantial bipartisan support. Several states are expected to consider proposals, but there are disagreements over how to structure and pay for it. 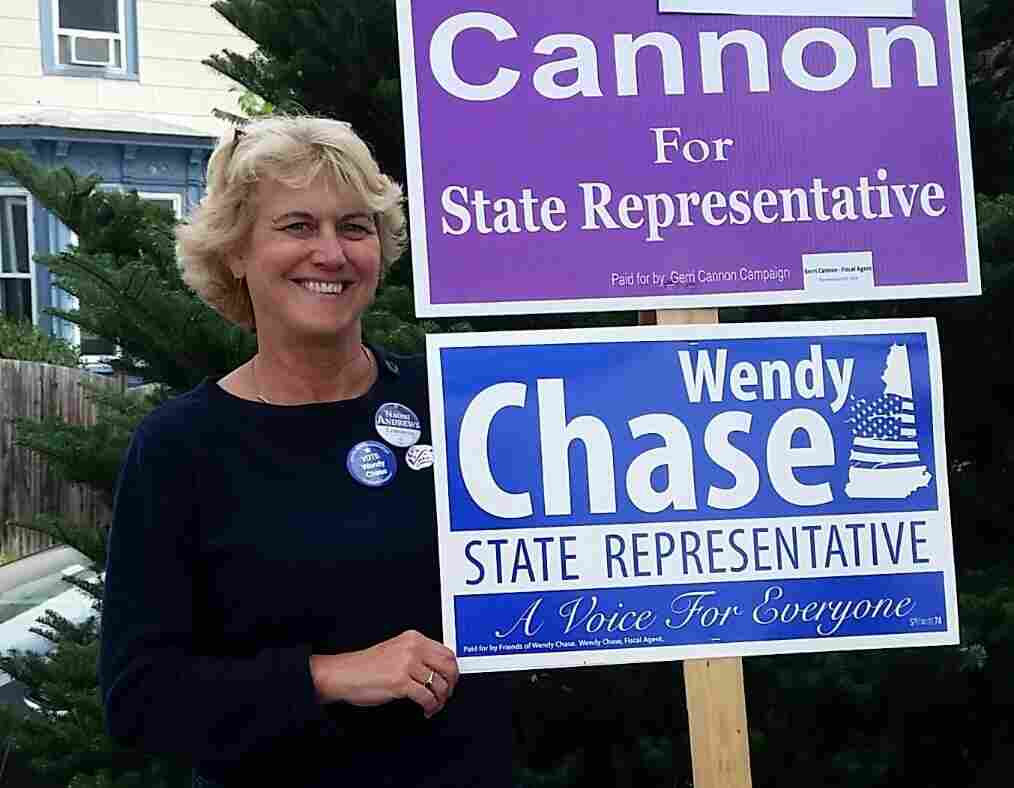 Wendy Chase was elected to the New Hampshire House in November. Her mission to pass paid parental leave was inspired by the decades of care her daughter required after being diagnosed with cancer at age 2. Glenn Chase/Courtesy of Wendy Chase hide caption 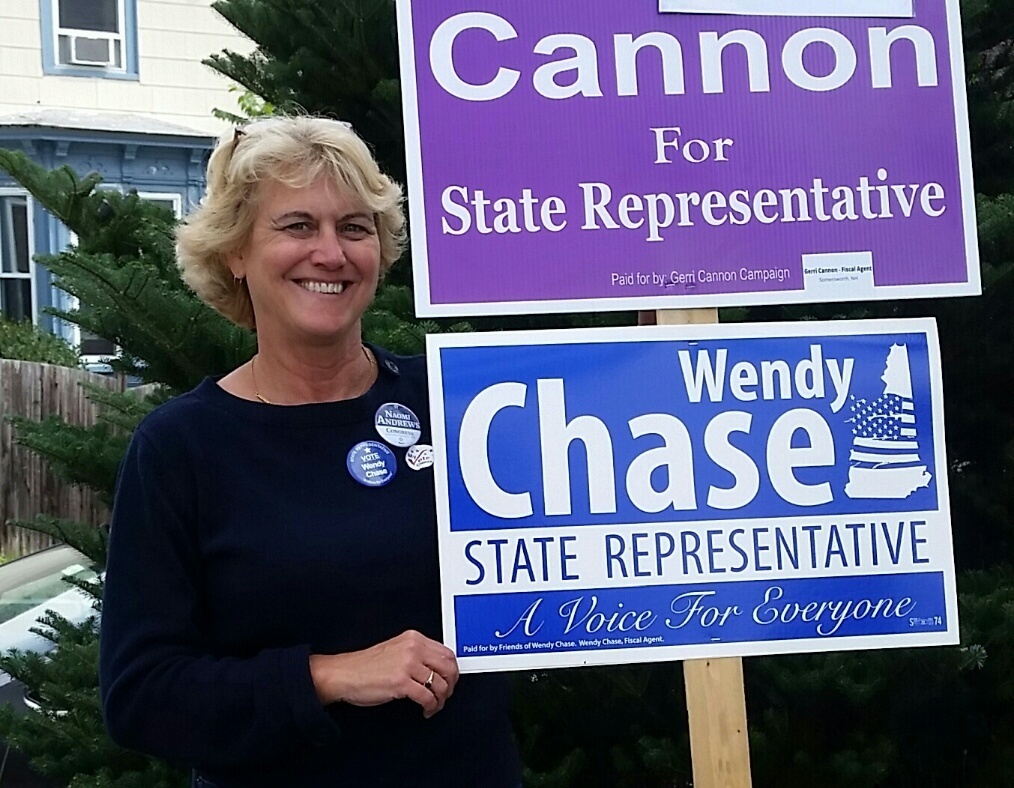 Wendy Chase was elected to the New Hampshire House in November. Her mission to pass paid parental leave was inspired by the decades of care her daughter required after being diagnosed with cancer at age 2.

In New Hampshire, there's no requirement that employers offer paid leave to workers who are caring for newborns or taking care of elderly parents.

Wendy Chase campaigned last fall for a seat in the state House promising to change that — and won.

"This is my first term, and I'm not a politician. I'm just a mom on a mission," she says.

That mission started when her daughter, Erin Pappas, was diagnosed with a rare bone cancer at age 2. For over three decades, Chase accompanied her daughter to an endless series of surgeries, chemotherapy sessions, and doctor and emergency room visits.

But Chase, like about 86 percent of American workers, did not have paid family leave through an employer.

Paid family leave has become a top legislative priority, and nowhere is that clearer than in state government. This year, about two dozen states are expected to consider proposals that offer paid leave for workers who are ill, or taking care of new or elderly family members.

And some of those measures are expected to make inroads in swing states, including Minnesota, Colorado and Maine. Even historically conservative states like Indiana, Oklahoma and Nebraska are expected to consider proposals this year.

Polls show large majority support for paid family leave across the political spectrum driven by several factors. Elder care is of growing concern as the population ages. Women, who make up the majority of caregivers, are more politically active. And younger workers are demanding better work-life balance from their employers.

"Access to paid family and medical leave would make a big impact on some of the biggest issues that are facing the state," says Amanda Sears, director of Campaign for a Family Friendly Economy in New Hampshire.

"We have a workforce shortage. We really need to attract and retain young working families," she says. "We have an opiate crisis. Access to paid leave is one of the big things that can make an impact on people getting into the recovery services that they need."

Wendy Chase, the New Hampshire lawmaker, says that it was impossible to work full time and meet the demands of her daughter's care, so her career suffered.

"It was exhausting to say the least," Chase says. "That's where I ended up not being able to have a full-time job anymore," and instead worked part time as a waitress, or doing medical billing. Eventually, she took over her parents' marketing business, so she could set her own schedule.

"Just knowing that she was behind me voting for her mom — it just gave me that power to get out there," Chase says. 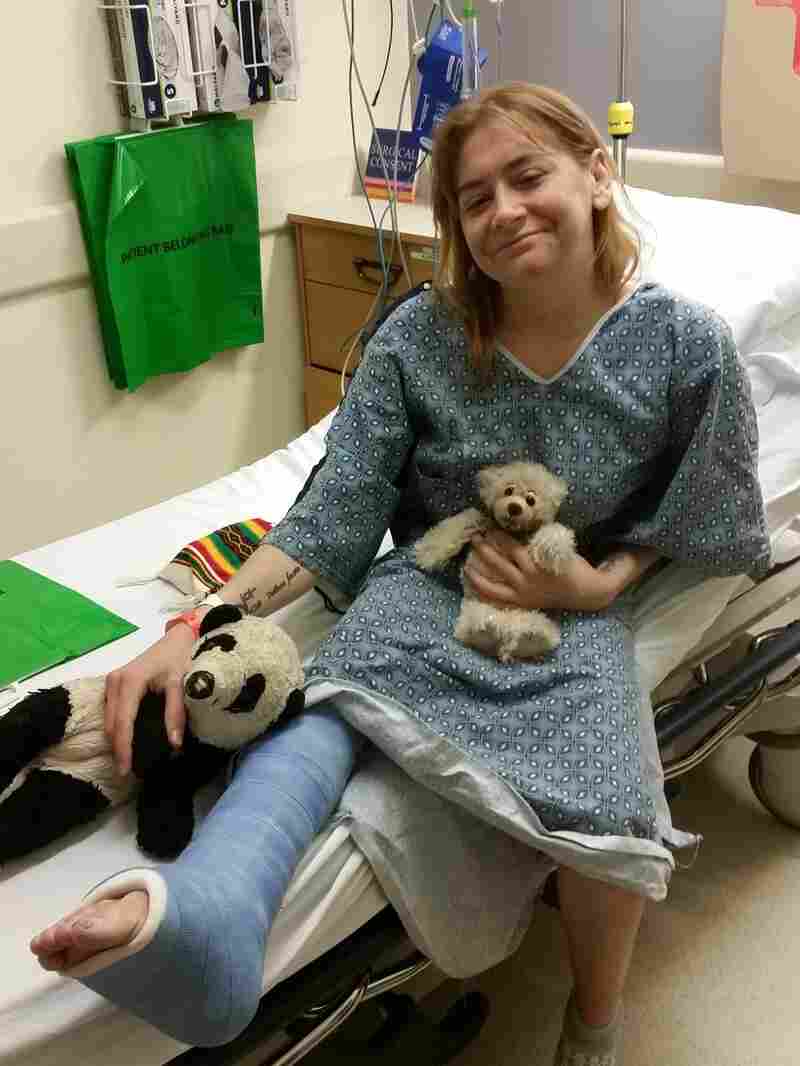 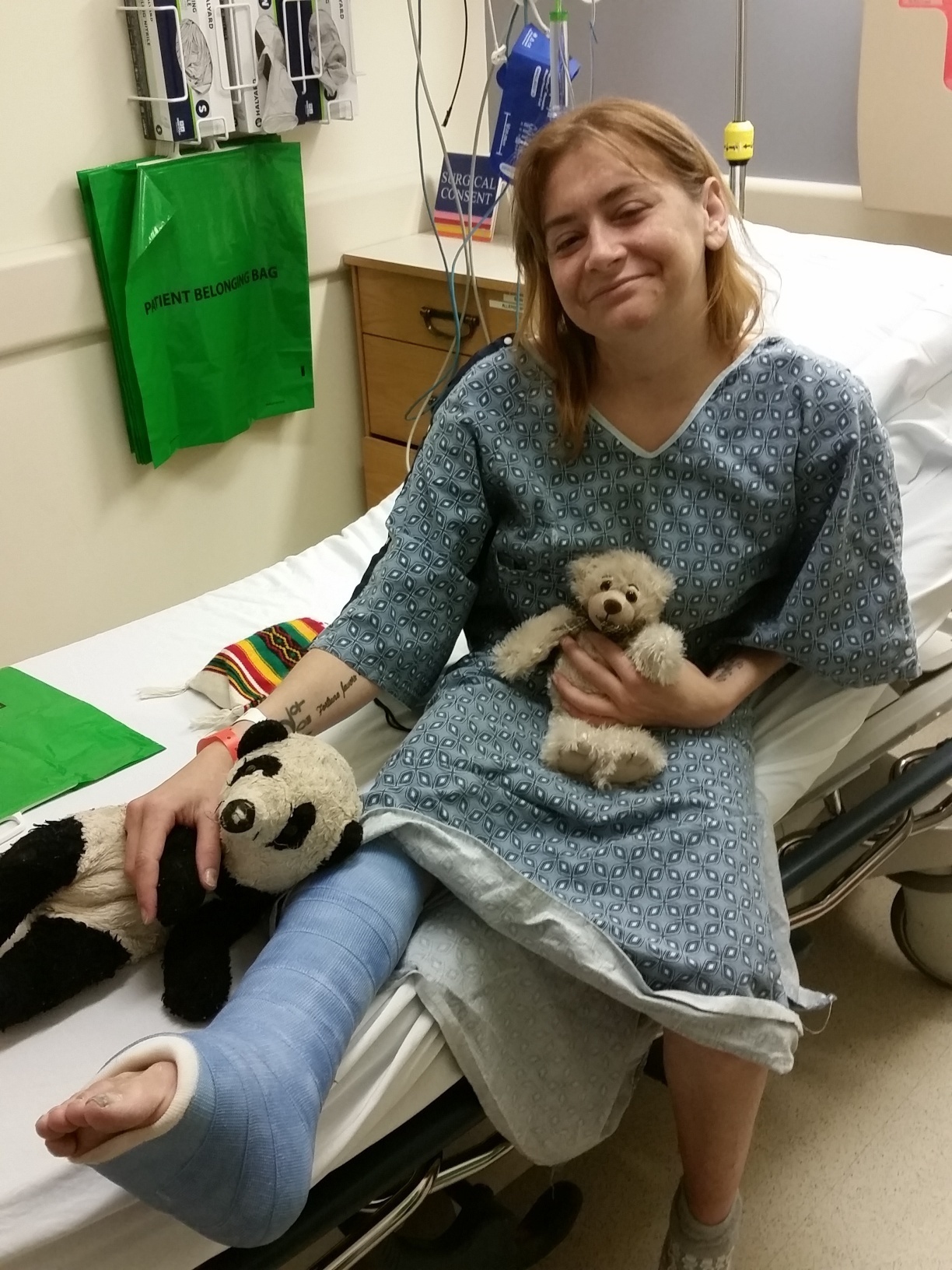 In many ways, Chase's personal story reflects the broader trend in the debate over paid family leave. She's a Democrat who unseated a Republican incumbent. But as a small business owner, she says she's also concerned about cost, including finding temporary replacements for workers on leave. Without a government program, she says, that would be difficult and expensive.

"Everybody is getting on board, regardless of geography, regardless of political background," says Dan Feltes, the state's new Senate majority leader.

Not everyone agrees on how it should be done.

New Hampshire Gov. Chris Sununu says he remains opposed to the Democrat-backed proposal, which both employers and workers would pay into. In an emailed statement, his spokesman wrote, "Governor Sununu remains opposed to any paid family leave plan that would impose an income tax, run the risk of insolvency, or one that is not truly voluntary."

Sununu, along with fellow Republican Vermont Gov. Phil Scott, instead proposes a six-week leave benefit for state employees. Other workers could sign up for the benefit through their employers, if they offer it.

Sununu's position echoes that of some businesses that don't like the added cost and regulation of another government mandate.

Most paid leave laws work by collecting a payroll tax from employers and workers — usually several dollars a week — creating an insurance fund that pays for the benefit.

Which Countries Guarantee That New Dads Get Paid Paternity Leave?

Not every company opposes paying into a state-required program like that, says Philadelphia attorney Lori Armstrong Halber, who represents employers. Many small employers cannot otherwise afford to offer paid leave, she says.

"It is a benefit that will attract the best and the brightest," Halber says, especially as it has become so hard to find and attract workers. "And frankly, it is something that [workers] expect and demand, and part of this is a societal change."

State governments also recognize that the gridlocked federal government is unlikely to enact a national paid leave program, Halber says, so "I think we're going to continue to see states address areas like this where the federal government hasn't been able to make any movement."