Accessibility links
Elderly Trump Critics Await Mueller's Report — Sometimes Until Death Mitchell Tendler, a 93-year-old WWII vet, died recently. According to his son, one of his last statements was about the special counsel: "'I'm not going to see the Mueller report, am I?'" 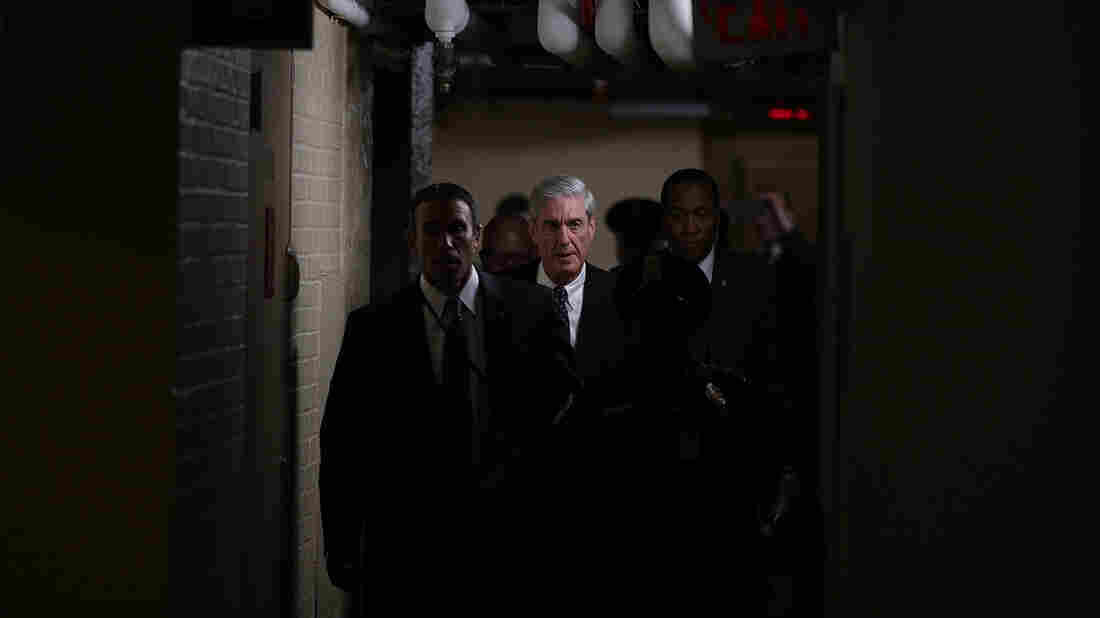 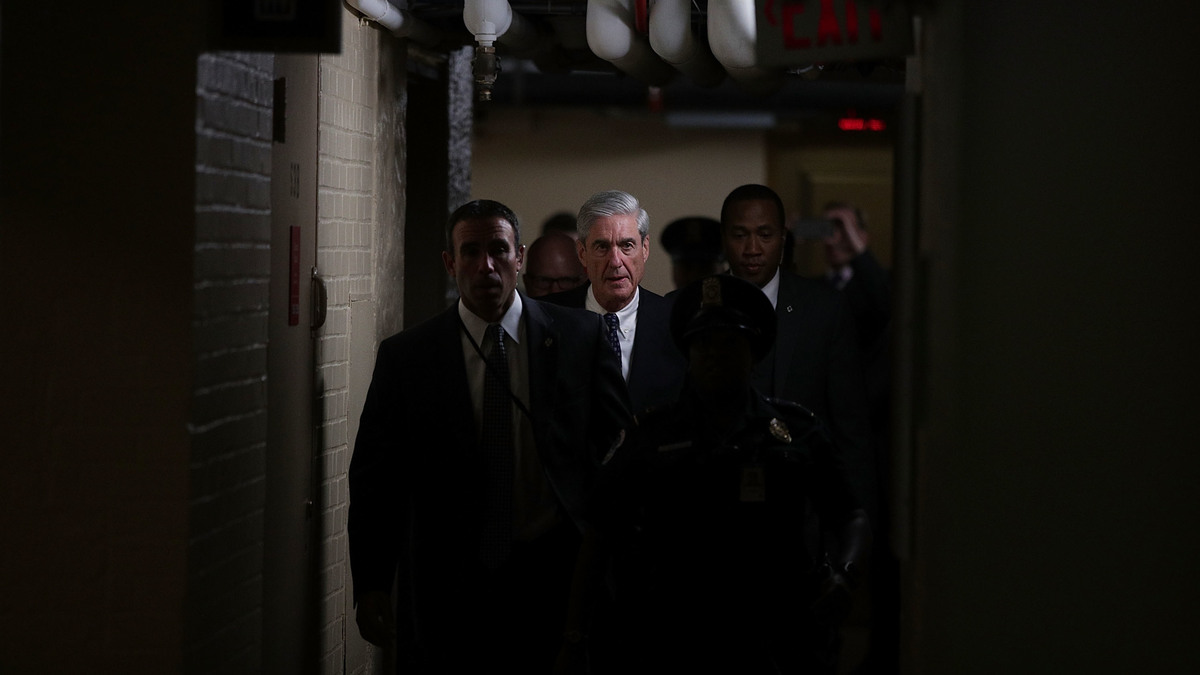 Justice Department special counsel Robert Mueller (center) leaves after a closed meeting with members of the Senate Judiciary Committee on June 21, 2017, at the Capitol in Washington, D.C.

Expectations among Democrats are sky-high as reports have emerged about special counsel Robert Mueller's investigation coming to an end.

In fact, expectations are so intense among some elderly, ill critics of the president that they say they want to try to hang on to see how the story all turns out.

As a World War II veteran, Mitchell Tendler had been part of the forces that fought Nazism.

And he lived through many historical milestones of the 20th century: the Korean War, then Vietnam, Watergate and the impeachment of President Bill Clinton.

And, in recent years, he was watching the current presidency with something bordering on obsession. Then, on Dec. 29, at the age of 93, he began feeling pain in his legs.

"I got a call at 11 o'clock. My mom said, 'Well, Dad's not feeling well — he really can't stand.' " recounted Tendler's son Walter, who lives in San Diego. "Within a couple of hours they called 911 and got him into the ER because it wasn't getting any better."

Mitchell Tendler began to fade. He had outlived two implantable defibrillators and was on his third. The devices had kept him alive but now posed a problem for the medical imaging he needed in the hospital. Doctors gave him some painkillers, and then he had a final thought.

"It just was quiet for a little while," Walter Tendler recounted, "and then he just sits up in bed halfway and looks at me and he goes, 'S***, I'm not going to see the Mueller report, am I?' And that was really the last coherent thing that he said."

For nearly two years, those who find fault with President Trump have been hanging onto hope that Mueller will produce evidence that will be damaging to the president. These expectations are so high that there are even those who in their last years are hoping to survive just long enough to see the conclusion.

"I know exactly how he feels. I feel the same way. I've been diagnosed with pancreatic cancer," he told NPR.

Armstrong is an independent who has voted for Republicans at times, including Richard Nixon in the '70s. But now he's watching Mueller with anticipation.

"I was hoping to live to see the outcome of what I think it should be — justice. I'll be surprised and disappointed if it isn't," Armstrong said.

The story about the World War II vet's last words made its way by word of mouth to Benjamin Wittes, a senior fellow at the Brookings Institution.

He tweeted it out without naming the family and was flooded by responses from Americans whose parents or grandparents had similar feelings about Mueller.

A 93-year-old WWII vet, rushed to an emergency room recently and informed he had hours to live offered the following before drifting into his terminal unconsciousness: "Shit. I'm not gonna see the Mueller report, am I?" True story.

"When I saw that tweet about the Mueller report and the old man on his deathbed, I thought, Oh my gosh, that's the kind of thing that my mother would say," said Kristina Makansi, who lives in Tucson, Ariz. Her mother died in January at the age of 94. "I think she really wanted to see that justice was done ... and that the investigation was allowed to proceed without any shenanigans and obstruction."

The voices in this story are hardly the only ones eager to see Mueller as the person who will give them the answers. Many Democrats want Mueller's investigation to lead to follow-on action.

"When it comes to Democrats the expectations are sky-high and they're looking for this to initiate further action, both of a political nature and of a legal nature against Donald Trump," said Lee Miringoff, the director of the Marist Institute for Public Opinion. "They'll be disappointed, I think, if either of those fall short."

These stories show just how much communities across America are eagerly waiting news from the special counsel — and it's even more urgent for those Americans approaching the end of their lives.