Accessibility links
Nobel Foundation Confirms It Will Award 2 Literature Prizes In 2019, With Changes A year after the Swedish Academy faced a crisis, the body "no longer includes any members who are subject to conflict of interest or criminal investigations," the Nobel Foundation says. 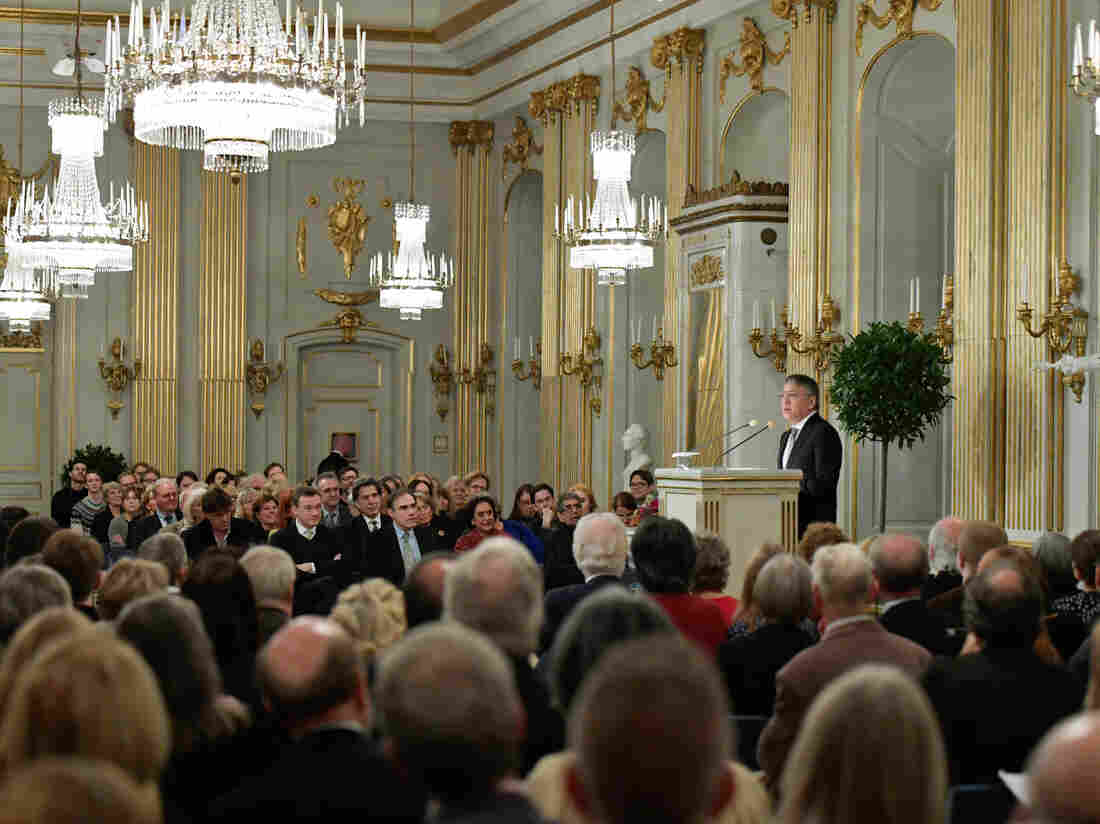 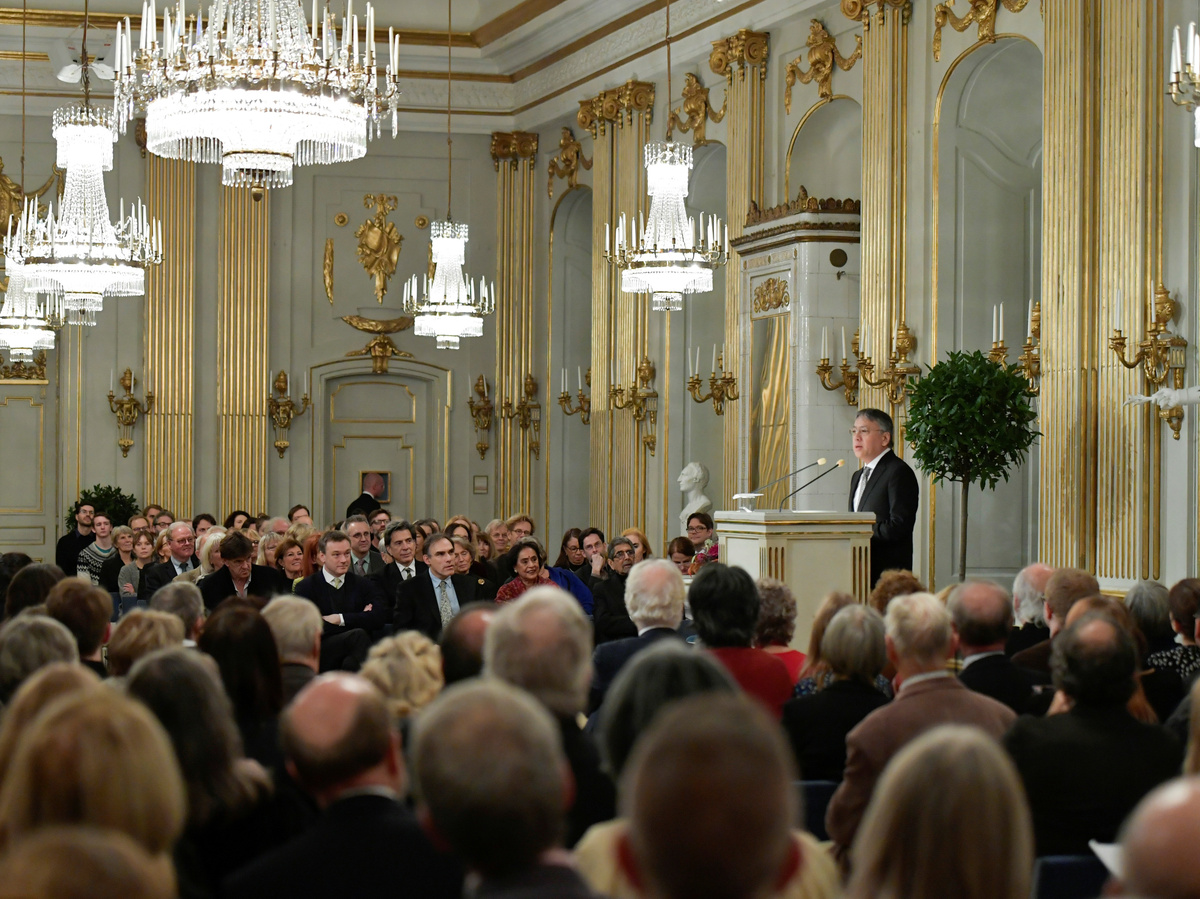 The last Nobel Prize in Literature winner was Kazuo Ishiguro, who took the honor in 2017. The Swedish Academy will award two literary prizes in 2019, the Nobel Foundation says.

The Nobel Foundation says it will award two Nobel Prizes in Literature this fall, after canceling last year's prize due to chaos from a scandal over sexual assault allegations against the husband of a Swedish Academy member. Last year, organizers said the academy had too few members and too many problems to anoint a winner.

The Nobel group said Tuesday that enough changes have been made to pick new winners with confidence, promising a rebound from 2018, when the literary prize was not awarded for the first time since World War II.

"The Academy's regulations have been amended, making it possible for members to resign," the foundation said, referring to the tangled situation from which the academy is still recovering.

Because the academy's memberships have generally been for life, it found itself in a predicament last year after several members went on leave, attempted to resign or otherwise abstained from participating in its work. The crisis led the body to clarify "loyalty obligations" for its members, including an outline of how members can either resign or be removed.

The Swedish Academy is working on how to handle "expulsion cases" in the future, the Nobel Foundation said, adding that it's also considering the idea of adding a time limit to members' terms in the academy.

For now, the academy has enough new rules and new members to resume its most famous task. And crucially, the Nobel Foundation adds, "The Academy also no longer includes any members who are subject to conflict of interest or criminal investigations."

That's a contrast from 2018, when numerous sexual assault allegations emerged against Jean-Claude Arnault, the husband of now-former Swedish Academy member Katarina Frostenson. The accusations against Arnault included claims that he had improperly touched Sweden's heir apparent, Crown Princess Victoria. And many of the allegations against him accused Arnault of abuse or attempted abuse at academy-owned properties.

In the aftermath, the academy admitted that it had been informed about Arnault's alleged sexual assault in 1996 but that it had done nothing with the information.

A Swedish court found Arnault guilty of rape last October, sentencing him to two years in prison. When he tried to reverse that ruling, an appeals court refused his claim — and found him guilty of a second rape, thereby extending his prison sentence.

In addition to criminal charges, Arnault also was accused of leaking the names of Nobel in Literature winners before they were announced, fueling public speculation that the Swedish Academy might simply have the awards stripped away from its control.

The Nobel Foundation sought to put those rumors to rest Tuesday, saying it has been in "close dialogue" with the academy and is confident that although "it will take time to fully restore confidence," the arts body now has a good chance of putting the past year behind it.

Along with the permanent changes, the Swedish Academy has also approved a new temporary system in which five independent members who are not part of the academy will be added to its Nobel Committee, which usually includes 18 members. The plan calls for the new committee to submit a joint proposal for the eventual Nobel laureate, in an arrangement that will be in place "for the next few years," the Nobel Foundation said.