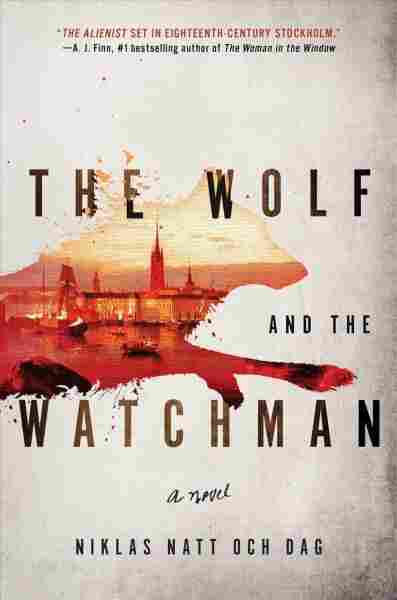 The Wolf and the Watchman

What's better than an ornate period piece with style to spare? One that includes a murder mystery. Oh, and boy is it a riveting mystery.

Niklas Natt och Dag's The Wolf and the Watchman, translated from the Swedish by Ebba Segerberg, opens with a gruesome discovery: a hideously mutilated corpse floating in a filthy lake. The victim's eyes, tongue, teeth, arms and legs have all been systematically and slowly removed. What follows is a quest to discover both the identity of the victim and of the killer.

It's the late 1700s in Stockholm, which means there's no forensic specialist to phone, and the detective work is left to Mickel Cardell, an alcoholic, disabled ex-soldier, and Cecil Winge, a consumptive lawyer. Together, they give the reader a tour of the underbelly of the city. Sordid deosn't even begin to describe the world the characters in this book navigate — picture William Hogarth's famous painting "A Rake's Progress" and Giovanni da Modena's "The Inferno" smashed together, and you'll get an idea of what to expect. There's murder and mutilation, but there are also beatings, rape, alcoholism, disease, corrupt authorities, theft, espionage, prostitution, executions and more. Game of Thrones seems sunnier than 18th century Europe.

One of the great feats of The Wolf and the Watchman is the painstaking description of this decadent world and the many careful political details which are embroidered along the page. This is, after all, a Europe in the grip of the French Revolution, and Sweden is still reeling from the effects of a failed war against Russia. Unlike other books which may be set in the past, but where the characters act like modern people, everyone in The Wolf and the Watchman feels like they belong in this era of wigs and spies, chamber pots and dung caking the streets.

The other element that makes the narrative tick is the presence of Mickel Cardell and Cecil Winge. Polar opposites — Cardell is strong and physical, while Winge is cerebral and frail — they come together because they have an innate sense of justice, and because they have nothing to lose. Two other characters — a teenage would-be doctor and an orphan girl dragged to a workhouse — eventually collide with Cardell and Winge, and while they provide interesting and gut-churning points of views, it is Cardell and Winge who ultimately ground the tale.

In a world gone mad, they are two beacons of decency and sanity, and yet they both exist at the edges of society. But how long can they continue their quest — and will they even get close to solving the mystery at the heart of the novel? The answer to this question tinges the book with an edge of anxiety, while its clever structure urges the reader forward.

A bit of Patrick Süskind's The Perfume and a bit of Sherlock Holmes, this wolf has some bite to it.