Accessibility links
Paul Manafort To Be Sentenced Thursday: What You Need To Know On Thursday, a federal judge will tell the president's former campaign chairman how much time in prison he must serve and how much money he must pay for bank and tax fraud. 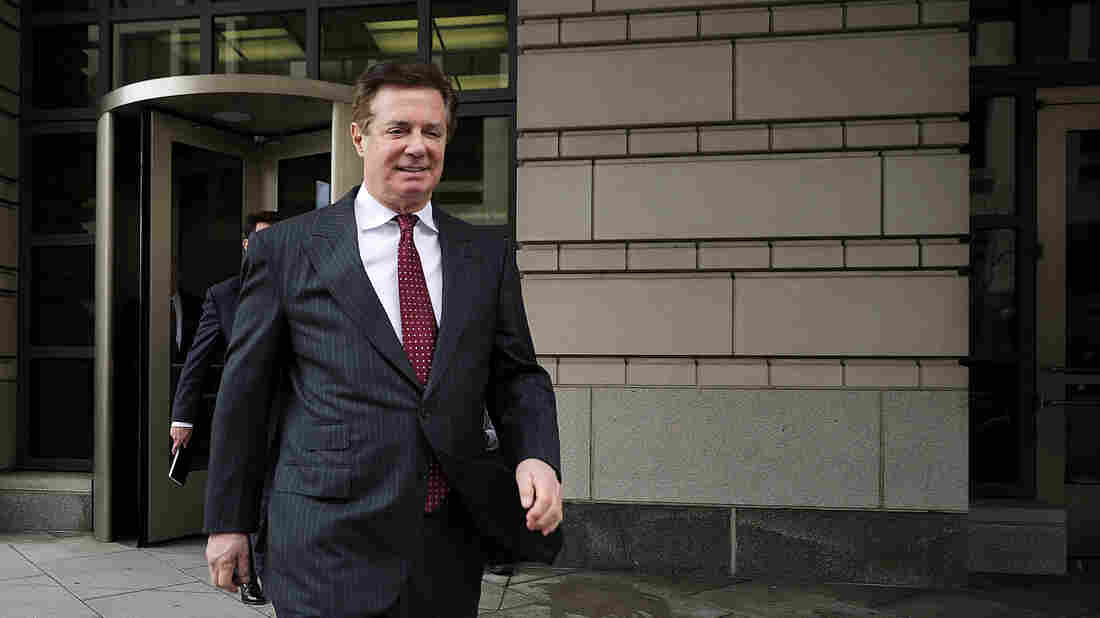 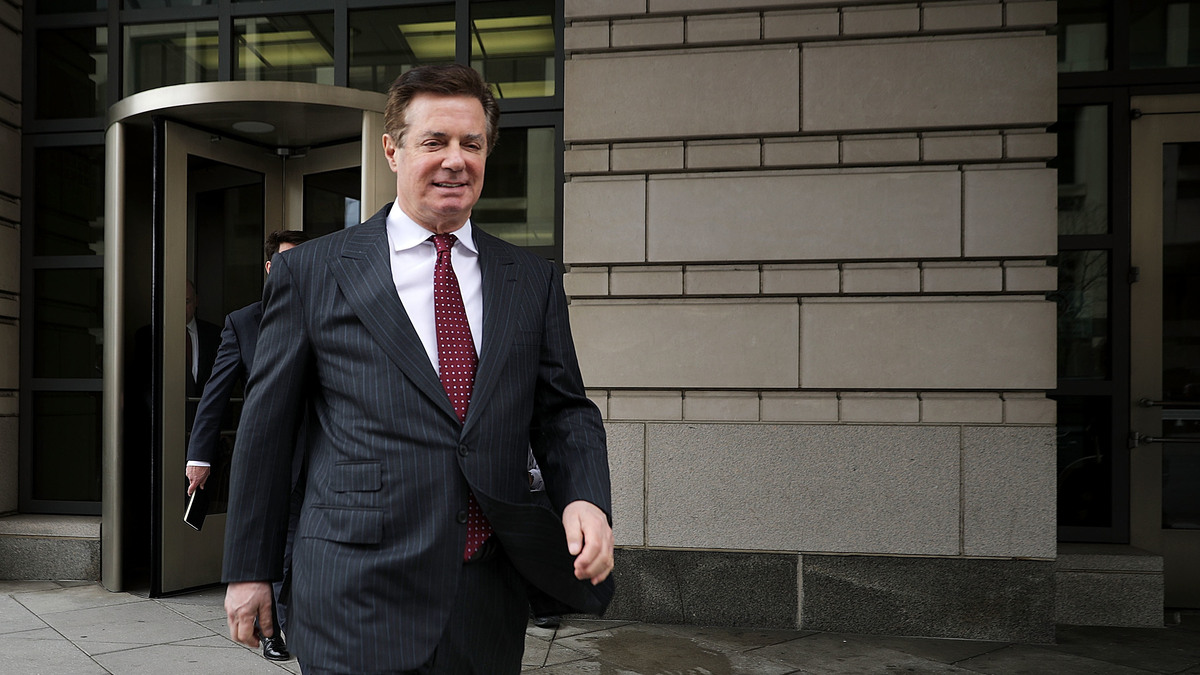 Paul Manafort is scheduled to be sentenced Thursday in a Virginia case. Here he's seen in April 2018 outside the E. Barrett Prettyman U.S. Courthouse in Washington, D.C.

On Thursday, a federal judge is scheduled to sentence Manafort for those crimes.

Manafort was found guilty on two counts of bank fraud, five counts of tax fraud and one count of failing to declare a foreign bank account. The jury did not reach a unanimous decision on 10 other charges.

The verdict marked a dramatic fall for Manafort, a savvy political operative who advised U.S. presidents as well as foreign leaders. For decades, he headlined the glitzy, big-money lobbying game in Washington and raked in tens of millions of dollars along the way.

Now Manafort faces as many as 24 years in prison and millions of dollars in financial penalties. The decision on how much to punish Manafort — who turns 70 next month — lies in the hands of Judge T.S. Ellis III.

The case against Manafort was the first — and only, so far — brought to trial by Justice Department special counsel Robert Mueller as part of his Russia investigation. The charges stem from Manafort's lobbying and consulting work — and the millions of dollars he made from it — in Ukraine. They do not directly address Russia's interference in the 2016 U.S. presidential election.

The two-week trial at the U.S. District Court in Alexandria, Va., featured boxes of evidence and testimony from more than two dozen witnesses, including Manafort's former right-hand man, Rick Gates.

Manafort Sentencing: What You Need To Know

Mueller's office has not taken a position on a specific sentence for Manafort, but it has made clear that it believes his crimes are serious and merit punishment.

"Manafort was the lead perpetrator and a direct beneficiary of each offense," the special counsel's office said in its sentencing memo. "And while some of these offenses are commonly prosecuted, there was nothing ordinary about the millions of dollars involved in the defendant's crimes, the duration of his criminal conduct, or the sophistication of his schemes."

The government says Manafort's misconduct involved more than $16 million in unreported income, more than $55 million hidden in foreign bank accounts and more than $25 million secured through lies to banks.

"Manafort did not commit these crimes out of necessity or hardship," Mueller's office said. "He was well educated, professionally successful, and financially well off. He nonetheless cheated the United States Treasury and the public out of more than $6 million in taxes at a time when he had substantial resources."

In their sentencing memo, Manafort's lawyers argue for leniency.

Their client, they said, acknowledges that he received a fair trial, accepts the jury's verdict and is "truly remorseful for his conduct."

They request a sentence "substantially below" the guideline's range of 19.5 to 24 years. He is a first-time offender, suffers from gout and other ailments, has admitted his guilt and has cooperated with prosecutors in a separate but related case in Washington, D.C., they wrote in a memo ahead of the hearing.

"The special counsel's attempt to vilify Mr. Manafort as a lifelong and irredeemable felon is beyond the pale and grossly overstates the facts before this court," his attorneys said.

The Justice Department never presented any case that Manafort had cooperated with the Russian interference in the 2016 election and yet it smeared him anyway, the memo says.

"The special counsel's conduct comes as no surprise and falls within the government's pattern of spreading misinformation about Mr. Manafort to impugn his character in a manner that this country has not experienced in decades."

Manafort's decisions, Mueller's team said, "were his own and his efforts at misdirection are further proof that he has not accepted responsibility for his criminal conduct."

Manafort pleaded guilty to two conspiracy charges in a separate but related case in Washington, D.C. He also admitted his guilt in the 10 counts in Virginia on which the jury could not reach a unanimous verdict.

Under the plea deal in Washington, Manafort agreed to cooperate with investigators. But that agreement collapsed after Manafort was found to have lied to Mueller's team.

He is scheduled to be sentenced in the Washington case next week.