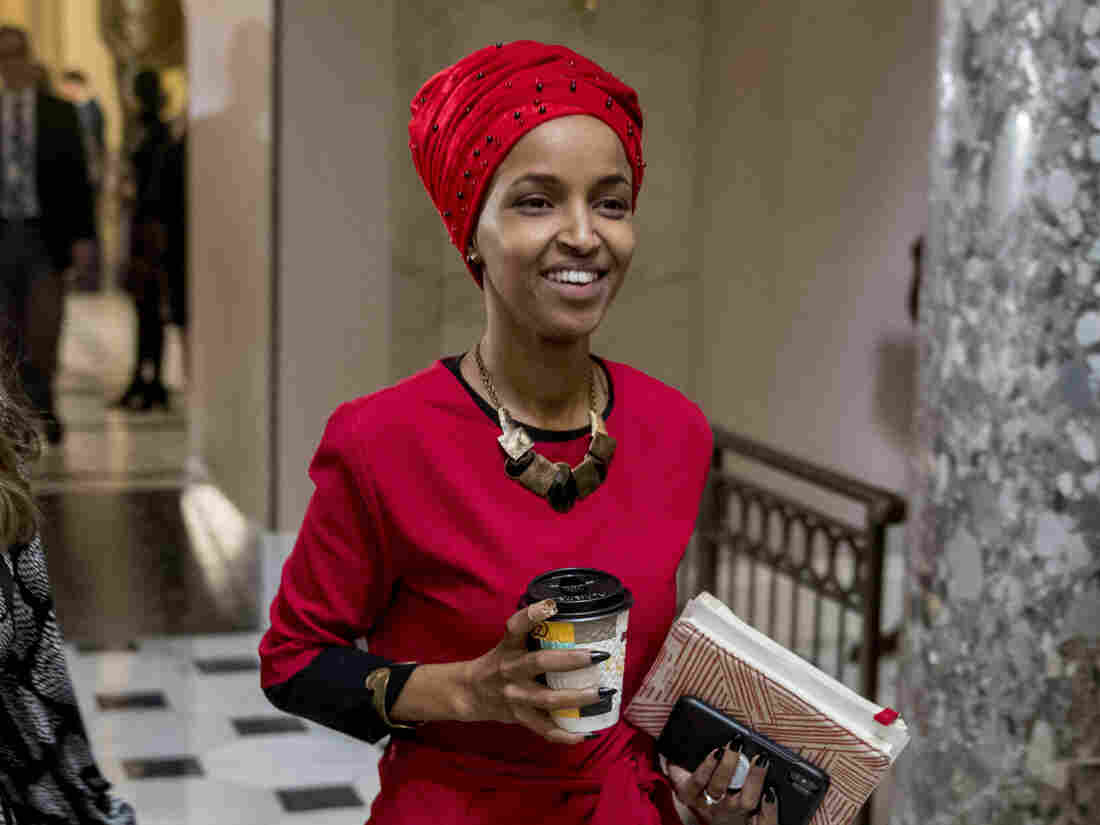 Rep. Ilhan Omar, D-Minn., walks through the halls of the Capitol Building in Washington. In Omar's Minnesota district, both Jews and Muslims voiced concern about her comments on Israel. Andrew Harnik/AP hide caption 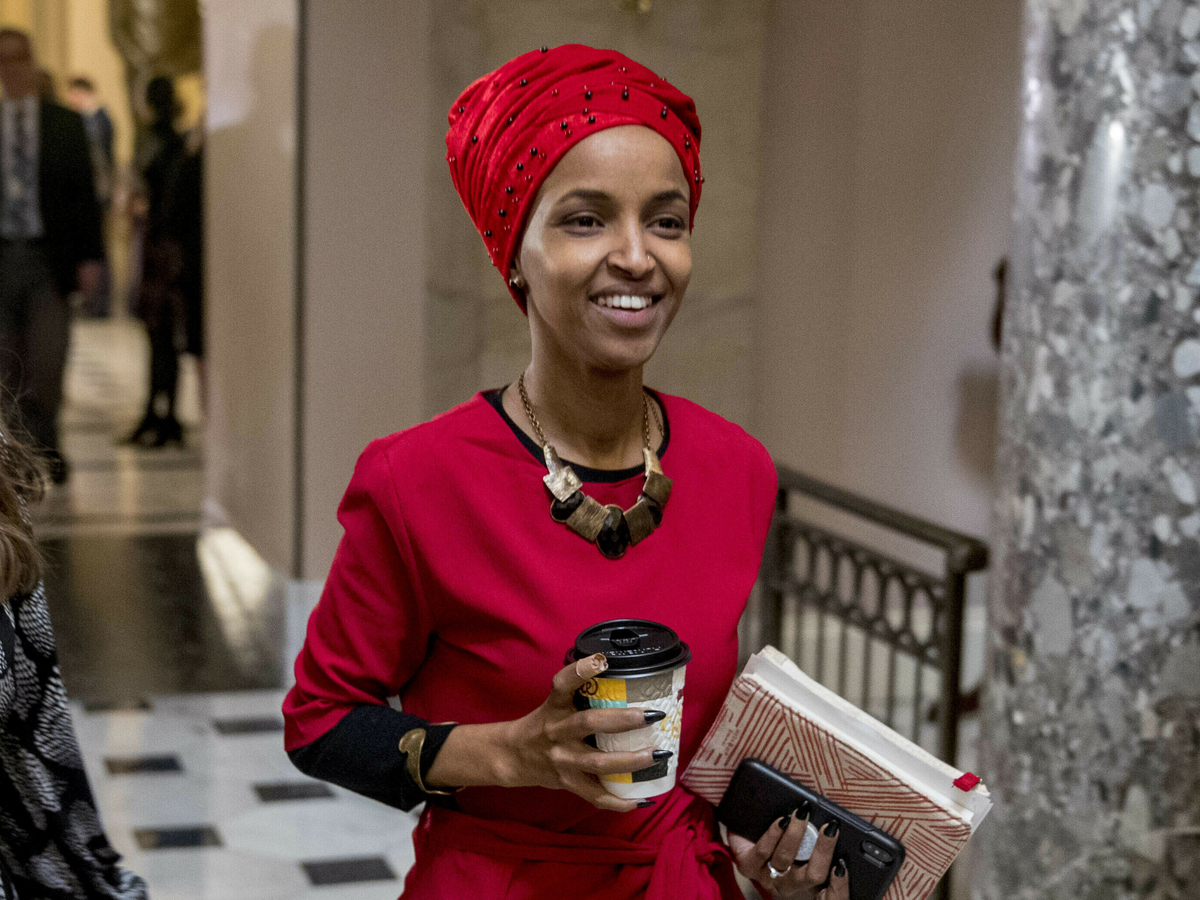 Rep. Ilhan Omar, D-Minn., walks through the halls of the Capitol Building in Washington. In Omar's Minnesota district, both Jews and Muslims voiced concern about her comments on Israel.

On Thursday, the House passed a resolution to condemn "anti-Semitism, Islamophobia, racism and other forms of bigotry" in an effort to tamp down the uproar over Minnesota Democratic Rep. Ilhan Omar's criticism of Israel.

The controversy has split the Democratic party and clouded their agenda. The resolution does not mention Omar by name but appears targeted at her recent remarks and their fallout.

This the second time the House voted on a resolution denouncing hate speech following controversial comments by Omar that lawmakers said played into anti-Semitic tropes, although she was not named in either measure.

Here's some background on the events of the past several weeks leading up to this moment, plus reactions from some of Omar's constituents in Minnesota's 5th District.

What started this controversy?

In February, Omar responded to a tweet from journalist Glenn Greenwald, who posted about House GOP Leader Kevin McCarthy threatening to punish Omar and another congresswoman for being critical of Israel.

Omar wrote back, "It's all about the Benjamins baby," a line about $100 bills from a Puff Daddy song. Critics jumped on the tweet and said Omar was calling up a negative and harmful stereotype of Jewish Americans.

In another tweet soon after, Omar named the American Israel Public Affairs Committee, or AIPAC, saying it was funding Republican support for Israel.

This tweet received bipartisan backlash, and Omar was widely accused of anti-Semitic speech.

Omar apologized and said she was learning about "the painful history of anti-Semitic tropes" but held onto her criticism of AIPAC's lobbying.

The latest controversy comes from Omar's remarks at an event at a Washington bookstore called Busboys and Poets last week. The comment in question refers to the weeks of controversy that followed Omar's earlier criticism:

"I want to talk about the political influence in this country that says it is OK for people to push for allegiance to a foreign country. I want to ask why is it OK for me to talk about the influence of the NRA (National Rifle Association), of fossil fuel industries or Big Pharma, and not talk about a powerful lobbying group that is influencing policies?"

Again, Omar was accused of anti-Semitism.

Why are people taking offense to the bookstore comments?

Critics including Steve Hunegs, executive director of the Jewish Community Relations Council of Minnesota and the Dakotas, said Omar was suggesting Jews have "dual loyalty" in this case for the U.S. and Israel.

"Accusing Jews of harboring dual loyalty has a long, violent, sordid history," he said on MPR News' Morning Edition on Tuesday. "It's the standard fare of [then-Ku Klux Klan leader] David Duke. It's difficult and dangerous because it evokes the Jews as the malevolent other, conspiring against society."

Omar has, so far, stood by her remarks and said she is simply criticizing Israel. 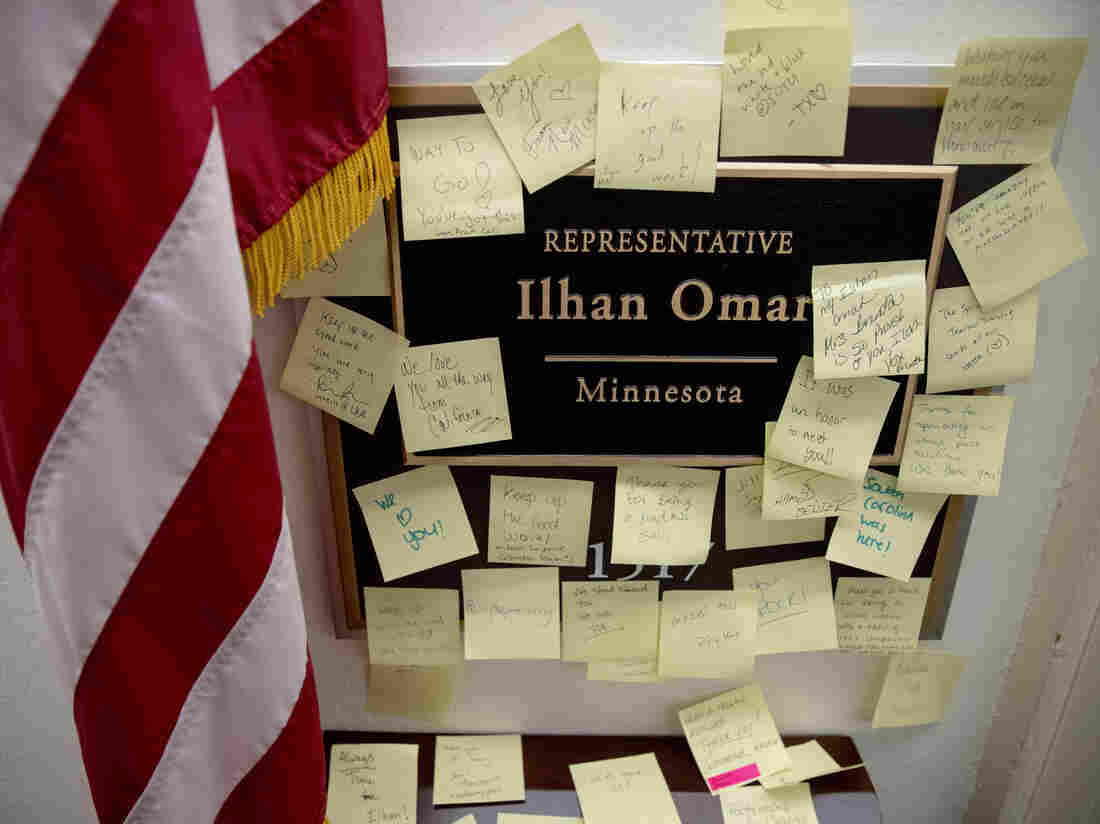 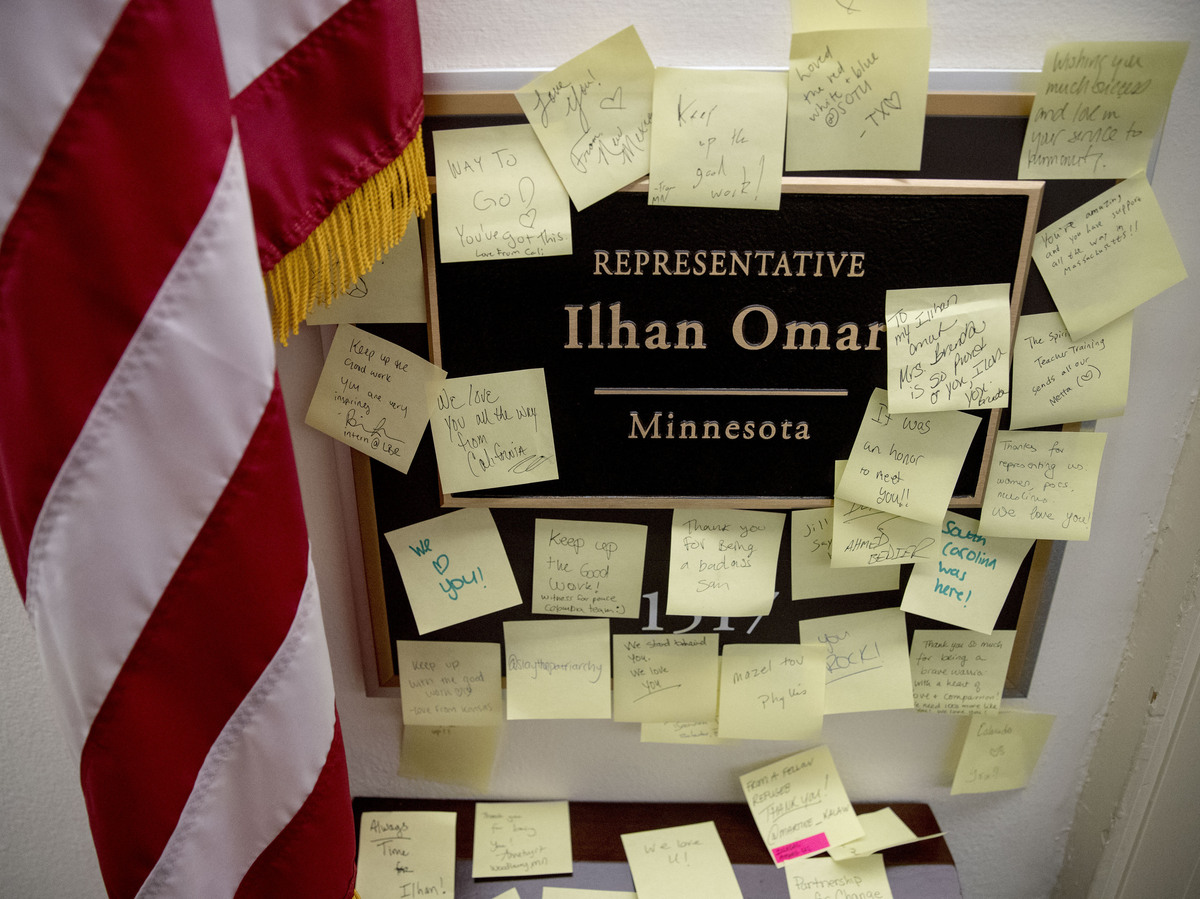 "Being opposed to [Israeli Prime Minister Benjamin] Netanyahu and the occupation is not the same as being anti-Semitic. I am grateful to the many Jewish allies who have spoken out and said the same," Omar wrote on Twitter.

What are people supporting Omar saying?

Many supporters of Omar are saying she's opening up a crucial debate on Israel and its treatment of Palestinians.

A new organization, Jews With Ilhan, sums up a common argument on its website:

"There is absolutely nothing anti-Semitic about calling out the noxious role of [the American Israel Public Affairs Committee], which spends millions each year to buy U.S. political support for Israeli aggression and militarism against the Palestinian people."

Some people also believe Omar's identity as a Muslim woman in Congress is making her an unfair target of criticism.

.@IlhanMN's strength inspires me and so many. She is being targeted just like many civil rights icons before us who spoke out about oppressive policies. As she uplifts my Sity and other Palestinians in the name of justice and peace, she shows us real courage. https://t.co/IItiZ8nkpt

Omar and fellow freshman Rep. Rashida Tlaib, a Michigan Democrat, are the first two Muslim women elected to Congress. Some of their supporters point out that they've been subject to criticism over their views on Israel while others haven't.

How are Omar's constituents responding?

Omar won 78 percent of the vote in the highly Democratic district in the 2018 election.

The district is mostly urban, made up of Minneapolis and some of its suburbs to the north, south and west.

Patrick Scully, 65, is a performing artist in Minneapolis and an Omar constituent. He said it's absurd for President Trump to criticize Omar for alleged bigotry given the president's track record.

Scully said it's unfair to pass a resolution essentially criticizing Omar for her remarks when other members of Congress have clearly made bigoted remarks but avoided criticism.

"When a resolution is brought forth to basically criticize the representative for her remarks, I have to ask myself, 'Is everybody on that level in Washington being held to the same standard?' And it does not seem to me that that is the case," Scully said.

Dan Israel, an Omar constituent from St. Louis Park, said he is troubled by what he views as a pattern of anti-Semitic comments by the congresswoman. He also said it's not hard to criticize the state of Israel without being anti-Semitic.

"I absolutely welcome criticism of Israel," Israel wrote in a submission to MPR News' Public Insight Network. "It should not be taboo to criticize Israeli government policies. However, it is not OK to traffic in classic anti-Semitic tropes about Jews and money and power when making those criticisms."

Aaron Albertson, a 5th District resident, wrote to the Public Insight Network that he appreciates Omar's position: "[I'm] grateful that I have a brave representative who is willing to criticize not just the Israeli government but also the U.S. governmental system of which she is a part."