Accessibility links
French Cardinal Barbarin Covered Up Abuse Accusations Against Priest, Court Says Cardinal Philippe Barbarin — one of France's most prominent Catholic officials — says he will offer his resignation to Pope Francis in a few days. 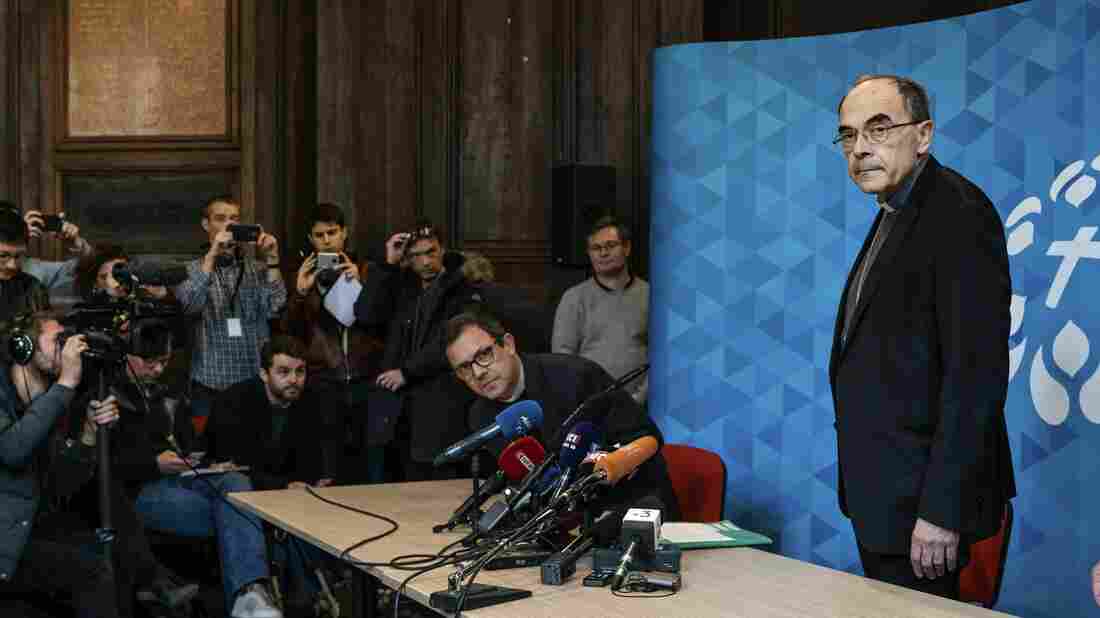 French Cardinal Philippe Barbarin said he will offer his resignation to Pope Francis after a court found him guilty of failing to report to authorities allegations of sexual abuse by a priest. Laurent Cipriani/AP hide caption 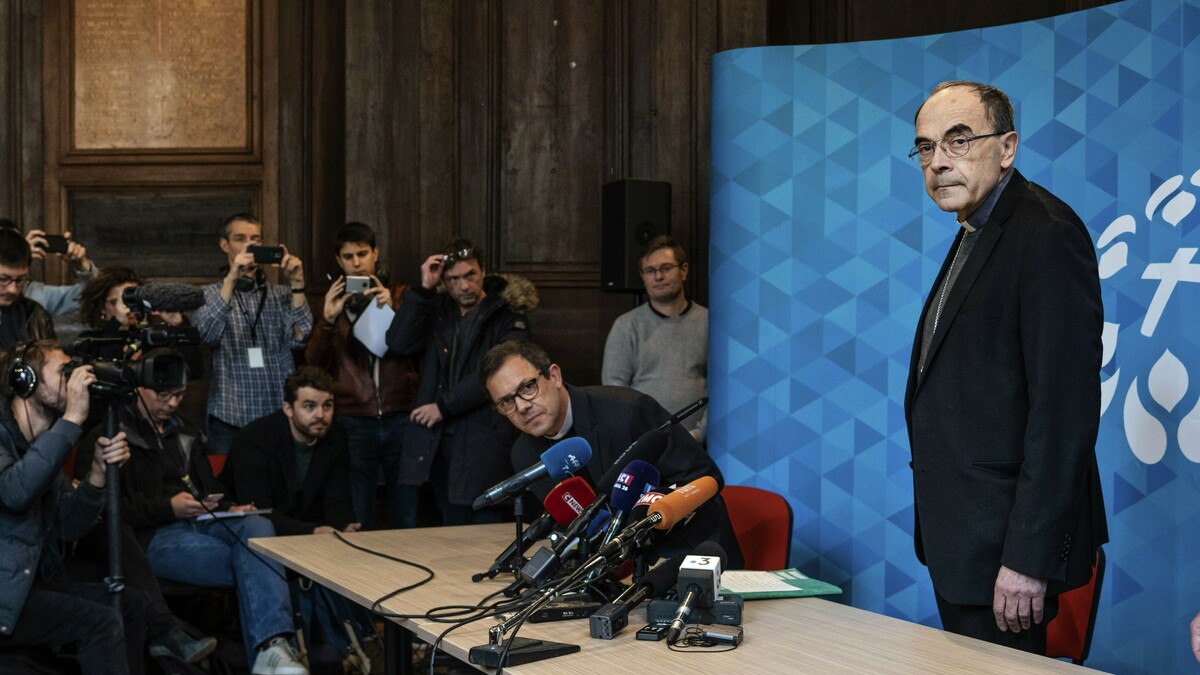 French Cardinal Philippe Barbarin said he will offer his resignation to Pope Francis after a court found him guilty of failing to report to authorities allegations of sexual abuse by a priest.

A court in Lyon, France, has convicted Cardinal Philippe Barbarin — one of France's most prominent Catholic officials — of not reporting accusations of deprivation or sexual abuse of Boy Scouts by a priest in his diocese.

After the ruling, Barbarin said he would offer his resignation to Pope Francis. Separately, his lawyer said he also would appeal the court's guilty verdict.

The criminal court in Lyon sentenced Barbarin to a six-month suspended prison sentence — a decision that shocked many who followed the high-profile trial. The case's prosecutors had not sought a prison sentence for Barbarin, and the victims also said they didn't expect a conviction, in part because some of the crimes in question had lapsed due to the statute of limitations.

Brigitte Verney, president of the Lyon Criminal Court, said Barbarin had failed to fulfill an important obligation between 2014 and 2015. In a partial transcript quoted by Le Progres, the court ruled that while the cardinal was in a unique position to collect key information and do something about sexual abuse allegations, Barbarin "made the choice in conscience, to preserve the institution to which he belongs, not to transmit them to justice."

Barbarin, 68, was snared by a case involving the now-notorious Father Bernard Preynat, who has reportedly acknowledged abusing Boy Scouts in the 1970s and '80s. He is under indictment, still awaiting trial.

The first abuse claim against Preynat was made in 1991; since then, dozens of victims and their families have spoken out and formed a victims support group.

Barbarin became archbishop of Lyon in 2002; Preynat retired in 2015. Preynat's alleged victims say Barbarin had let the priest continue to have contact with children despite longstanding allegations against him.

The case also has touched the Vatican — which invoked diplomatic immunity last October, when it refused to officially notify Cardinal Luis Ladaria, prefect of the Congregation for the Doctrine of the Faith, of the Lyon court's summons for him to testify. French police had found a letter from Ladaria — written when he was the CDF secretary — in which he told Lyon's archbishop to discipline Preynat "while avoiding public scandal."

In his role at the CDF, Ladaria is the Vatican's top official for sex abuse cases.

Delivering a brief statement after Thursday's verdict, Barbarin reiterated that he has compassion for the victims in the case. He also said he would go visit the pope "in a few days."