Accessibility links
Woman Wins $10,000 For Reading Fine Print Some companies give away money as a reward for reading the fine print in online user agreements. Others impose biblical punishments for not reading it. 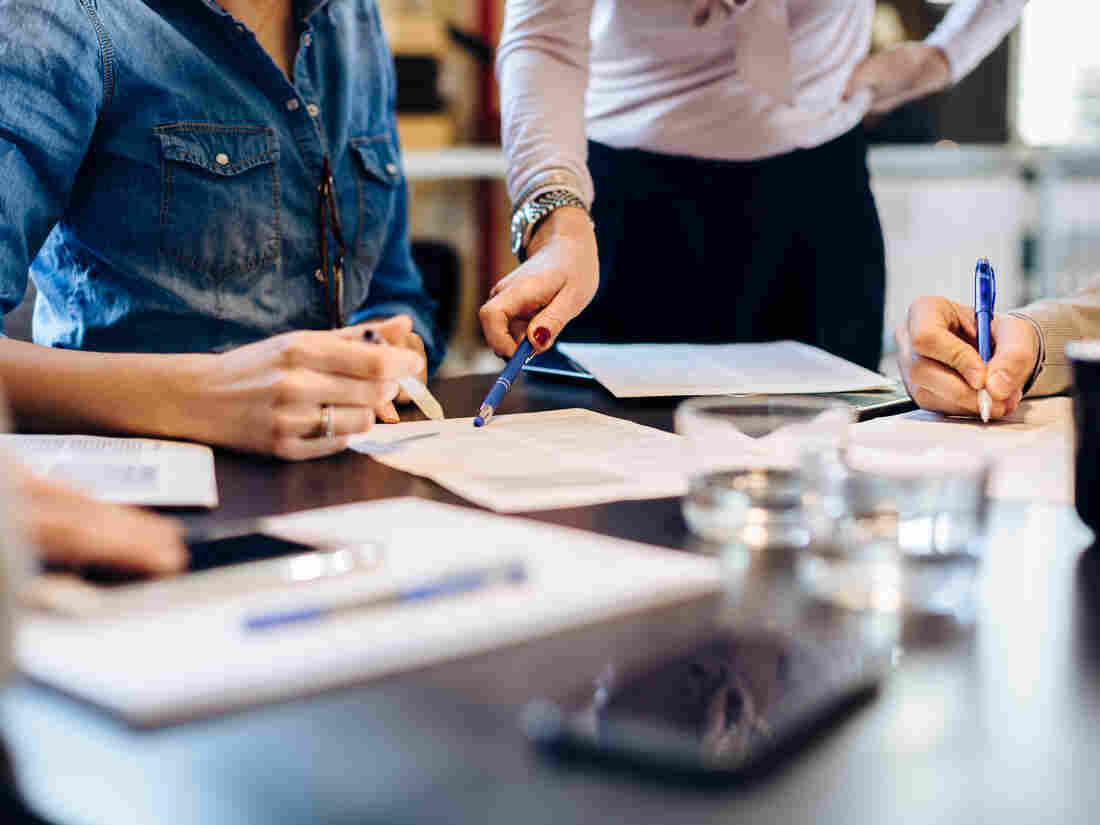 Most of us ignore the fine print. But one woman who didn't earned herself $10,000. Others have found themselves on the losing end of a contract they didn't bother to read. Sofie Delauw/Getty Images/Cultura RF hide caption 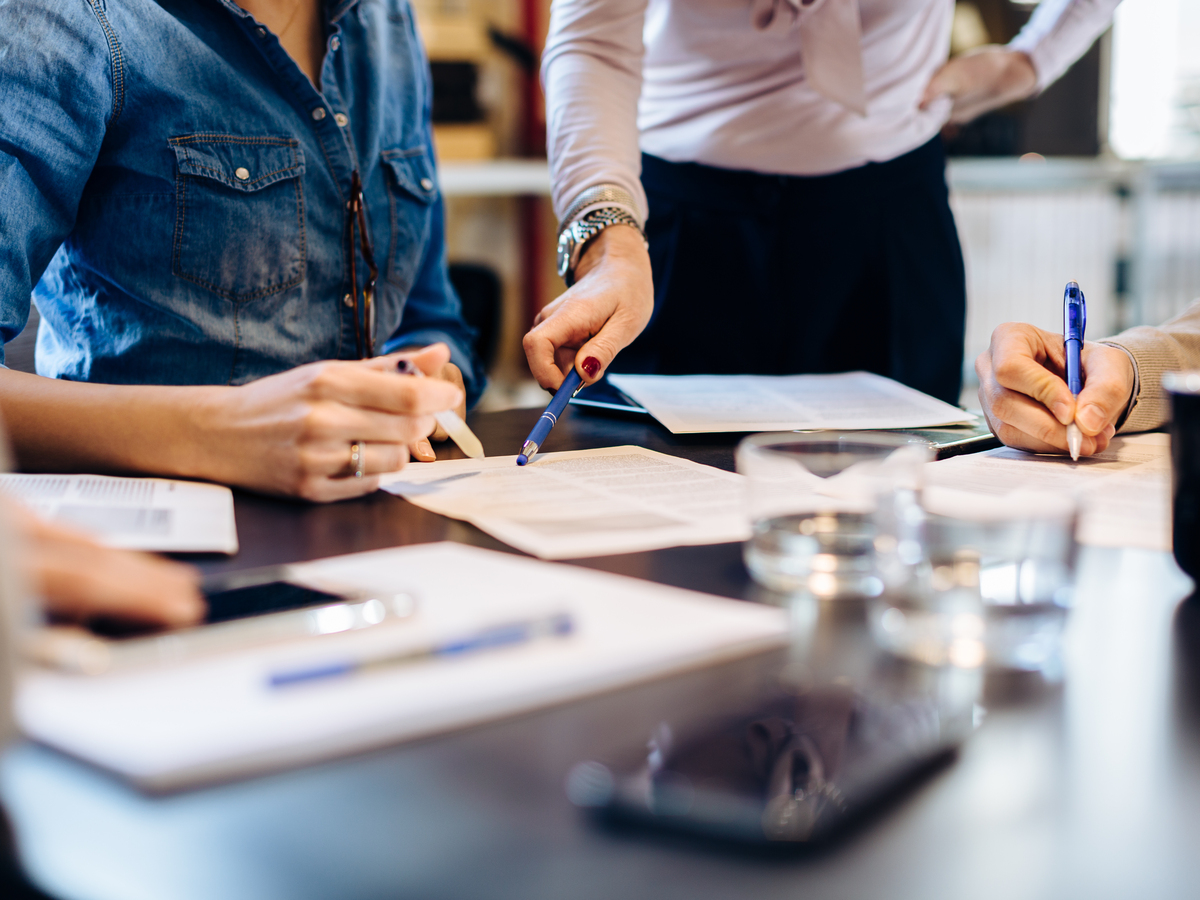 Most of us ignore the fine print. But one woman who didn't earned herself $10,000. Others have found themselves on the losing end of a contract they didn't bother to read.

Nobody reads the fine print. But maybe they should.

Georgia high school teacher Donelan Andrews won a $10,000 reward after she closely read the terms and conditions that came with a travel insurance policy she purchased for a trip to England. Squaremouth, a Florida insurance company, had inserted language promising a reward to the first person who emailed the company.

Not every company is so generous. To demonstrate the importance of reading the fine print, many companies don't give; they take. The mischievous clauses tend to pop up from time to time, usually in cheeky England.

In 2017, 22,000 people who signed up for free public Wi-Fi inadvertently agreed to 1,000 hours of community service — including cleaning toilets and "relieving sewer blockages," the Guardian reported. The company, Manchester-based Purple, said it inserted the clause in its agreement "to illustrate the lack of consumer awareness of what they are signing up to when they access free wifi."

A few years earlier, several Londoners agreed (presumably inadvertently) to give away their oldest child in exchange for Wi-Fi access. Before they could get on the Internet, users had to check a box agreeing to "assign their first born child to us for the duration of eternity." According to the Guardian, six people signed up, but the company providing the Wi-Fi said the clause likely wouldn't be enforceable in a court of law. "It is contrary to public policy to sell children in return for free services," the company explained.

And on April Fool's Day in 2010, the British retailer GameStation inserted a new clause into its license agreement, with a check box already ticked. If users didn't uncheck the box, they agreed to grant GameStation "a non transferable option to claim, for now and for ever more, your immortal soul." GameStation said that if it chose to exercise the soul transfer, it would serve notice in 6-foot-high letters of fire.

Luckily, GameStation offered a way to get out of that clause. "If you a) do not believe you have an immortal soul, b) have already given it to another party, or c) do not wish to grant Us such a license, please click the link below to nullify this sub-clause and proceed with your transaction." Those who did click the link were rewarded with a voucher.

Other companies simply have fun with their fine print.

Most online agreements limit use by children younger than 13, but Tumblr's agreement goes further, anticipating a preteen's pushback: "'But I'm, like, almost old enough!' you plead. Nope, sorry. If you're not old enough, don't use Tumblr. Ask your parents for a Playstation 4, or try books."

And in its community guidelines document, after warning that impersonation is not permitted, Tumblr elaborates: "While you're free to ridicule, parody, or marvel at the alien beauty of Benedict Cumberbatch, you can't pretend to actually be Benedict Cumberbatch."

In Section 57.10 of Amazon's AWS agreement, people who use Amazon's "Lumberyard" game development engine promise they won't use it to operate systems that could put someone's life in danger, such as aircraft or autonomous vehicles. So far, so good. Amazon says that section doesn't apply, however, if the U.S. Centers for Disease Control certifies the existence of "a widespread viral infection transmitted via bites or contact with bodily fluids that causes human corpses to reanimate and seek to consume living human flesh, blood, brain or nerve tissue and is likely to result in the fall of organized civilization."

MailChimp is more direct: "We won't be held liable for any delays or failure in performance of any part of the Service, from any cause beyond our control." Such causes may include "fires, earthquakes, nuclear accidents," and "zombie apocalypse."

The Apple iTunes end-user agreement mysteriously contains a clause prohibiting its use to construct weapons of mass destruction. "You will not use these products for any purposes prohibited by United States law, including, without limitation, the development, design, manufacturer, or production of nuclear, missile, or chemical or biological weapons," the agreement reads.

It is unclear how one might use iTunes to construct such weapons.

So this is how they got him. Kim Jong-un uses an iMac so probably iTunes as well... This must be what Trump meant when he talked about North Korea already agreeing to full denuclearization before the summit. pic.twitter.com/sWMXkypux0

Some have pushed back on onerous terms and conditions that "no one reads" yet "continue to be the legal backbone of the internet." In an editorial last month, The New York Times criticized what it called "the legal fiction of consent," suggesting that people have unwittingly signed away their privacy rights to big Internet companies.

"Americans deserve strong privacy protections," the editorial board wrote. "Consent is not enough to replace them. The clicks that pass for consent are uninformed, non-negotiated and offered in exchange for services that are often necessary for civic life."