Accessibility links
U.S. Economy Loses Steam, Adding Only 20,000 Jobs; Unemployment 3.8 Percent The economy added far fewer jobs than expected in February, a slowdown from much stronger gains in December and January. But the jobless rate fell to 3.8 percent, and earnings growth picked up. 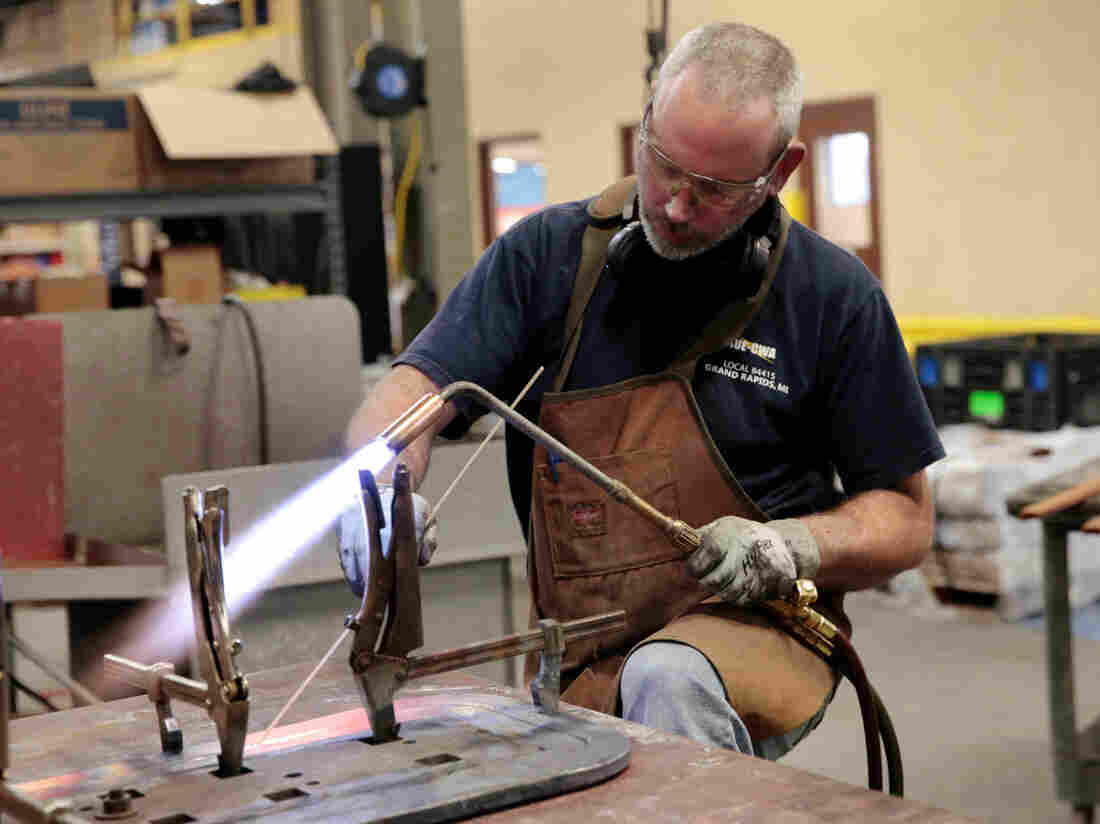 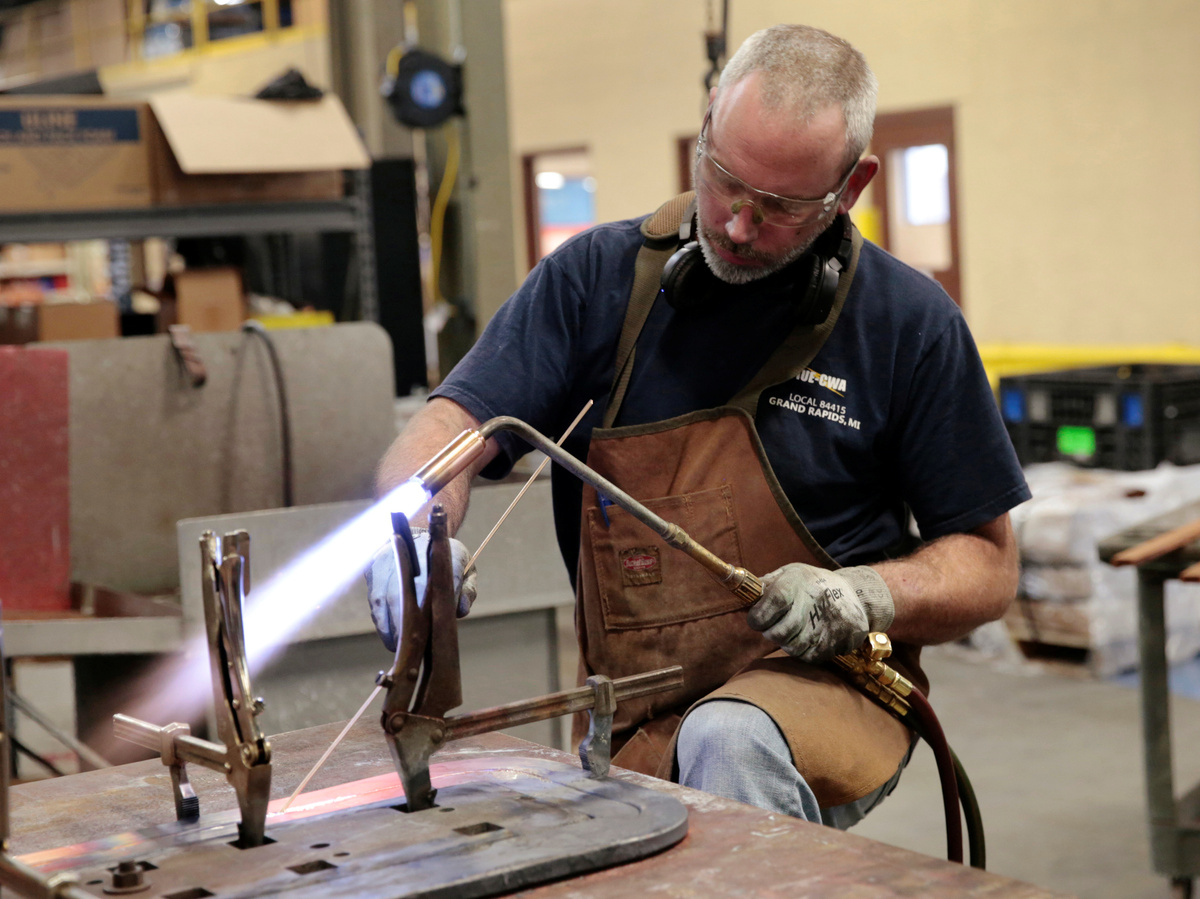 Nate Poort works on braizing loops together for transformers at RoMan Manufacturing in Grand Rapids, Mich., on Dec. 12, 2018.

The U.S. economy added only 20,000 jobs — far fewer than expected — last month, the Labor Department said Friday. But the unemployment rate fell to 3.8 percent from January's 4 percent, and earnings growth picked up.

The increase in jobs was below the 180,000 projected by private analysts and the smallest gain since September 2017. February's increase was dramatically smaller than January's revised gain of 311,000 and December's revised 227,000.

Average earnings in February were 3.4 percent higher than a year earlier, growing to $27.66 per hour. That's a noticeable pickup from January's year-over-year gain of 3.1 percent. Economists have been looking for signs that wages are growing more given the low unemployment rate and employers finding it difficult to fill positions.

The drop in the unemployment rate to 3.8 percent in part reflected the return of federal workers who were furloughed in January because of the partial government shutdown, the Labor Department said.

Heidi Shierholz, senior economist and policy director at the Economic Policy Institute and a former chief economist at the Labor Department, tweeted that the 20,000 increase in jobs last month is not necessarily a sign that a recession is coming.

"One month does not make a trend," she wrote. "One reason for the February weakness was harsh weather, depressing job growth in construction, hotels, and restaurants."

PEOPLE! Yes only 20k jobs were added in February but please do not start freaking out about a recession. One month does not make a trend. One reason for the February weakness was harsh weather, depressing job growth in construction, hotels, and restaurants. #JobsReport

Leisure and hospitality jobs were unchanged after growing a combined 154,000 in the prior two months. But professional and business services added 42,000 jobs in February, and health care grew by 21,000.

Economist Sung Won Sohn said economic growth is slowing down as the recovery is approaching its 10th anniversary. "To be sure, the aches and pains associated with the aging economic recovery are beginning to show up," he said. "The unemployment rate ... is in the process of bottoming."