Accessibility links
Campaign Finance Overhaul Bill Passes House, But No Senate Vote Planned Senate Majority Leader Mitch McConnell has made it clear, however, that the bill is going nowhere in the Senate. 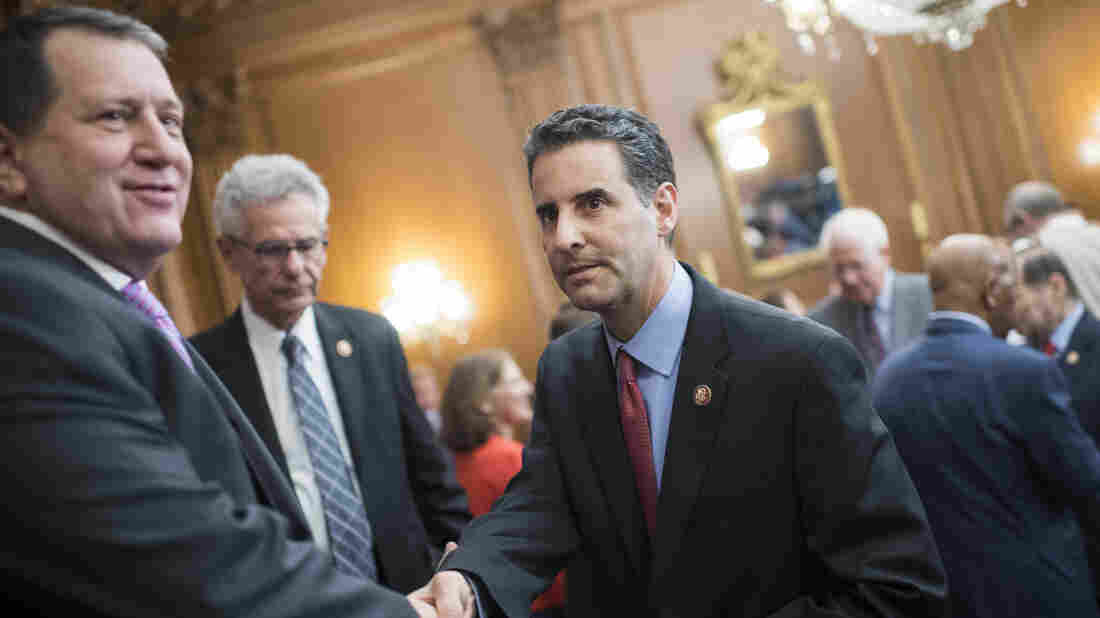 Rep. John Sarbanes, D-Md., (center of photo) is the lead author of the For The People Act that passed in the House on Friday. Tom Williams/CQ-Roll Call Inc. via Getty Images hide caption 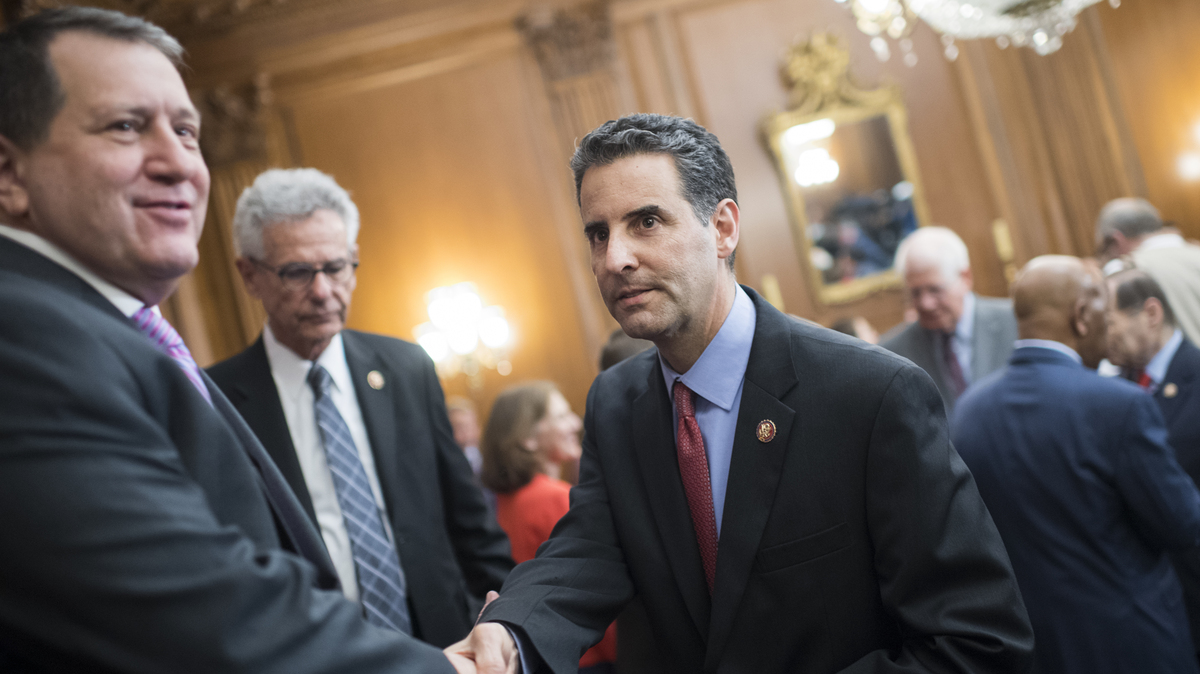 Rep. John Sarbanes, D-Md., (center of photo) is the lead author of the For The People Act that passed in the House on Friday.

The House passed an extensive bill Friday that would overhaul the way Americans vote and take aim at the money currently flowing through the U.S. political system.

The bill was dubbed the "For The People Act" by House Democrats who want election accessibility and weeding out corruption to be core tenets of their majority agenda the next two years. The bill passed along straight party lines, 234-193.

"For months, for years, really for decades, millions of Americans have been looking at Washington and feeling like they've been left behind," said Rep. John Sarbanes, D-Md., the lead author of the bill. "Too many Americans have faced this challenge where getting to the ballot box every two years is like getting through an obstacle course."

House Democrats gathered on the Capitol steps moments before the vote to celebrate the impending passage.

The more than 500-page bill would require all states to offer automatic voter registration, make Election Day a federal holiday, and institute independent redistricting commissions to draw congressional districts as a way to end partisan gerrymandering.

State election officials have traditionally pushed back on federal efforts to control election administration, and a number of secretaries of state voiced displeasure at an annual meeting earlier this year that House Democrats did not reach out to them in writing the bill.

The bill would also require nonprofit organizations to disclose their large donors, taking aim at the "dark money" currently funding some political campaigns.

But Senate Majority Leader Mitch McConnell, R-Ky., has made it clear he does not plan to give the bill a vote in his chamber, therefore effectively killing it.

Republicans have been calling the bill the "Politician Protection Act" and the "For The Politicians Act" and have specifically called foul on a matching provision in the bill that would heavily subsidize House campaigns that agree to accept small donations only.

"We know this bill is not going to be signed into law," said Illinois Rep. Rodney Davis, the ranking Republican on the House subcommittee on elections, on the House floor before the vote. "This bill is nothing but a bill that is for loading billions of billions of dollars into the coffers of members of Congress."

House Minority Leader Kevin McCarthy, R-Calif., also raised the fact that the bill does not address "ballot harvesting," or the collecting and returning of vote-by-mail ballots by a third-party.

The practice was used as part of an absentee ballot scheme that resulted in the North Carolina State Board of Elections calling a new election in the state's 9th District. But many election officials and experts don't see the collection of mail ballots as an issue in and of itself.

Speaker of the House Nancy Pelosi said Democrats wouldn't be deterred by Republicans' unwillingness to take up the bill in the Senate.

"[The bill] restores the people's faith that government works for the people's interest, not the special interests," Pelosi said. "Let us be very clear, this is a fight we are taking a vote on today but it is a fight we will not end until we win it."

The bill's passage was a welcome victory for Democrats, who spent much of the week dealing with infighting and disagreement among members over comments by Rep. Ilhan Omar, D-Minn., that were seen by some as anti-Semitic.

The House passed a resolution Thursday to condemn "anti-Semitism, Islamophobia, racism and other forms of bigotry," and Pelosi made a point in her comments Friday to specifically thank freshman members for "all the difference they are making for the people."

A previous version of this article incorrectly referred to Rep. Ilhan Omar as a representative of Michigan. She represents Minnesota's 5th District.