Accessibility links
Not My Job: We Quiz 'Black Panther' Designer Ruth E. Carter On Garfield Carter recently won the Oscar for Best Costume Design for her work on the movie Black Panther, so we've invited her to answer three questions about a grumpy, orange panther (of sorts). 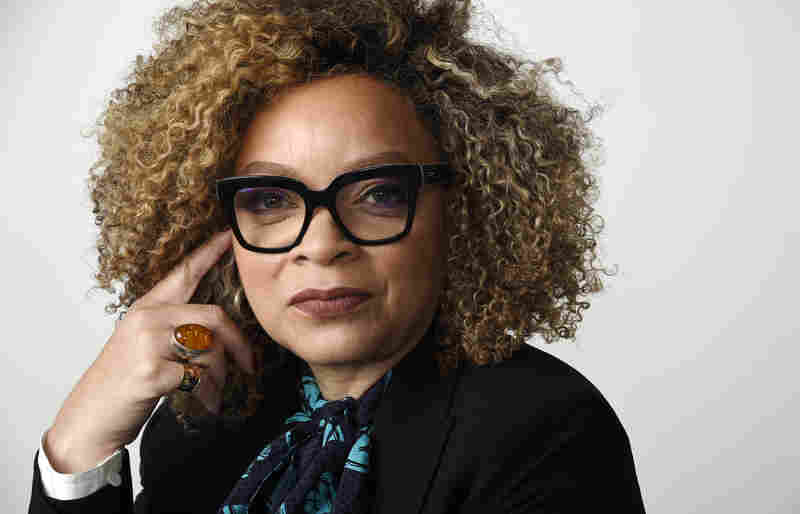 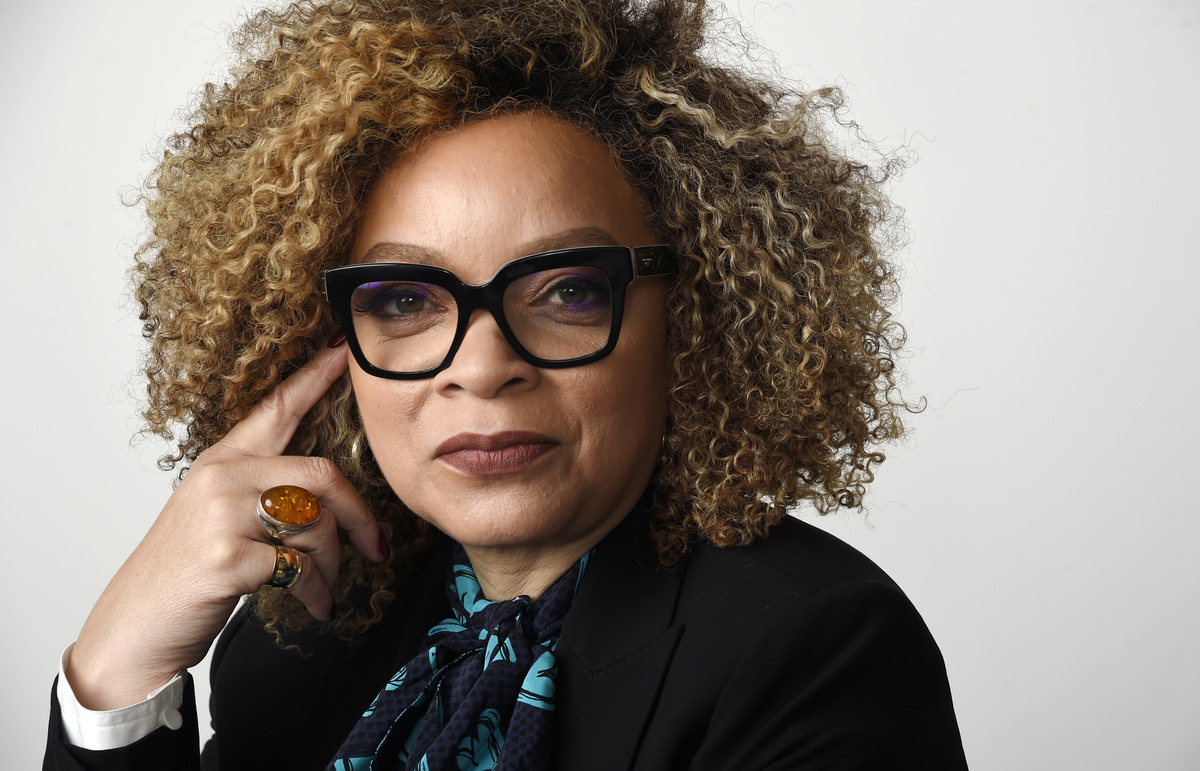 Ruth E. Carter recently won the Academy Award for Best Costume Design for her work on the movie Black Panther, so we've invited her to play a game called "I hate Mondays" — three questions about Garfield, a very grumpy, inexplicably beloved, orange panther (of sorts).

And now the game where we ask somebody who has won it all to win something small. The Academy Awards a few weeks ago made history not because the ceremony didn't have a host, not because it featured Lady Gaga and Bradley Cooper conceiving a child on national TV.

SAGAL: No - because for the first time ever, African-American women won Oscars in categories other than acting. We are delighted to be joined by one of them now - the Academy Award winner for her costume design in the movie "Black Panther," Ruth E. Carter. Welcome to WAIT WAIT... DON'T TELL ME.

SAGAL: First of all, congratulations on the Oscar win. Have you gotten over it, or are you still sort of abuzz? You walk around holding it all day?

SAGAL: Now, you were nominated a bunch of times before, so were you surprised when you finally won? Or you were, like, it's my turn.

CARTER: It's been 21 years since the last nomination.

CARTER: Yeah. I was like, man, if this is going to take 21 years each time, I'd better grab this now.

SAGAL: Now, you're the first costume designer we've ever talked to, so I just wanted to go over some basic stuff. So you're the costume designer for a film. Do you ever have to deal with, like, actor egos? Like, you pick out the perfect costume for a particular character - and, like, I'm not going to wear that.

CARTER: You know, I guess you deal with actors' egos on a different level. You know, sometimes they say, you know, I can't wear that color, you know, or - but because we're discovering a character, we are both kind of contributing to the conversation.

ADAM FELBER: Right. So you have to occasionally just say, yes, so maybe your character has a bigger butt...

SAGAL: I'm - it's amazing to me that in addition to everything else you have to do, you have to pretend to listen to actors. I'm sorry.

PETER GROSZ: That would be a great class - psychology for dealing with actors.

SAGAL: So let's get to the fun stuff, which is a movie like "Black Panther" - comic book movie, fictional, fantastical science fiction country. You are, like, the most qualified person to ask about something that I've always thought, which is that a great problem for making comic book movies is that, unlike in comic books, people wearing superhero suits in real life essentially look dumb.

CARTER: Yeah. Because they don't realize there's a whole process to making that thing. You just don't go to the store, get some spandex and sew it up.

SAGAL: So you have to - I mean, because, you know, I grew up when we were watching, like, dumb superhero shows on TV like "Batman," and people just looked dumb.

SAGAL: So how do you make it so, like, the Black Panther when he's in his superhero suit running around doesn't look dumb?

SAGAL: What do you mean?

CARTER: Well, we take a Vac-u-form kind of mannequin version of Chadwick Boseman's real body form, and we add the clay to his muscles, and we form a superhero kind of physique.

SAGAL: Are you telling me that that's...

SAGAL: That's not all Chadwick Boseman under there.

CARTER: No. And so it doesn't matter how much muscle milk you drink. You're never going to be a superhero. You've got to have some clay muscles...

SAGAL: ...Is just like those padded things that the kids have...

CARTER: Yeah, listen. Don't do this at home, kids. It's not as exaggerated it as you might think. It's just a little - you know, because we don't want to - you know, to really make this an outfit...

GROSZ: It's like Spanx, but in the other direction...

GROSZ: ...Pushes things out instead of sucking it in.

CARTER: It's just a little help. It's just more shoulders...

FELBER: When you make my suit, I want more than a little help.

GROSZ: You are going to win more than an Oscar if you make us look...

SAGAL: There's a famous line in one of the early "Spider-Man" movies where he refers to his costume, and he says, there's a little binding in the crotch. Is that true of your superhero costumes?

SAGAL: So you are now an Oscar-winning costume designer.

SAGAL: You've been a leading costume designer on many, many films for many, many years. Does that put some pressure on you to dress when you got in public?

CARTER: Oh, no. I've always been the anti-fashion. I think that's what makes me kind of unique - that I'm not trying to please or prove myself to anyone. It's not in how I look. It's how I dress other people. Come on.

SAGAL: All right. Well, how about Halloween?

SAGAL: I would expect, if I - if you came to my Halloween party, which I hope you do someday, I would expect that you would walk in with, like, the costume. Is this...

CARTER: Yeah, that's why I don't go to Halloween parties.

GROSZ: Now you're done getting accolades, I feel like you don't have to, like, force your way to get accolades at Halloween parties. That's, like - that's for amateur. That's amateur hour. Once you win an Oscar...

CARTER: Everybody wants me to do their costume...

SAGAL: Yeah. Do you get that? Do you get, like, people - because it's Hollywood. People love money. And they call you up and say, I want to be an amazing Halloween costume.

SAGAL: Can I hire you to do it?

CARTER: They think high costume is a joke, you know, and I'm going to do a Halloween costume after I designed the "Black Panther."

CARTER: But I tell you, I'm not going to do it.

SAGAL: Well, Ruth Carter, what a pleasure to talk to you. We've invited you here to play a game we're calling...

SAGAL: You designed "Black Panther," so we decided to ask you about the orange panther - that is, Garfield.

SAGAL: Answer two out of three questions correctly, you'll win our prize for one of our listeners - the voice of anyone they might choose in their voicemail. Bill, who is Ruth Carter playing for?

KURTIS: Brent and Angie in Indianapolis. They are winners of the Wait Wait Quiz, available now on your smart speaker.

SAGAL: You ready to play, Ruth?

SAGAL: Here's your first question. Garfield was invented by his creator, Jim Davis, back in 1978. What inspired Mr. Davis to create the beloved character? A, his own cat, a beloved tubby tabby named Taft; B, his brother, who was fat, lazy, loved lasagna and occasionally cleaned himself by licking his hands...

SAGAL: ...Or, C, a desire to create, quote, "a good, marketable character," unquote, that would make him a lot of money?

SAGAL: It was C. He wanted to make a lot of money.

SAGAL: He did some research, and at the time, there were all these dogs in the comics but no cats. And he figured there were, like, 15 million cat owners who might enjoy a cat comic. So he created it to be popular, and it worked.

SAGAL: You have two more chances here. In 2004, "Garfield: The Movie" came out. It was panned by critics, of course. But Garfield was voiced by legendary actor Bill Murray. Why did Bill Murray agree to play Garfield? Was it, A, the producers agreed to pay him with a lifetime supply of Italian beef sandwiches from his favorite Chicago restaurant...

SAGAL: ...B, he mistakenly thought that the movie's screenwriter, Joel Cohen with an H, was Joel Coen of the Coen brothers; or, C, he was still angry that he wasn't allowed to provide a voice for the gopher in "Caddyshack."

SAGAL: As unlikely as it sounds, he thought that he was doing a movie that was written by one of the Coen brothers. And he says he didn't realize his mistake until he was in the studio recording his lines, and all of them were terrible.

SAGAL: All right. Last question - if you get this right, you win. Here we go.

SAGAL: Not every Garfield strip has been embraced by his fans, such as which of these examples? A, a 2007 strip in which Odie Burns an American flag while screaming, death to America...

SAGAL: ...B, a 1997 strip in which Jon's girlfriend Liz catches him wearing her underwear; or C, a series of strips the week of Halloween 1989 written as a horror comic in which Garfield faces his greatest fear - existential loneliness?

SAGAL: You're going to try B, in which John's girlfriend Liz catches him wearing her underwear.

SAGAL: So you're going to go for C, the existential horror. That's what it was.

CARTER: That was a hard one.

SAGAL: It was hard, but if you've never seen these very real comics from 1989, I highly recommend you look it up because Garfield, as opposed to being funny and chubby and angry - he wakes up in an empty house where no one is left. And he spends all week panicking because he's facing his greatest fear - loneliness.

SAGAL: Bill, how did Ruth Carter do on our quiz?

KURTIS: Ruth got two out of three, which is a win for us.

CARTER: I finally - oh, I won a second prize. Yay.

SAGAL: And it's got to be better, right - just all uphill.

SAGAL: Ruth E. Carter won the Oscar for costume design for "Black Panther" just this year. A museum exhibit featuring her designs is now traveling the world. Ruth E. Carter, thank you so much for joining us on WAIT WAIT... DON'T TELL ME.

SAGAL: Congratulations on the movie and the Oscar. And we look forward to what's next. Take care.

In just a minute, Bill's got sauce in the Listener Limerick Challenge. Call 1-888-WAIT-WAIT to join us on the air. We'll be back in a minute with more of WAIT WAIT... DON'T TELL ME from NPR.